From decorating trees to singing carols, many of America’s most treasured Christmas traditions come from all around the world. This year, draw inspiration from global food recipes and traditions and add something new to your holiday menu. Whether it’s Italy’s Feast of the Seven Fishes or a fondue party straight from Switzerland, read on for different ways to celebrate Christmas with festive dishes from all over.

Christmas Recipes From Around The World 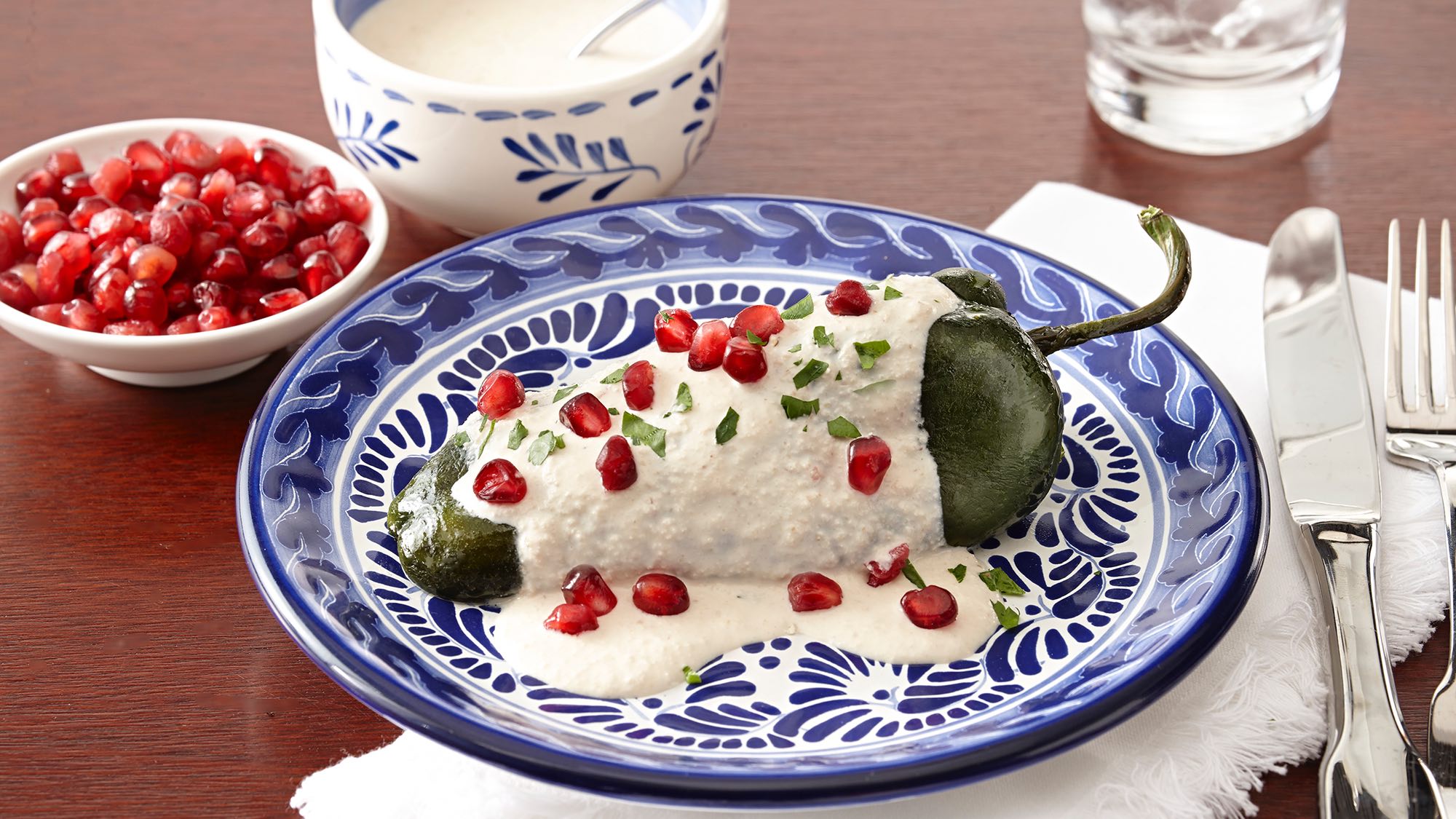 Red, green and white are instantly recognizable Christmas colors. But they also happen to echo the color palette of the Mexican flag, which makes Chiles en Nogada an especially festive — not to mention popular — Christmas dish in Mexico. 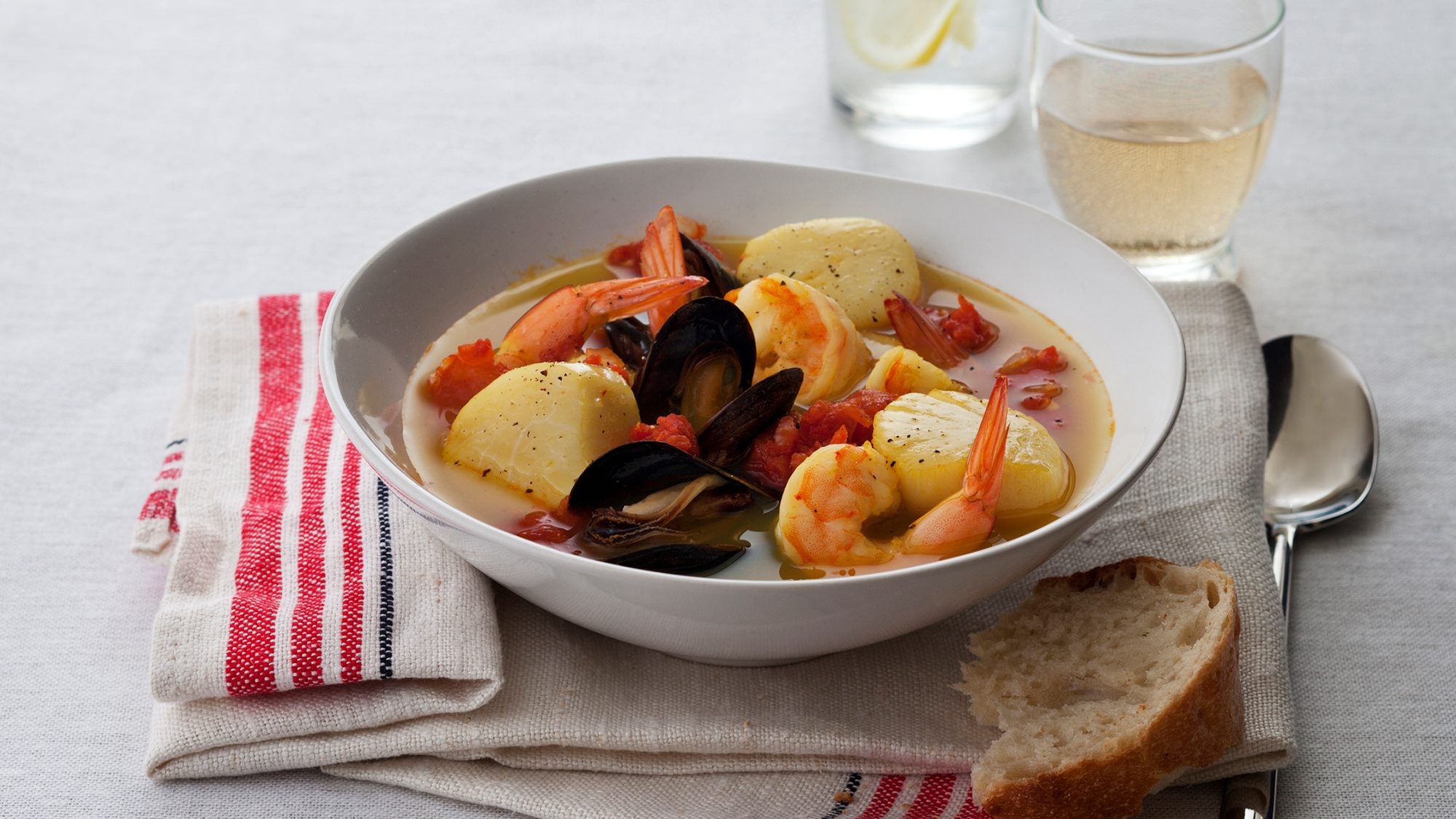 The Feast of the Seven Fishes

Though Italians have plenty of Christmas traditions that span the duration of the month of December, one of their most important food rituals actually takes place on Christmas Eve. Commemorating the time spent waiting for the midnight birth of Jesus, The Feast of the Seven Fishes involves, well, feasting on seven different forms of fish!

Try this Italian Christmas recipe Spiced Seafood Stew - it'll cover your bases for at least three different kinds of fish, although you can easily up the amount of stock and tomatoes in order to squeeze in four more (squid, clams, flaky fish and crab are all great options).

The trademark cumin flavor lends a Moroccan touch to the dish - plus spices like saffron, cayenne pepper, and Saigon cinnamon create a deep warmth that makes this traditional Italian Christmas dinner a glorious occasion. 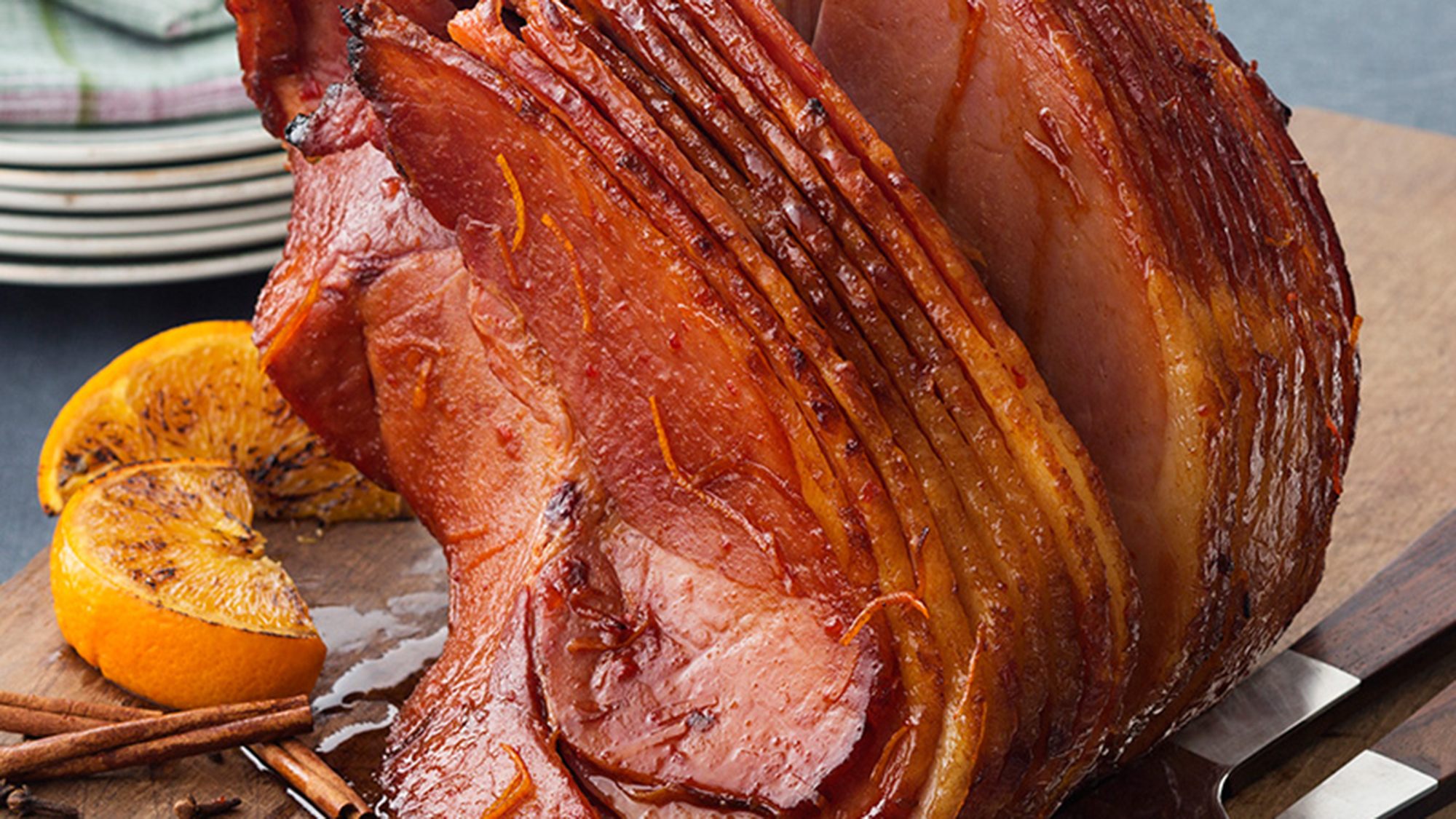 Holiday ham might seem as quintessentially American as apple pie. But did you know it also plays a key role in Christmas food rituals around the world? From Australia to Brazil to Finland to Jamaica to Panama to the Philippines, you’ll find it’s every bit as important an addition to end-of-year celebrations.

For this American Christmas traditional recipe, take a bite of our Orange Glazed Ham made with ground ginger, cloves, and cinnamon and marinated in an orange peel and red pepper jelly mixture - it’s almost like you’re holiday hopping across continents! 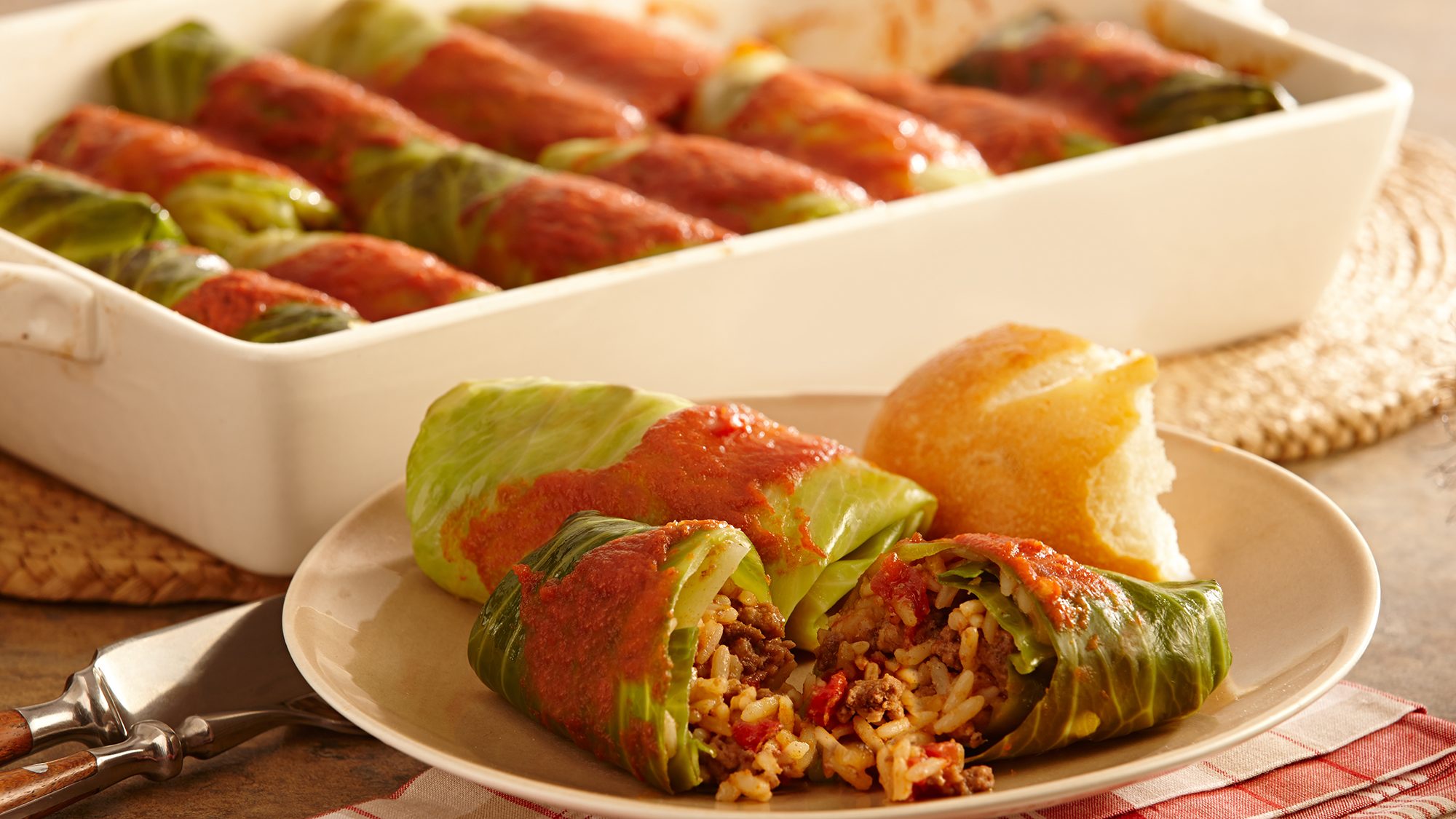 You’ve heard of the 12 days of Christmas, right? In Poland, they take it one step further by eating a total of 12 dishes on Christmas Eve. Symbolizing abundance, the tradition, known as Wigilia, also pays tribute to the 12 apostles and the 12 months of the year. And you can bet national favorites like cabbage rolls are always on the menu.

Whip up a batch of our Creole cabbage rolls - it's the American version of this Polish favorite. This Christmas appetizer features ground beef and sausage, but you can always go meat-free like the Poles do on Christmas, by swapping in mushrooms and Spanish rice. 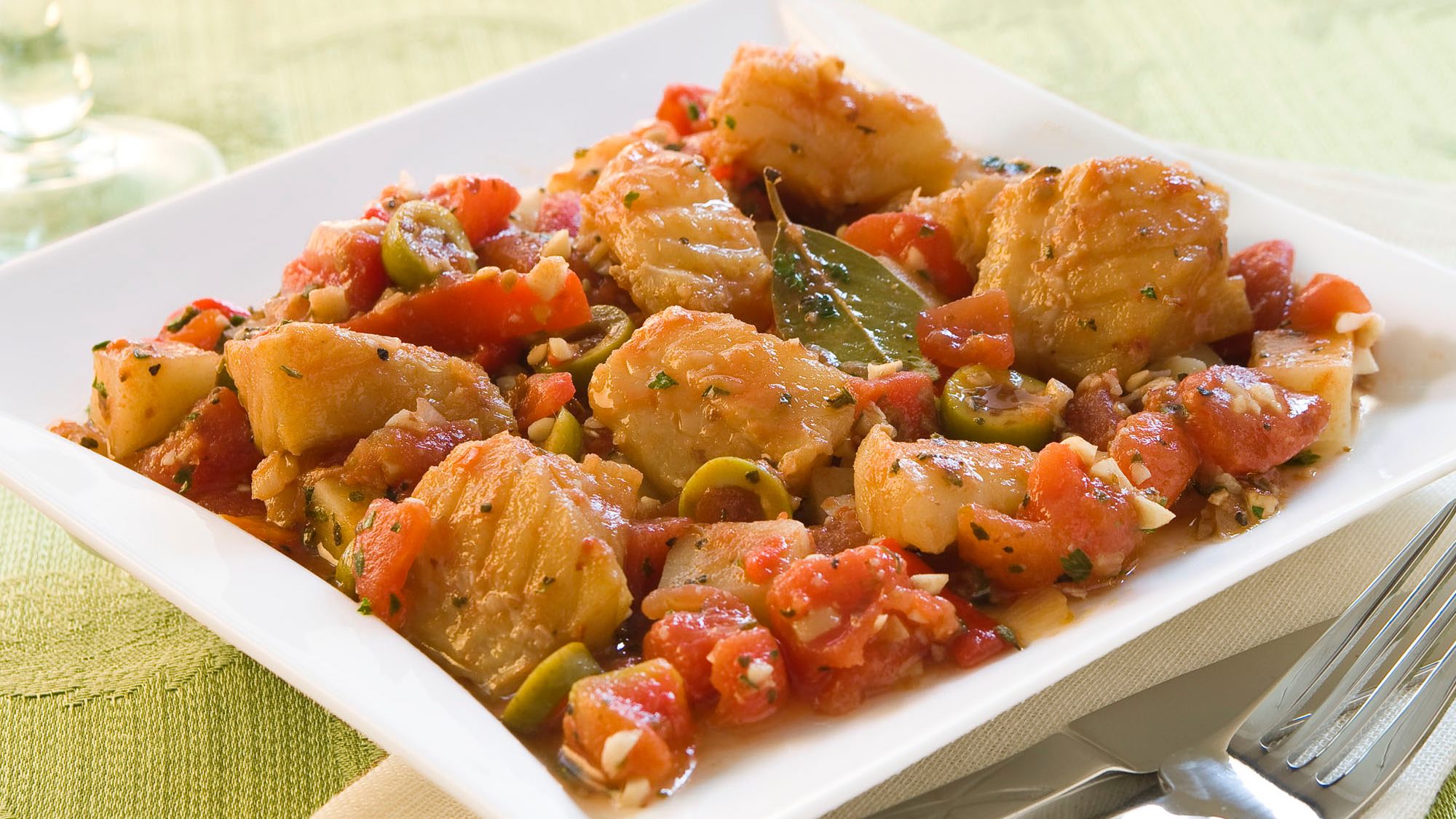 As far as Christmas celebrations around the world are concerned, it wouldn’t be Christmas in Portugal without Bacalhau: cod that’s been salted and dried and then used in a number of ways (also known as bacalao in Spanish speaking countries). Transforming it into a stew is one of the most traditional methods. We're confident this dish would earn a Portuguese seal of approval.

Sink your teeth into this tender, flavorful bacalao recipe with whole oregano, a couple of bay leaves, and crushed red pepper - the entire family will love the flaky texture of salted cod and hearty potatoes in this stew version of a Latin favorite. 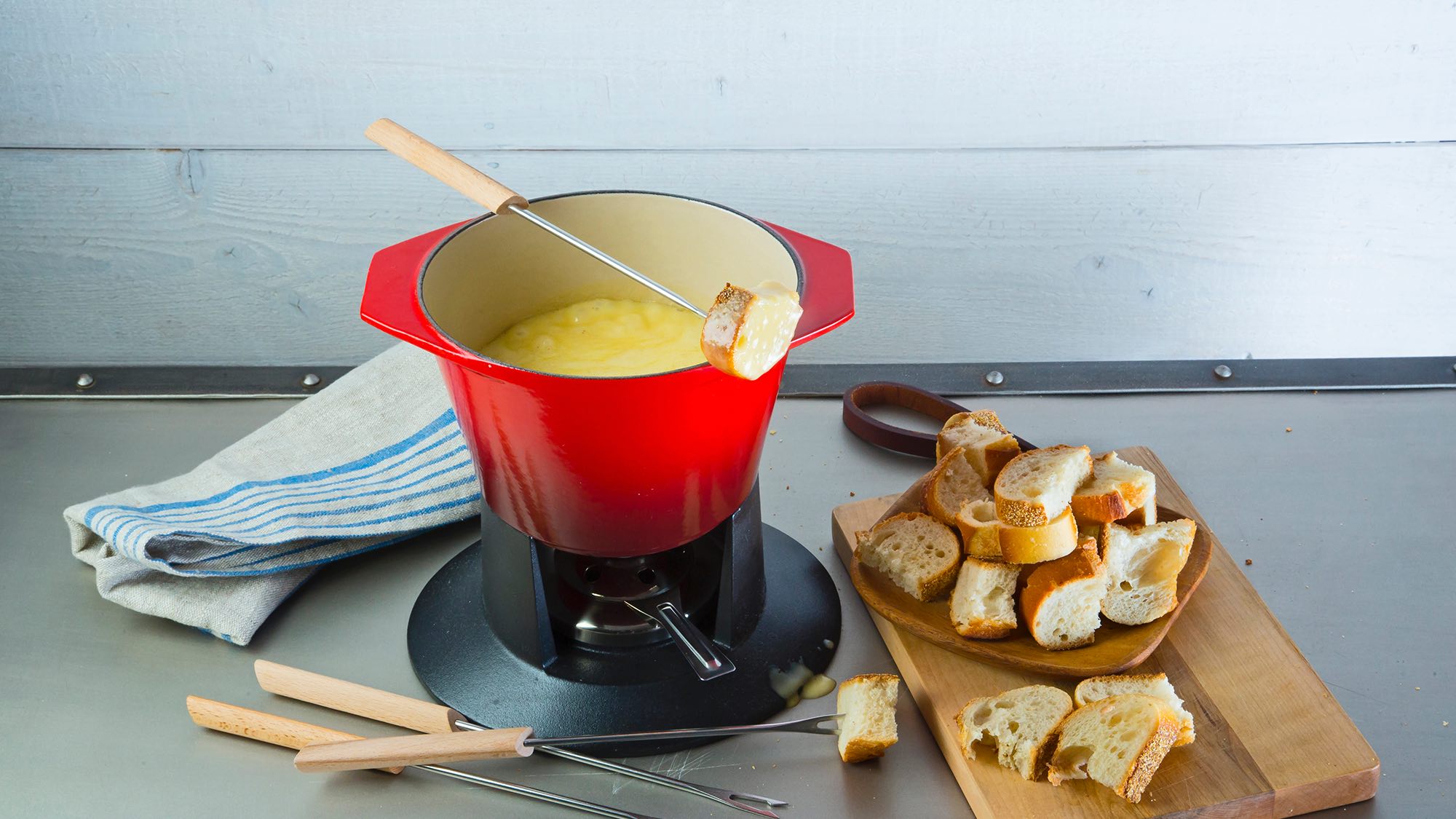 Fondue reached peak popularity in the 1970’s in America. But the practice of dipping meat, bread and veggies in melted cheese has never gone out of style in its native homeland, Switzerland.

So when it comes to Christmas traditions around the world, don’t be surprised to find the following saying engraved on your Swiss holiday dinner invitation: “Fondu isch guet und git e gueti Lune,” or “Fondue is good and gives a good mood.”

Try serving this almond flavored cheese fondue. It's an easy meat or veggie dipping sauce that everyone can dig into while playing festive music and enjoying good conversation. Add a pinch of ginger and cloves to add a bit of warm and spicy depth. 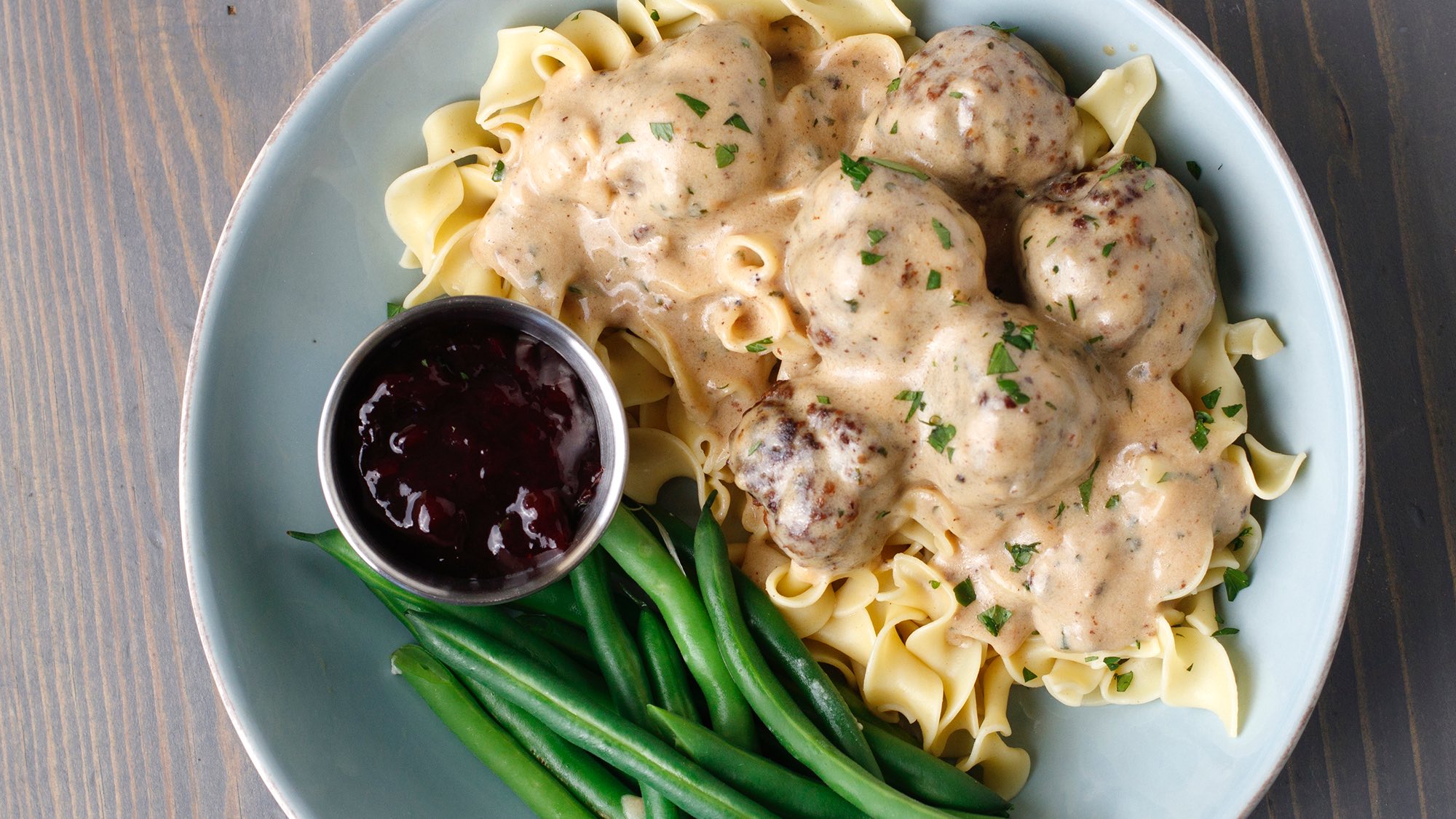 Not only are they perfectly proportioned for Christmas parties, but you’ll also be celebrating Swedish-style if you serve up platters of meatballs. Seriously, no Christmas smorgasbord in Sweden would be complete without rows upon rows of bouncy, cream-sauced meatballs. Try rolling 'em into bite-sized orbs and serving on sticks!

Make Swedish meatballs in less than 30 minutes and just 5 ingredients with this easy meatball recipe. With McCormick Swedish Meatballs Seasoning & Sauce Mix, you don't have to worry about finding the perfect seasoning. Just mix and cook! 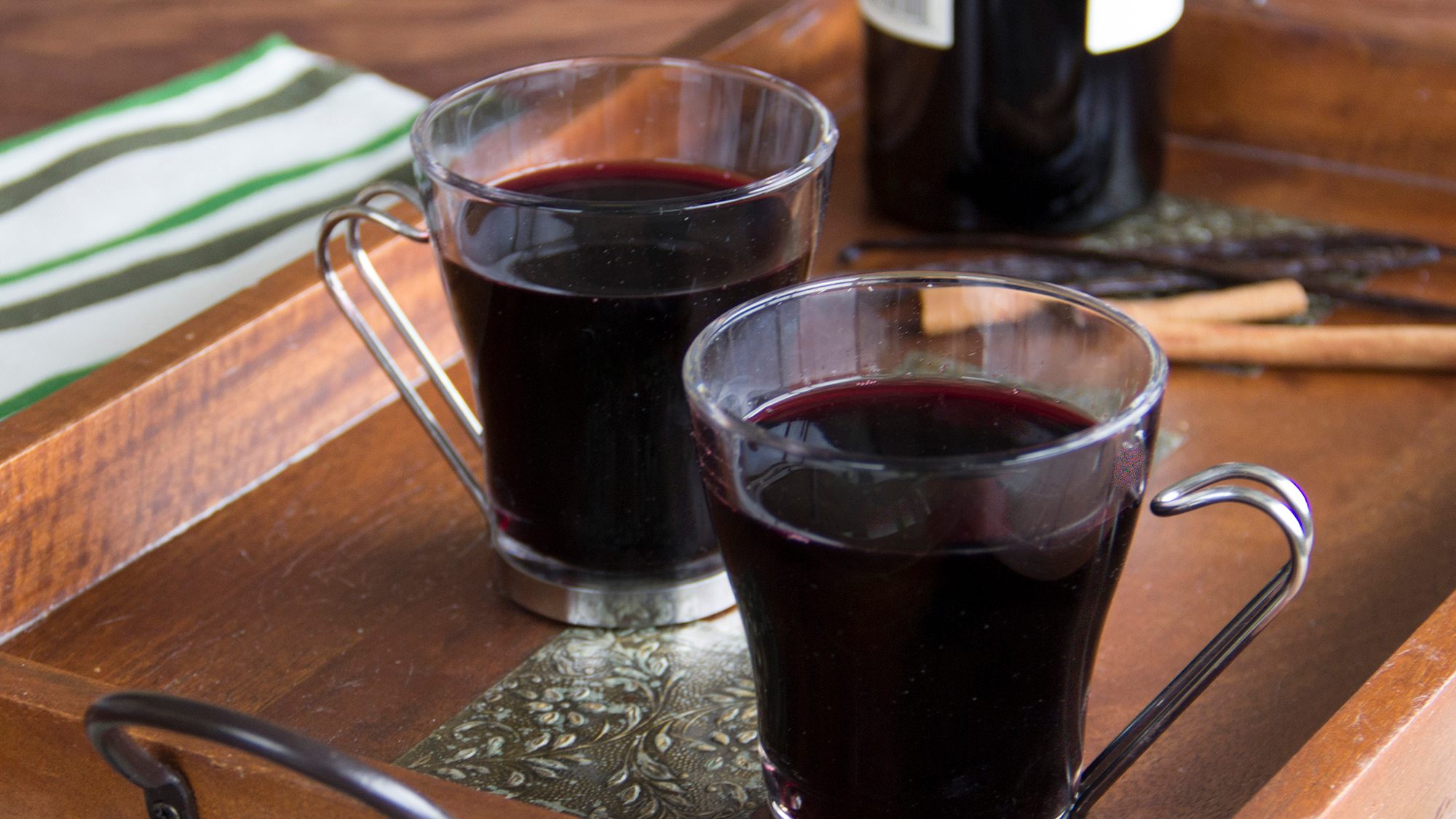 While Americans are partial to eggnog, Germans are more likely to raise a glass of Gluhwein — or mulled wine — during Christmas. Frequently found at holiday markets in Alsace, Germany, this warming drink is just as cozy to sip while sitting at home in front of a roaring fire, too.

So many of the best-known Christmas desserts from around the world come straight from Great Britain. Fruitcake, figgy pudding, plum pudding - you name it! But Trifle may have a touch more, shall we say, universal appeal than those first three.

Made by layering chunks of cake with pudding, fruit or jam and gobs of whipped cream, you'll love our gingerbread fruitcake recipe. It's especially seasonal since it showcases spicy gingerbread. 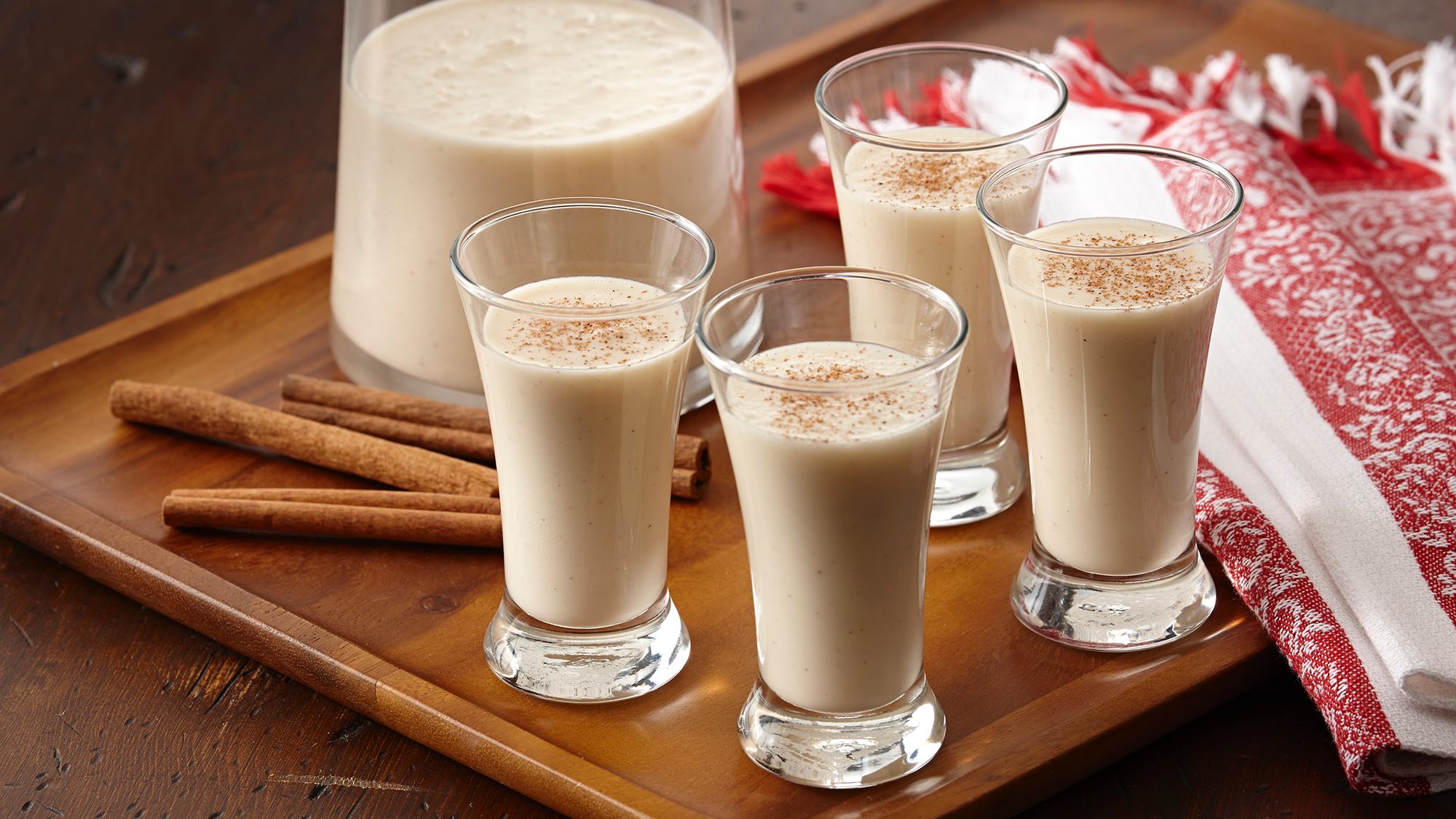 When it comes to fun Christmas recipes from around the world, it’s hard to beat Coquito. Originating from Puerto Rico, the signature Christmas drink is similar to eggnog, except that it’s made with cream of coconut, sweetened condensed milk, and plenty of white rum!

Make this traditional Puerto Rican holiday drink today - and make sure you add in vanilla extract, ground cinnamon, and ground nutmeg. You'll be the life of the party.

Want even more meal inspiration for Christmas? Check out these Christmas recipes here. Learn about other holiday traditions and recipe favorites below.

Need help planning for Christmas recipes or your weekly meals all year round? Save your favorite food, dessert, drink recipes and organize your ingredients with McCormick Meal Planner.