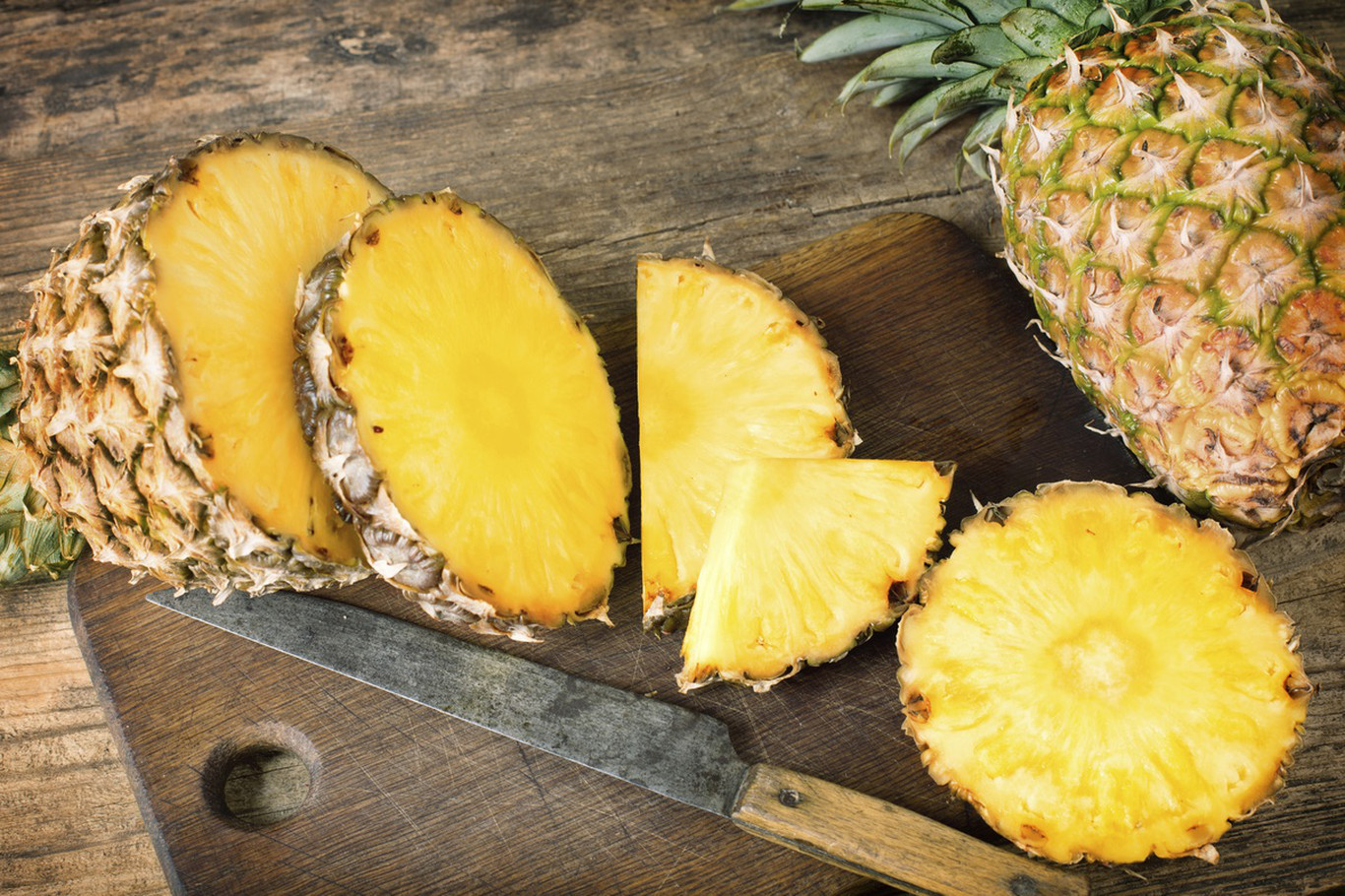 Even during the coldest and darkest days of winter, there’s nothing quite like a pineapple to transport you to the tropics! Native to Paraguay and Southern Brazil, the sunshine-colored fruit made its way to South and Central America followed by the Philippines, before landing in the Americas by way of Hawaii — which remains a primary stateside producer — in the 16th century.

When Is Pineapple Season?

Although widely available year-round, peak pineapple season lasts from March until July. This is when you’ll find the sweetest, juiciest fruit. 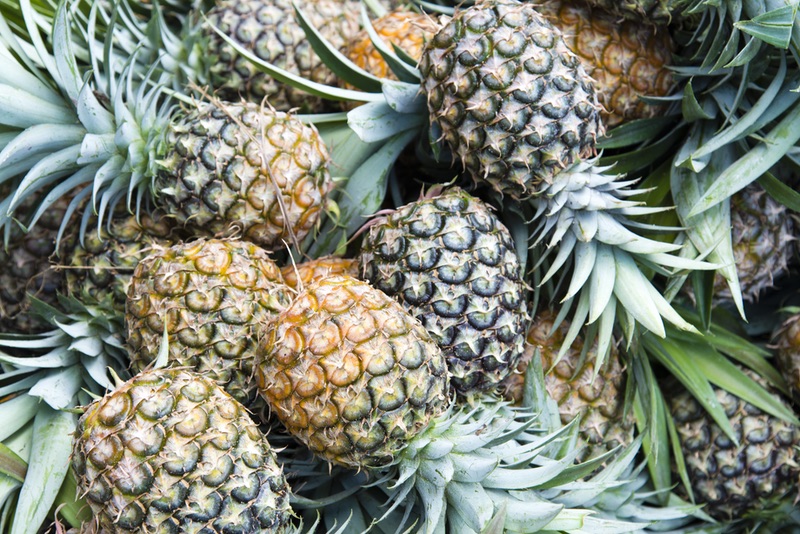 The two main American-grown varieties of pineapple are the tall and cylindrical Cayenne, which has sugary golden-yellow flesh, long, spear-shaped leaves, and is generally cultivated in Hawaii, and the shorter and plumper Red Spanish, which has golden-brown flesh and leaves that radiate from multiple tufts, and hails from Florida and Puerto Rico. While not commonly available in the U.S., other pineapple cultivars include the small and crisp Queen, the Singapore Spanish, which is often used for canning, and the supersized Sugarloaf, with white flesh and an edible core.

How To Pick A Pineapple

When it comes to picking a ripe pineapple, you’ll want to select a specimen that feels heavy for its size, and has a noticeably sweet aroma on the stem side. It should be easy to pluck out a leaf, and the “eyes” on the skin should be flat, shiny and bright. Avoid any that have soft spots or bruises, yellowed leaves, dark eyes, or withered skin.

How To Prepare Pineapple 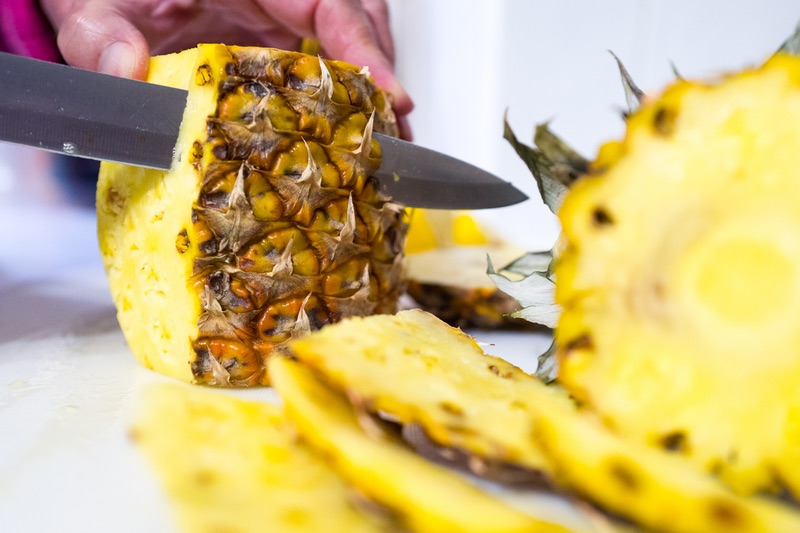 How To Store Pineapple

A whole, fresh, uncut pineapple can be kept at room temperature for up to two days, or in a plastic bag in the refrigerator for up to four days. Trimmed and cut pineapple can be stored in an airtight container in the refrigerator for no more than three days. Chunks can also be flash frozen and stored in an airtight bag or container in the freezer indefinitely.

While you can certainly use canned fruit (available in tidbits, chunks, or rings), there’s nothing quite like the succulent sweetness of a fresh pineapple, enjoyed in one of the following pineapple recipes!

Spiced Sweet Potato and Pineapple Casserole: Say hello to your new favorite holiday side dish. Instead of marshmallows, fluffy sweet potato mash gets topped with clouds of crushed pineapple, and handfuls of spiced and toasted nuts.

Thai Pineapple Shrimp Fried Rice: The most delicious possible use for plain white rice (even leftover takeout rice!), this dish gets a bright, summery vibrancy from shrimp, pineapple chunks, 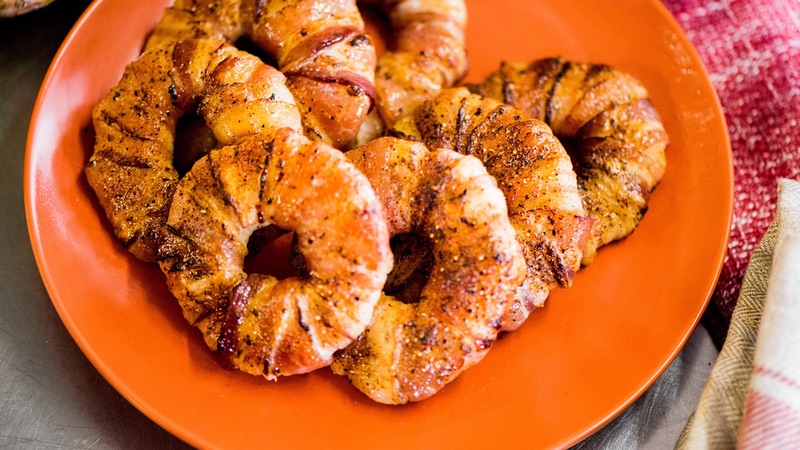 Spiced Bacon-Wrapped Pineapple: Get the party started with this awesome appetizer of juicy pineapple rings, wrapped in salty and meaty bacon and broiled.

Pineapple Steaks with Toasted Coconut: Let pineapple take center stage, by cutting it into thick “steaks,” marinating it in spiced coconut milk, and grilling it for an exceedingly smoky and savory effect. 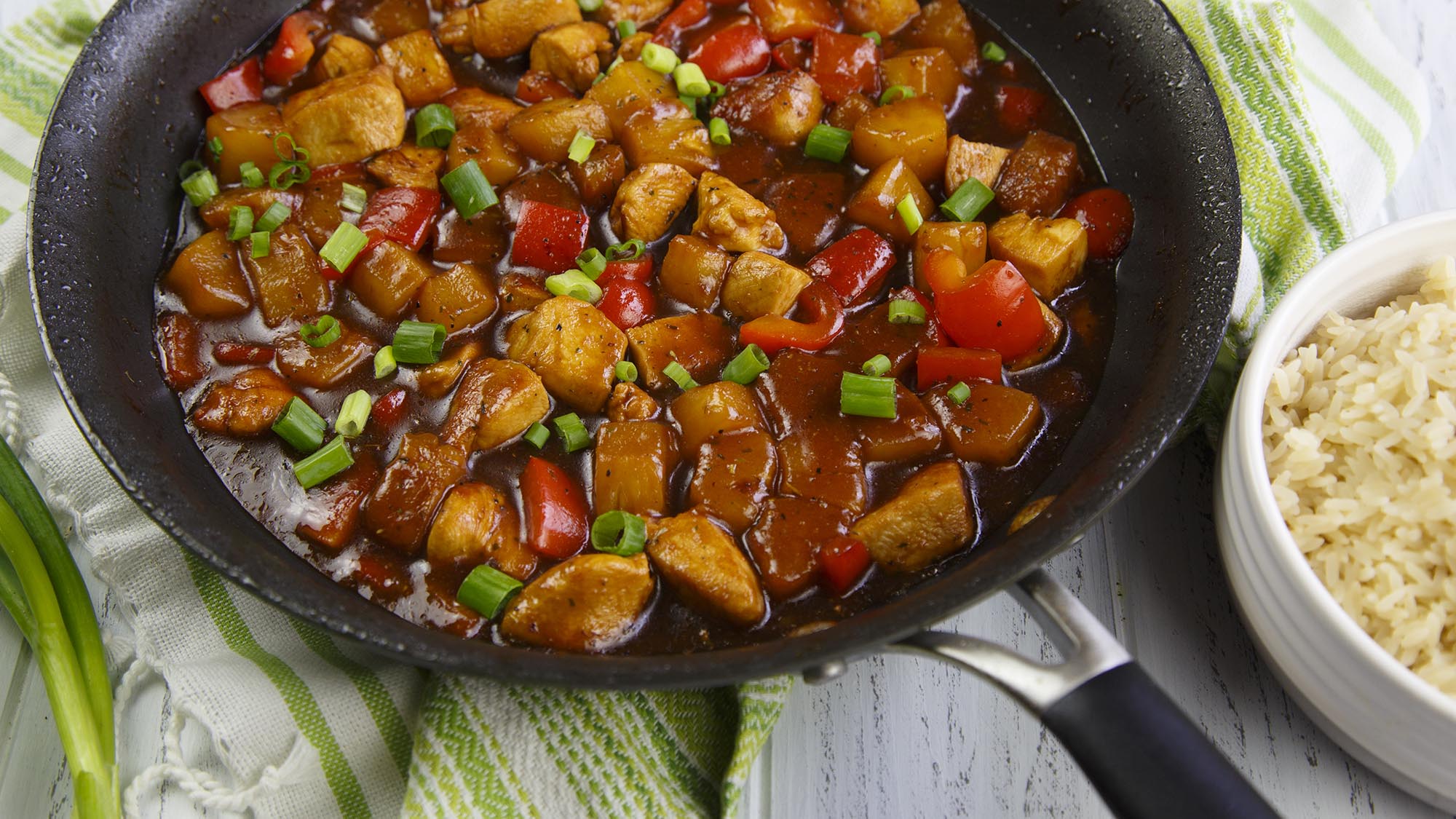 Pineapple Carrot “Cake” Shaved Ice: This uniquely refreshing treat takes the flavors of carrot cake (including pineapple, cream cheese, sweet spices and carrots), and turns them into an icy and slushy dessert.

Learn More About Cooking With Pineapple

Other Delicious Fruits You Should Try In Your Recipes

Save your favorite pineapple dinner and drink recipes and organize your ingredients with McCormick Meal Planner.  Make meal prep simple by creating a Flavor Profile, so you can store your favorite recipes and create grocery lists for easy shopping. If I had to pick a favorite BBQ appetizer, it would probably be deviled eggs. They are savory, the perfect size, and have a decidedly retro feel...

How to Get the Smell of Garlic Off Your Hands 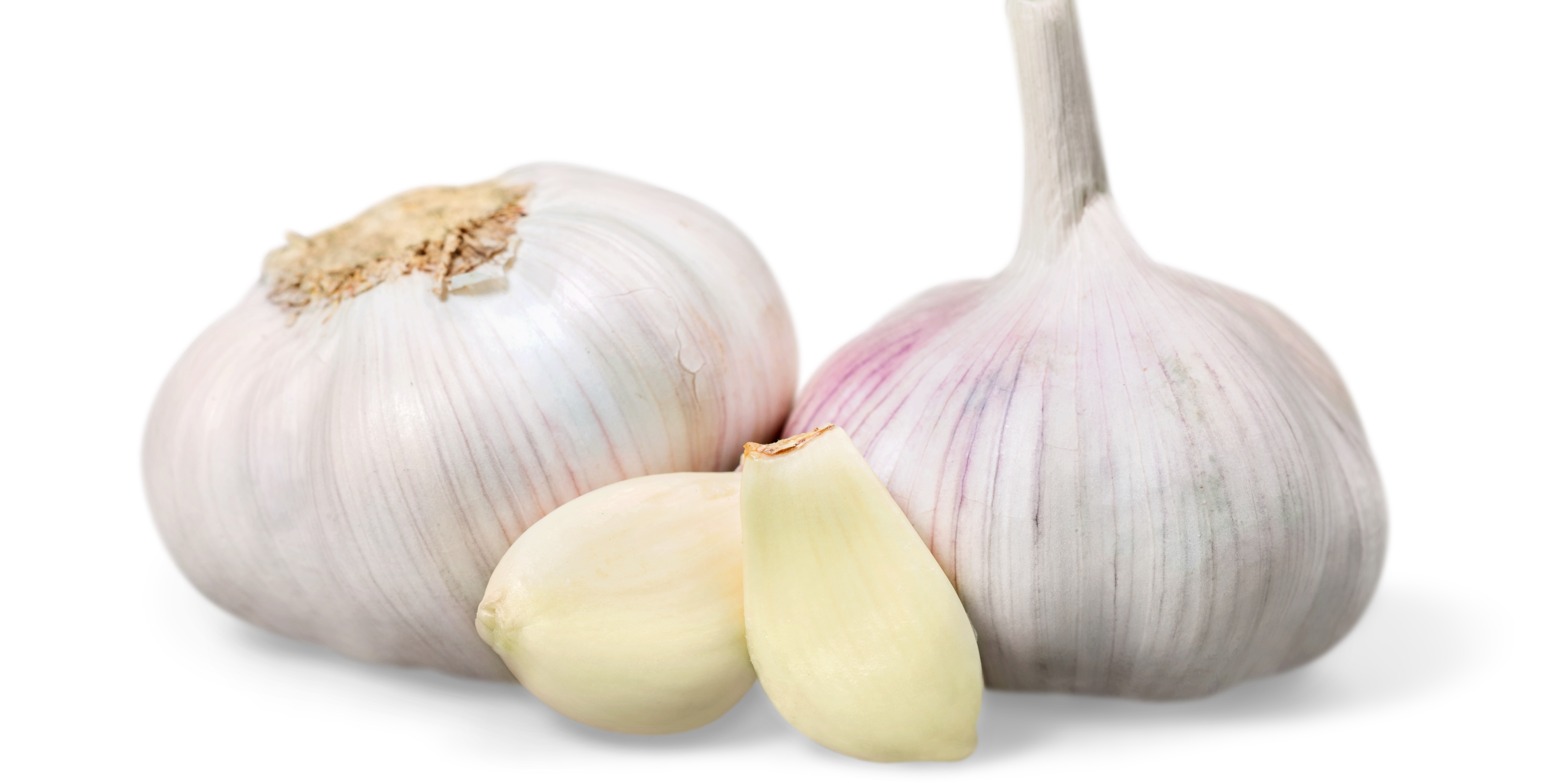 How to Get the Smell of Garlic Off Your Hands

You’ve just finished whipping up your world-famous lemon-garlic dressing, and while all your dinner guests are thrilled with their ensuing salads, you’re vaguely horrified by the odor... 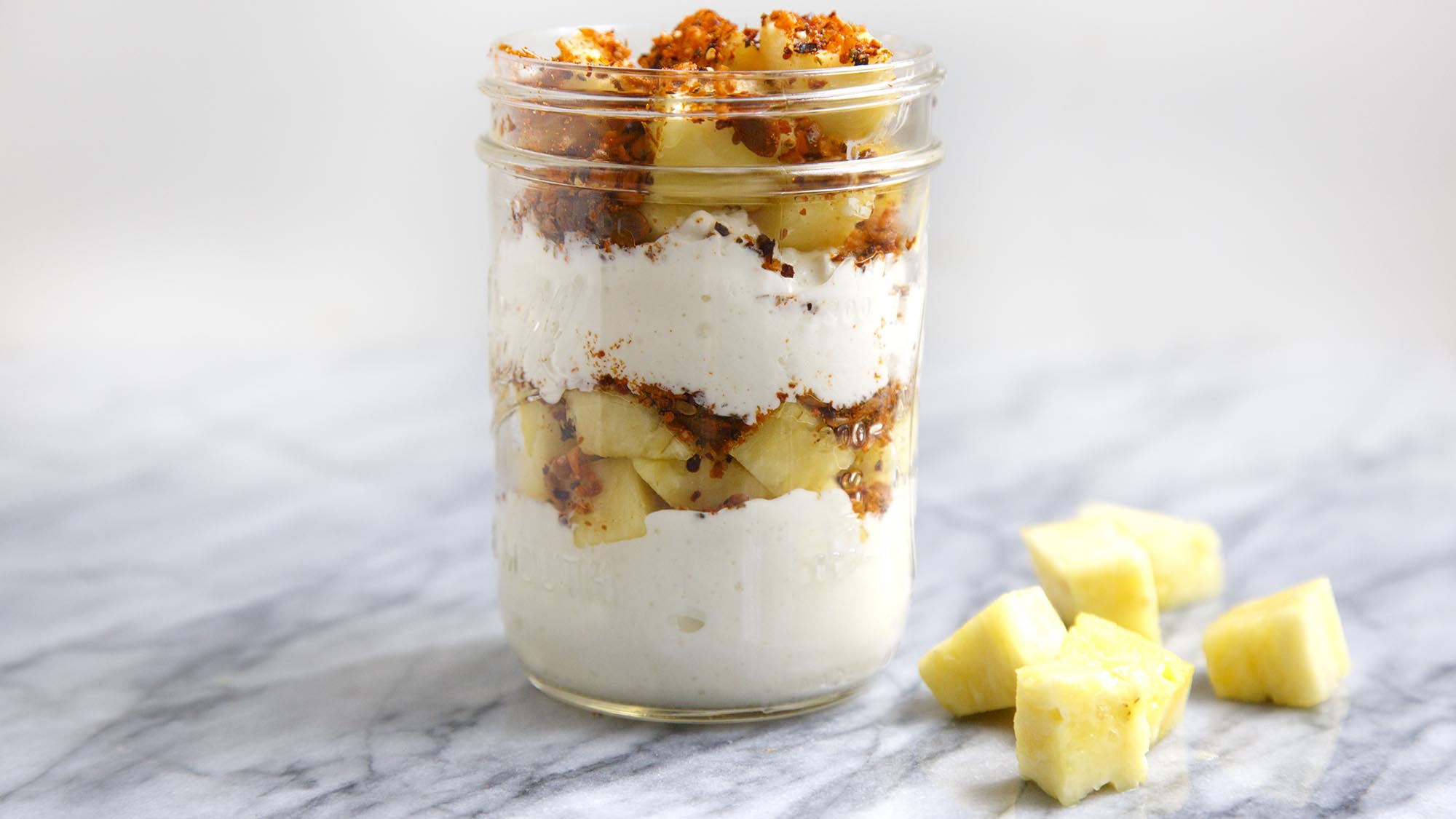 Trying to cut carbs from your diet? There’s no reason that should take anything away from the pure enjoyment of eating. We’ve got a day’s worth of...

Easy Vacation Meals and Meal Planning Tips for Your Next Trip 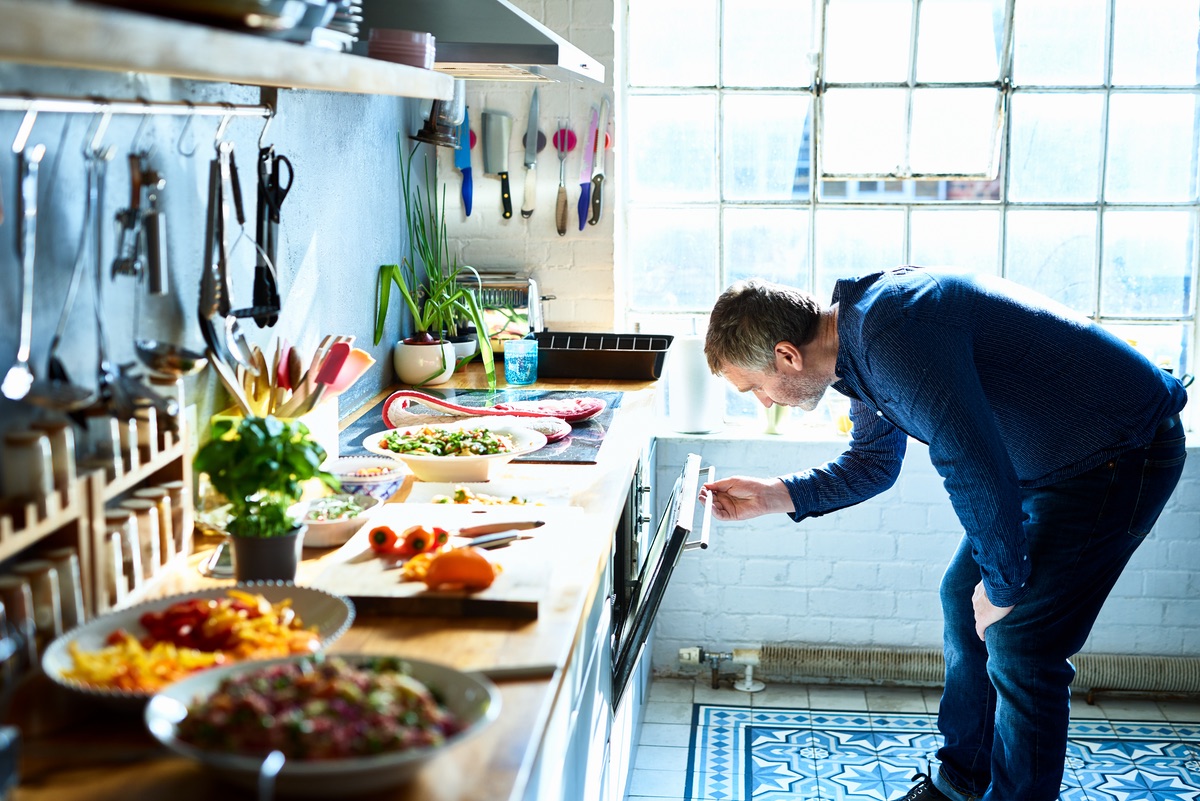 Easy Vacation Meals and Meal Planning Tips for Your...

Staying in a vacation rental offers a few advantages over a hotel, including the option to make better-for-you meals at your (temporary) home. Sometimes you can prepare... 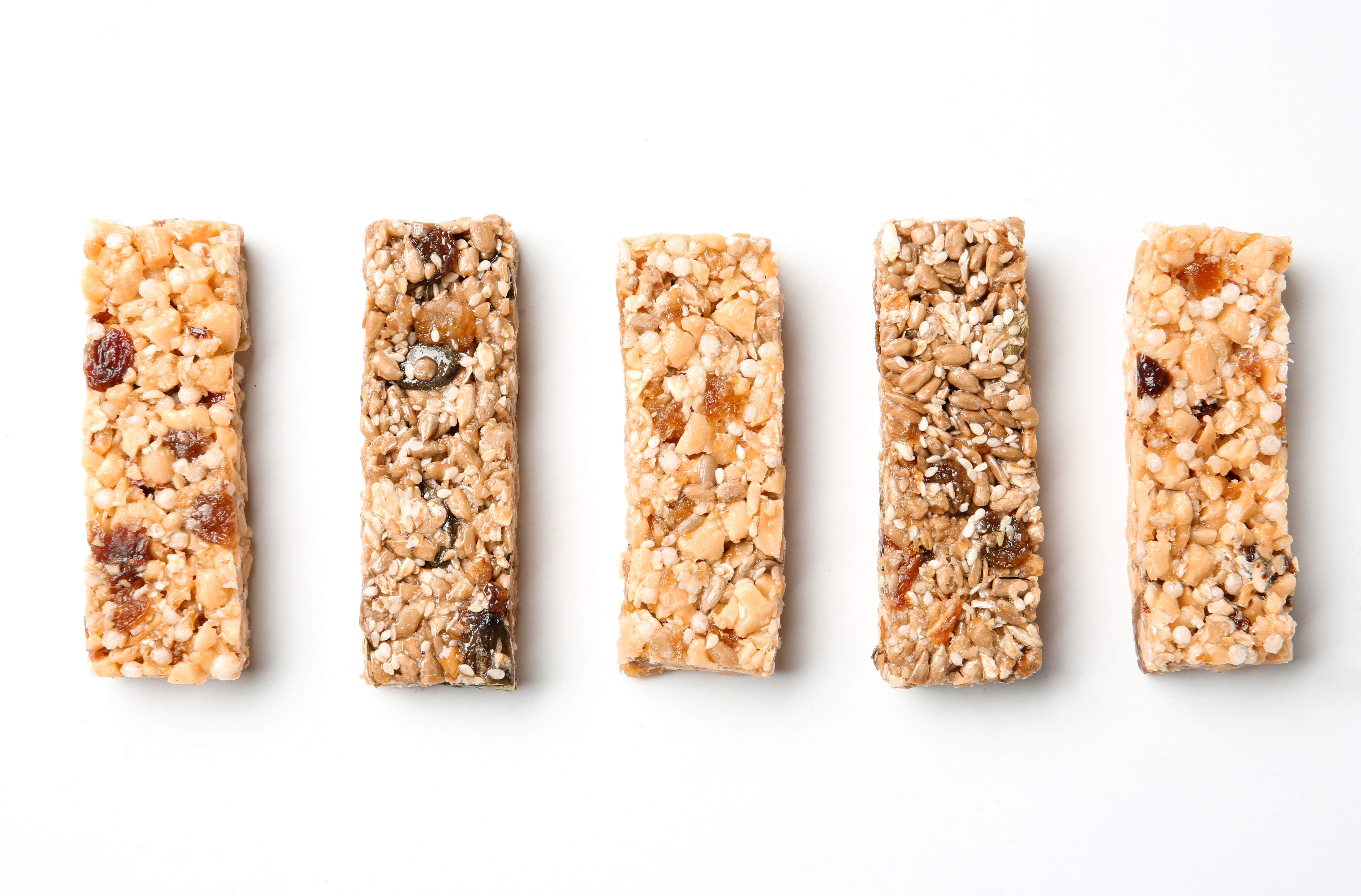 The first meal of the day can be surprisingly tricky for vegans. After all, so many popular dishes are dependent upon eggs, dairy and meat. So what...