This Tropical Fruit is the Star of the Show

This Tropical Fruit is the Star of the Show

When it comes to tropical fruits, people often think of pineapple or mango. There's another often-overlooked contender for your fruit salad, though: carambola! What is carambola? Often referred to by its nickname, star fruit, it can level up your dishes with a powerful mixture of shape, color, and taste.

What does star fruit look like? It has a distinctive shape that also provides its nickname. Five ridges run along its length. When cut crosswise, they create a star-like shape.

How Do You Eat Star Fruit?

You can eat it raw, and it has a grape-like texture with little of the fiber that you'll find in citrus fruits. Check out some of our star fruit recipes below to see how to also cook with this delicious fruit as well. 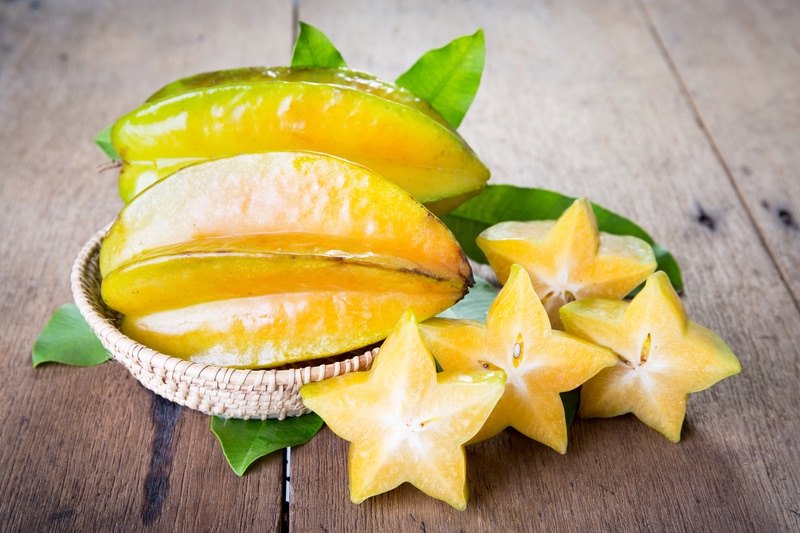 Where Do Star Fruit Grow?

Carambola has its origin in East and Southeast Asia, and Micronesia (the thousands of islands that dot the Pacific). It has since spread to the Caribbean and is even grown in the southwestern US and Hawaii. People living in the US who buy carambola from the local supermarket will probably be eating The Arkin variety, grown in Florida.

The Floridian carambola harvest runs from June until February, but peaks in August and September and again in December until February. This means that it's available for a lot of the year, making them a great source of vitamin C during the winter months, but it's important to buy them in the right condition.

How to Tell if Star Fruit is Ripe

You can tell a ripe carambola because it produces more juice when it matures. It will also have reached its proper yellow color with brown tints along each ridge rather than its premature green, and it'll still be firm to the touch. An over-ripe carambola will develop brown spots. Avoid star fruit past its prime, because it gets mushy and its taste will change. It's better to buy one a little early and leave it for a few days to ripen (make sure you keep turning it on the counter so that it ripens evenly). 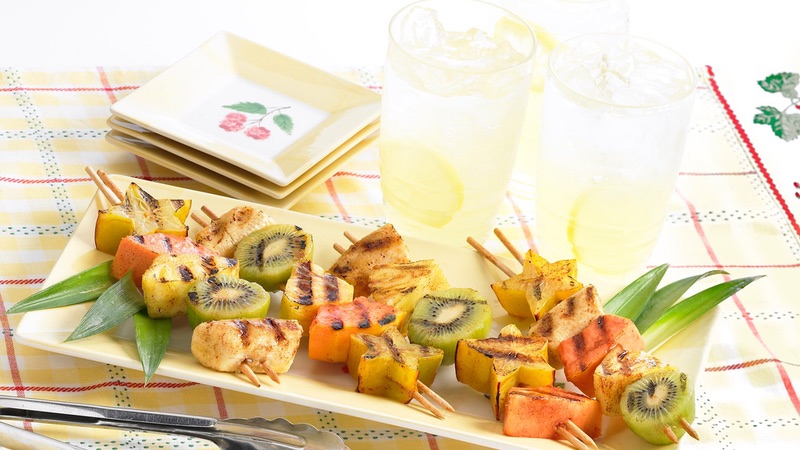 Star fruit goes well with a variety of ingredients, including other fruits like apples, but also seafood. Prepare them by trimming away the thin brown part along each ridge, and then cutting off the flatter end where the stem was. Then, slice the fruit to get that beautiful star shape, and take out the seeds (there should be up to 12 in total). These aren't edible.

Carambola is a versatile fruit. We've seen people marinade it with steak before barbecuing to make it sing with flavor, or cook it atop chicken breasts. You can also toss it into stir fries, where it keeps some of its firmness after cooking.

You can dispense with the meat altogether, cooking star fruit recipes that combine with other fruits as an extra ingredient. One example is this convenient Rum-Ba Fruit Skewers recipe. For an adult-friendly variation on a theme, try these Sweet and Spicy Grilled Fruit Skewers, which includes a little rum in the mix. Both of these star fruit recipes have something in common, combining warm flavors like cinnamon, cayenne or chili pepper, and ginger.

In parts of Asia, imaginative cooks use star fruit in conjunction with these and other spices like cloves and five-spice powder to create preserves, producing a flavorful addition to other dishes.

You can also put carambola in fruit salads or juice it for inclusion in drinks (it goes very well with pear juice). It doesn't just go well in your glass, though; it also looks nice on the side. Include a slice as a garnish for your cocktail or mocktail. Its distinctive shape adds a convenient tropical flair.

That's one of the best things about star fruit: it offers colors and flavors straight from the Pacific that you can use both in late summer and through the winter.