We love tracking food trends. After all, they offer fascinating insight into what people are currently eating and why. Yet while the word “trend” usually references flash-in-the-pan crazes destined to eventually fizzle out, we’re mostly interested in the ones that can stand the test of the time. We want to go beyond targeting new and current food trends and call out some of the ingredients and cuisines that rose to the top of the food world this year, and are more than likely to stay there. 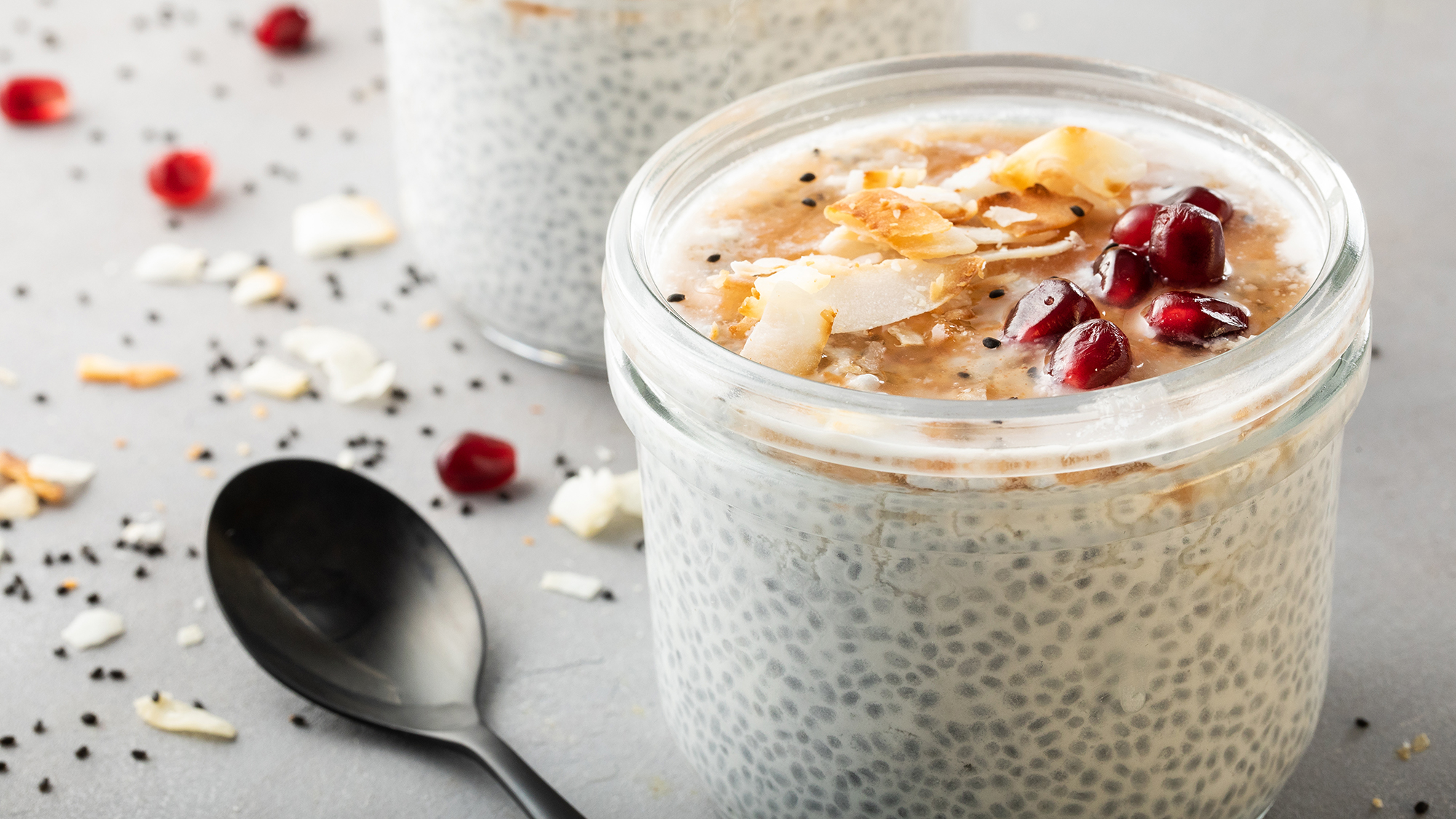 Seeds are scattered across our feeds, with countless stories and recipes celebrating their incredible crunch, unique flavor, and numerous health benefits, which makes them one of the top trending health foods. We’re all familiar with sesame seeds, which have long been beloved by cultures around the world. Think tahini (sesame seed paste) in the Middle East, sesame oil in China, sesame seed-based mole in Mexico, and sesame bagels in the United States! And considering there’s a striking black variety in addition to the more common white, they’re the literal yin and yang of the seed world. Used together, they provide a dramatic contrast on all sorts of dishes, from gomasio — a savory Japanese seasoning, to our fun spin on black and white cookies!

Used in China for centuries, the rest of us have finally begun loving on lotus. Considered a superfood, and containing high deposits of protein and fiber, the seeds don’t actually bring much to the table, flavorwise, which means they can be used as a blank slate. Tossed with olive oil and seasonings and then roasted, lotus seeds make a great, crunchy snack. They can also be swapped in anywhere you use garbanzo beans (thanks to their similar size and texture), or even hominy, as evidenced in this unique recipe for Green Chili Pozole!

Basil seeds make another exciting addition to one’s pantry cabinet. Since they absorb liquid much faster than chia seeds (we’re talking 15-20 minutes!) the jelly-like orbs can act as a thickener, or be added to parfaits, puddings, smoothies, dips and more. 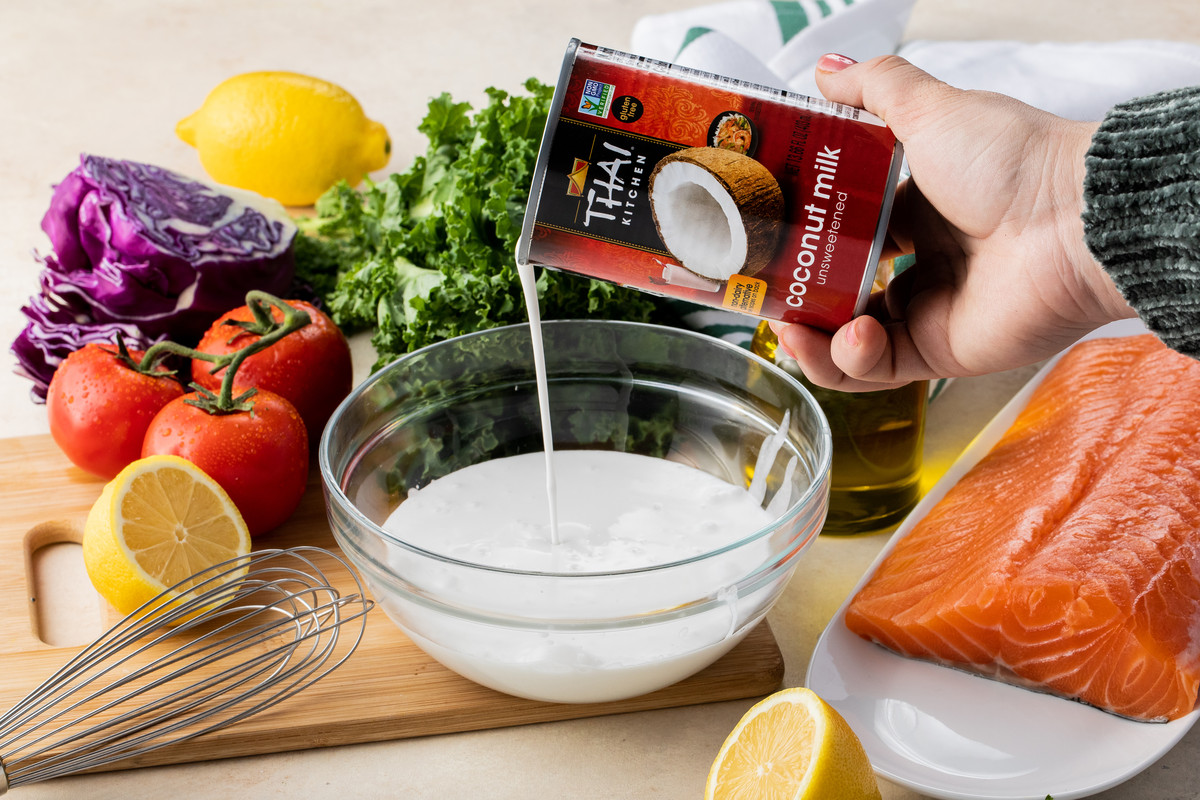 This consistently trending ingredient is a staple in many kitchens and continues to be a top pick in 2020. If you don’t do dairy or are committed to keto, coconut milk is your saving grace. Squeezed from the grated flesh of mature coconuts, this incredible elixir is thick, creamy, and rich in good fats. Not only that, but it’s the ultimate recipe hack for anyone with diet restrictions (or, you know, is just a fan of full-on flavor). High fat and low carb, it makes a great base and thickener for soups, salad dressings and curries. And if you’ve ever tried baking sans dairy, you know how tricky it is. That’s where coconut milk comes in, lending silky sweetness and acting as an ideal binder for anything from ice cream and pudding to cake and pies. 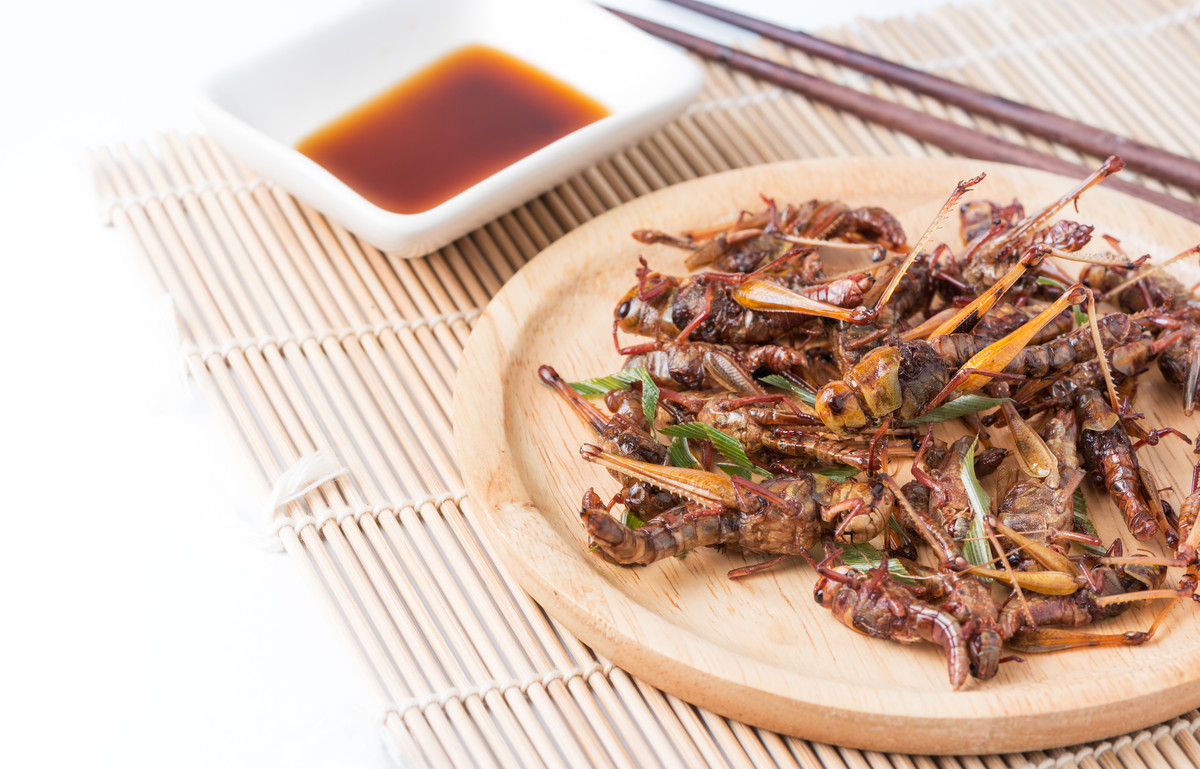 We’re bugging out (literally) over this small carbon footprint protein, which is an eco-friendly alternative to eating meat, topping the list for trends in sustainable foods. Having long been a vital dietary staple in many countries, bugs have made their way to the national stage, in the form of cricket powder (easily incorporated into baked goods, like Cranberry Orange Bread or Apple Cinnamon Pancakes), or enjoyed as snacks. Try chapulines (grasshoppers), which have a tangy flavor similar to salt and vinegar potato chips, dried mealworms (dusted with seasoning and roasted, they’re super crunchy and unexpectedly addictive), or edible ants, which offer a bright, citrusy quality. 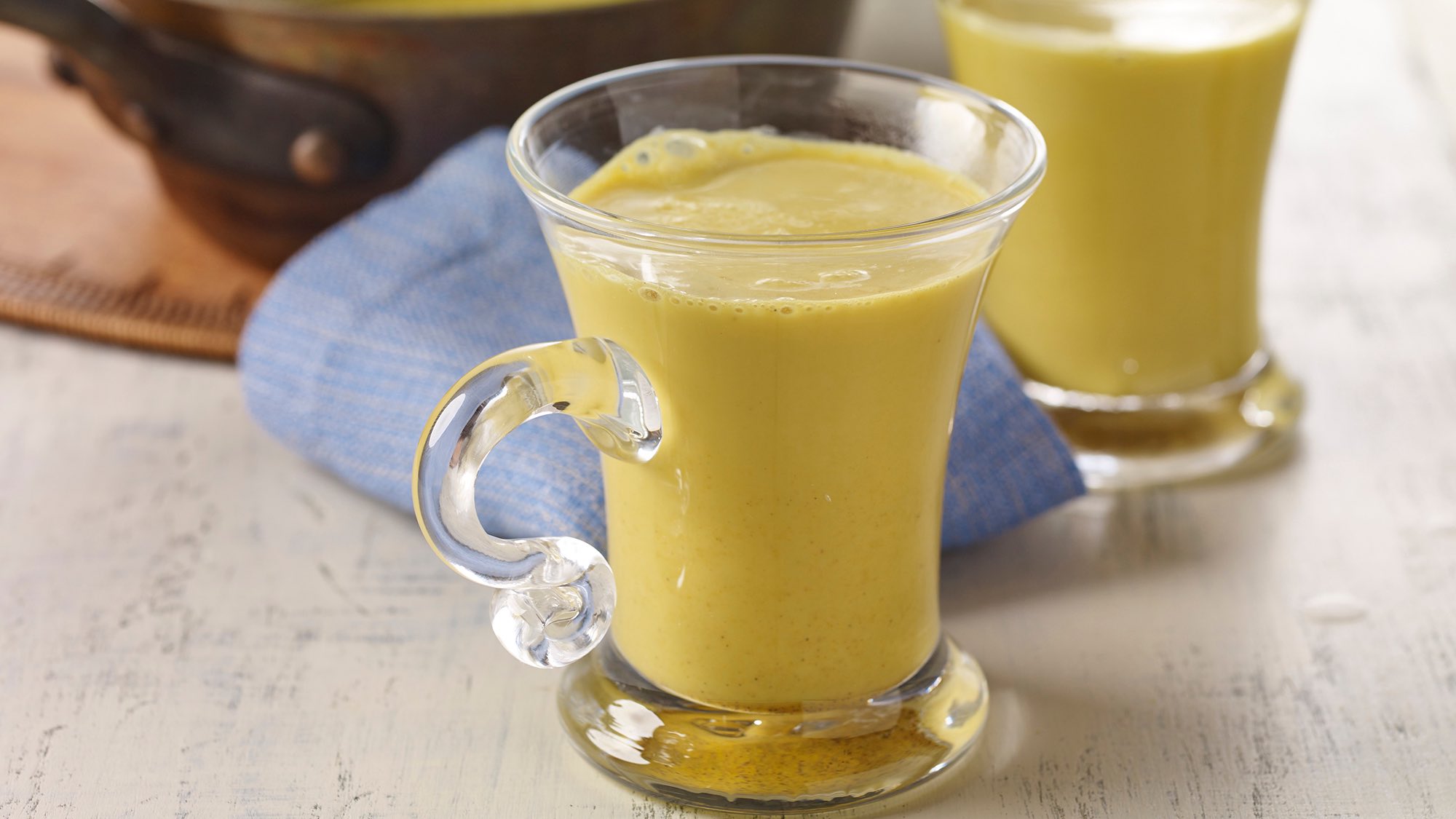 This spice has been used for centuries for its health benefits, placing it above and beyond another health food trend, and continues to get adopted into new recipes. The current obsession with golden milk tells you everything you need to know about turmeric. Yes, it adds visual wow-factor, tinting everything it touches a cheerful, sunny yellow. The spice is a nutritional powerhouse as well, revered for its anti-inflammatory and antioxidant properties. Oh yeah, and it’s terrific to cook with to boot. Turmeric adds earthiness to soups and curries, tang to dressings and dips, a nuanced sweetness to savory dishes and a slightly sweet element to savories. Essentially, it brings balance (and eye-popping color!) to anything that emerges from your kitchen. 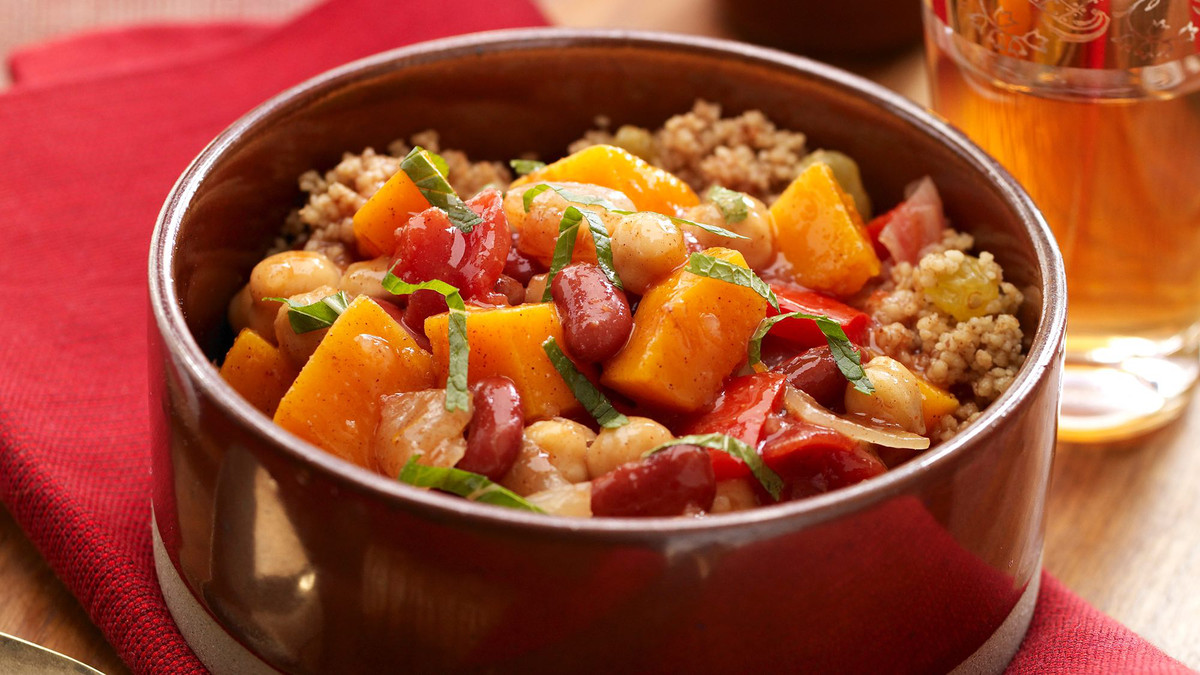 One continent, so many diverse and complex flavors. From Morocco to Ethiopia to the Ivory Coast, the various regions of Africa present endless opportunities to expand your culinary repertoire.

North Africa favors warm spices, such as saffron and cloves, and first adapted semolina into couscous. West Africa is known for fufu — cassava flour and water, pounded into a dough — and gorgeous grains of paradise; dried seeds with a cardamom-like flavor and black pepper heat. East Africa is made up of an especially varied range of cuisines, including halal Somalia, landlocked Uganda, and the Swahili Coast, specializing in barbecued meats and curries. Central Africa stayed free of outside influence until the 19th century, so their cooking makes use of ingredients native to the region, such as peanuts, sorghum, okra and sweet potatoes. South Africa is just the opposite, resulting in a real melting pot of flavors; settlers from Netherland imported allspice, Javanese and Malaysian slaves introduced chilies and sambal, and Indian settlers popularized bunny chow, a hollowed-out bread bowl, brimming with curry.