Talk about a power player in the kitchen! Peppery, sweet, zesty allspice hints of many spice-cupboard favorites, including cloves, cinnamon and nutmeg. You can use it in place of any of those spices, and then some. But don’t let its name (or its flavor) fool you: Allspice is actually the pea-sized berry of an evergreen tree, native to the Caribbean and Central America. We love how it goes from sweet to savory, as in pumpkin pie, spice cake, spicing for sausage and glazes for ham. It’s a key flavor in Jamaican jerk seasoning, the fiery blend of herbs and spices that turns chicken or pork into an instant party. Use whole berries rather than ground allspice for slow-cooked stews, braises, mulling and pickles. The aroma of crushed allspice berries will immediately bring to mind the sunny warmth of the Caribbean.

Q: If I don’t have whole allspice on hand, what makes a good substitute?

A: If you have ground allspice on hand, you’re in luck! It’s stronger than whole allspice, so use just a pinch or two for each 1/2 teaspoon of whole allspice in slow-cooked stews and pickles. Whole cloves are another good stand-in. You can use them in equal measure. 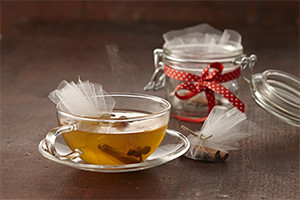 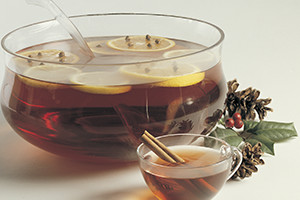 Harvest Pork with Apples and Sauerkraut 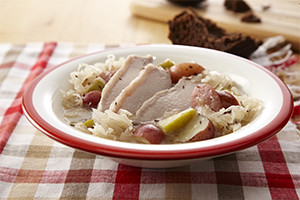