How To Boil Corn On The Cob

How To Boil Corn On The Cob 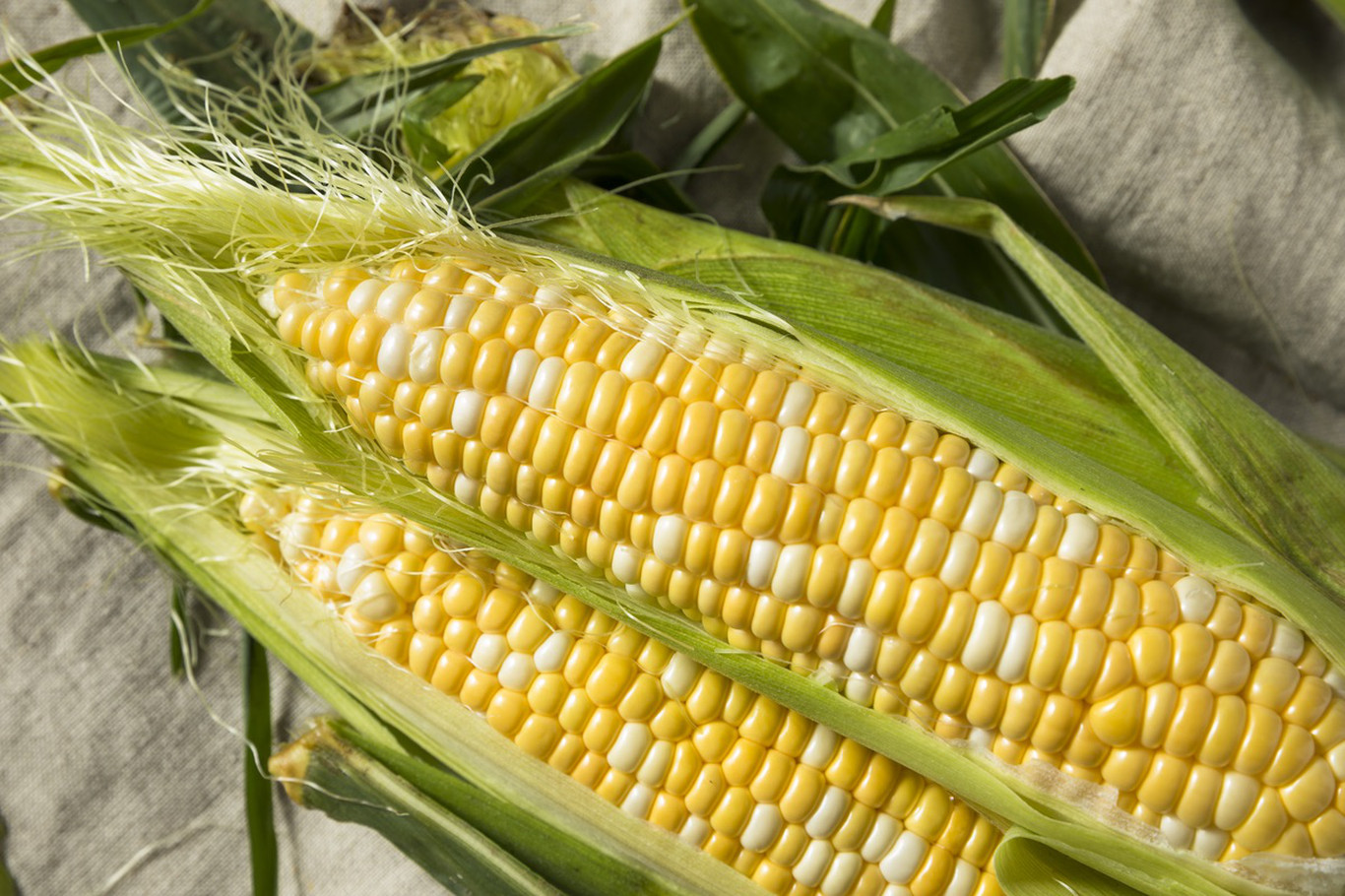 Corn on the cob is the perfect dish for summer and fall. It works both as a side and a main, depending on how you cook it. It's fast to cook corn and fun to eat. It's one long joyful ticker tape of taste. But how do you cook it? Some folks like to grill their corn on the barbecue, but here we'll focus on how to how to boil corn.

Boiling Corn On The Cob

Your first task is to source your corn. The corn on the cob we're used to is sweet corn. It's important to get it from field to fork as soon as possible, because it begins converting its internal sugars to starch after it's harvested. If you leave it too long, those delicious little kernels will lose their lustre, becoming tough. If there's a roadside stand anywhere near you with a field of corn behind it, you're golden, but a supermarket with sufficient turnover will work too.

Heat up your water until it's at a rolling boil. Don't be afraid to add plenty of salt, as you won't ingest most of it. It's just there to help to bring out the flavor of the corn during the boil. While this is enough to boil a respectable corn on the cob, some cooks like to jazz things up a little with sugar in the water to augment the corn's sweetness, and even some lemon juice.

While you're waiting for the salted water to boil, shuck your ears of corn by removing their leaves. After peeling away the husk, be sure to remove the corn silk threads that remain on the cob. It's a little tricky, but it saves your diners having to do it later.

How long do you boil corn on the cob? Five minutes should do it, as this will heat the corn and let it absorb some of the salty hot water to make it juicy without making it tough. Take it straight out for the final prep.

The simplest way to eat this corn is with a little butter, pepper - and sure, maybe a little sprinkle of extra salt. But how do you want to hold it? Some people use their fingers or a napkin, while others use special corn forks to avoid getting buttery fingers. Alternatively, you can cut the corn from the cob and eat it with a fork. But where's the fun in that?

You can take a more creative approach to boiled corn including turning it into Taco-Spiced Street Corn. A little Cojita cheese, some McCormick® Original Taco Seasoning Mix, and some sour cream will take your corn and your taste buds south of the border. 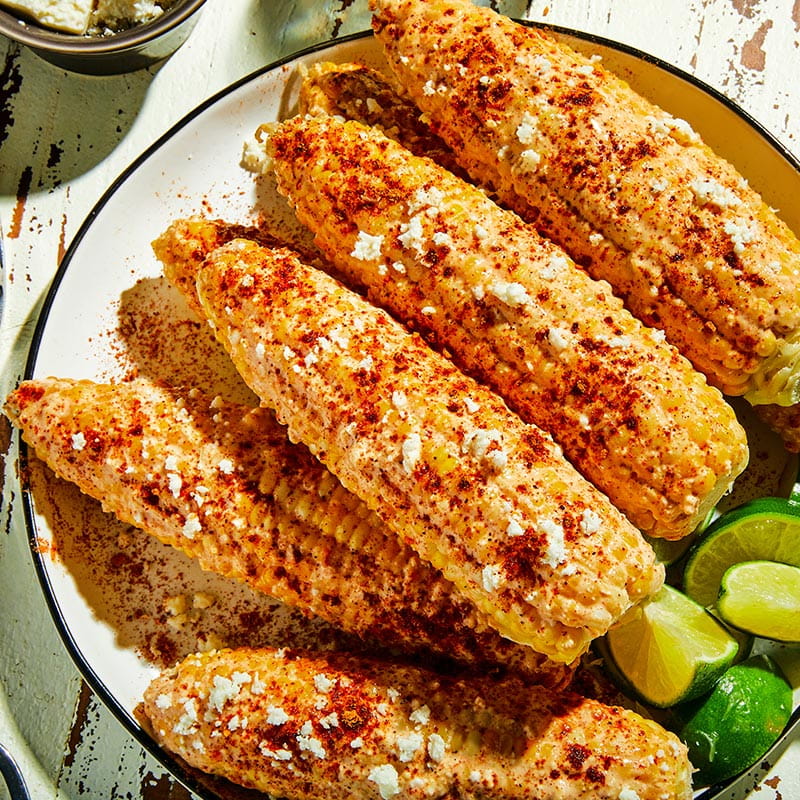 For a variation on Mexican flavors, try this Grilled Mexican-Style Corn on the Cob with Lime Mayonnaise recipe. It mixes the heat of paprika with the tanginess of limes in a firecracker mayo that you can slather over cooked corn. This recipe also offers another way to cook corn, using your trusty air fryer. 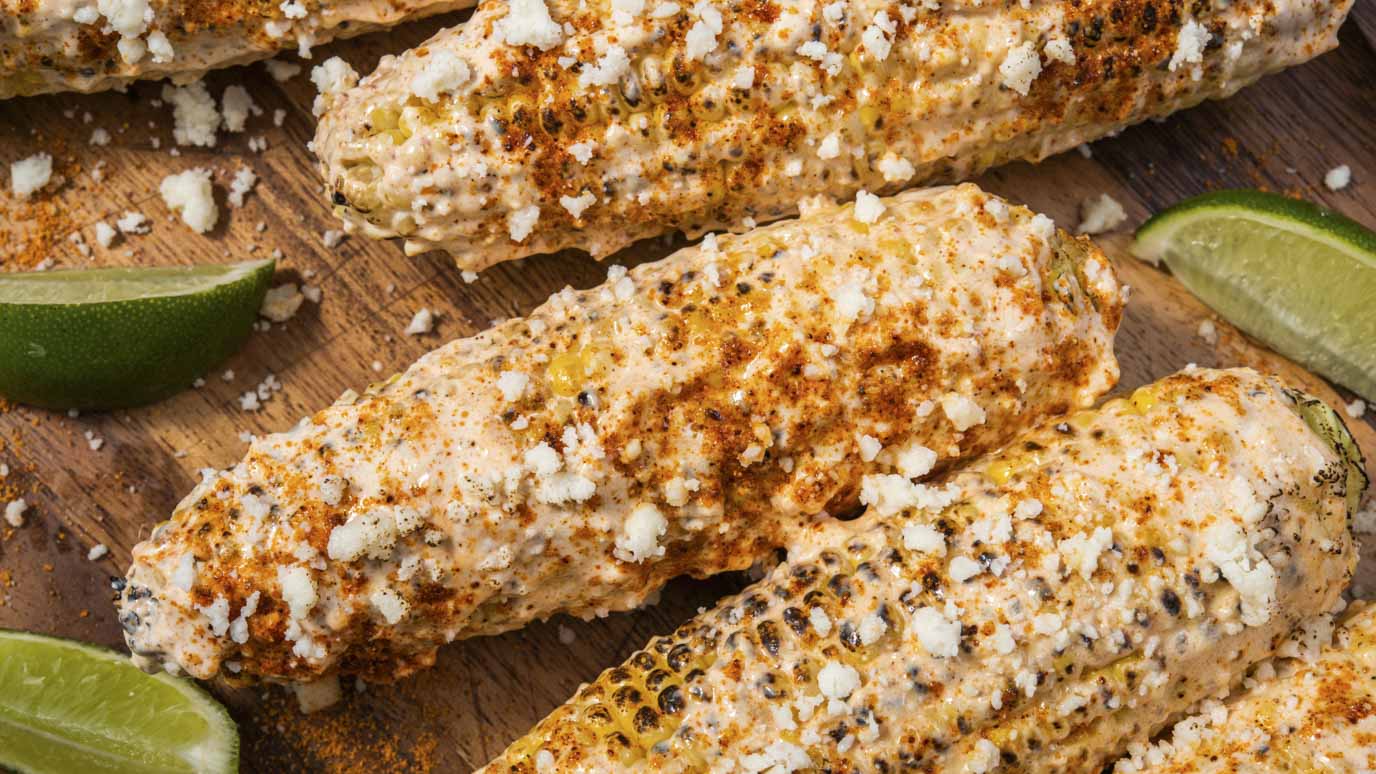 You can also use boiled corn on the cob as a fresh replacement for canned corn in other recipes. Just cut the corn from the cob after it's boiled and use as normal, cooling it first if you want to use it in a cold dish like this Edamame and Corn Salad with Oregano Vinaigrette. If you're using it for something hotter like our Classic Succotash dish, then you can stir it right in fresh from the knife. 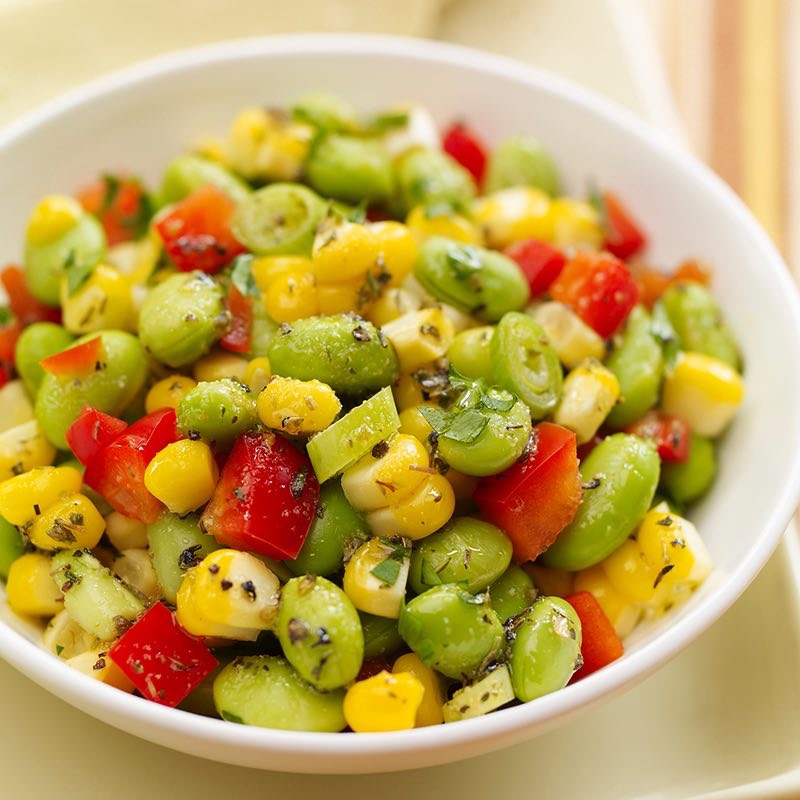 Whatever you do with your boiled corn on the cob, as long as it's fresh you can be sure that your dishes will be vibrant and sweet. This is simply summer on a plate.

Watch Our Videos On Cooking Corn

Learn More About How To Cook Corn

Ready to boil some corn? Save your favorite corn recipes and organize your ingredients with our online meal planner.  You can also make meal prep simple by creating a Flavor Profile, so you can store your favorite recipes and create grocery lists for easy shopping. 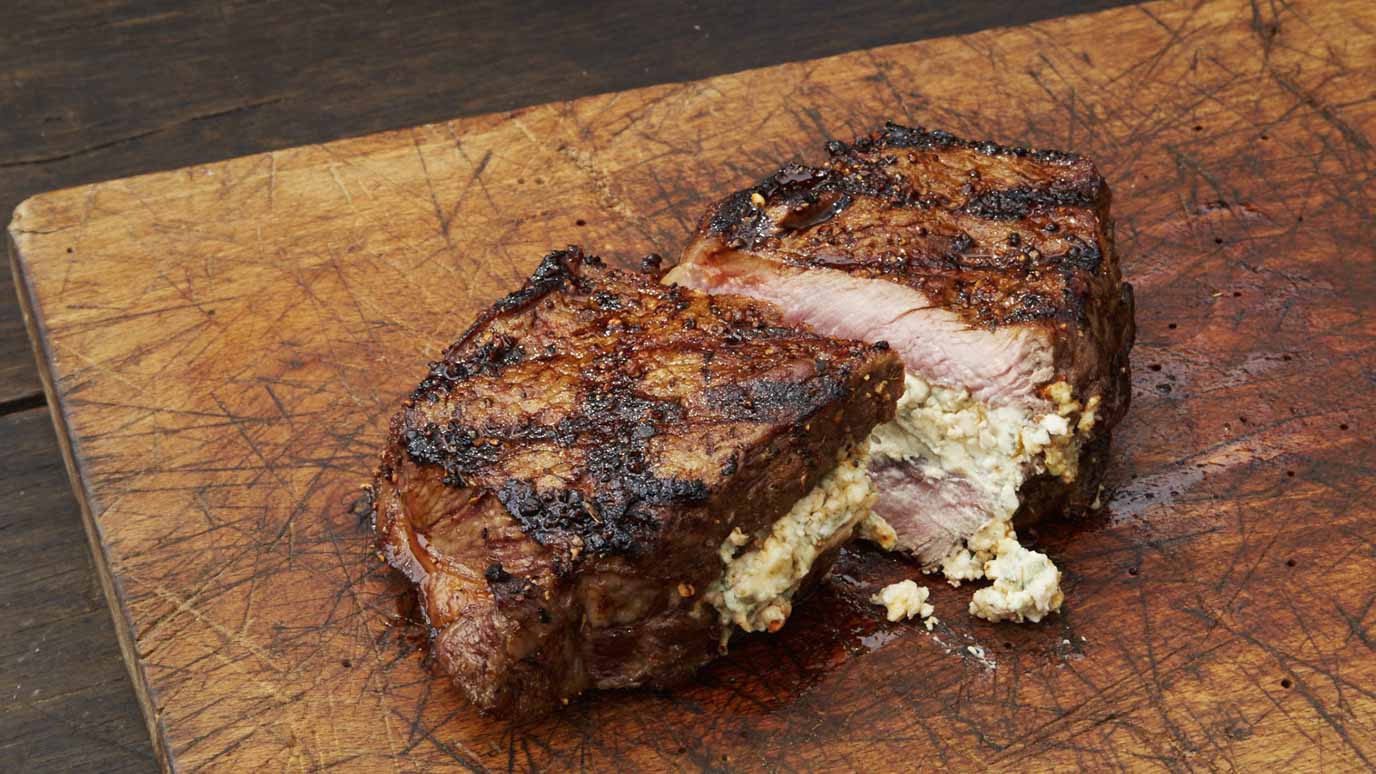 Conjure up an image of the perfect steak and you’ll likely land on a red and juicy interior enveloped in a savory, browned crust. Add in a...

Now's the Time to Prep Your Oven for Thanksgiving

Now's the Time to Prep Your Oven for Thanksgiving

Fortune may favor the bold, but Thanksgiving favors the prepared. Prepping your oven for Turkey Day may seem like overkill, but repairmen can be hard to schedule... Crispy Air-Fryer Mushrooms Are Taking Over the Internet—and...

They're like plant-based chicken nuggets! If your childhood was anything like mine, you'd order chicken nuggets/tenders/fingers pretty much every chance you'd get (read: anytime mom and dad...

Hold the Fat While Cooking Mushrooms to Brown Them Better 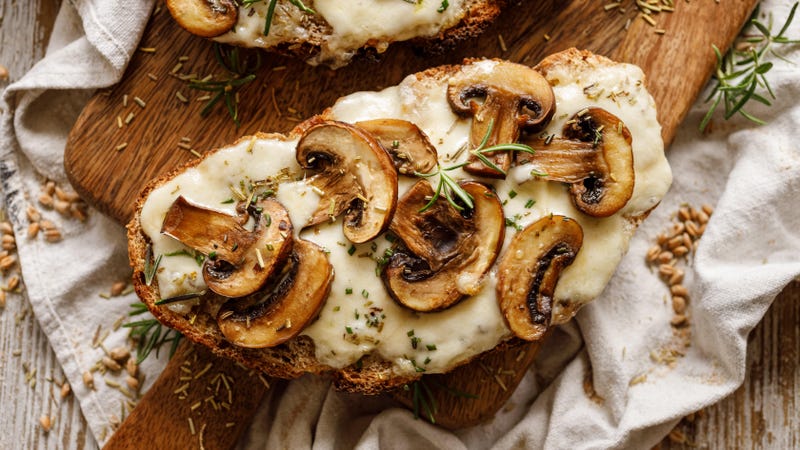 Hold the Fat While Cooking Mushrooms to Brown Them...

Not everyone agrees on the “best” way to cook a mushroom, but I think everyone understands that a good mushroom is a concentrated, well browned version of... 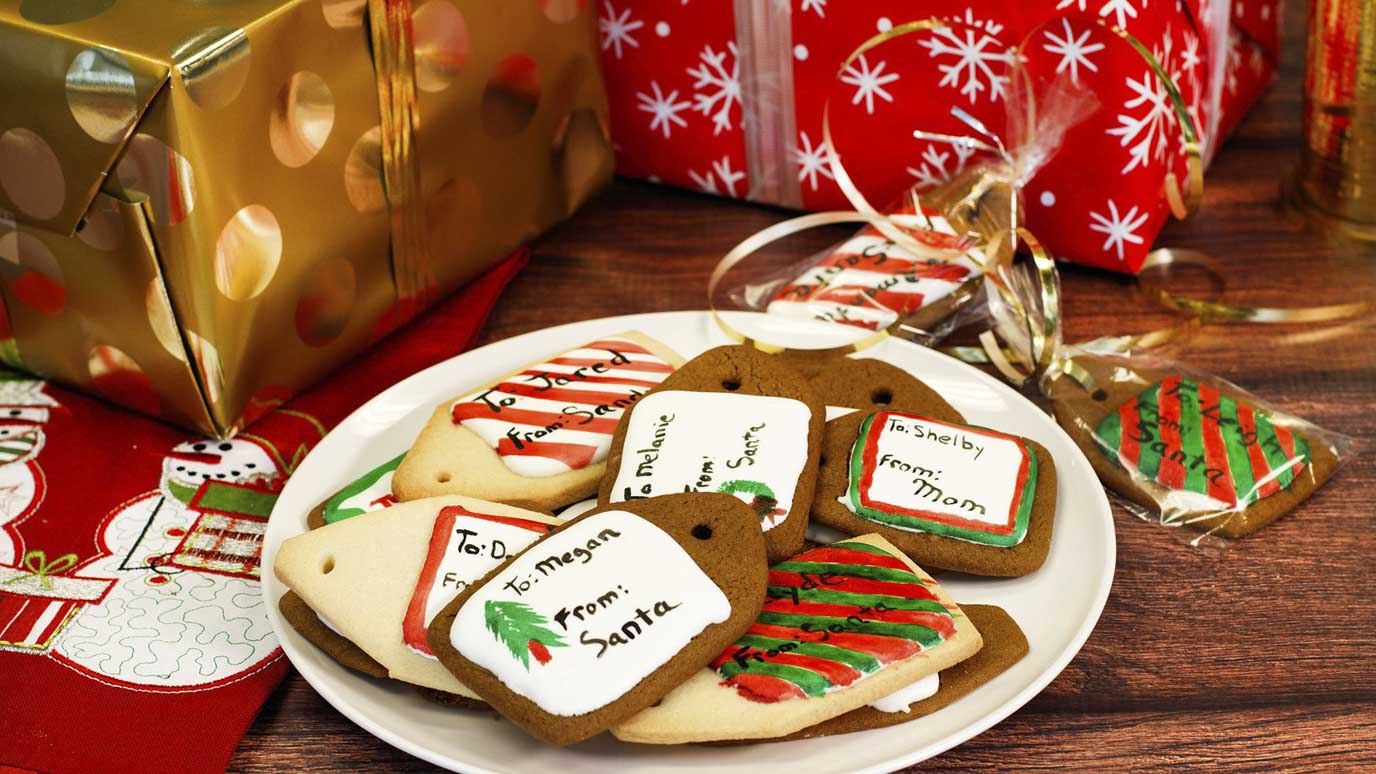 How to Properly Freeze Your Extra Cookies so They Don't...

As someone who often cooks far more food than she is capable of eating in any given week, my freezer is an incredibly important part of my...