How French Fries Are Enjoyed Around the World

How French Fries Are Enjoyed Around the World 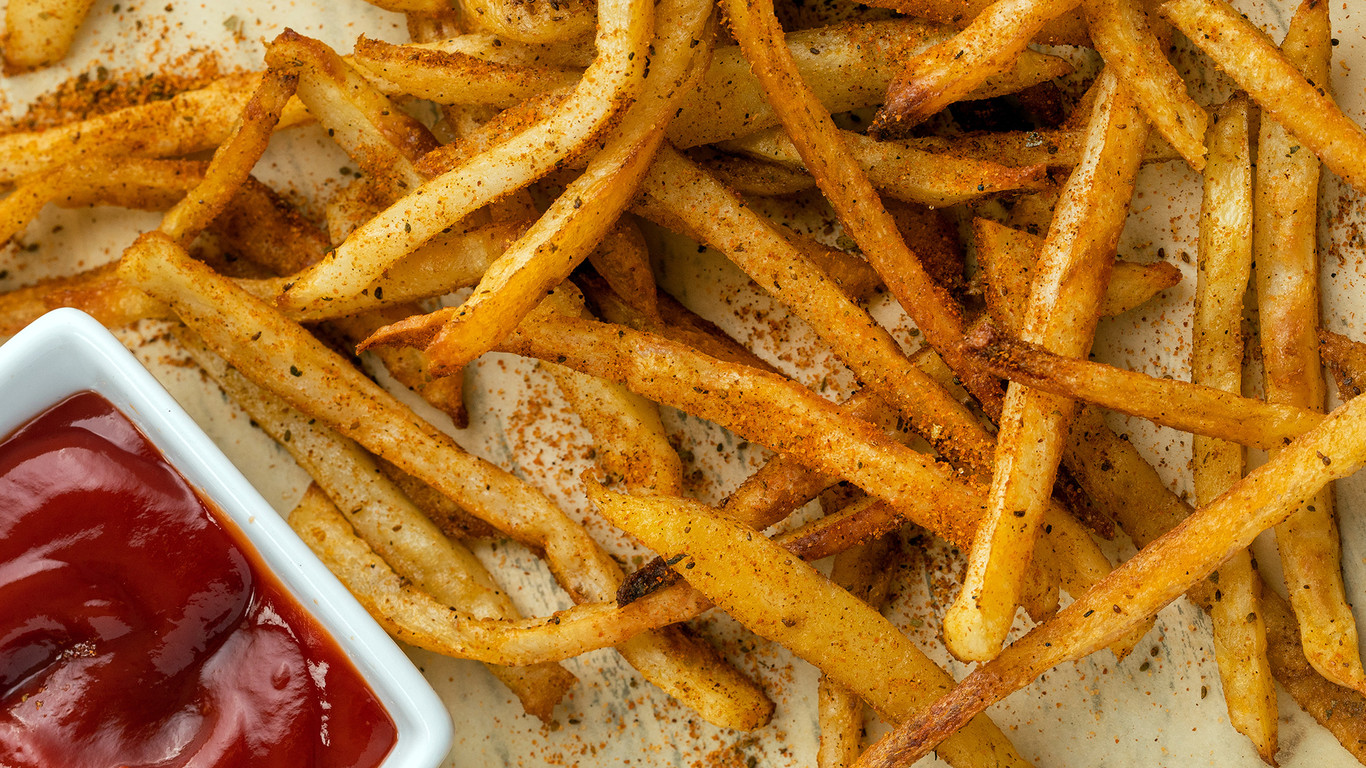 While they may go by many names – frites, french fries, chips, patatas bravas – general love for fries is universal. And while it’s hard to expand upon the sheer deliciousness of potatoes crisped to a golden brown in bubbling oil, finished with a sprinkle of salt, there’s no end to the ways you can play – from tossing tubers in herbs and blends (such as the Everything Bagel and Garlic Ranch seasoning), to dipping them in sauces, such as the Utah Fry Sauce and Banana Ketchup. You could even move beyond the spud, with fries made from sweet potatoes or asparagus!

And then there’s the global versions, including Canadian poutine, Tanzanian chipsi mayai and more. So, join us on our tour of french fries around the world.

What we know as french fries, French and Belgian diners refer to as frites. And they’re actually slightly different in each country. While the French favor long, skinny and crunchy fried potatoes (perfect for pairing with a pot of mussels, à la bistro classic moules frites), Belgians are known for their thick, twice-fried, fluffy-centered rectangles, often served with a variety of sauces and wrapped in paper cones.

Leave it to French Canadians to take pommes frites to a new level. This beloved, delightfully junky and totally shareable bar snack boasts a stack of fries at its base, smothered with thick brown gravy and dotted with squeaky cheese curds.

And no, we’re not talking about the snack you dollop in dip. This is the British name for french fries – fat, deeply-browned lozenges of potato, commonly enjoyed with fish and perhaps a splash of malt vinegar and a side of mushy peas. South Africans also use the term for their native slap chips. The slap factor happens when the chips are left to rest after a single pass through the fryer, and doused with liberal lashings of vinegar.

Different than curry chips (a go-to snack in Ireland, where chips are smothered in sweet curry), this Kenyan specialty is more about spice than sauce. Potatoes are dusted in a blend of garam masala, turmeric and cumin, and tossed with aromatic additions like tomatoes, chili peppers, cilantro and garlic.

This delicious Peruvian street eat – thinly sliced sausages or hot dogs, scattered atop french fries, drizzled with ketchup, mustard, chili and crema, and served with a side of slaw – has become a fast food favorite throughout Latin America. Mexico has gotten into the game too with choripapas, topped with spicy chorizo. We’re also a fan of this hand-held take; a Philly-inspired French Fry Slaw Dog!

These spicy Spanish nuggets are deep fried in olive oil, and coated in “bravas”sauce that gets its bright red hue and smoky undertones from a generous sprinkling of sweet and/or hot paprika.

You’ll be shouting "opa!" after tucking into this Greek treat: thick, hand-cut potatoes pan-fried in olive oil, and showered with vibrant oregano, salty feta cheese, and a sprinkle of bright lemon.

We could definitely get into enjoying into this Tanzanian omelet for breakfast, thick with french fried potatoes. In theory, it’s similar to tortilla espanola...a Spanish potato and saffron cake. This traditional recipe could totally be remade with french fries.

America has definitely put its stamp on french fries; besides naming them, that is! Yes, we have the states to thank for good old chili cheese fries...and this recipe goes even further with the addition of cinnamon candied bacon.

New Jersey has also gotten in on the action with disco fries – a take on poutine made by drowning crispy potatoes with gooey gravy and melty mozzarella. Or, you can reimagine the whole thing as a dip by dunking fries in a rich pot of indulgent, cheesy gravy.