How to Make Latkes Potato Pancakes

How to Make Latkes Potato Pancakes

There are very few dishes as closely tied to a holiday celebration, such as Hanukkah, as latkes. Get ready for Hanukkah with this step by step guide on how to make latkes. But first, a bit of history:

Essentially, they’re fried potato pancakes, typically prepared by combining grated potatoes with eggs. Latkes have been around for centuries, and have become a staple of the Jewish holiday. Symbolic of the olive oil that miraculously lasted eight days, potato latkes are generally eaten on every night of the celebration.

Which means you’ll need a steady supply this holiday season. So here’s a failsafe method for how to make your own crispy and delicious potato latkes: 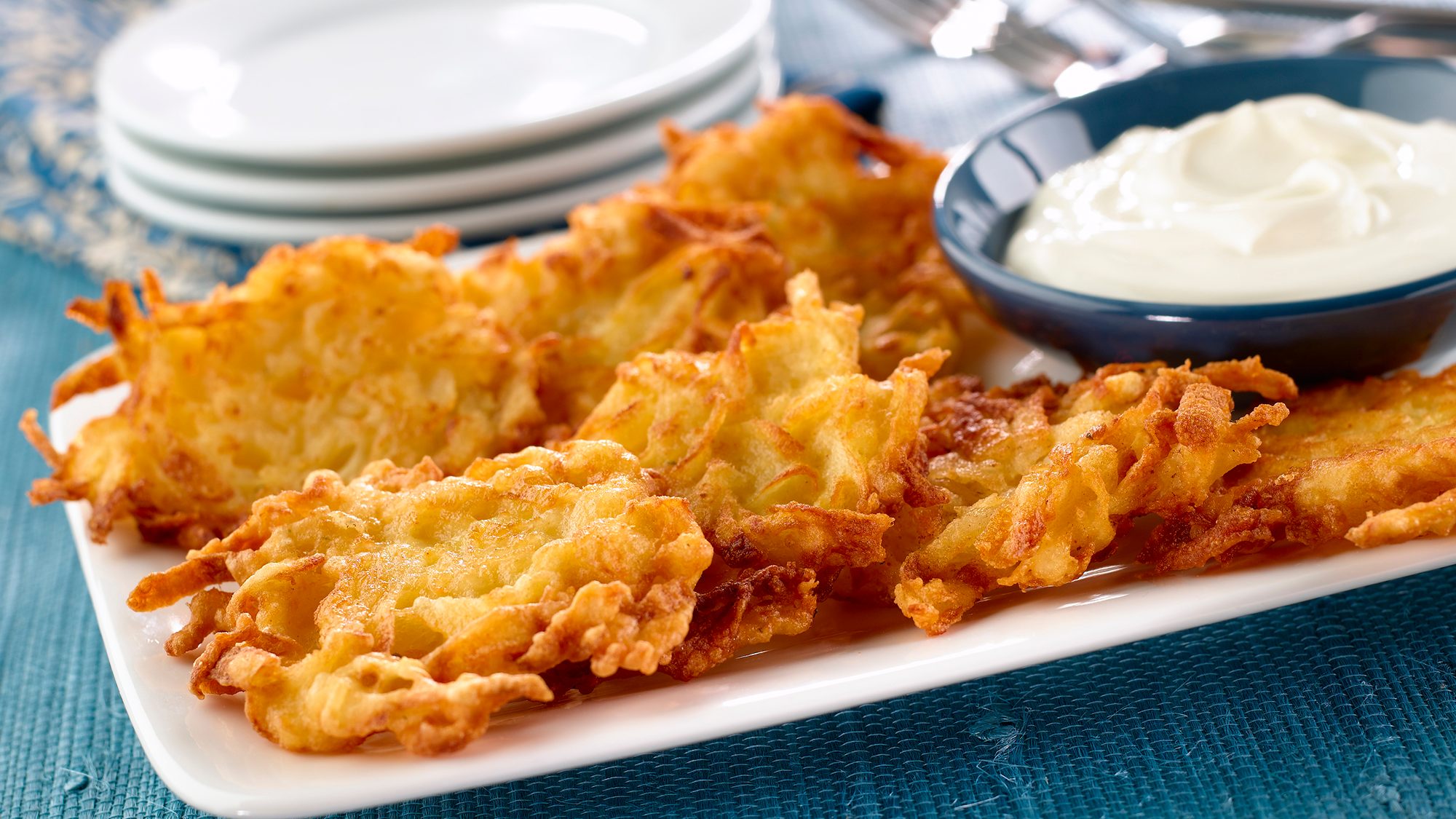 Quick Tip: Want to save time on shredding? One of our favorite, classic latkes recipes uses store-bought hash browns instead!

Dry your potato shreds by pressing them in a colander, squeezing them in a large kitchen towel, or in a paper towel.

No one likes a sopping-wet potato latke! Draw out as much moisture as you can to help prevent hot oil spatters later. 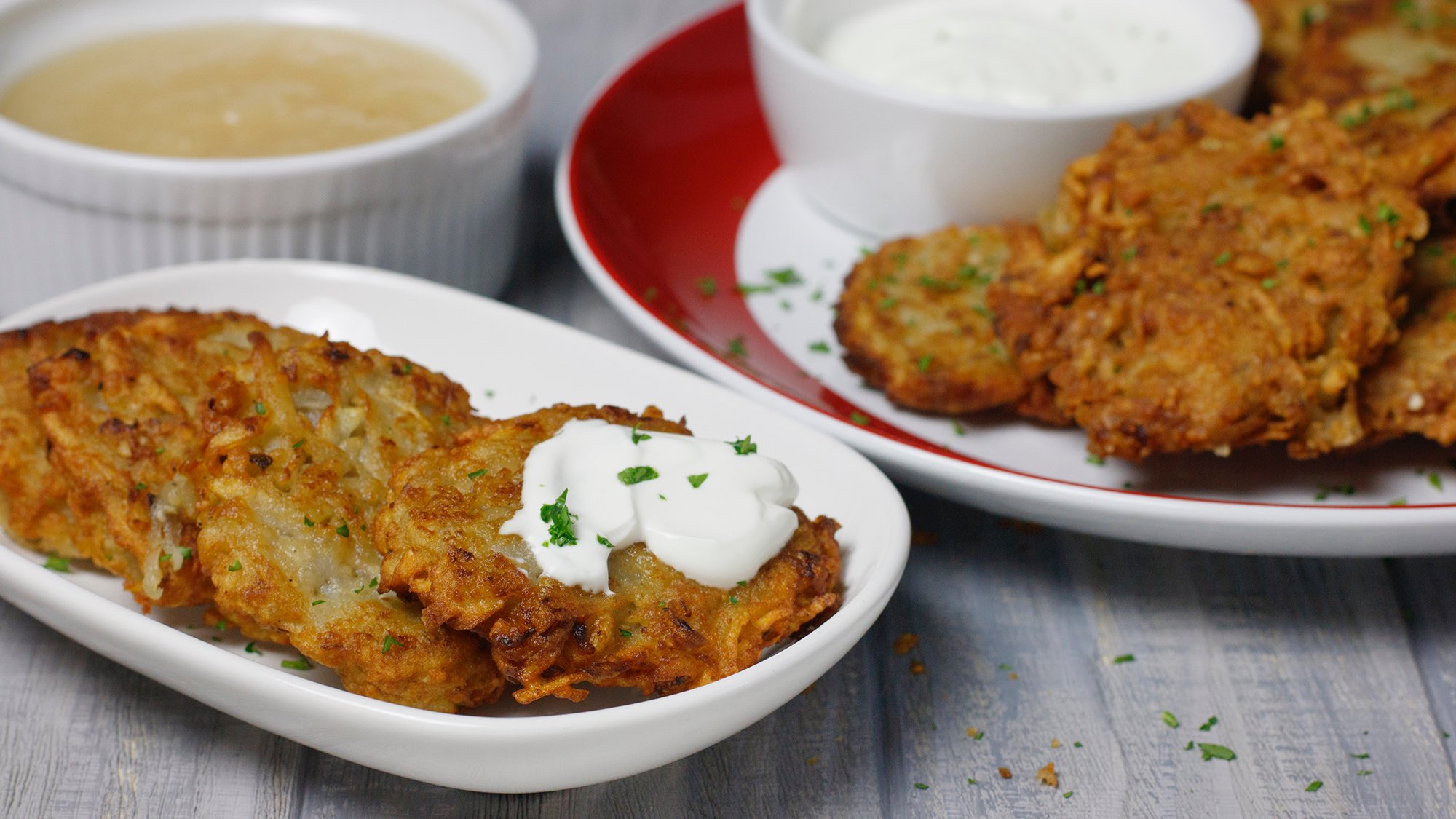 You can also pan fry your latkes, bake them, or use a cast-iron pot when making these golden brown delights.

Serve with your choice of latkes sauces: Sour cream and applesauce are traditional. Yes, you can buy a jar, but why not get into the celebratory holiday spirit with our homemade applesauce recipe instead? Especially since you’re officially a potato pancake expert!