Everything You Need to Know About Preparing Seafood

Everything You Need to Know About Preparing Seafood

We could (and do) happily eat seafood the whole year round. But somehow, it’s more appealing during the warmer months. Ideally, consumed while sitting on a patio overlooking the ocean, accompanied by a glass of white wine!

But if a patio overlooking the ocean isn’t in the cards, you can still enjoy seafood at home––on any day, and in any way. From filleting fish to cleaning clams, we’ve got the 411 on how to prepare all manner of under-the-water specialties. 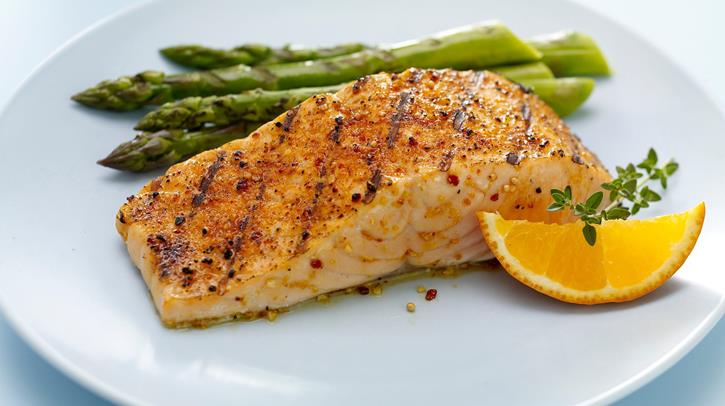 First of all, you’ll want to determine if it’s fresh.

Does it pass the sniff test? Because fish shouldn’t actually have a strong, fishy odor at all––just a mild, saltwater scent. The eyes of a whole fish should be bright and bulging, not collapsed or clouded over, and the flesh of each filet should still look moist and freshly cut.

How to Gut Fish

Want to clean your catch yourself?

1. First, use the back of the knife or a scaling tool to remove the scales under running water.

2. Insert a knife into the vent of the stomach and slice up towards the gills.

3. Carefully remove the entrails and kidneys and rinse the empty cavity with water.

How to Fillet a Fish

If you’re not going to cook it whole (see below), you’ll want to divide your fish into manageable fillets.

1. Use a thin, sharp knife to cut down the backbone behind the head.

2. Then slice the fish as far as you can, without breaking through the skin, from just under the chin to the top of the tail. Basically, you just butterflied your fish like a chicken, and should be able to lay it flat, flesh up.

3. Remove the center rib cage, then holding the tail for support, run your knife all the way under the fish, removing the flesh from the skin, before dividing it into 2-4 fillets.

How to Cook Fish

How to Cook White Fish

White, delicate, flaky fish such as halibut, catfish or cod, can be simply prepared with a bit of white wine, broth, lemon, butter, and tender herbs like tarragon and thyme.

Sautee fish on the stove, poach it in stock, roll it in cornmeal and panko and fry it, or stick it in the oven.

How to Cook Salmon, Tuna and More

Heartier, oilier specimens, such as salmon, tuna or swordfish steaks, can stand up to the grill: prop them on cedar planks, drizzle them with olive oil, and pair them with stronger flavors such as capers and dill, or wasabi and soy.

How to Cook Whole Fish

As for cooking fish that’s still whole (like striped bass and snapper), besides grilling or baking, an especially fun preparation is to coat it in a salt crust and bake it in the oven for around 30 minutes. 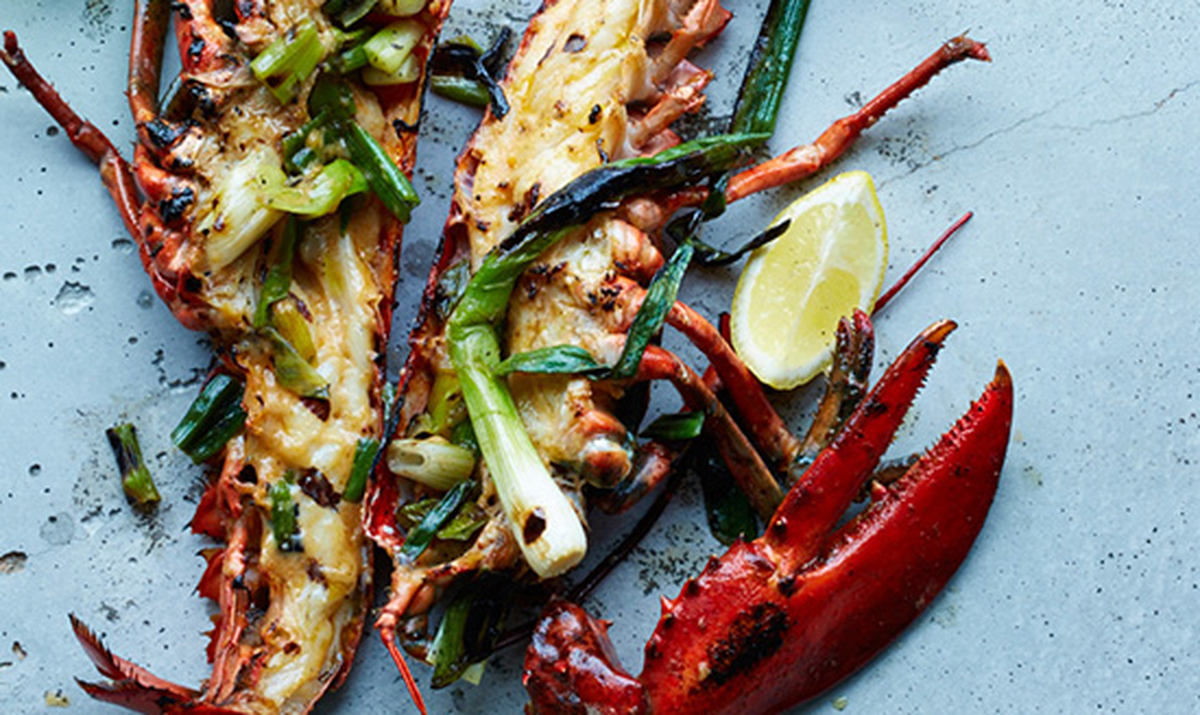 Lobster definitely feels like a luxury dish, one we don’t generally feel like dealing with at home. But, besides being less expensive to prepare it yourself, working with lobster actually couldn’t be easier!

How to Pick the Right Size Lobster

1-1 ½ pound lobsters are generally the best size if you’re not an expert at cracking. The larger they are, the tougher their shells tend to be.

You can also purchase soft-shell lobsters in season.

As indicated, their shells are softer and their flesh is thought to be sweeter, although they also hold a lot of water, which is something to consider if you go for the boiling/steaming method.

How to Cook Lobster

The most straightforward methods, as indicated above, are boiling or steaming.

To boil, you’ll want to fill an extra-large pot about 2/3rds full with water, salt it generously, and set your lobsters to cook for 6-7 minutes depending on the size.

You’ll only need about 2-3 inches of water for steaming, and it will take your lobsters around 7-10 minutes to cook.

1. Insert a knife through the head first, in order to humanely kill the lobster before setting it over coals.

2. Split it in half, remove whatever green tomally (liver) or red coral is inside.

3. Brush the lobster with olive oil or butter and salt and pepper, before setting it to smoke for 6-8 minutes.

How to Shell Lobster

Bring on the bibs!

1. To break down a lobster, first grab the claws and twist them away from the body. Use a lobster cracker to break through the shell and pull out the meat.

2. Twist off the tail and use kitchen shears to snip through the thin underside of the shell. The meat should easily pull away in one delicious piece.

3. Use crackers to remove the smaller bits of meat in the knuckles, and your own teeth to squeeze every last, delicious piece from the legs.

As for eating your lobster, all that’s really needed is a squeeze of lemon and a pot of drawn butter to dunk it in.

But of course, you can also fold it into salad for lobster rolls, by mixing it with a little bit of mayo, paprika and celery salt, and piling it in a buttered, split-top bun. We even have a great recipe for dip featuring sour cream, spinach, and lots of luscious lobster! 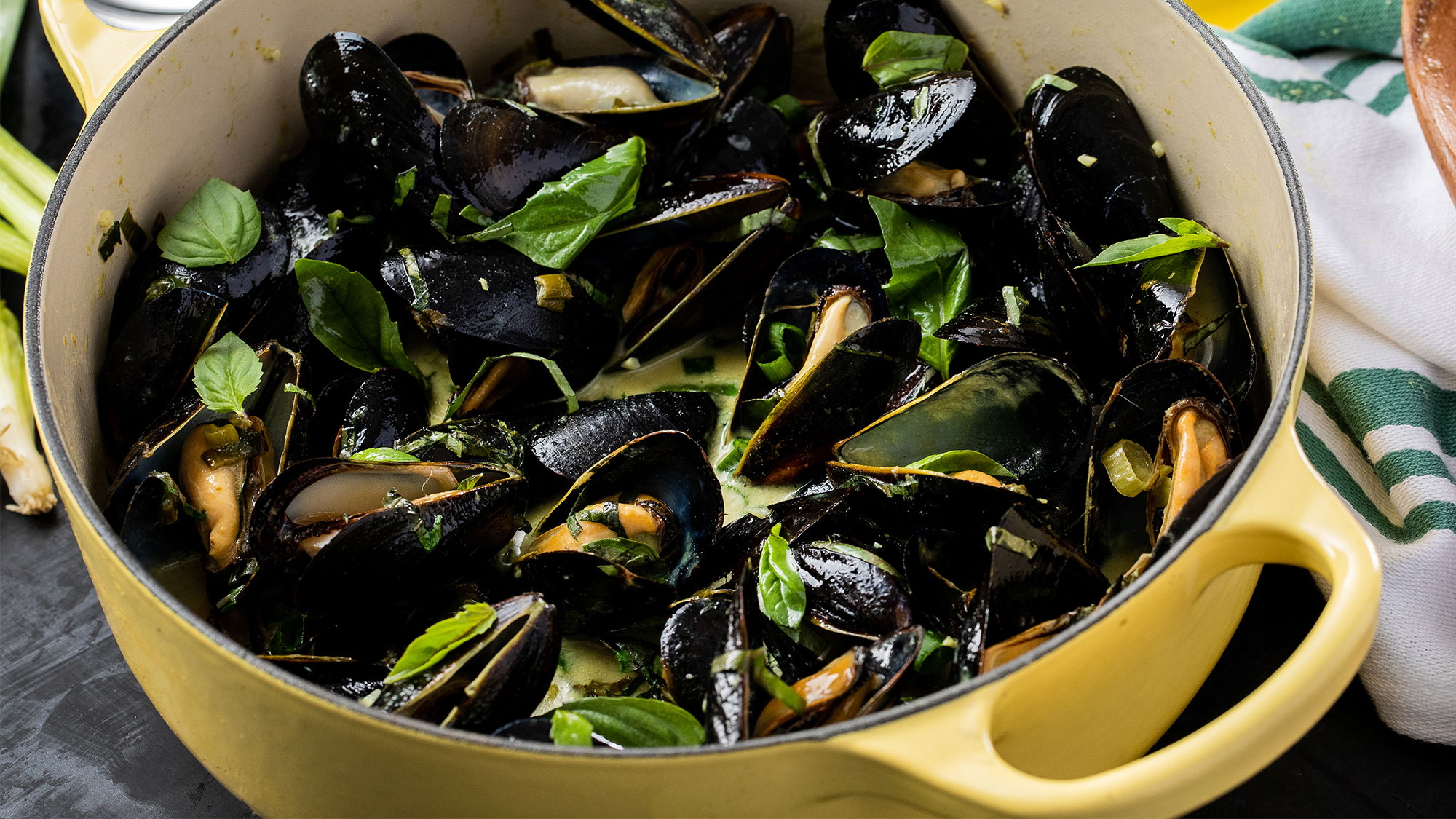 The key to purchasing mussels and clams is not selecting any that are broken or open…generally a clear indication that they’ve already expired.

If you’re not sure, tap the shells gently with a fingernail. If the mussels or clams clamps back up, it means they were only playing possum with you, and are still good to eat!

How to Clean Mussels and Clams

1. Place them in a colander and give them a good scrub under cool, running water (discarding any open or chipped specimens as you go).

2. Debeard mussels by pulling off the clump of hair-like fibers that extend from the shell.

How to Cook Clams and Mussels

Create a base broth to steam them in for 7-10 minutes or until they open completely (this time, it’s the opposite…all mollusks that don't open were dead before being cooked and should be discarded).

Try a white broth with butter, wine, garlic, lemon and parsley, a red sauce with tomatoes, chorizo and shallots, or even a green coconut curry with lime and Thai basil….the possibilities are endless! 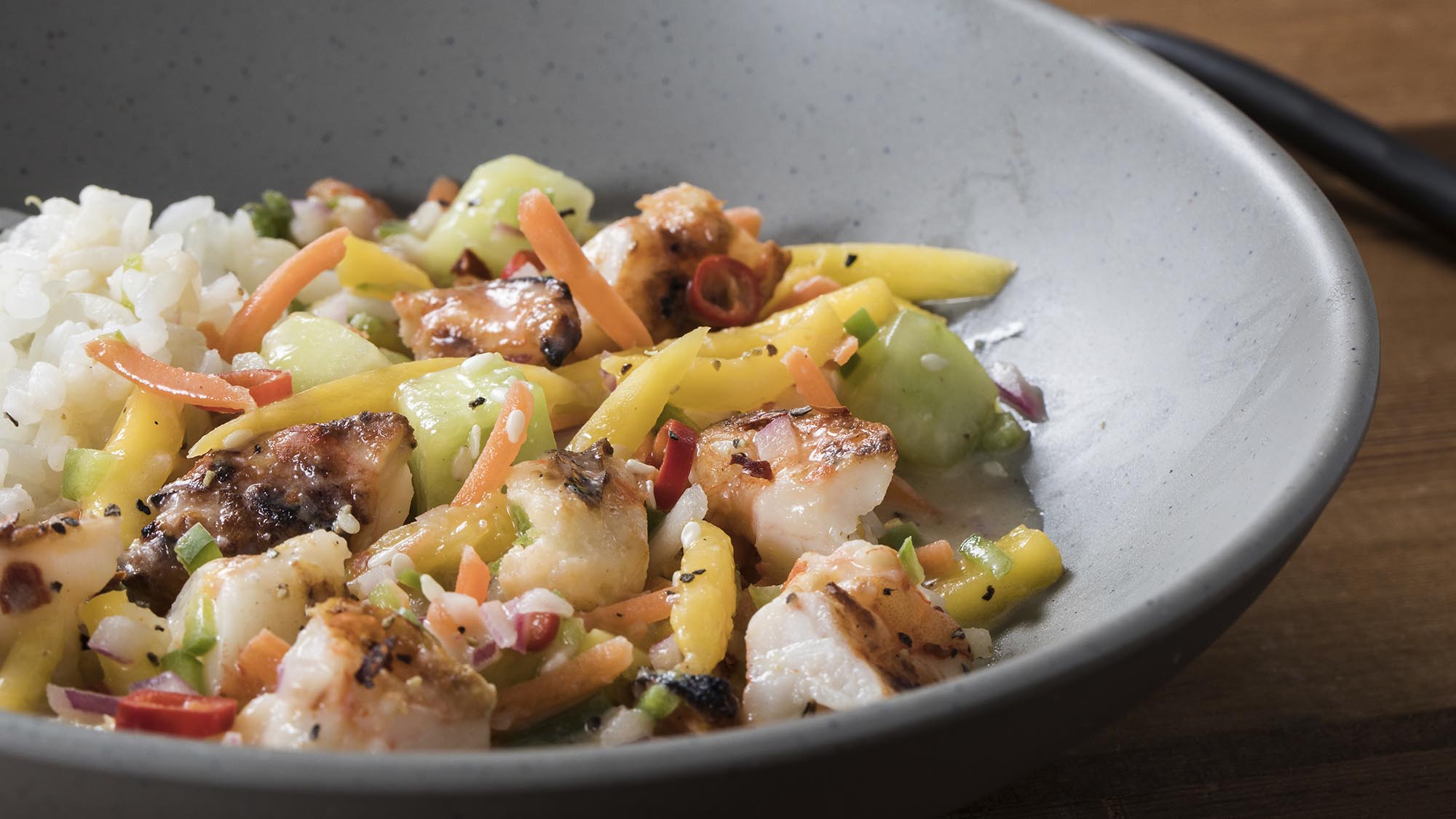 How to Clean Squid and Octopus

If you’re really up for a challenge, take a chance on cephalopods! They’re not actually as tricky as you think.

How to Clean Squid

1. Grasp the bottom of the head (called the mantle) in one hand, and the tentacles in another, and pull them apart.

2. Cut the head off behind the eyes, remove the “beak” from the tentacles.

3. Keep the cleaned tentacles and mantle for cooking.

How to Clean Octopus

As for octopus, it often comes pre-cleaned. But if you’re starting from scratch, you’ll want to:

1. Remove the innards and ink sac you’ll find hiding under the mantle, as well as the beak under the tentacles.

2. Tenderize the octopus prior to cooking by whacking it all over with a wooden mallet, or simmering it in water for 30-40 minutes.

Once they’ve been cleaned and prepared, octopus and squid cook up really quickly.

There’s that perennial favorite, calamari, which involves breading bits of tentacle and cut-up rings of mantle, deep-frying them, salting them, and serving them with tomato sauce.

But that’s just one method.

Both squid and octopus love to be drizzled with olive oil and grilled, and paired with classic partners like potatoes, olives and citrus.

You can also stuff them with seasoned breadcrumbs and bake them (or try this pork filling with a shiitake mushroom sauce), poach and add them to seafood salad, or swipe them with barbecue sauce and throw them on the grill, as a super summery, underwater alternative to red meat!

Check out our seafood grilling guide for summer inspiration and take your pick with more delicious seafood recipes.