Yes, you can make a whole chicken in the slow cooker!

Yes, you can make a whole chicken in the slow cooker!

The slow cooker strikes again! With minimal work and just one ingredient (psst ... it's chicken) this recipe delivers the most delicious payoff imaginable: meat so tender and juicy it practically falls right off the bone. And it's all thanks to the small, closed environment of the slow cooker.

The real beauty of this recipe (yes, maybe even better than hands-off cooking!) is the ingredient list, as it contains a single item: one whole chicken. OK, you might find salt and pepper on there, too, but I like to assume those are givens in just about every recipe. And, really, if you prefer to omit them, that's fine. The result will amaze you either way.

To be honest, I'm usually a little dubious of recipes that call for just one ingredient -- with barely any input, it's hard to expect a decent output -- but I'm happy to tell you that this chicken proves that belief totally wrong. It's one of the rare times just a little bit of work leaves you with a huge reward. 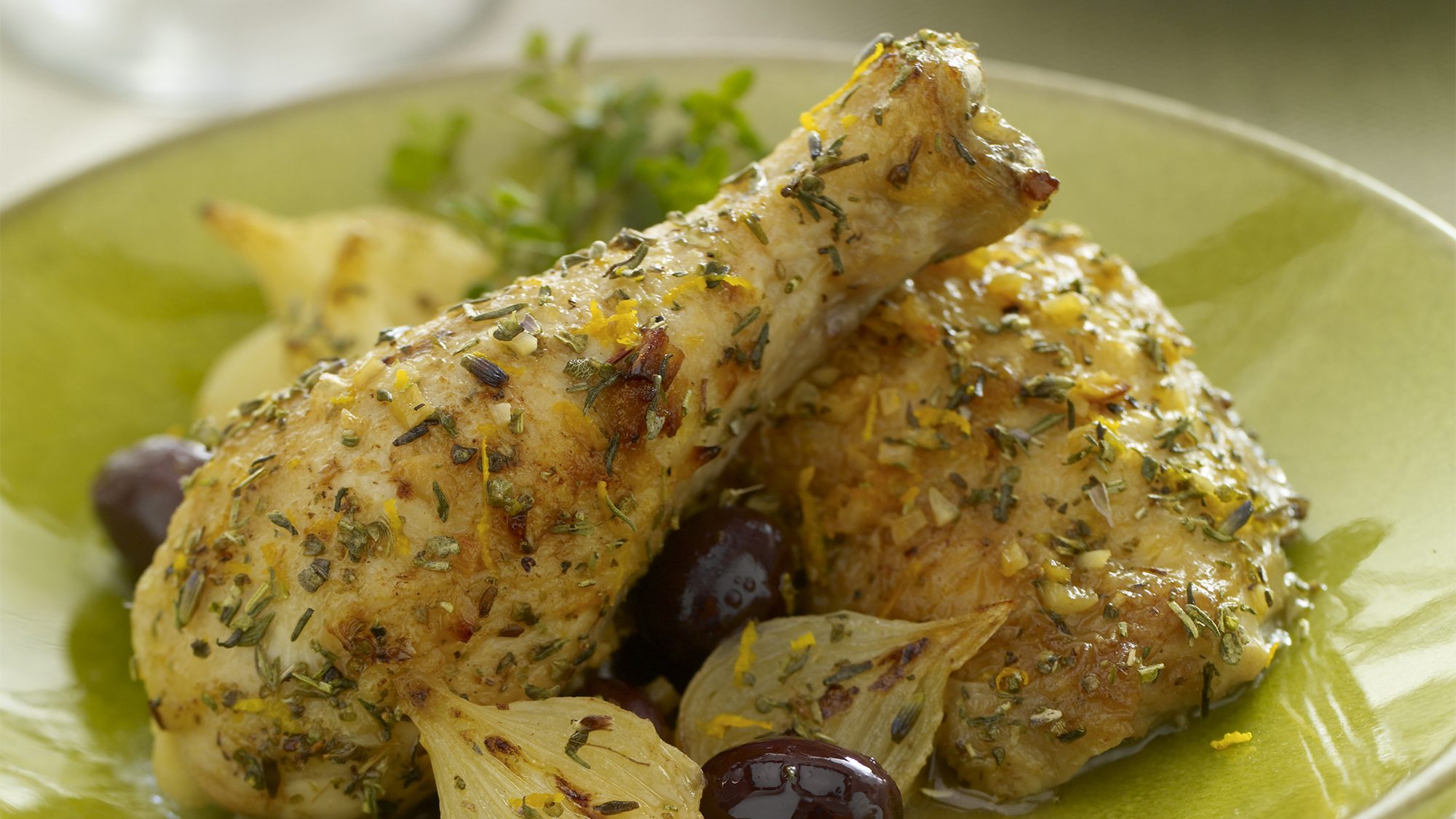 Put this chicken on a pedestal -- literally

There's one important step to keep in mind before adding the chicken to the slow cooker. You want to create a base for the chicken to rest on so that it's not sitting directly on the bowl. This could be a small metal rack or trivet (like the one that came with your electric pressure cooker) or even three to four balls of aluminum foil; just enough so the chicken is raised about an inch off the bottom.

As the chicken cooks, it releases a fair amount of liquid, more so than roasting in the oven. Raising the chicken prevents it from sitting in a pool of liquid for an extended period of time and also encourages more air flow around the whole bird.

If you've got a few potatoes, carrots, or onions hanging around, go ahead and use them as a base. Over the year, sweet potatoes have become a real favorite. 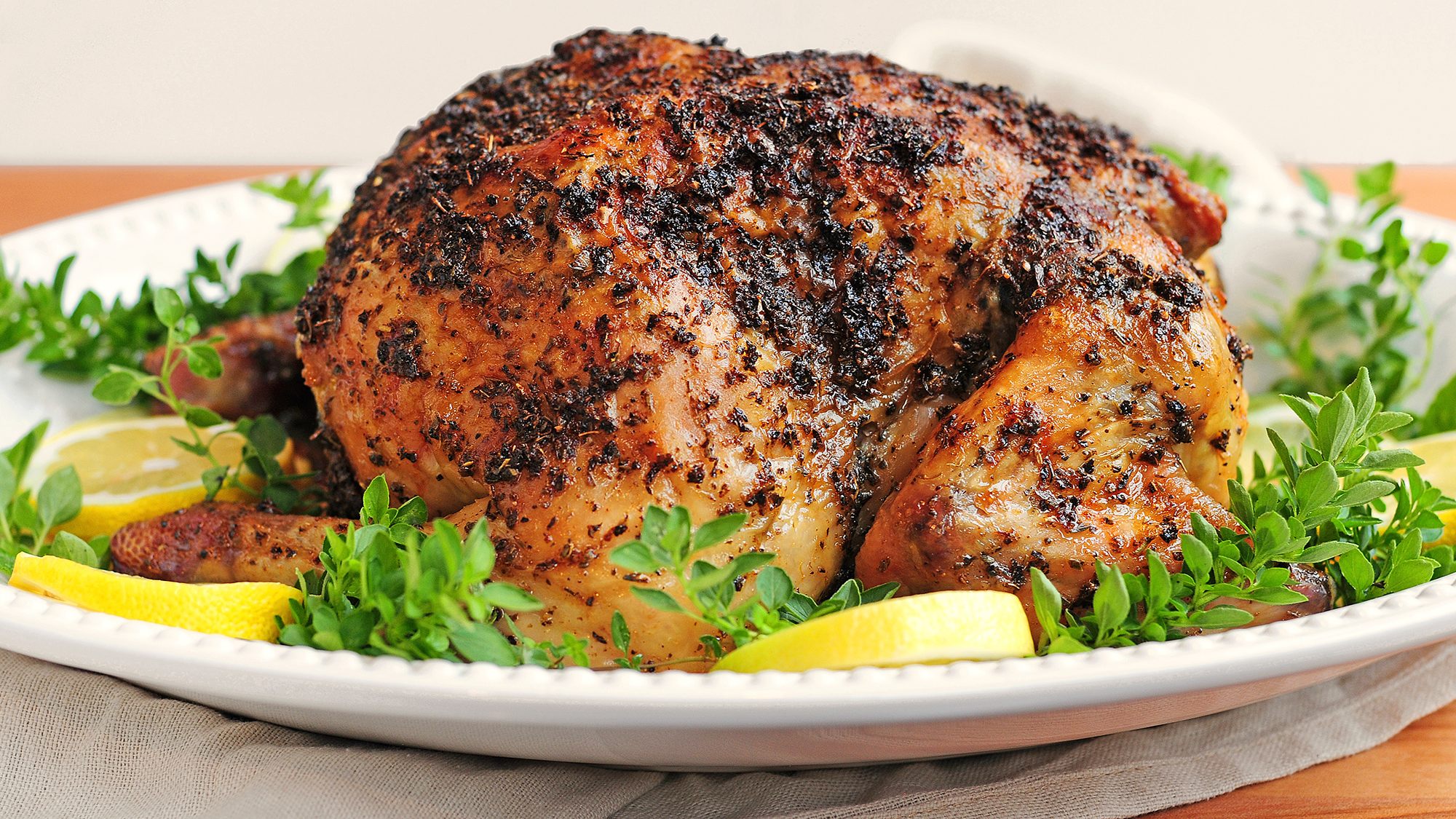 Crispy skin is minutes away

While the moist environment in the slow cooker makes for seriously juicy chicken, it does have one potential drawback: Cooking a whole chicken in the slow cooker won't give you the browned, crispy skin you'd get from roasting in the oven. If you're not a skin person, then this will hardly matter to you, but if a bird wrapped in a crisp, crackly skin is what you're after, there's a simple fix for that.

After the chicken has finished cooking in the slow cooker, transfer it to a baking sheet or dish and pop it under the broiler for about three minutes. It's just enough time to transform the skin, without heating up your kitchen. Since the chicken is so tender, it can feel tough to move it out of the slow cooker, but it's easier than it seems. I've found that the best way is carefully lifting it using two metal spatulas (fish spatulas are especially handy).

At the end of cooking, you'll notice a good deal of liquid from the chicken in the bottom of the slow cooker. This stuff is like liquid gold, bearing a more intense and richer flavor than chicken broth. Either way, you'll want to save and use it just as you would chicken stock or broth. Keep it in a sealed container in the refrigerator for up to a few days; otherwise stash it away in the freezer until you're ready to use it. 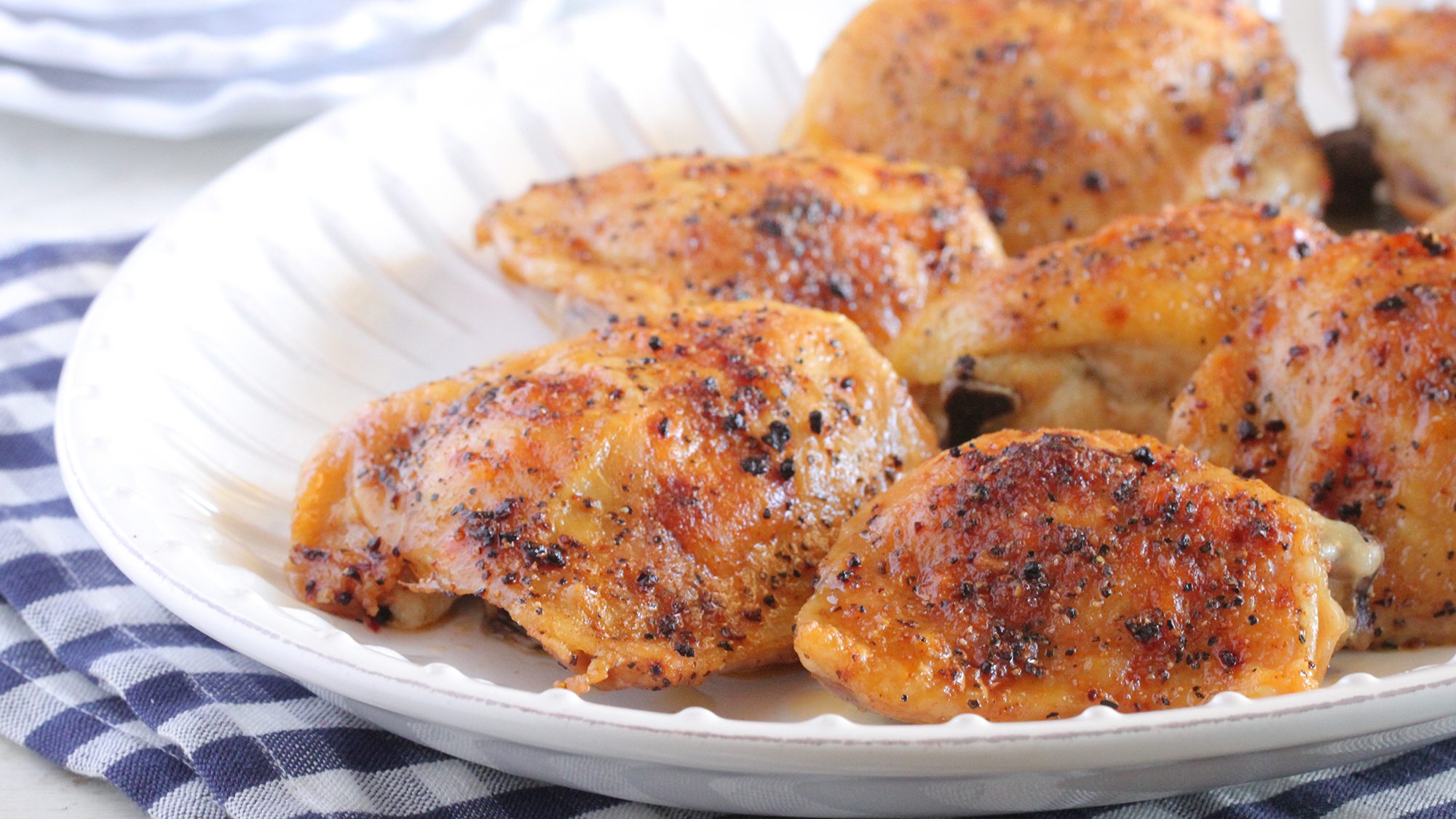 Serves 4 to 6, depending on the size of the chicken

Place a small metal rack or three balls of aluminum foil (each about 3 inches wide) in the bowl of the slow cooker. This is the base that the chicken will sit on top of during cooking.

Reach inside the cavity of the chicken and remove the bag of giblets (if you can't find them, check in the neck cavity). Discard them, or save to make stock or gravy later on.

Use paper towels to pat the chicken dry. Make sure to absorb any liquid behind the wings or legs. Blot inside the body cavity to get the chicken as dry as possible.

Generously sprinkle the chicken all over with salt and pepper.

Place the whole chicken, breast-side up, on top of the trivet or balls of aluminum foil so that it's not sitting on the bottom of the slow cooker. Keep the chicken in the center of the slow cooker as much as possible.

The chicken is done when it registers 165 F in the thickest part of the thigh, when the wings and legs wiggle loosely, and when the juices run clear.

For extra-crispy skin, carefully transfer the chicken to a sheet pan, oven-safe skillet, or large baking dish and place in the oven. Broil for 3 to 5 minutes -- just until the skin reaches your desired level of crispiness.

Once the chicken has finished cooking, remove it from the slow cooker and transfer to a cutting board. Let it rest for about 15 minutes.

This article is written by Kelli Foster from The Kitchn and was legally licensed via the Tribune Content Agency through the NewsCred publisher network. Please direct all licensing questions to legal@newscred.com.

Cooking a whole chicken is easier than it looks. Minimal ingredients and a little love are all you need for a perfectly roasted or slow-cooked bird. Some of our favorite whole chicken recipes include: Roast Chicken with Potatoes, Olives and Greek Seasoning and Rosemary Roasted Chicken.

Cooking a whole chicken is easier than it looks. Minimal ingredients and a little love are all you need for a perfectly roasted or slow-cooked bird. Some of our favorite whole chicken recipes include: Roast Chicken with Potatoes, Olives and Greek Seasoning and Rosemary Roasted Chicken.