How to Make Eggplant Bacon

How to Make Eggplant Bacon

Eggplant is a nightshade often used as a substitute for meat in a number of dishes -- from bolognese to burgers -- so it only seems natural that we try our hand at transforming it into bacon. The web is littered with recipes for baking eggplant in the oven in attempts to pass it off as a pork replacement, but this eggplant bacon is different. We're taking eggplant back to the skillet, seasoning it for bacon success, and frying it up -- just like the real stuff. 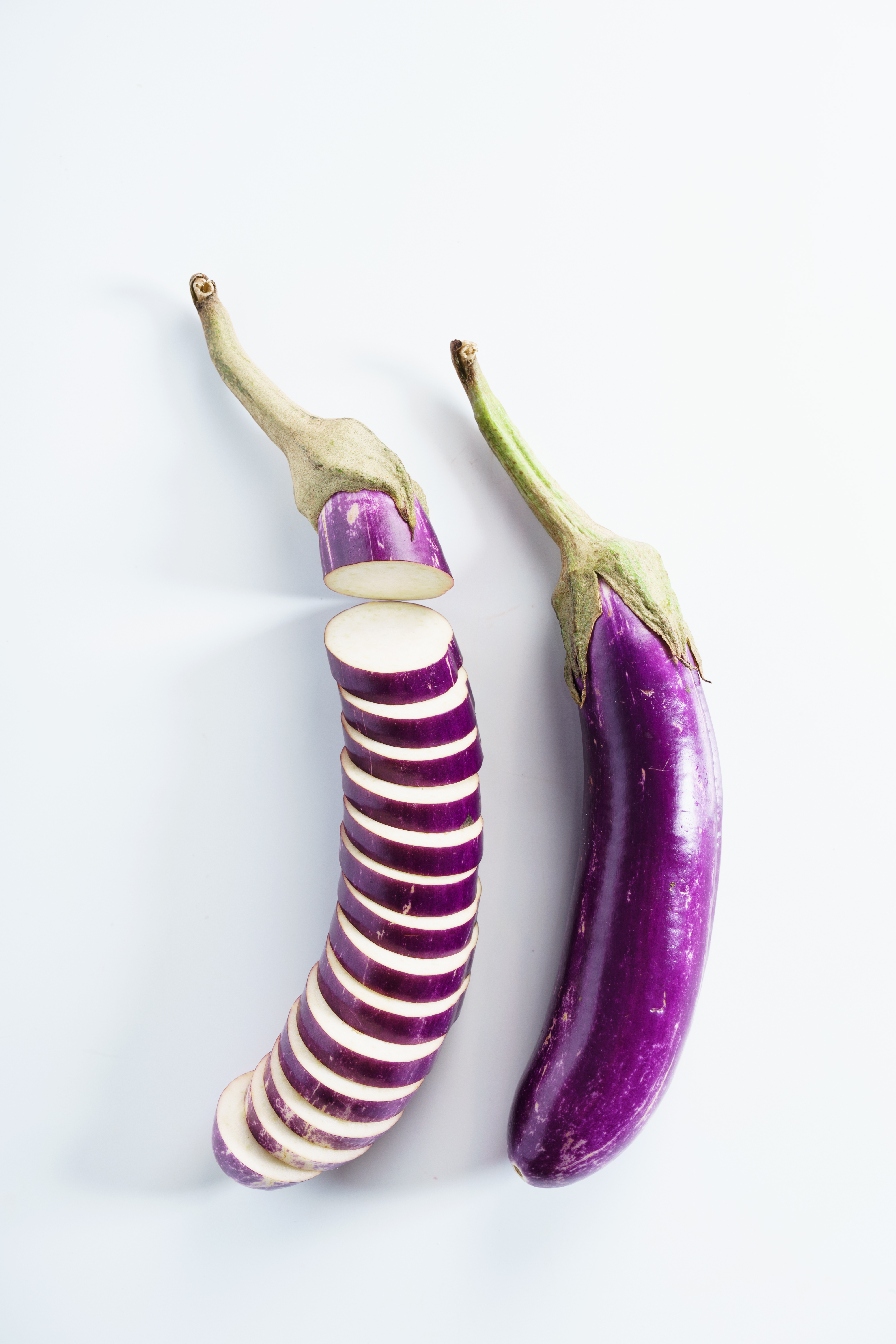 Long, skinny varieties, such as Japanese or Chinese eggplant, are ideal for turning into bacon. A sharp mandoline easily turns them into narrow strips for flavoring and frying into bacon. Since most mega-markets carry globe varieties, we're using a vegetable peeler to whittle down these plumper specimens into nice, narrow strips that mimic the shape of pork belly bacon.

Use a sharp vegetable peeler to thinly and efficiently cut the eggplant into long, thin strips. First peel a strip of the eggplant's skin away and discard. Then peel a few strips from the unpeeled area -- these strips will be seasoned and fried up as faux-bacon. Give the eggplant a quarter turn and begin the process again. The idea is to leave a small strip of peel on some pieces and work around the eggplant's spongy center. Save the eggplant center for roasting later.

Frying thin eggplant slices in a bit of olive on the stovetop beats the pants off of oven-frying eggplant for bacon. Pan-frying gives you complete control over the cooking of the eggplant, which means you're far less likely to burn the bacon. It is also dramatically faster than baking. Pan-frying also contributes a fair amount of fat to the eggplant, crisping it while giving it a satisfying, unctuous quality. Perhaps you're wondering how to avoid a soggy, oily mess. There's a trick for that too.

You'll notice that the eggplant bacon is only seasoned on one side and fried first on the unseasoned side. Quickly seasoning one side of the thin strips just before frying keeps the eggplant from expelling excess moisture, therefore preventing steaming in the hot oil. Frying seasoned-side up first keeps the seasoning from burning while the eggplant crisps. 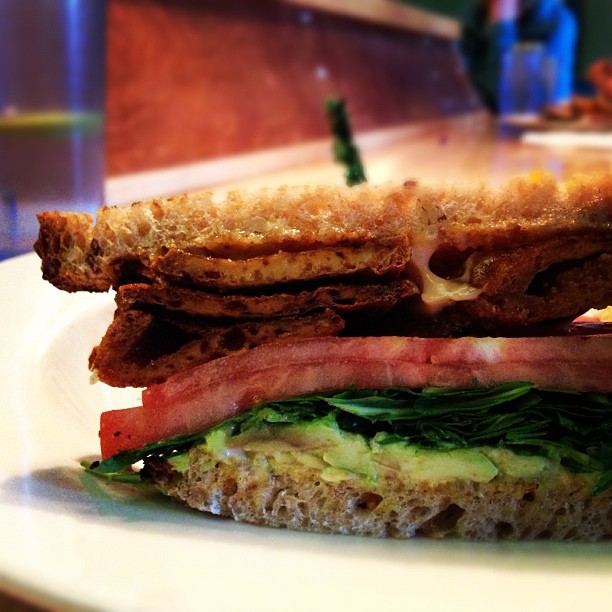 How to use eggplant bacon

Eggplant bacon can be used almost anywhere you might use traditional bacon:

--As a side for scrambled eggs.

--Nestled on a veggie burger hot from the grill.

--On an EBLT (eggplant bacon, lettuce and tomato) sandwich.

--Crumbled atop corn chowder or chili.

Slice the eggplant: Trim the stem from the eggplant. Use a vegetable peeler to make long, thin strips of eggplant by peeling vertically down the length of the eggplant, turning the eggplant a quarter turn every 4 to 5 strips. Discard any strips that are primarily peel. Discard the very seedy innards of the eggplant. Lay the strips out in a single layer on a baking sheet or large cutting board.

Season the eggplant: Combine the tamari or soy sauce, smoked paprika, and liquid smoke in a small bowl. Brush the eggplant slices on one side with the mixture.

Fry the eggplant: Heat the olive oil in a large cast iron skillet over medium-high heat until shimmering, about 5 minutes. Add 6 strips of the eggplant, seasoned-side up, and fry until crispy, 2 minutes per side. Some pieces will brown quickly, and others will have soft spots.

Drain the eggplant bacon: Transfer the bacon to a paper towel-lined baking sheet. Repeat frying the remaining strips. Eat immediately. Eggplant bacon is best eaten the day it is made.

(Meghan is the associate food editor for TheKitchn.com, a nationally known blog for people who love food and home cooking. Submit any comments or questions to editorial@thekitchn.com.)

This article is written by Megan Splawn from The Kitchn and was legally licensed via the Tribune Content Agency through the NewsCred publisher network. Please direct all licensing questions to legal@newscred.com.

Eggplant is as versatile as it is flavorful. From eggplant bacon (yes, bacon!) to lasagna, there are plenty of ways for you to enjoy. Check out recipes for Gluten-Free Eggplant Lasagna, Eggplant Satay and Panko Crusted Eggplant Parm.

Eggplant is as versatile as it is flavorful. From eggplant bacon (yes, bacon!) to lasagna, there are plenty of ways for you to enjoy. Check out recipes for Gluten-Free Eggplant Lasagna, Eggplant Satay and Panko Crusted Eggplant Parm.