We all have our favorite holiday traditions—the spiced pumpkin pie, the roasted turkey with crispy skin or the mulled cider simmering on the stovetop. While our favorite festivities might feel timeless, the truth is that holiday dining has changed dramatically through the ages, and the food trends and dishes served during the holidays often reflect what was going on in the world at the time. Read on to learn about 7 historic holiday dishes that are sadly (or not-so-sadly) missing from our celebrations today. 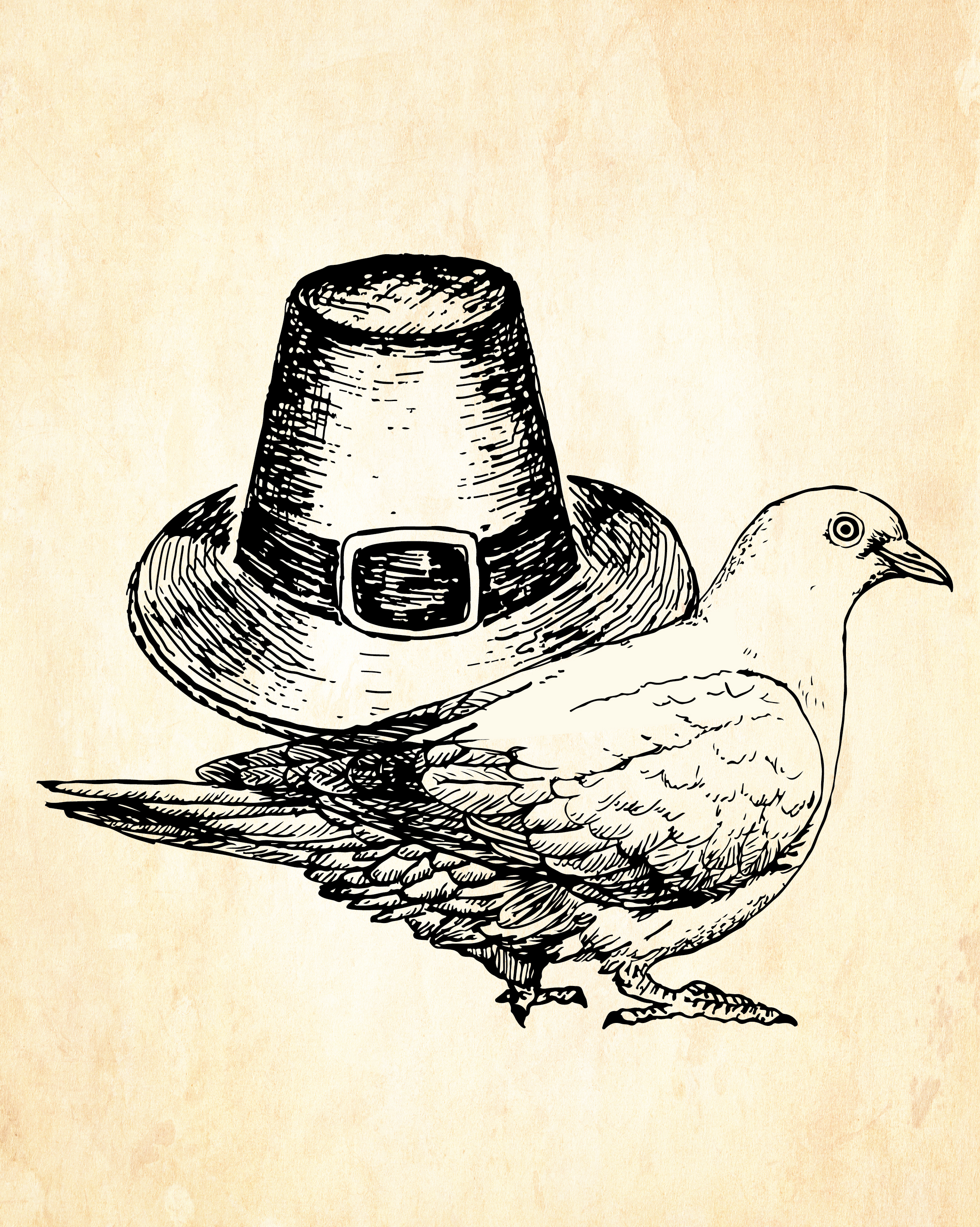 It should be no surprise that the celebration between the Pilgrims and Wampanoag at the first Thanksgiving in 1681 was a little different than our modern-day festivities, but "The Smithsonian" reports that it might have been more different than you’d expect. There were no mashed potatoes since potatoes had not made their way to North America, and cranberry sauce would not be invented for 50 years. Instead, the feast included several types of meat and fowl, from venison to swan to wild turkey. Passenger pigeons—which are now extinct, but were incredibly common in the wild at the time—were featured particularly heavily in the meal. 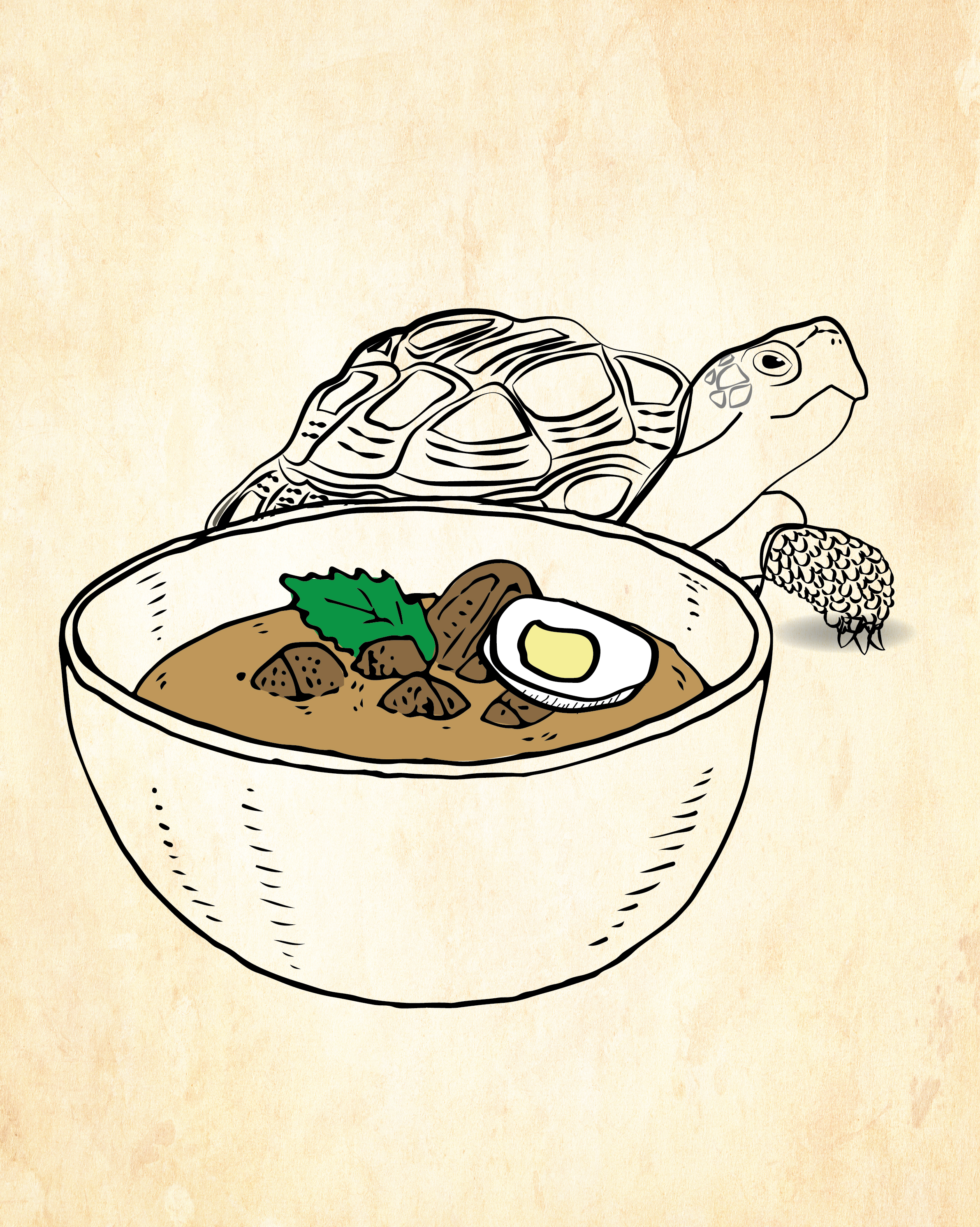 While the “global community” in the late 1800s was far from the uber-connected world we live in today, Americans in the mid- and late-1800s were increasingly interested in the tropical delights of the islands Columbus had originally believed to be near the Indian continent. This cultural curiosity was reflected in the use of Caribbean-inspired ingredients in holiday menus of the affluent at the time. "Godey’s Lady’s Book" cookbook, released in 1887, featured Thanksgiving menu that included layered “west Indian dessert,” made by alternating layers of sliced pineapple and banana with coconut. And both Americans and the British loved turtle soup. Famed British cookbook "The Art of Cookery, Made Plain and Easy—By a Lady" even published instructions on how to dress turtle the "West Indian way," another example of prized "global" cuisine. 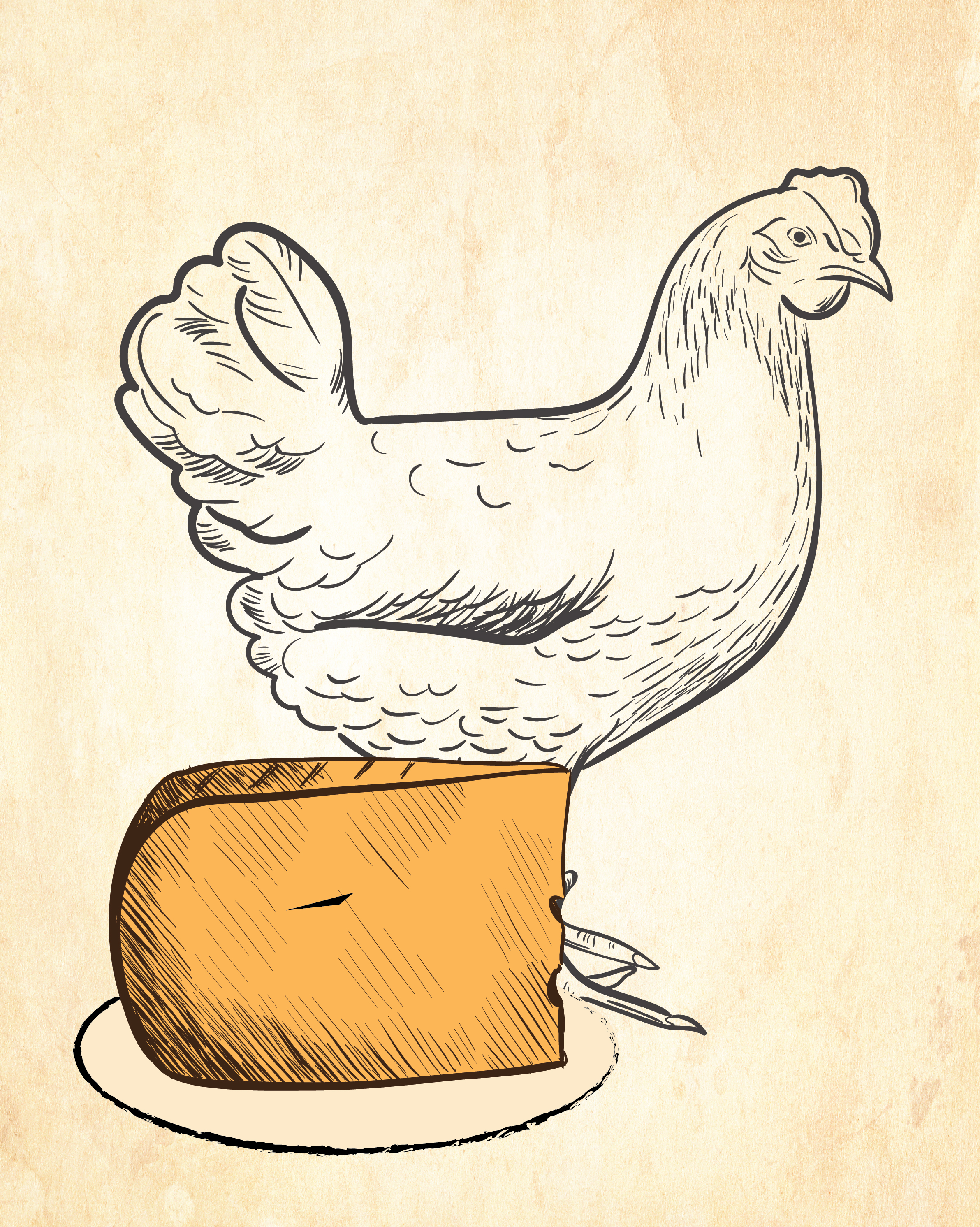 World war 1 changed how Americans ate, and rationing of butter, sugar, and turkeys all had an impact on Thanksgiving and holiday celebrations during the war. A 1917 issue of the "San Jose Mercury News" discouraged readers from buying turkeys and instead Americans celebrate with a humbler chicken, and told Americans to use American cheese in place of richer options. Americans also rationed sugar, and an issue of the "Philadelphia Inquirer" that year encouraged readers to forego cranberry sauce because of its sugar content. 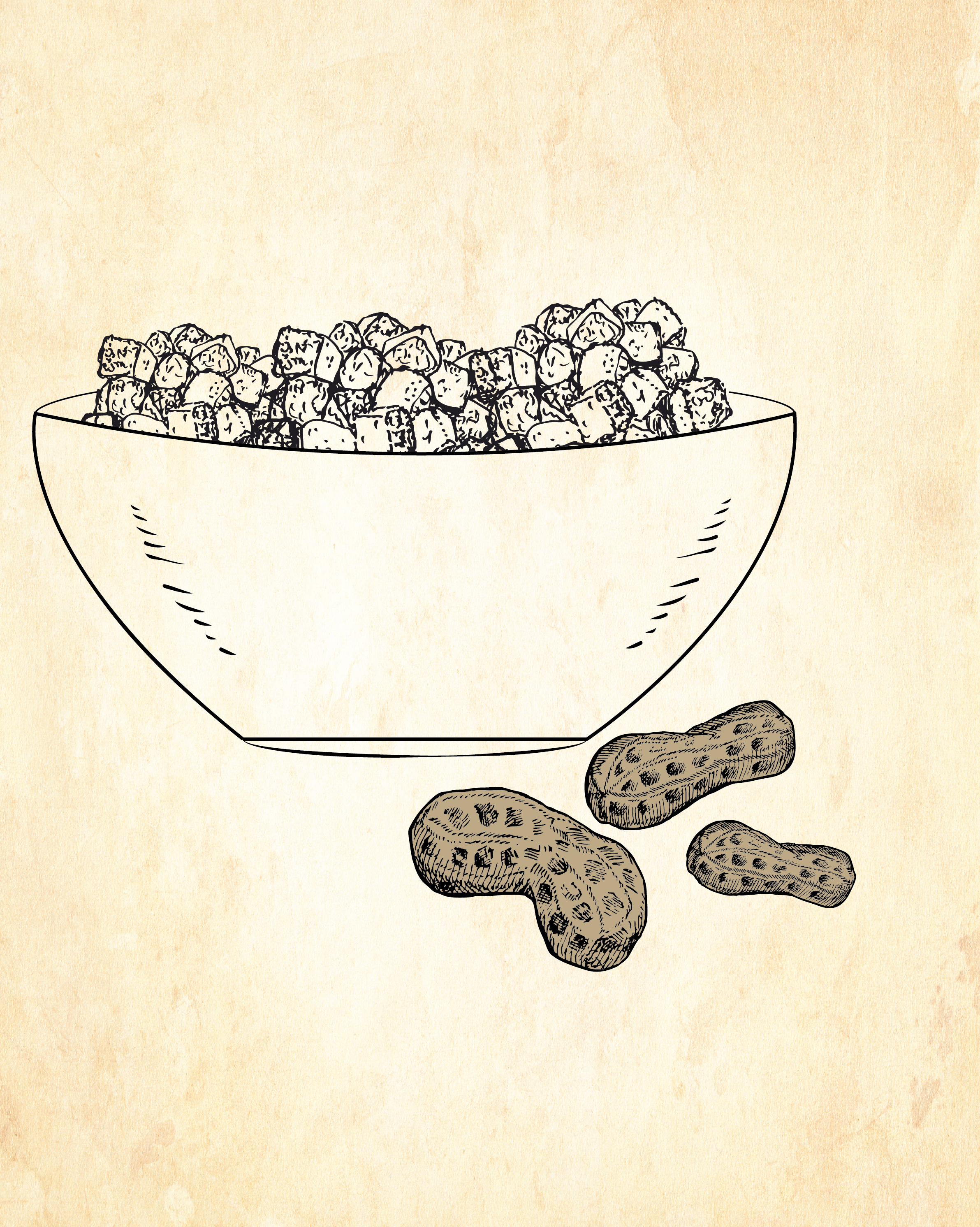 Though the war (and the wartime rationing) was over, tough economic times during the 30s affected how Depression-era families celebrated the holidays. Rich (and expensive) oyster and sausage stuffings were unattainable for most families. So newspapers recommended that families instead make meat-free stuffings — like the "Beaumont Journal's" chestnut stuffing, made from chestnuts, bread and seasonings. Depression-era festivities also favored low-cost dishes that didn’t require coal or other energy sources to prepare—like tomato juice with a sprig of parsley served as an appetizer. 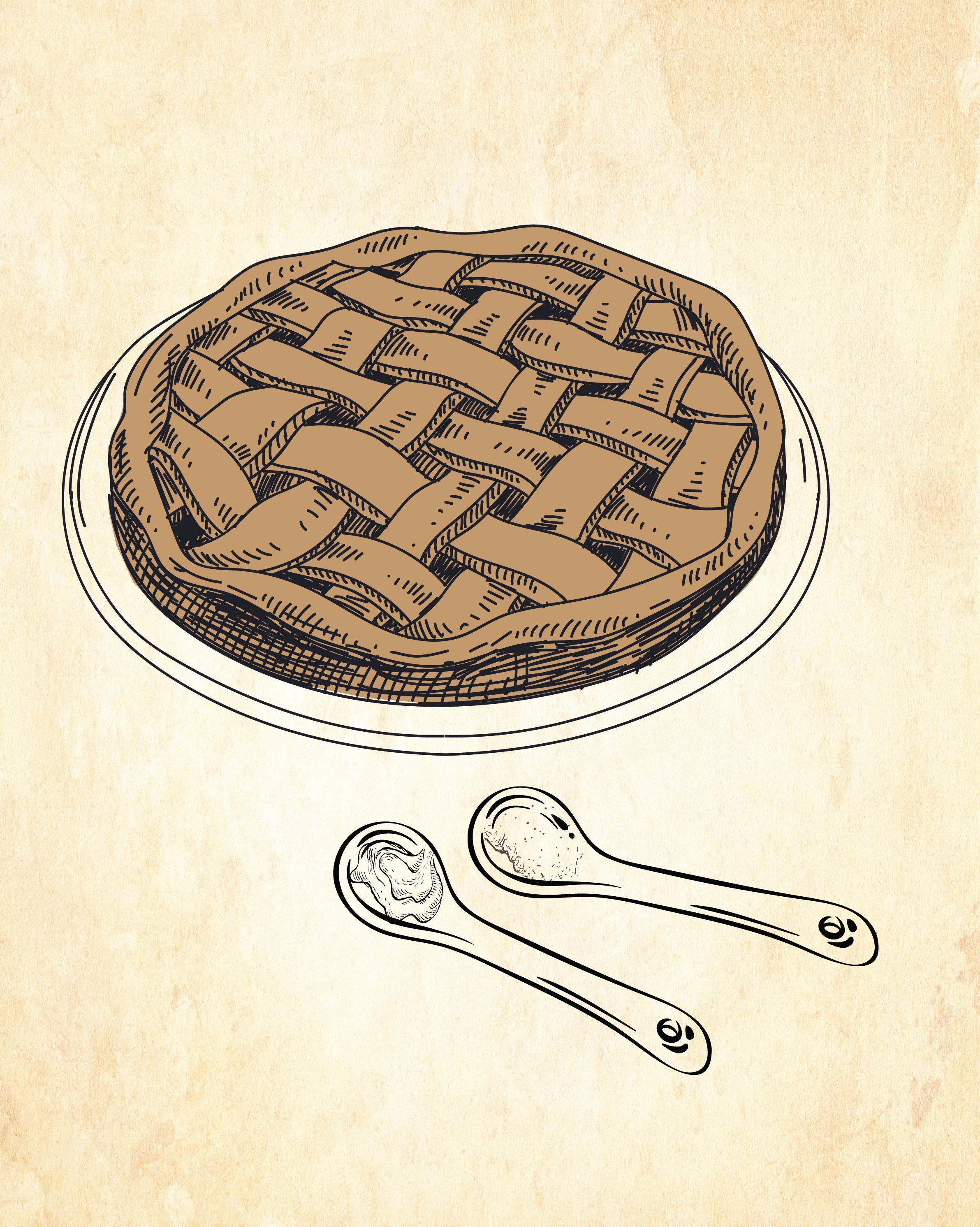 The start of the second world war meant the return of wartime rationing—and the scarcity of sugar to use for holiday cooking. Americans adapted by seeing out other sweeteners or simply reducing the amount of sugar in their meals. Case in point: an almost-unsweetened apple pie recommended by the "Louisville Times," which featured tart apples and just a tablespoon each of honey and sugar. Lower sugar content lets the natural sweetness of the apples shine through—but we’re still partial to a classic apple pie that’s just a bit sweeter. 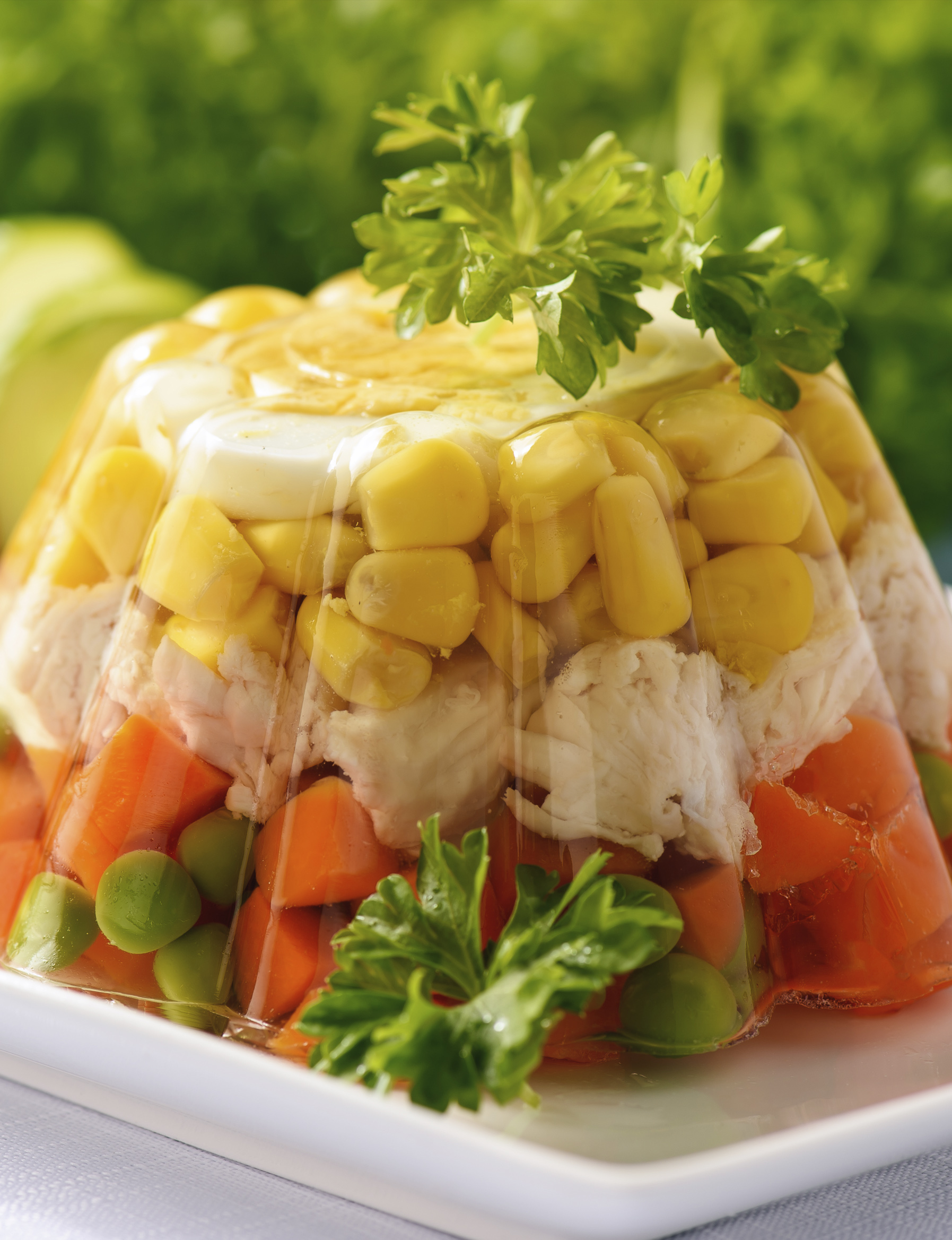 The movement of women into the workforce during the world wars changed how America cooked—and post-war cooking included plenty of convenience foods designed to help women balance their new professional and domestic lives. One convenience favorite? Gelatin. The ubiquity of jelly made its way into holiday celebrations, too, and the editors at "Bon Appétit" recommended a gelatinized Waldorf salad adorned with walnuts, candied cranberries, and a gelatinized sour-cream-and-onion dressing in a 1961 holiday issue. Call us unadventurous, but we’d prefer the classic version! 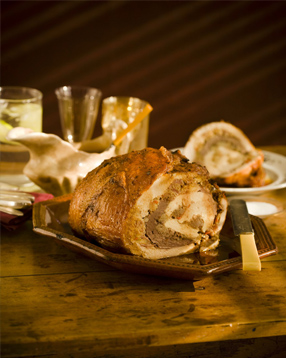 Though turducken is the most recent “forgotten” dish on our list, it's already mostly out of style. Made from a chicken, inside a duck, inside a turkey—often with sausage or bacon stuffed between each layer—a turducken certainly embodies the "meat on meat on meat" protein craze of the early 2000s. Thanks to the uber-rich texture, extremely long cooking time, and the prep time needed to debone the chicken and duck before cooking, the turducken has mostly fallen off our holiday menus. But you could always serve your turkey with a bacon-flavored turkey gravy to layer meat flavors without the hassle.