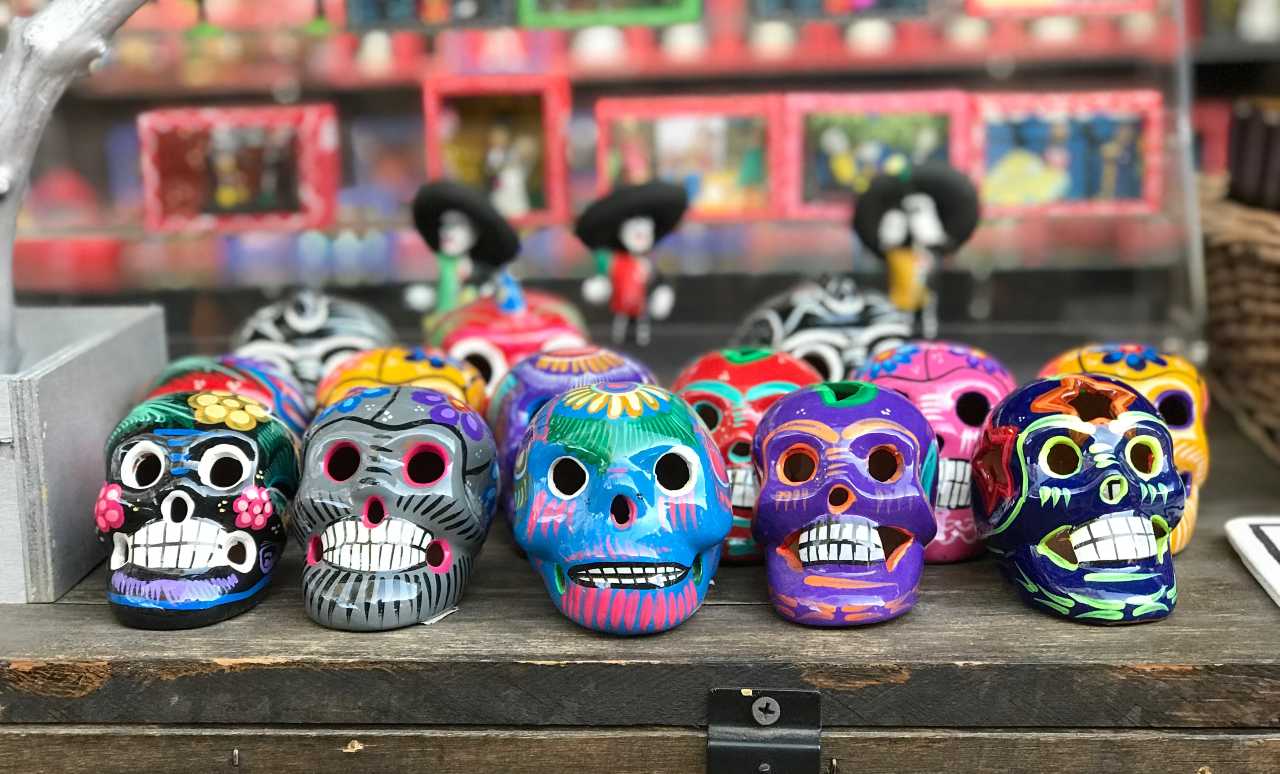 McCormick and Poderistas invite you to explore Latinx cultural heritage and join in the celebration of Día de los Muertos (Day of the Dead), a holiday that honors loved ones who have passed on and embraces death as a natural part of the cycle of life. Far from a somber occasion, Día de los Muertos is a uniquely Latin-American commemoration that dates back to pre-Columbian times and preserves culture and community to this day. Day of the Dead celebrations, which are becoming increasingly popular in the United States, are often filled with laughter, loads of food and flowers and above all, love. Here are some interesting and fun facts to help you learn more about its significance and how it is observed:

It is a time for celebration, not grieving. What better way to venerate the deceased than to honor the life they lived? Family members and friends of the dearly departed recall special memories, share favorite stories about them and welcome their spirits back to earth from the land of the dead at this time. In Mexican culture, it is believed that these spirits would be insulted if they came back to find everyone in mourning. That’s why calacas or calaveras (skeletons) are often depicted with smiles or as though they’re ready to party. During this joyous celebration, people and spirits feast on a communal meal, featuring the late loved one’s favorite foods, of course.

In some parts of Latin America, it is a bigger celebration than Christmas. Rooted in pre-Columbian traditions and Catholicism, Día de los Muertos is the largest religious holiday of the year in Mexico. It is marked with big public festivals that often include parades with giant papier-mâché sculptures of calaveras, including La Catrina, and alibrijes, the spirit animals that guide the deceased and popularized in the 2017 film Coco. Large celebratory gatherings at cemeteries and more intimate festivities inside individual homes also are common.

It is not Mexican Halloween, and it is not just one day. Despite some misconceptions, Día de los Muertos is not Mexico’s version of Halloween, which falls a day earlier. Despite their adjacency on the calendar, the two holidays have different origins, meanings and traditions. Halloween, which has Celtic origins, is celebrated on October 31st and is known as All Hallows’ Eve. Meanwhile, Día de los Muertos is a bit of a misnomer in that it is actually a two-day celebration: November 1st and November 2nd, also known as All Saints’ Day and All Souls’ Day, respectively. The first day honors infants and children and is often referred to as Día de los Angelitos or Day of the Little Angels. Adults are venerated on the second day.

Not only is it not Halloween, but it is also much, much older — dating back 3,000 years. The history and tradition of Día de los Muertos celebrations dates back to pre-Columbian culture and later mixes in Spanish ritual customs. For pre-Columbian cultures (including Olmec, Mayas, Toltecs, and Aztecs), life and death were not independent of one another. Death was accepted as a fundamental part of life, most clearly affirmed through the harvest cycle. When Spanish colonizers arrived in the 16th century, they moved Día de los Muertos from the summer to fall to coincide with the Catholic holidays.

It is widely celebrated by the Latinx community worldwide. This observance occurs in Latin America, particularly in Mexico and Central America, and progressively with Mexican-Americans in the U.S. In fact, one of the largest celebrations in the U.S., now in its 22nd year, is hosted by Hollywood Forever Cemetery in Los Angeles, home to many Día de los Muertos festivities and almost 5 million Latinx. One of the largest, most well-known and colorful festivities in Latin America happens in Oaxaca, Mexico.

To welcome back the spirits to the land of the living, people set up altars known as ofrendas (offerings). Customarily, altars consist of three levels symbolizing heaven, earth and the world in between or some believe, the Holy Trinity. Some more elaborate altars can have up to seven levels. Historically, the ofrendas include items representative of: water, wind, fire, and earth. Beyond their symbolism, the fire (in the form of candles) is offered to light the spirits’ path back to earth and water to quench their thirst from the long journey back home. Papel picado (tissue paper cut-outs common in jubilant Mexican festivities) signifies wind, while the deceased’s favorite foods — to nourish a tired and hungry spirit — makes up the earth element. For centuries, pan de muerto (bread of the dead), copal, a purifying incense, and salt have been used in ofrendas. Chocolate, as a beverage or a sweet treat, is also common, along with the traditional foods of tamales, mole and atole. Collectively, these offerings are meant to jog the spirits’ memories and draw them back to earth. Also a symbol of purification, salt is meant to protect a spirit’s purity as it returns to the land of the dead.

Ofrendas also include other items that hold symbolic meanings. Calaveras de azúcar (sugar skulls) are called that for a reason: They are made mostly of granulated sugar, plus meringue powder and water. The skulls are decorated with bright, colorful royal icing. These calaveras also are meant to signify how sweet life is and are a nod to pre-Columbian imagery. Cempasúchil (marigold flower) is known as flor de muerto (flower of the dead) and is a staple on any altar. The flowers’ bright colors and sharp scent are believed to guide the spirits to the altars. They are also symbolic of the sun’s light and energy, as well as the transience of life. While traditionally real marigolds are used on altars, today paper flowers also are acceptable and quite popular. Photos of deceased loved ones are placed at the highest point on the altar, often in decorative frames, along with the departed’s personal belongings — meant as a cheerful reminder of their time on earth — favorite foods, and religious symbols.

Sleeping over in cemeteries is commonplace and not scary. One of the main activities during Día de los Muertos is the cleaning of graves to prepare for the visiting spirits. Because most cemeteries in Latin America are not owned privately, they are maintained by members of the nearby community. For Day of the Dead, family members of all ages spend the night celebrating while cleaning, decorating, and picnicking at a family member’s gravesite. They share stories and laughs and listen to music — often from mariachis serenading the deceased.

It is officially a big deal — and not just for Mexicans. Not only is Día de los Muertos a national holiday in Mexico, it was also recognized by the United Nations Educational, Scientific and Cultural Organization (UNESCO) as an intangible Cultural Heritage of Humanity in 2008 (originally proclaimed in 2003).

Modern day Día de los Muertos in the United States emerged during the Chicano Movement. This important movement, also known as El Movimiento, took place in the 1960’s and advocated for Mexican culture and traditions to become an intrinsic part of the American cultural mosaic. The celebration was supported by the Chicano Movement as a way to reclaim a truly Mexican, pre-Columbian tradition. Though some of the traditional elements of Día de los Muertos have remained, how and where it is celebrated has been mixed with Latin American traditions and even differs from region to region. Celebrations have also given way to modernization, as silk marigold flowers, electric candles and digital photo frames often adorn today’s ofrendas.