How to Make Congee Without a Recipe

How to Make Congee Without a Recipe

Congee is the most forgiving breakfast in the world. You could get away with just rice and water and be quite satisfied with the result. Plus, there’s almost no such thing as overcooking congee—it’s ready to eat when the rice is soft and hot, and if you want a glutinous, heavy congee, you can let it simmer almost to the point of disintegration so that each grain of rice becomes flat and expansive.

Plain congee provides the perfect base for any topping: wisps of pork floss, buttery cubes of fermented bean curd, pickled vegetables, sliced yóutiáo, or even some brown or rock sugar. But congee can also be an entire dish unto itself. A popular version is pork and century egg congee—pídàn shòuròu zhōu.

You've either heard of century eggs or you haven't, and if you know what they are, you either love them or you don't. A century egg is a duck or chicken egg that's preserved—not literally for a century, just for a few weeks—until the yolk turns a deep greenish-grey and the whites become a translucent black patterned with sprawls of white salts from the brine. It also smells pretty rank.

But don't back away just quite yet. When century eggs are added to a mix of strong flavors—garlic, ginger, scallions and peppercorns—their unusual odor magically vanishes. You're left with the texture: a deeply satisfying creamy yolk surrounded by the chewy give of the whites. Pork gives the congee heft and substance, and everything is encompassed by a toothsome rice-saturated broth.

Sound good? Here's how to make it:

1. Pick your stock. It can be any kind of stock, but if you have the time and want to match flavors, go with a homemade stock made from chicken, ginger, onion, and rice wine. Pour it all into a soup pot, a crockpot, or a rice cooker—whatever works for you—and turn the heat up until it starts to boil.

2. Add rice. If you have rice left over from last night’s dinner, you're that much closer to a hot bowl of congee. You can also use dried rice, of course, keeping in mind that the congee will take a bit longer to cook.

Plop in the rice, using a greater quantity for thicker congee and less rice for a thinner one. Let everything come to a boil again, give it a good stir if the rice is clumpy, and then set it to simmer. 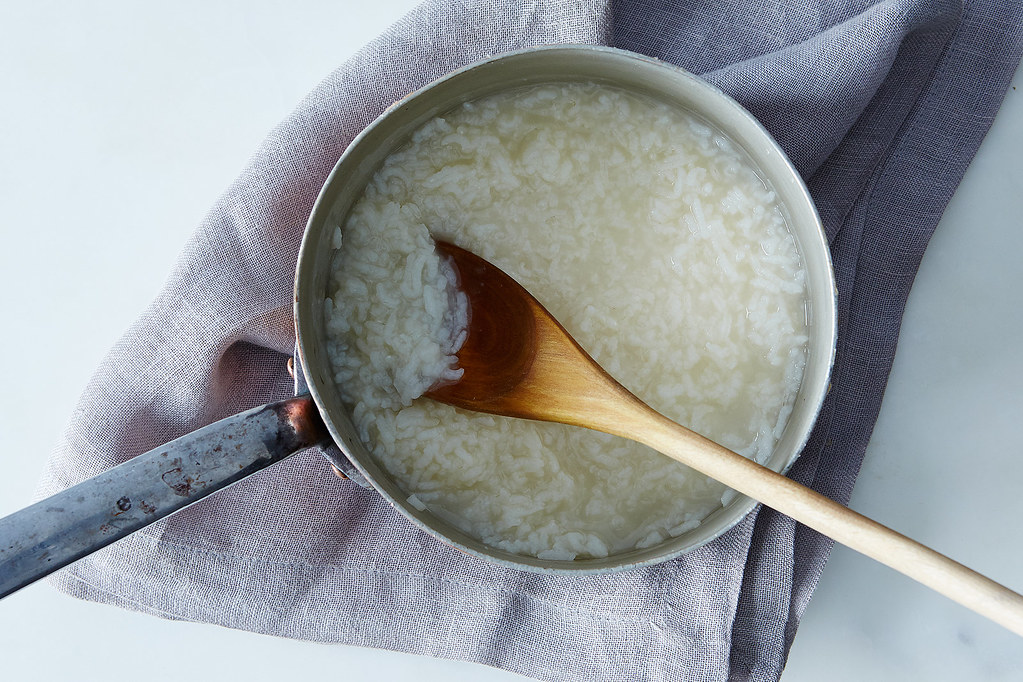 3. Stir-fry thin slices of pork. While your rice and broth are simmering, heat up a wok and drizzle it with cooking oil. You can also add some sesame oil if desired. Sauté minced garlic and ginger, sliced scallions, and peppercorns in your preferred proportions, but don't go overboard: A few big pinches of each will do. Season with salt and pepper to taste. When the meat is cooked, stir the pork, oil and all, into the still-simmering congee.

Your congee is ready when you think it's ready (and if you're using dried rice, the rice is cooked through)—it's not more complicated than that. Make sure to taste it to make sure the levels of salt and spice are where you want them. It's never too late to add just a dash more ginger. 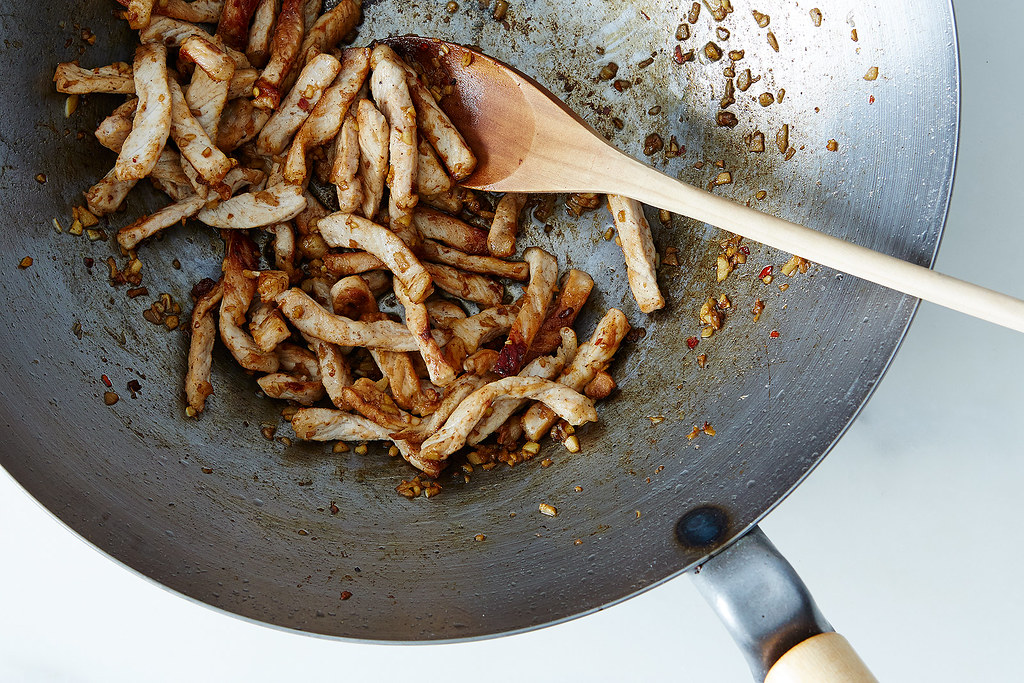 4. Peel and dice your century eggs. If you can't find any or aren't willing to invest in a six pack from an Asian grocery store just yet, you can leave these out. You can even substitute soft boiled eggs in a pinch.

Add bite-sized pieces to the congee a little before you plan on serving it, and let everything simmer for another few minutes, or until the eggs are heated through. 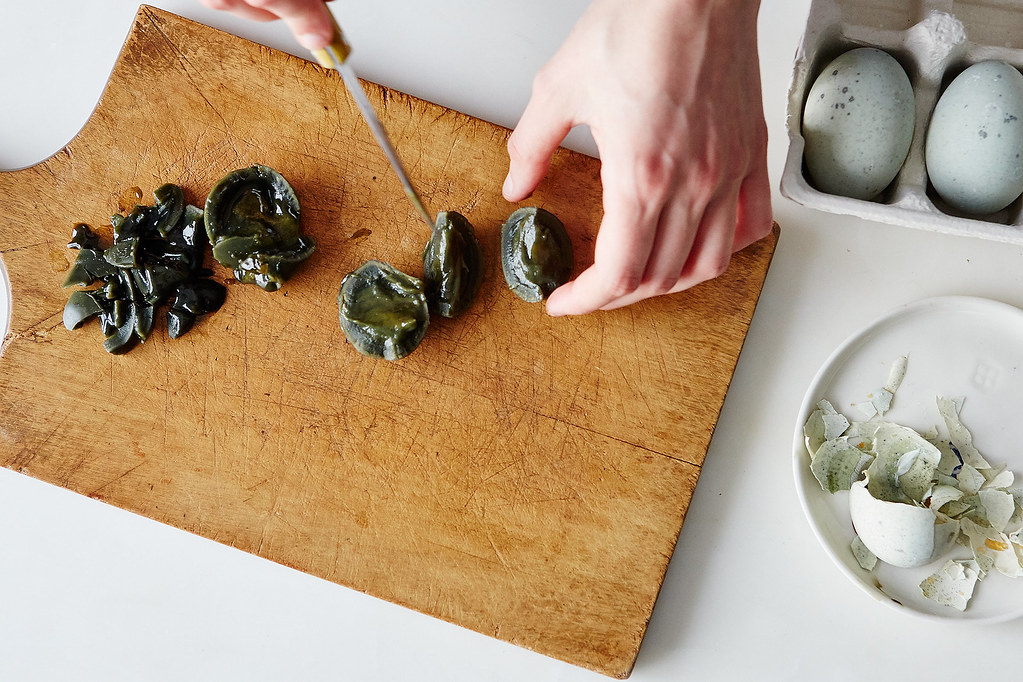 5. Garnish and serve. Ladle the congee into bowls and take a moment to inhale the aromatic steam swirling up from its surface. Not a single whiff of egg. Drizzle on a bit of sesame oil, chopped scallion, and cilantro. The rice, pork, and egg make the congee an incredibly filling breakfast, while the mingling of spices energize.

Don't be worried if you find that all the bits of century egg have been fished out and gobbled up before the rest of the congee. It happens. Chop up a few more eggs, and set the congee right back on the heat. Good as new.

This article was written by Jenny Xu from Food52 and was legally licensed through the NewsCred publisher network. Please direct all licensing questions to legal@newscred.com.

Warm, comforting and deliciously filling, congee is one of our favorite breakfast go-tos. Try it sweet or savory with these creative recipes: Spiced Pumpkin and Pecan Congee and Chinese Congee with Ginger & Chicken.

Warm, comforting and deliciously filling, congee is one of our favorite breakfast go-tos. Try it sweet or savory with these creative recipes: Spiced Pumpkin and Pecan Congee and Chinese Congee with Ginger & Chicken.