If the first word you would use to describe goat cheese is “funky” or “barnyardy,” you’re not alone. That said, you might also be overlooking all that goat cheese has to offer.

While it can boast pungent flavors and smells, the stereotype of all goat cheese as smelling and tasting like a barnyard is undeserved — and according to Haley Nessler, who works for Northern Californian cheese manufacturer Cypress Grove, it’s not the only thing people get wrong about the cheese.

To bust some of the most common goat cheese misconceptions, we spoke with Nessler at the San Francisco music fest Outside Lands, where Cypress Grove was slinging plates of its famed goat and sheep milk cheeses to revelers at a magical section called Cheese Lands. Ahead, Nessler sets the record straight on four myths that could be holding you back from maximum goat cheese gratification. 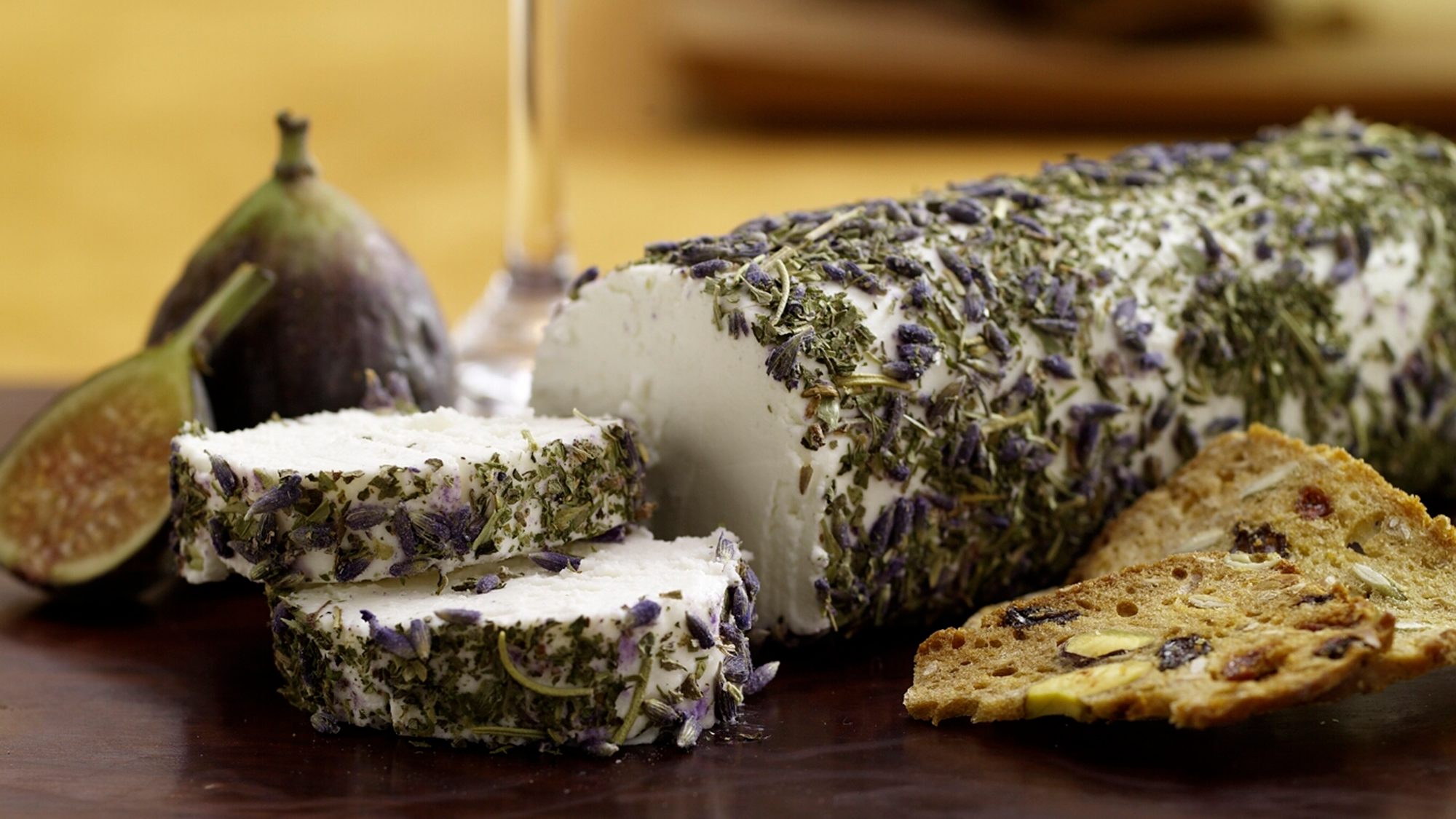 Not so, says Nessler. Depending on how it’s produced, goat cheese can range from gamey and tangy to mild and even lightly sweet. “A lot of people describe goat cheese that maybe doesn’t come from the cleanest milk as sort of goaty and barnyardy, so really all it takes is one bad experience and then that’s what people think goat cheese tastes like,” she says. (That said, there are those who enjoy that goaty flavor, and to each their own chèvre.) “But when you use fresh, clean milk, that carries over into the cheese as well.”

Freshness is important — the older goat milk is when it’s processed, the goatier the cheese will taste — and so is keeping male and female goats separate, explains Nessler: During breeding season, the males produce strong-smelling hormones that can make the females’ milk and the cheese produced from it taste goaty, too.

Soft, fresh goat cheese may be the most widely known type, but, “You can definitely make firm cheeses out of goat milk,” Nessler says: When people think of goat cheeses as creamy by default, they may be thinking first of “farmstead cheeses, of producers who have their own goats and make their own cheese, but goat cheese goes far beyond that.” She points to Cypress Grove’s dense goat Gouda, Midnight Moon, which is aged six months or more and studded with crunchy protein crystals developed in the aging process (“A lot of people taste it and don’t even know it’s goat”). Cheddar, Swiss, and Jack cheeses are a few others you can find in goat form. 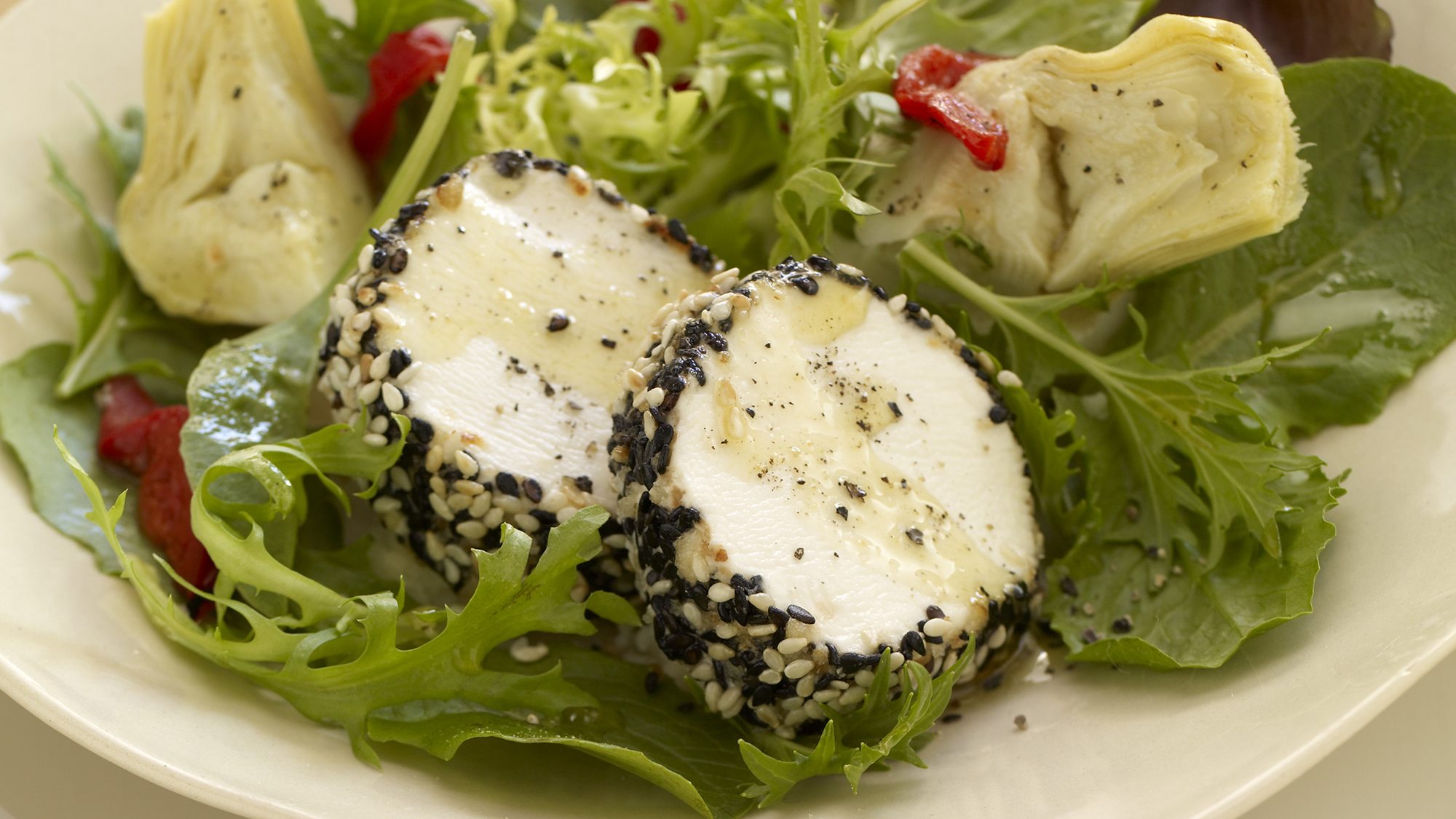 "If cow cheese upsets your stomach, you need to avoid goat cheese, too."

“One of the biggest bonus points of goat cheese is that goat milk has a different protein composition” than cow milk, Nesser says, with the proteins in goat milk more digestible than those in cow milk. Goat milk fat globules also tend to be smaller than cow milk fat globules, meaning your digestive enzymes can make shorter work of them. If you’re lactose intolerant and can’t digest lactose, the sugar found in milk, keep in mind that goat milk has a fair amount of the stuff; there’s still a bit less than in than cow milk, though, another reason goat cheese may be easier on some people’s stomachs. 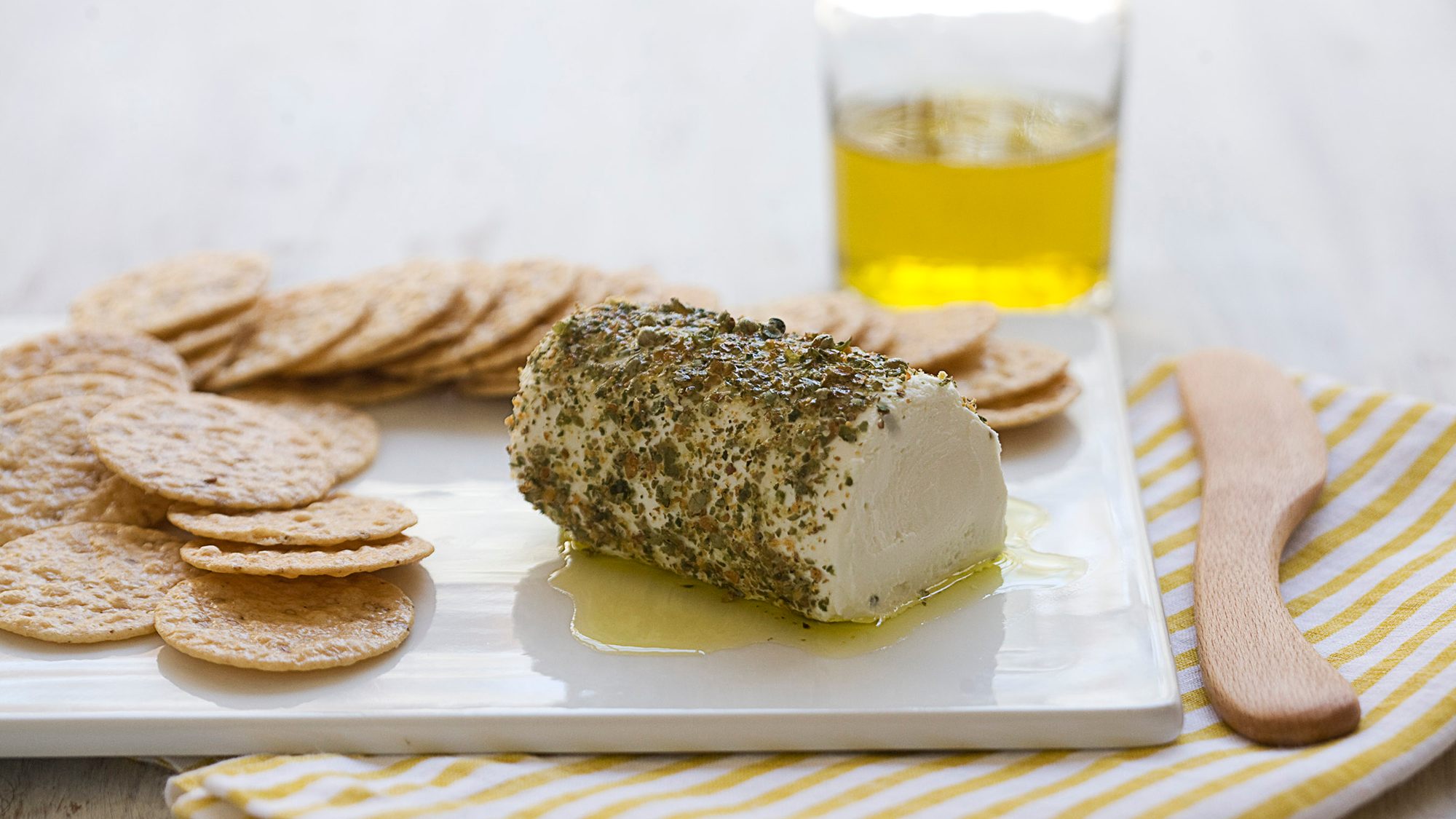 "Wine is always the best beverage to pair with goat cheese."

You might assume a nice cheese’s natural best friend is a nice wine, and while Sauvignon Blanc is a classic goat cheese companion, Nessler has another idea. “We love pairing with beer because it’s not as acidic as wine. Goat cheese tends to be fairly acidic, and acid and acid are really harsh on your palate, so it can actually be kind of tricky to pair goat cheese with a lot of wine,” she says. “What I love most about it is that goat cheese tends to coat your palate, with all of that really luscious fat in it, and what the bubbles in beer do is cut through that fat and allow you to taste more of the cheese and the beer.” Consider us sold.

Not that we need a reason to eat more goat cheese ... but these recipes help! Check out Pepper and Herb Crusted Goat Cheese, Tomato Goat Cheese and Rosemary Tart and Herbed Vegetable Pancakes with Yogurt Goat Cheese Sauce.

Not that we need a reason to eat more goat cheese ... but these recipes help! Check out Pepper and Herb Crusted Goat Cheese, Tomato Goat Cheese and Rosemary Tart and Herbed Vegetable Pancakes with Yogurt Goat Cheese Sauce.