9 Ways to Throw a Great Birthday Party While Social Distancing

9 Ways to Throw a Great Birthday Party While Social Distancing

Blowout celebrations can't happen right now. But whether you're planning for yourself or a loved one, a bit of thoughtfulness, creativity and a little help from technology can make the big day one to remember.

Since government and public health officials have asked people to stay home to help prevent the spread of the novel coronavirus (COVID-19), many aspects of life as we know it are temporarily suspended, like school, sports and religious gatherings, to name just a few. But time marches on—even if you can't quite remember if it's currently Sunday or Wednesday— and along with it comes life milestones like birthdays.

When you're celebrating a birthday while practicing social distancing, your options are limited. This might be a bummer for the second grader who was hoping to take over the local play space, or the twentysomething who was planning to invite friends to join her at a concert. But dreaming up ways to honor yourself or a loved one can also be an opportunity to toss out preconceived notions in favor of something more intimate and creative, not to mention unforgettable. Here are nine fun ways to do it.

One straightforward suggestion: Simply gather friends and family members for singing and cake on a platform like FaceTime, Zoom, Google Hangouts, Whereby or WebEx. To make it even more festive, ask everyone to log in holding a treat topped with a lit candle. A family celebrating a relative who lives nearby (like a grandparent) can buy two identical cakes from a local bakery and leave one on their loved one's doorstep.

Davonna Approvato of South Plainfield, New Jersey, will be participating in a Zoom hangout with about seven other friends to celebrate her 30th birthday. She's planning to snack on popcorn with a glass of wine, and says most of her crew will likely do something similar. "There have been some silver linings in all of this, and getting together with friends near and far, virtually, is one of those," she says. 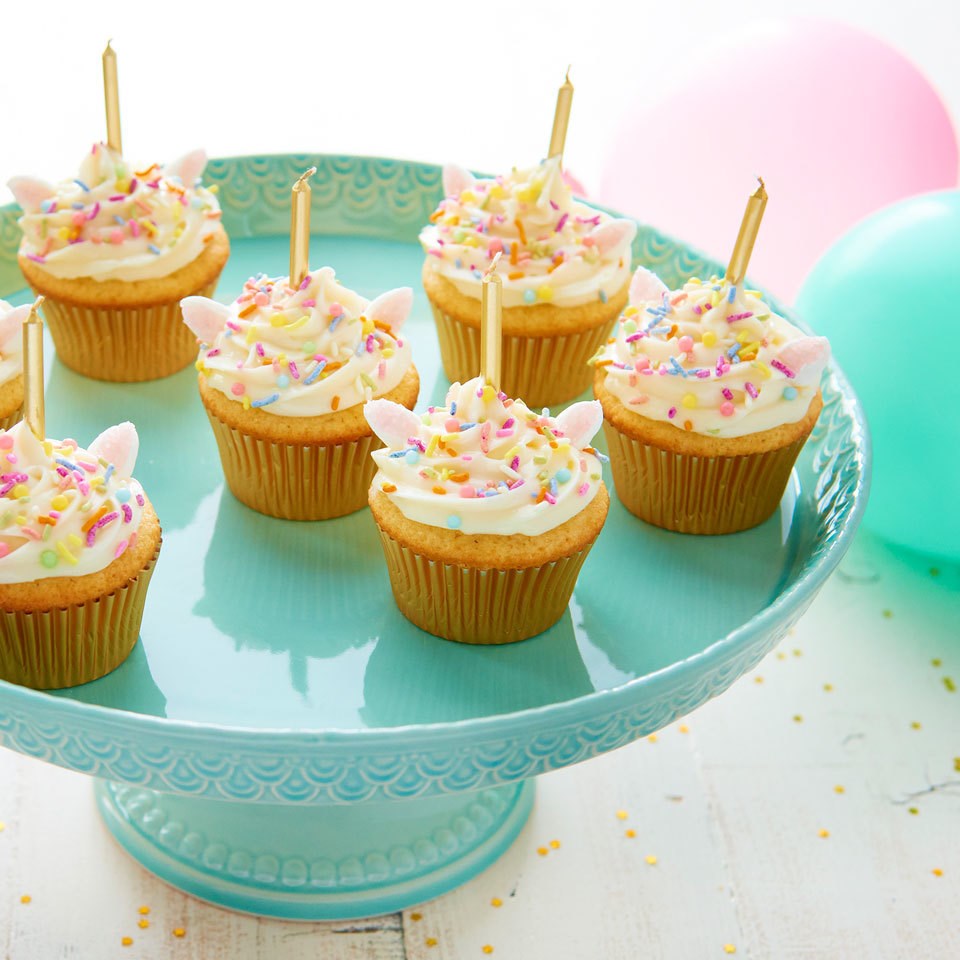 Give your online party a theme

Depending on the ages and interests of those involved, you can also weave a specific activity into your video call. Parents can hire a local musician to entertain a group of toddlers, or friends can play different games such as physical ones (Cards Against Humanity or Magic the Gathering decks work well) or online options like Fortnite, Minecraft or the increasingly popular Animal Crossing. Tweens and teens might enjoy the Netflix Party browser extension, which synchronizes playback for everyone watching and adds a group chat feature. You can also plan a virtual wine and cheese tasting, or a cocktail-mixing party, with everyone making their favorite drink on camera and sharing the recipes in the chat sidebar.

You can purchase gifts to be delivered, although with some retailers experiencing shipping delays, it's best to plan a few weeks ahead if there's something specific you're hoping to order. Doing curbside pickup locally is another option. But you can also look around your home and get creative. Jennifer Galvin of Brooklyn, whose son turned 11 during the coronavirus quarantine, said her in-laws sent him a package filled with meaningful presents. "They're in their seventies, and haven't been able to go out shopping for gifts, which is something my mother-in-law really loves. So they mailed my son some really cool things they had been saving, like a package of antique coins, my husband's old Dungeons & Dragons set and a cool map that had been my father-in-law's when he was a student," says Galvin. Also included was a letter with suggestions for different activities, like matching the coins to the different places on the map. "It was truly sweet and elaborate, and not just some stuff they had in their house," says Galvin.

While quarantined in Brooklyn, Sabrina Waijers made a point to throw a birthday party for Archie, the family dog they'd rescued a few months before. "My kids wrapped a bone and a toy that I had squirreled away, and they even made him birthday posters," she says. And there was cake, of course. Bonus: Getting your kids involved in projects like poster decorating and gift-wrapping can buy you valuable alone time if you're trying to work from home.

Solicit help from friends and family

With many people cooped up inside, they've likely got time on their hands and probably won't mind pitching in to make a birthday a bit more festive. Kat Aaron, a mom in Brooklyn, discovered this when her son turned eight. "My son had a birthday the first week of quarantine in New York City, and he was pretty devastated that he couldn't celebrate with friends. I reached out to his class a day or two before, and invited people to make videos wishing him happy birthday, or making a card and taking a photo and sending it to me. And folks really came through. He got a ton of little notes throughout the day, and that really helped make the day feel a little special," Aaron says. Emailing and texting photos and videos works, but you can also get a little fancier by creating a PowerPoint or Google Sheets slideshow, or sending a digital video card through a site like Evite, which at press time was offering all premium digital cards, which include video messaging, free of charge.

This is not the time for play dates or parties, but some parents are getting creative—for example, asking friends to pull up in front of their home for surprise serenades. Just having lots of calls and video chats can feel special. Galvin's son's class sang happy birthday to him over Zoom and some neighbors sang from their stoops. "That night he said, this is so great, this has been the best day," says Galvin.

Keep it intimate and low-key

For her 47th birthday, Sarah Kagan, a mother of two in Brooklyn, was happy to keep the focus on food and her immediate family. "My actual birthday was the first day of remote learning for our kids, but the day before was a Sunday, so that's when my husband and kids made me waffles for brunch and we had cupcakes and Aperol spritzes in the afternoon," she says. "On the morning of my birthday, they made me signs and hung them up before I got up, which is a tradition we always do. They also gave me a pretty Tiffany necklace—ordered online, of course—that I have been wearing even though I'm basically in sweatpants every day," she says. Sarah Kagan Sarah Kagan, a mom of two in Brooklyn, was treated to cupcakes at home for her 47th birthday.

If you live alone, you should make a point to create a meaningful day for yourself. You might invite different friends or family members to join you for virtual video calls at mealtimes, and if you're tired of cooking, splurge on takeout from a nearby restaurant. Or consider cooking the same thing as a loved one and eating "together" via video. Think about different ways to treat yourself, whether it means splurging on a present for yourself that you've been eyeing online, or taking a virtual exercise class you've been meaning to try.

Put a new twist on tradition

Geoff Mann, a father in Los Angeles, has a son who celebrated his tenth birthday in mid-March. "He had hoped to have either a family trip to Legoland, or have a movie date with my wife, which has become a birthday tradition for him the last couple of years. Since none of that was going to happen, we pulled out our tent, pitched it in the living room, filled it with blankets and padding, and they watched a movie together in there," Mann says. Other highlights from the day included a father-son cake baking session and watching video messages that friends had made and sent over. "It was very low-key but he claimed on the day that it was his best birthday ever, so we were very, very pleased it worked out the way it did," Mann says.

This article was written by Lexi Dwyer from EatingWell and was legally licensed through the NewsCred publisher network. Please direct all licensing questions to legal@newscred.com.

Social distancing doesn't have to put a cramp in your celebrating style! However you choose to make the day special for a loved one or friend, these recipes will make it extra sweet. Check out White Chocolate Birthday Cake Popcorn, Mix 'n Match Naked Birthday Cake.

Social distancing doesn't have to put a cramp in your celebrating style! However you choose to make the day special for a loved one or friend, these recipes will make it extra sweet. Check out White Chocolate Birthday Cake Popcorn, Mix 'n Match Naked Birthday Cake.