5 Cooking Mistakes We All Make, and How to Fix Them

5 Cooking Mistakes We All Make, and How to Fix Them

Cleaning your cast iron with soap and water? Squeezing every last bit of ground beef into that pan? Even if you know your way around the kitchen, there are a few mistakes nearly all of us make in the kitchen. Let's take a look at some common kitchen errors that may plague your cooking, and why they're bad for your food. 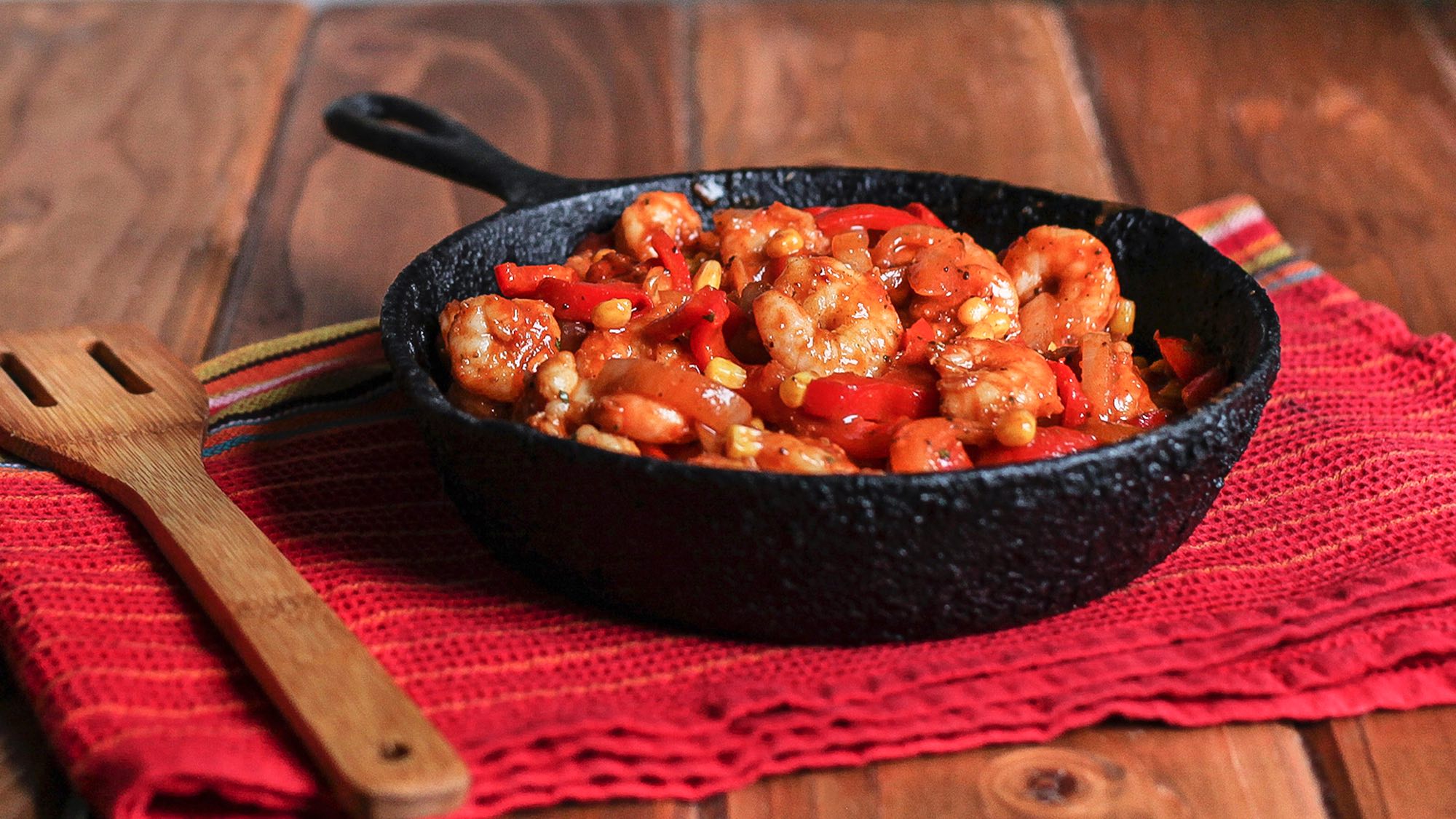 You're Cleaning Cast Iron Pans with Soap and Water

The Problem: You've just finished dinner, and the cast iron pans you used to cook with are full of oil and stuck-on food. It's time to clean them, and you know cast iron pans require special treatment, but ain't nobody got time for that. You give them a quick scrub with a sponge and soapy water, rinse with hot water, and a dry them with a paper towel. You might think that a light scrub can't possibly hurt too much, but the moment that hot soapy water touched your pan, it started to destroy the "seasoning" on the pan, or the layer of fat and oil that's been cooked onto the iron itself over regular use. Photo by Ross Catrow.

It's that season that makes cooking with cast iron so great. Not only does it protect the iron of the pan from rust, it also provides a cooking surface that's non-stick, naturally oiling, and keeps your food from interacting with the oil of the pan. Some people even say the season imparts flavor. Here's the problem: since the season is all polymerized oil, hitting it with dish soap, and then scrubbing at it with a sponge and rinsing it with hot water causes those oils to break down and float away—taking that protective coating and washing it very literally down the drain. It may be easy, but it's destructive.

The Solution: Instead of using soap and water, try Alton Brown's method (seen in the video to the right). When you're finished cooking, pour a little oil into the pan (if there isn't any left from cooking), dump in a handful of kosher salt, and then just scrub the salt around the pan with an old rag or some wadded up paper towels. The salt will get dirty, and the pan will get clean. Dump out the salt, wipe the pan clean, and put it away. We've discussed this method before too, and it works brilliantly. This is the real beauty of cast iron: You don't actually have to wash it.

If your pan has started to lose its season, it's not too late: try re-seasoning your pan with flax seed oil (read here for more on why this method works), and toss it in the oven while you're baking to season and save time. Check our recent CrowdHacker guide for more tips. 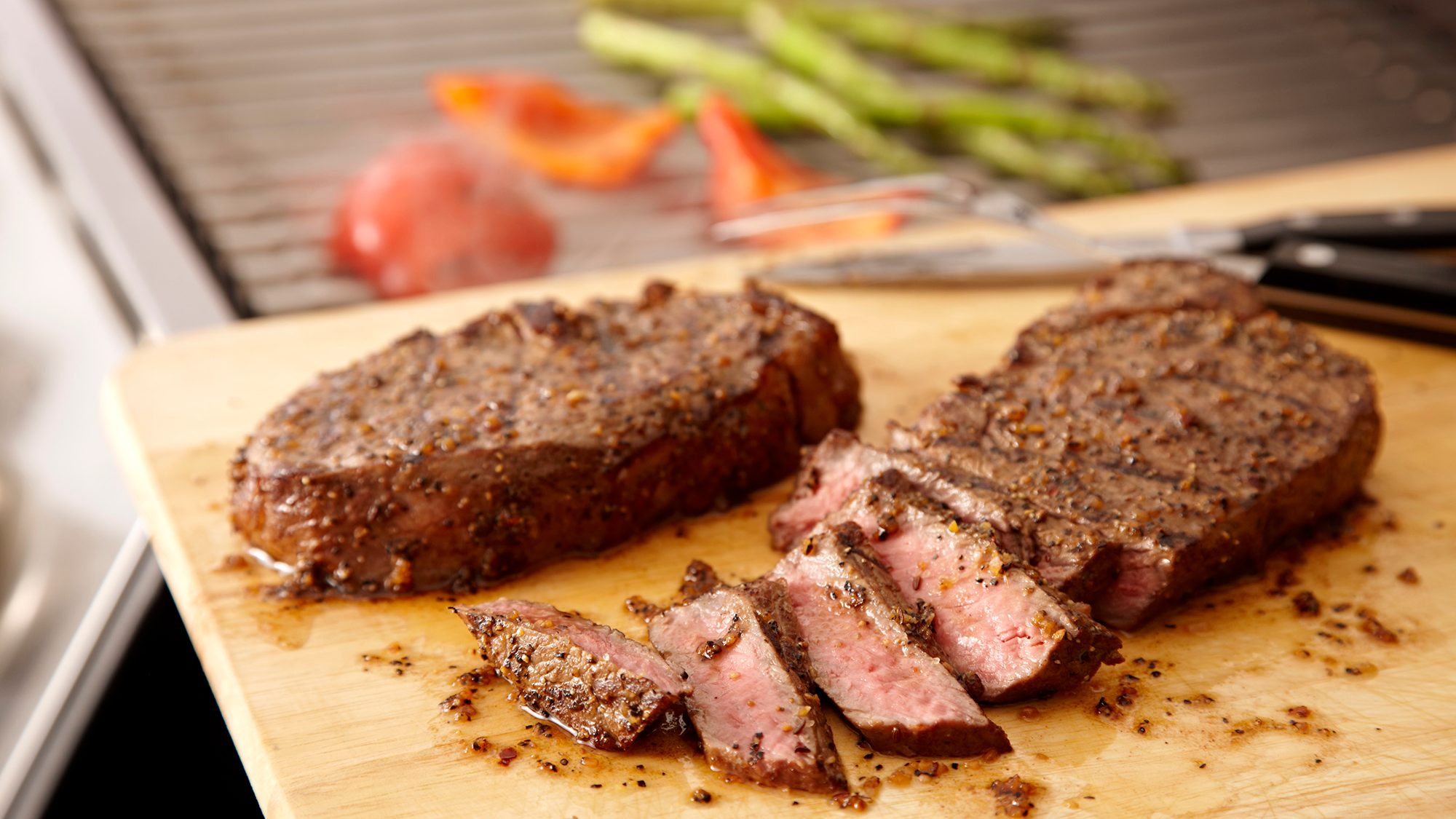 You Thaw Meat at Room Temperature

The Problem: You need to figure out dinner tonight, but you forgot to pull something out of the freezer to thaw slowly in the fridge. You only have a few hours to thaw the steaks or chops you'll wind up cooking tonight, so you take them out of the fridge and put them right into the sink. Maybe you just leave them on the countertop—that'll thaw them out quickly, right? Perhaps, but you're risking your safety and the safety of your dinner guests in the process. Photo by Taryn.

"But surely," you're asking, "It'll all come up to temp when I cook it, right?" Maybe, assuming you're sure to cook your meat until the core is minimum safe temperature for what you're making, but it's an incredible risk, and it doesn't take much E.Coli or Salmonella to make you really regret the way you thawed those porkchops or chicken thighs.

The Solution: Use a cold water bath to thaw your meats. It's fast, safe, and by far the easiest. It requires a little more attention than some other safe methods of quick-thawing, but it works the best. Just take your meat and put it in a sealed bag (if it's not already in one) and submerge it in a bowl of cold water. You'll need to change the water out every half-hour or so (so the water doesn't come to room temp and bacteria start growing) but I've found after a half-hour or so, the meat is thawed and ready to cook. Photo by Waifer X.

If you don't like that method, there are other ways to thaw meat quickly that are easy and safe. Both StillTasty and The USDA recommend one of three methods: In cold water like we described, in the fridge until the meat is properly thawed (since your fridge keeps food below the danger zone), and in the microwave (because some parts of the meat may be warmer than others or cook in the microwave when you do this, the USDA says you should cook the meat immediately after microwaving.) We've also mentioned a hot water method if you're in a hurry, but note: it only works with thin cuts of meat. 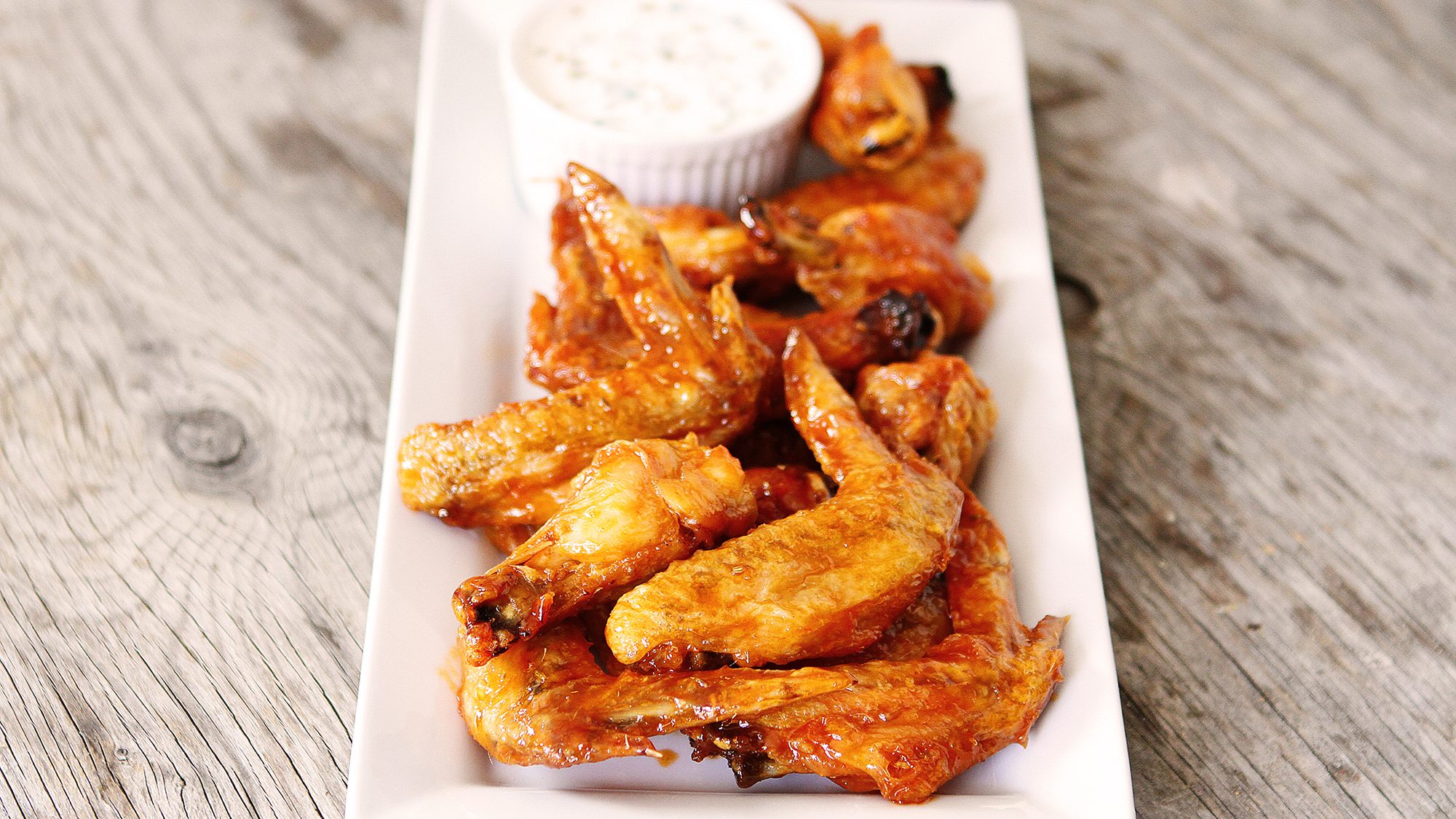 The Problem: If you've ever baked cookies only to have them all stuck to one another, or sauteed meat or veggies in a pan only to have them take forever to cook through, the problem may be that you're overcrowding your pan. Perfect example: you're cooking up a batch of ground beef or turkey in the pan, and while everything seems great at first, over time the meat starts to get kind of gray and bubbly, releasing a ton of moisture that takes forever to cook away. Your meat isn't getting the delicious brown you'd hoped for. Sound familiar? You should have cooked it in batches. Photo by ilovebutter.

The same problem occurs in baking. If you've ever put meat in the oven only to take it out while it's swimming in its own bubbling juices, or baked french fries or veggies without making sure they're spread out evenly, you know what I'm talking about. Thankfully, it's an easy problem to fix.

The Solution: Separate your cooking into batches. It's simple, but that's all it takes. Resist the urge to try and get everything done in one go. Overcrowding your pan actually slows down the cooking process. If you're satueeing veggies, all of the moisture released as they cook stays in the pan and steams them, which gives you a mushy, wet mess, instead of the crisp, firm texture you're looking for.

With meat, large, cold cuts rob the pan of heat every time you put one in, so overcrowding the pan actually lowers the temperature of the whole cooking surface. This increases the overall cooking time, and in the worst case brings the temperature of the pan down below the threshold required for the Maillard reaction to take place (approx 300°F/150°C). Even worse, the pan may linger above the boiling point of water (212°F/100°C), which means you're essentially steaming your meat, and that's no good. Give your food plenty of room to move around in the pan, and let them cook in a single layer. 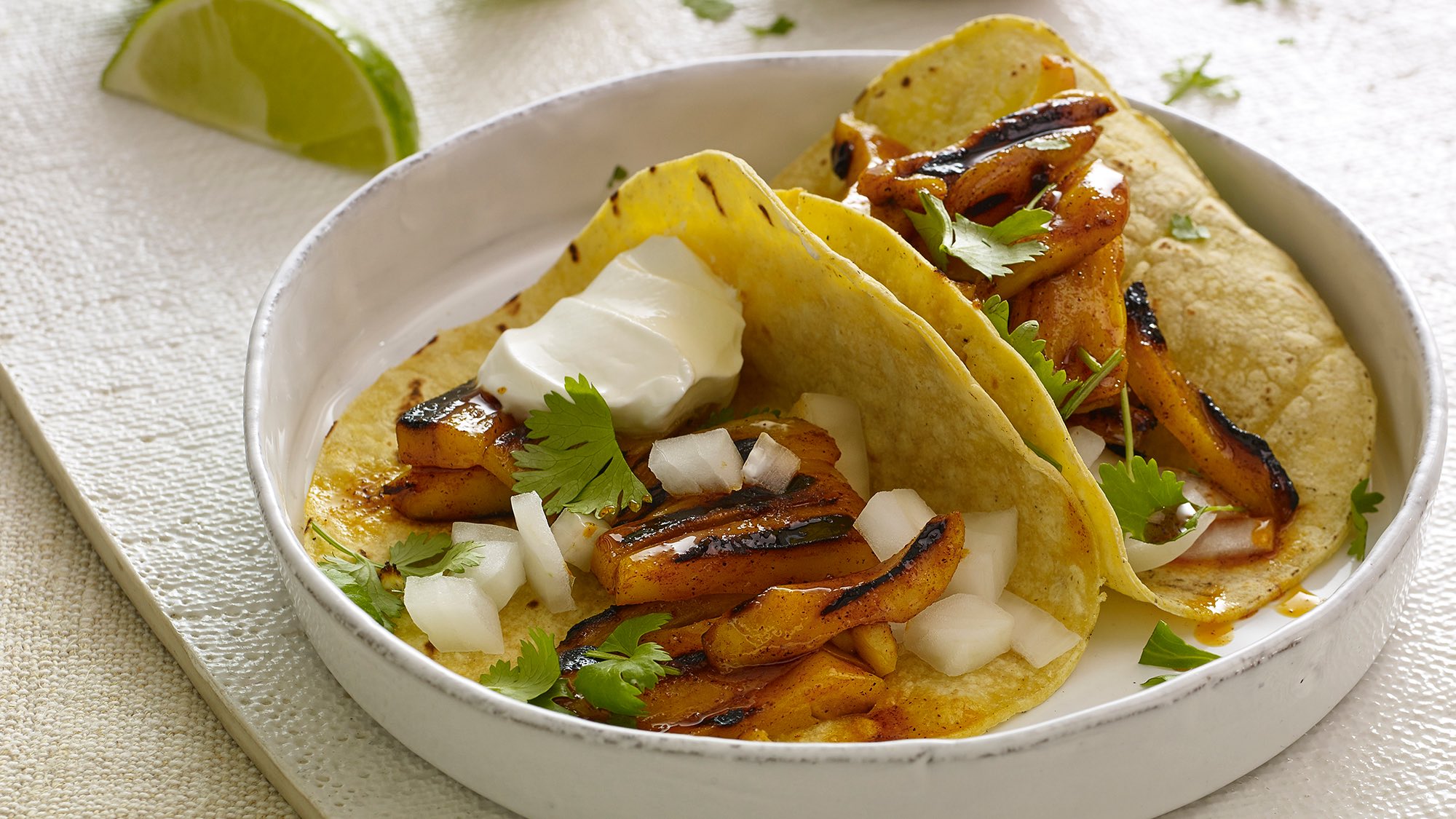 You're Cooking at the Wrong Temperature

The Problem: Speaking of cooking temperatures, even the most seasoned home cook can catch themselves cooking either entirely too hot or too cold. Usually this applies to on-stove cooking, so sauteing, frying, and stir-frying are the big problems. Here are the symptoms:

The Solution: Get to know your stove or oven, and stop cooking everything on high heat. Here are a few quick ways: 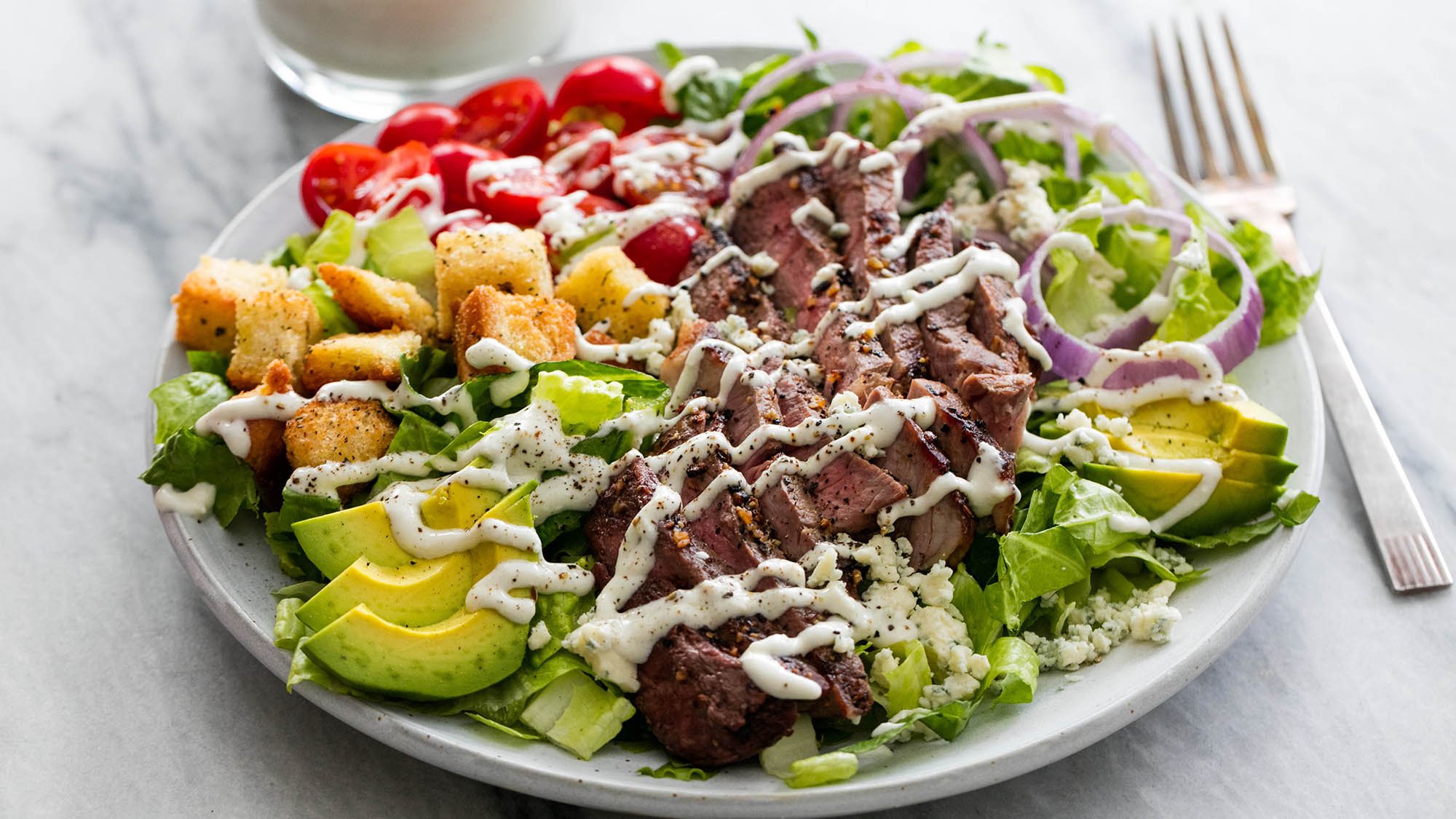 You're Cooking with the Wrong Oils

The Problem: You probably already know that heating oil until it smokes is a very bad thing, and keeping multiple oils around for different purposes is a good idea. Still, frying everything with extra virgin olive oil is a surefire way to set off the smoke alarm every time you sautee, and baking with an extremely flavorful oil like sesame or coconut will certainly introduce flavors to your dish that you may not expect. Even though we talked about smoke points and which oils work best for which cooking methods, going just by smoke point (or by someone's diet book) isn't the best way to pick an oil. Photo by Arthur Caranta.

The Solution: Choose your oils not just for their smoke points, but for whether or not their flavor works with the type of food that you like to cook. If you like asian flavors, sesame oil is a great staple to keep around. If you prefer your oil also add its own savory, fatty flavor, consider cooking with more butter, lard, or ghee (clarified butter). Coconut oil is great for a number of reasons, but it can impart a nutty, rich flavor to lighter dishes you may not want.

Also, consider neutral oils that let the flavor of your dish shine through without adding their own. Safflower oil, for example, is completely neutral, and has a high smoke point. Grapeseed oil has a very light flavor that you may not even notice in your dishes, and is also well suited to high-temperature cooking. Don't just assume that you can do everything with olive oil or "vegetable oil," which is usually either a mix of oils or (more often) store-shelf code for "soybean oil."

These five are just the tip of the iceberg. There are plenty of other common cooking mistakes many of us make all the time, and sometimes even knowing better doesn't stop us. The key is to remember why they're dangerous, cost us money, or make our food taste terrible: That's the key to putting an end to them for good.

This article was written by Alan Henry from Lifehacker and was legally licensed through the NewsCred publisher network. Please direct all licensing questions to legal@newscred.com.