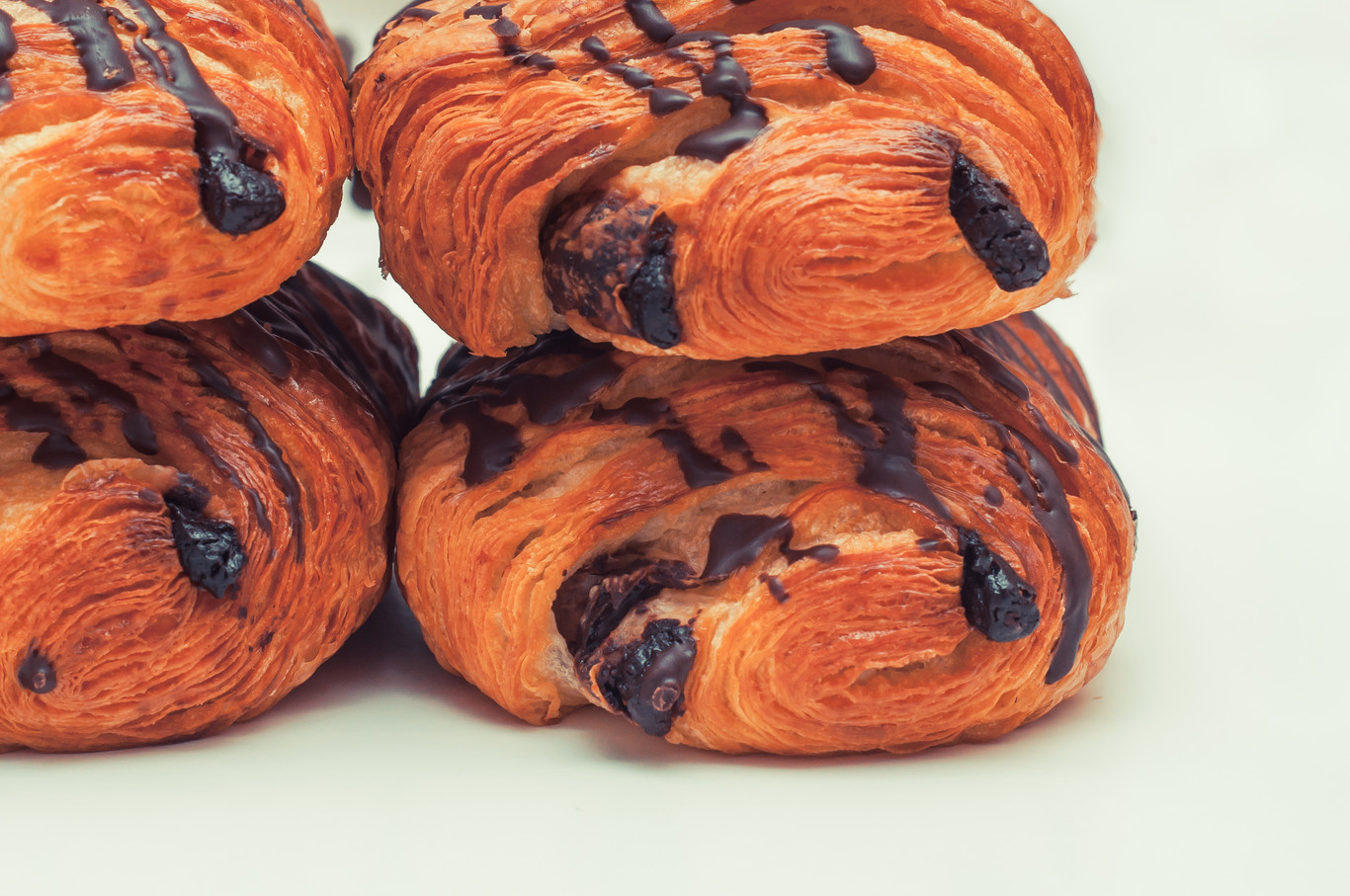 "If you’ve ever wondered how pastry chefs write and draw so beautifully on pastries, " says Food & Wine Culinary Director Justin Chapple, "you're gonna love this Mad Genius Tip," before walking you through how to do just that. Fancy as they are, it turns out that elaborate chocolate designs actually just require a bit of parchment paper, a knife or scissors, and some melted chocolate.

Just take some every day parchment paper, which Chapple says is "the secret to this tip," and fold one corner over to the opposite side of the paper, which creates a right triangle. There will be excess, unfolded paper next to the triangle, which Chapple cuts off with a sharp knife (though scissors will work just as well). Then, he says, put your finger right in the center of the side, and fold one of the corners towards the center, which starts to form the cone.

Next, fold the other side over, then pull to close the tip of the cone. Make sure to fold the open side of the cone into the center, because, Chapple says, that "will help it hold its shape." "You can fill this with popcorn if you like," he suggests of the perfectly-shaped cone, "but obviously we're gonna fill it with chocolate," since it is, after all, a chocolate piping bag.

The chocolate you use should be melted, but room temperature, because "if it's too warm, it's too liquidy, and you're not gonna be able to get those beautiful designs." He spoons it into the cone, and then (this is key) folds over the open end of the cone, and creases its so it becomes flat. He snips off the top with scissors, and pipes the chocolate through it, along the shape a spider-web stencil. After they dry, Chapple reveals the trick of this treat: they're the topping for the ultimate Halloween cupcakes!

This article was written by Charlie Heller from Food & Wine and was legally licensed through the NewsCred publisher network. Please direct all licensing questions to legal@newscred.com.

Switch up gefilte fish with crispy fish cakes for Passover 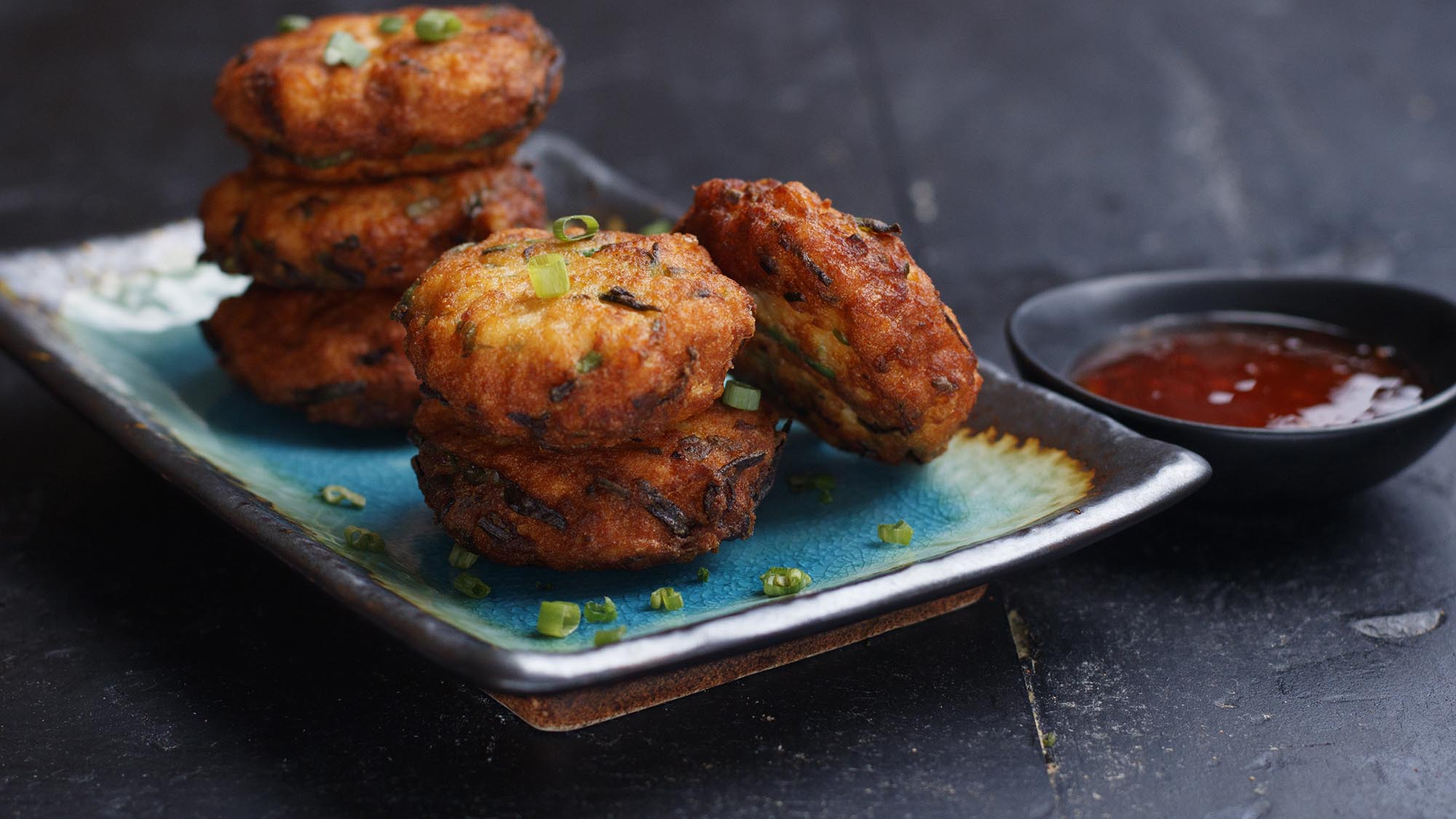 Switch up gefilte fish with crispy fish cakes for Passover...

Each year as I begin to plan my Passover dinner, I like to include a dish that has a thread of tradition in it but might be...

Chex, Coming to a Streusel Near You 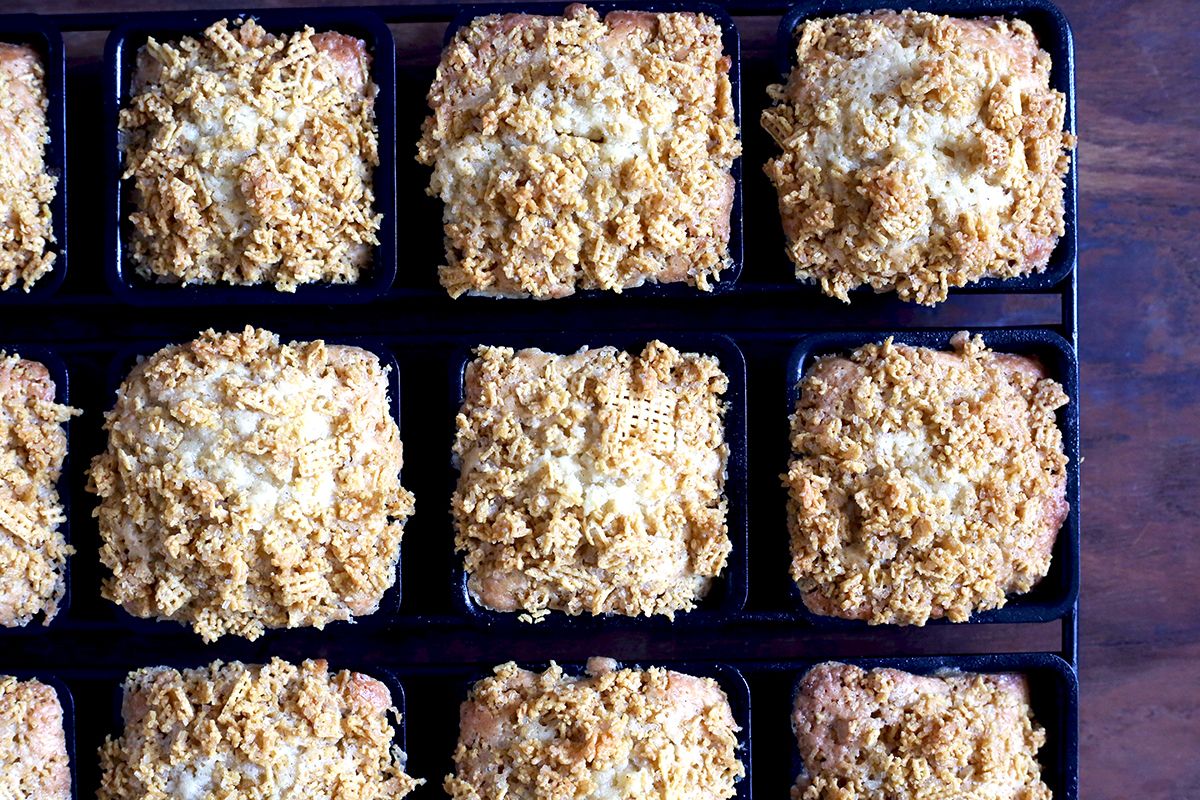 Chex, Coming to a Streusel Near You

Peek into most pantries, or kitchen shelves, and you'll find a box of cereal. I'm not a big cereal eater in general, but even I usually have... 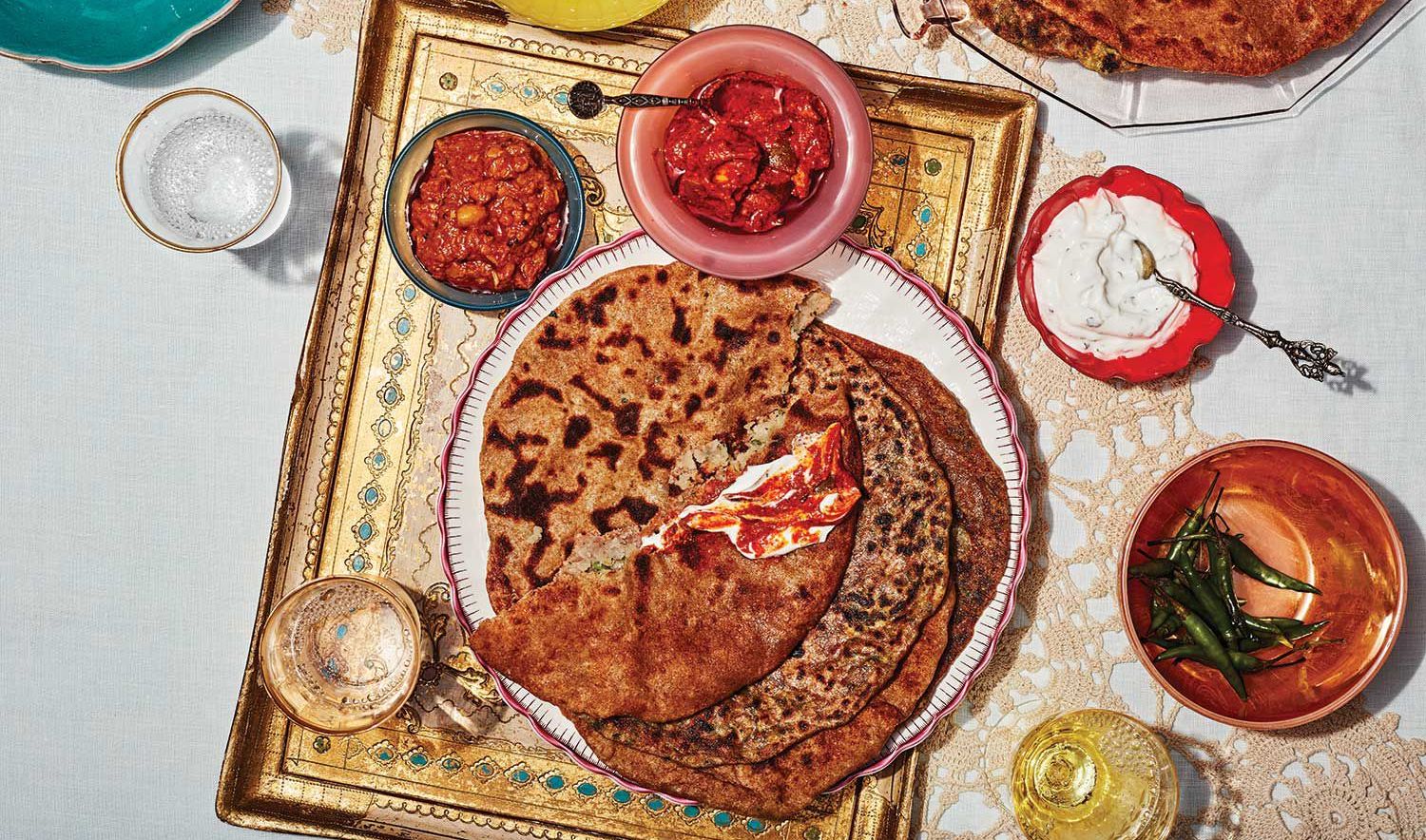 Parathas are the stuff of my carb-filled dreams. The soft, layered Indian breads were a staple of my childhood in Dallas—most commonly stuffed with spiced, mashed potatoes...

This Is the Best Way to Make Scrambled Eggs 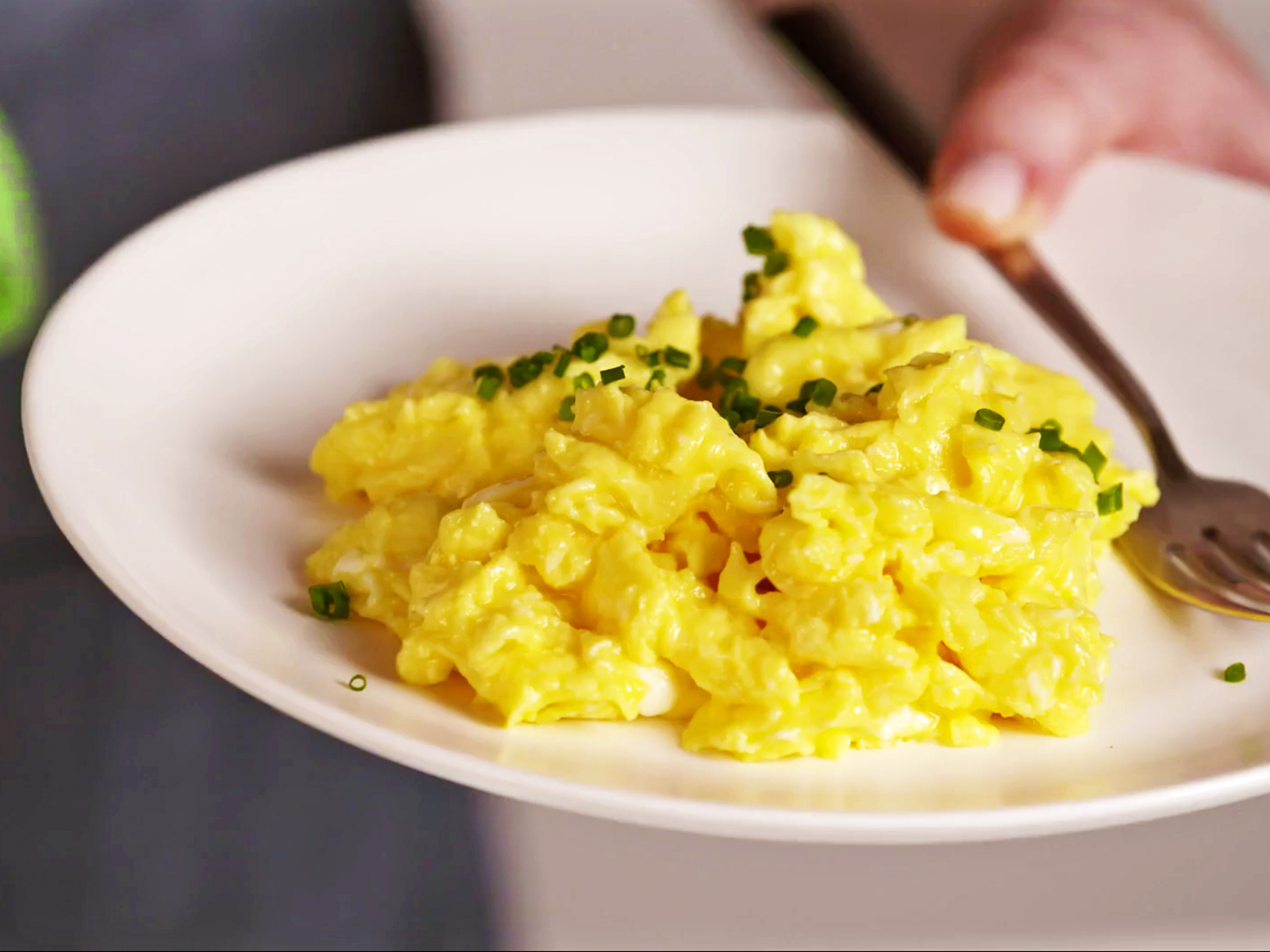 This Is the Best Way to Make Scrambled Eggs

Although relatively simple to make, scrambled eggs can easily go wrong if you don’t use the right technique. Too much heat can result in a rubbery, dry...

Try Jar-B-Q. This is a great way to switch up using leftovers from a BBQ and everyone can make their own, so it includes just the dishes...