How to Pair Natural Wine with Seafood

How to Pair Natural Wine with Seafood

Before Bryn Hagman could start picking wines for Vinnie’s Raw Bar, the highly-anticipated addition addition to Chris and Anu Elford’s Seattle bar empire, she had to—as M.F.K. Fisher once did—consider the oyster. These weren’t the meaty specimens she knew from New York, where she ran beverage programs at The Dutch and Chez Ma Tante, but brighter, more floral West Coast ones. Instead of classic Champagne (you won’t find it on the restaurant's list of 15 to 20 wines available by the glass or the bottle), she looks for more interesting pairings—and is happy to suggest a red wine, if that’s what someone wants.

“Writing a list is the ultimate creative exploit for me,” says Hagman. Her main goal for Vinnie’s was to make people feel welcome, to buck the gatekeeping in wine, and to kick open the door for people who want to come in, no matter their wine knowledge.

The Elfords already own a Tiki bar that isn’t traditional Tiki called Navy Strength and a beer bar with James Beard Award-nominated food, so it should surprise absolutely nobody that their latest venture, squished into what is barely more than a wide hallway between the aforementioned places, is a natural wine bar aimed at broadening the idea of who might call such a place home. They're even hesitant to commit to terms like “natural wine bar.”

“What does 'natural wine' even mean?” questions Anu. They prefer the term "real wine," meaning that it’s honest and fun, with minimal intervention. But you won’t find them fussing over how much skin contact a wine has, or if it meets any exacting standards of biodynamic growing.

The main thing that will tie the wine list together, says Hagman, is that all the offerings are “low-bullshit” and low-priced: nothing over $70 a bottle. None of the wines will be crazy with funk or aggressive with sulfur, but, rather, they will be things that people can wander in, drink, and—if they’d like—slurp some seafood with.

And Hagman has some guidance on how to pick wines to match up that seafood. 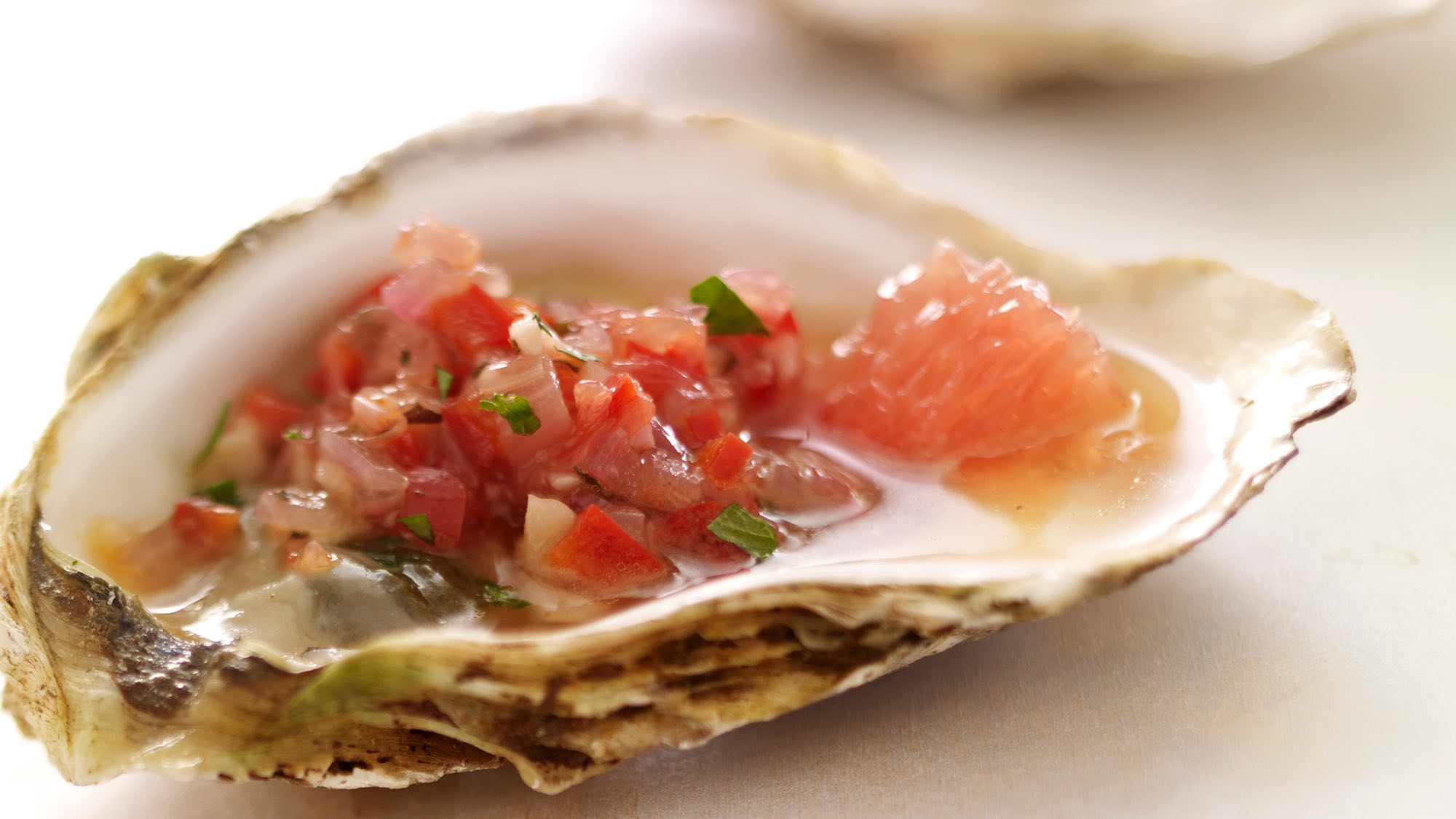 Oysters: Choose something lemony and herbacious

Briny East Coast oysters, says Hagman, carry flavors of chicken broth. Here on the West Coast, she found the oyster flavor is closer to cucumbers. So she looked for a lemony, herbaceous wine to match with it, something that brought the same kind of clean, bright flavors she expects of the oysters: the Cantina Furlani Alpino Frizzante.

“It really is kind of alpine,” she says of the no skin-contact, stainless steel-aged white blend featuring nosiola grapes. “Really refreshing and not at all funky.” Along similar lines, she suggests the Domaine Vincent Pinard 2017 Flores Sancerre, which she describes as “liquid Meyer lemons.”

Among the dishes planned for Vinnie’s is an octopus terrine with preserved lemon and herbs. The meatiness of octopus gives Hagman an opportunity to pour one of the wines that she and the Elfords were most excited to talk about, the Marigny from St. Reginald Parish.

“It goes with everything,” she says of the carbonic pinot noir. “You can serve it freezing cold or even slightly warmer… It’s light and juicy and red wine without being a red wine, it’s rosé without being frivolous.” She points out that it might not flatter the squishiness of an oyster, but with the “toothy texture,” of octopus, it is, in her words, “awesome.”

Too casual for classic caviar service, Vinnie’s will serve the salty specialty in the CLT—a sandwich that plays on the smokiness of a BLT. So Hagman, too, went playful, running with the classic pairing of bubbles: a pet-nat made from glera grapes in the jungle of Brazil. “It’s shockingly great,” she says, and it’s so warm there, they actually get almost two harvests every year. Early picking preserves the minerality and acid in the grapes. “His wine is linear and beautiful and travels well.” But she adds that it’s also very chuggable. And it’s just odd enough that it seems to make sense to pair jungle wine with a caviar on King’s Hawaiian rolls. 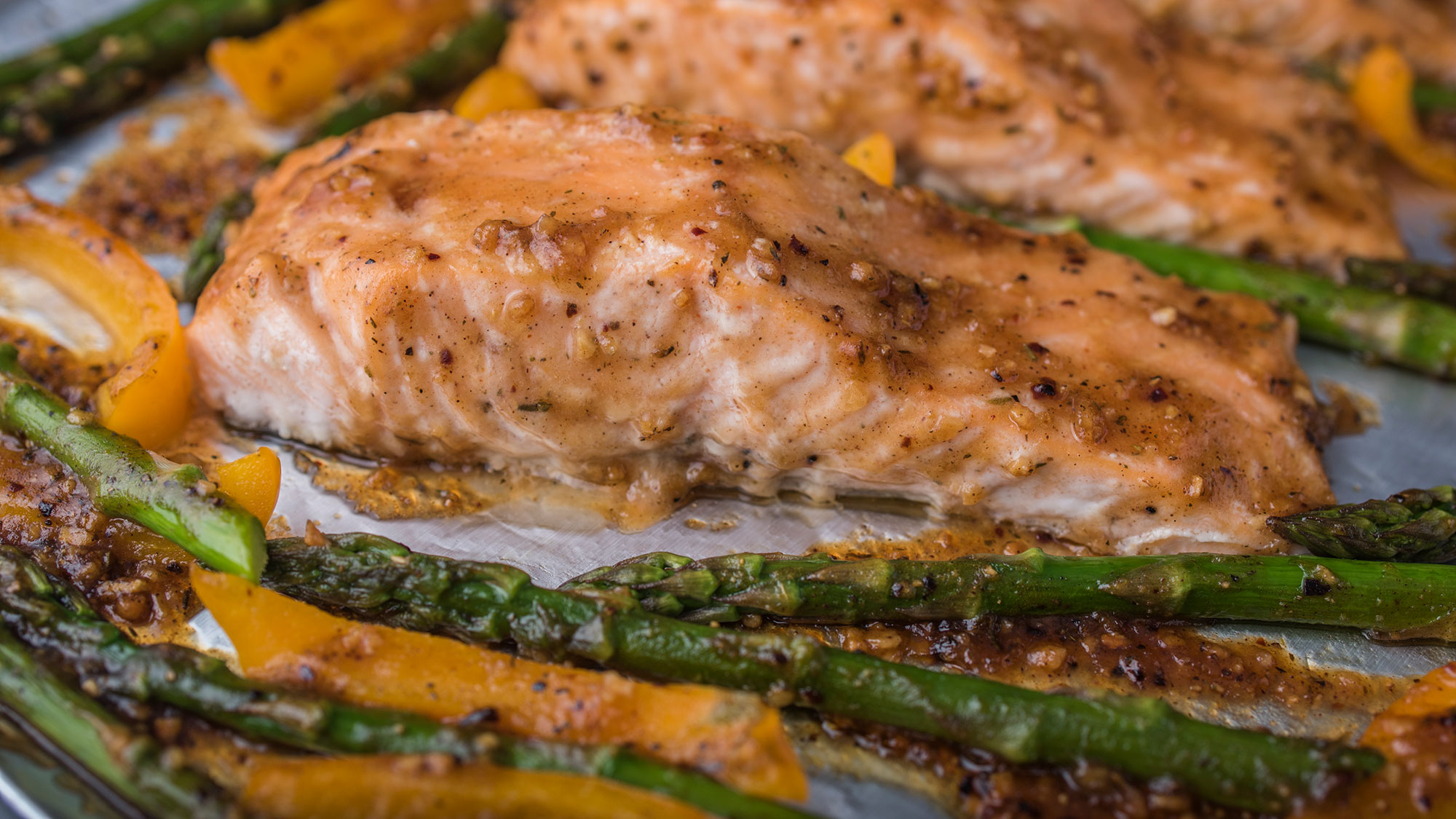 Hagman also considers going a different direction and pairing the caviar with a Slovenian wine called Organic Anarchy from Aci Urbajs, before deciding it would go better with the big spices and delicate fish of the salmon pastrami. It’s a pinot gris, which she notes is a white grape with the ability to turn out a wine with texture and color, when fermented on skin. She recommends letting it take on outsized flavors—anything fried, or, in this case, the salmon pastrami.

Among the nibbles planned for the seacuterie platter (that’s charcuterie from the sea, of course) are house-made crème fraîche, pickled mango (it tastes like oysters, says Anu), and a smoked potted fish. Hagman suggests leaning into the smoke and picking a wine with “oomph.”

At Vinnie’s, that brings her to the País Pipeño from Cacique Maravilla in Chile. “They do a really fast fermentation,” she says, which can make it crazy smoky, almost to the point of smelling like asphalt. The ’18 is the juiciest it’s ever been, though, which Hagman says makes it refreshing, especially when she serves it chilled from the liter bottle. The grape, known as the mission grape in America, is mineral-driven and rocky, and this light red wine, with its savory notes, works in tandem with the strong flavors of smoked and preserved seafood on the platter.

This article was written by Naomi Tomky from Food & Wine and was legally licensed through the NewsCred publisher network. Please direct all licensing questions to legal@newscred.com.