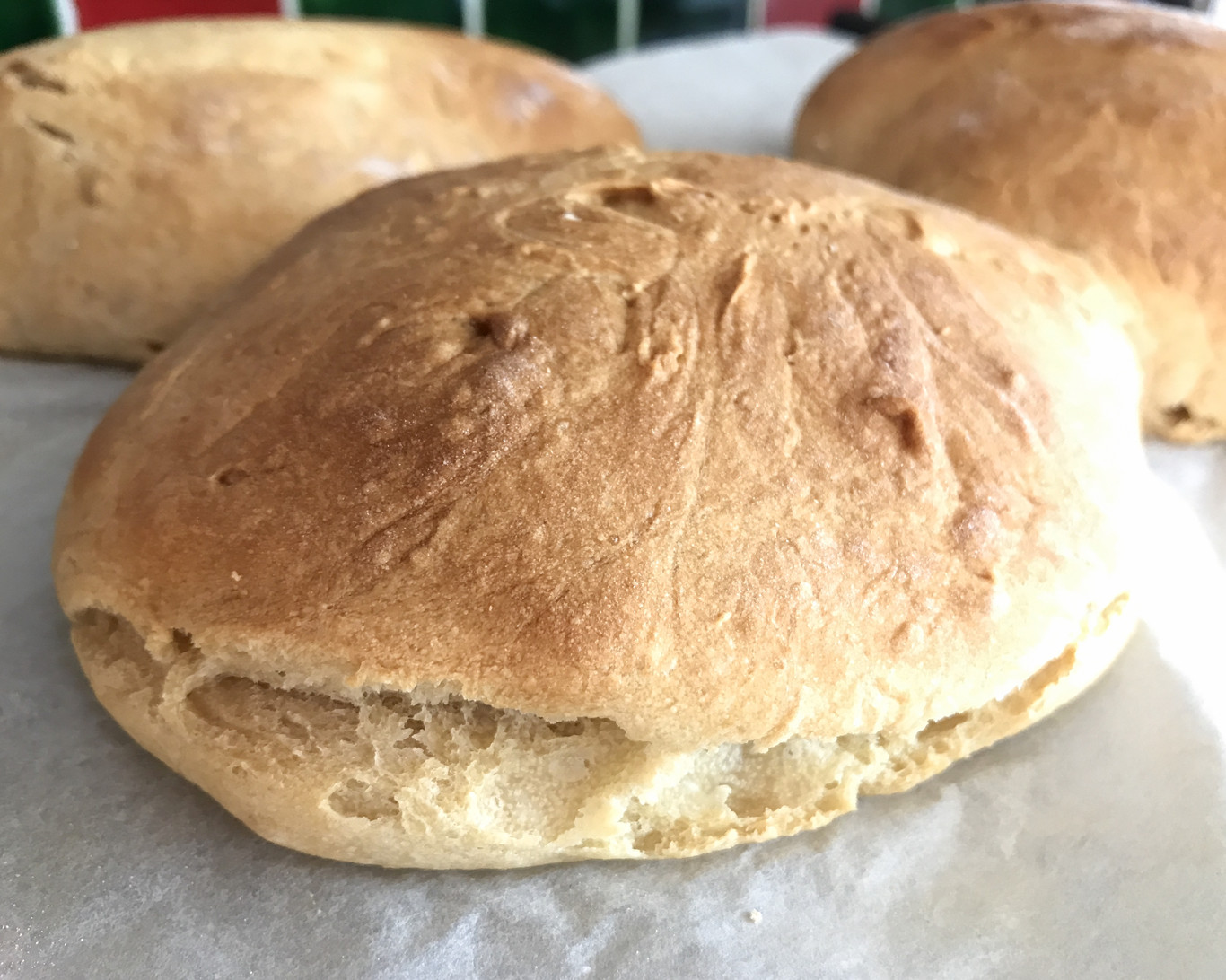 Nobody knows who made the first loaf of bread, but it most likely happened in Egypt more than 4,000 years ago. Perhaps someone left wheat porridge out for several days, then baked it. That lucky person discovered sourdough bread, a food humans have continued to bake – on purpose – ever since.

Sourdough is a mixture of flour and water that’s left out to ferment. This method captures wild yeast and beneficial lactic acid bacteria from the environment, which are then used to raise bread dough. (Levain is the French word for sourdough, and some people prefer the term because not all sourdough is sour.)

For thousands of years, the sourdough process was the only way to make leavened bread. Then about 100 years ago, commercial baker’s yeast transformed bread baking. It went from a lengthy, finicky undertaking to a uniform, relatively quick, and largely industrial process. Today, bread is more often made in large factories than home kitchens. However, many people still revere the ancient art of baking with sourdough. It produces baked goods that not only have a distinctive taste and texture, but are also healthier than bread made with commercial baker’s yeast.

Perhaps you’ve been afraid to experiment with a sourdough starter (a piece of dough in which yeast continually reproduces) because it sounds like more responsibility than adopting a pet. It’s true: you must feed a starter with regular doses of flour and water to keep it healthy and active. But sourdough starters are incredibly resilient and pay you back with delectable baked goods. Keep reading to learn why and how to start savoring the tangy goodness of sourdough in your own kitchen.

Related: How to Regrow Vegetables From Scraps

Bread has a bad reputation these days, partly because it contains a lot of carbohydrates and is high on the glycemic index. (The glycemic index is the measure of how quickly the body converts a substance to glucose after ingesting it.) When eaten alone, most bread products rapidly spike blood sugar and insulin levels. Some health experts believe these spikes contribute to diabetes, heart disease, and other conditions.

However, not all bread is created equal. If you avoid carbs but love bread, sourdough may be the answer to your wishes. Sourdough bread goes through a long fermentation process that breaks down starches, so it’s lower on the glycemic index than most types of bread. In a study comparing white bread, whole wheat bread, whole grain wheat barley bread, and white sourdough bread, people who ate sourdough bread had the lowest post-meal blood sugar and insulin levels. Moreover, their lowered glucose levels lasted beyond the next meal.

In another study, pre-diabetic patients experienced lower glucose and insulin levels after eating sourdough bread than patients who ate bread made with commercial baker’s yeast. The researchers concluded that adding sourdough to a diet may benefit people with impaired glucose metabolism.

Longevity researcher Dan Buettner, author of Blue Zones, discovered that some of the world’s healthiest people eat sourdough daily. On the Greek island of Ikaria, for instance, one in three people live past 90. The population has 20 percent fewer cases of cancer than in the United States, half the rate of heart disease, 11 percent the diabetes rate, and almost no cases of Alzheimer’s disease or dementia. The Ikarians’ superior health undoubtedly relies on many factors, but you can’t ignore their traditional diet, which includes ample amounts of homemade sourdough bread. 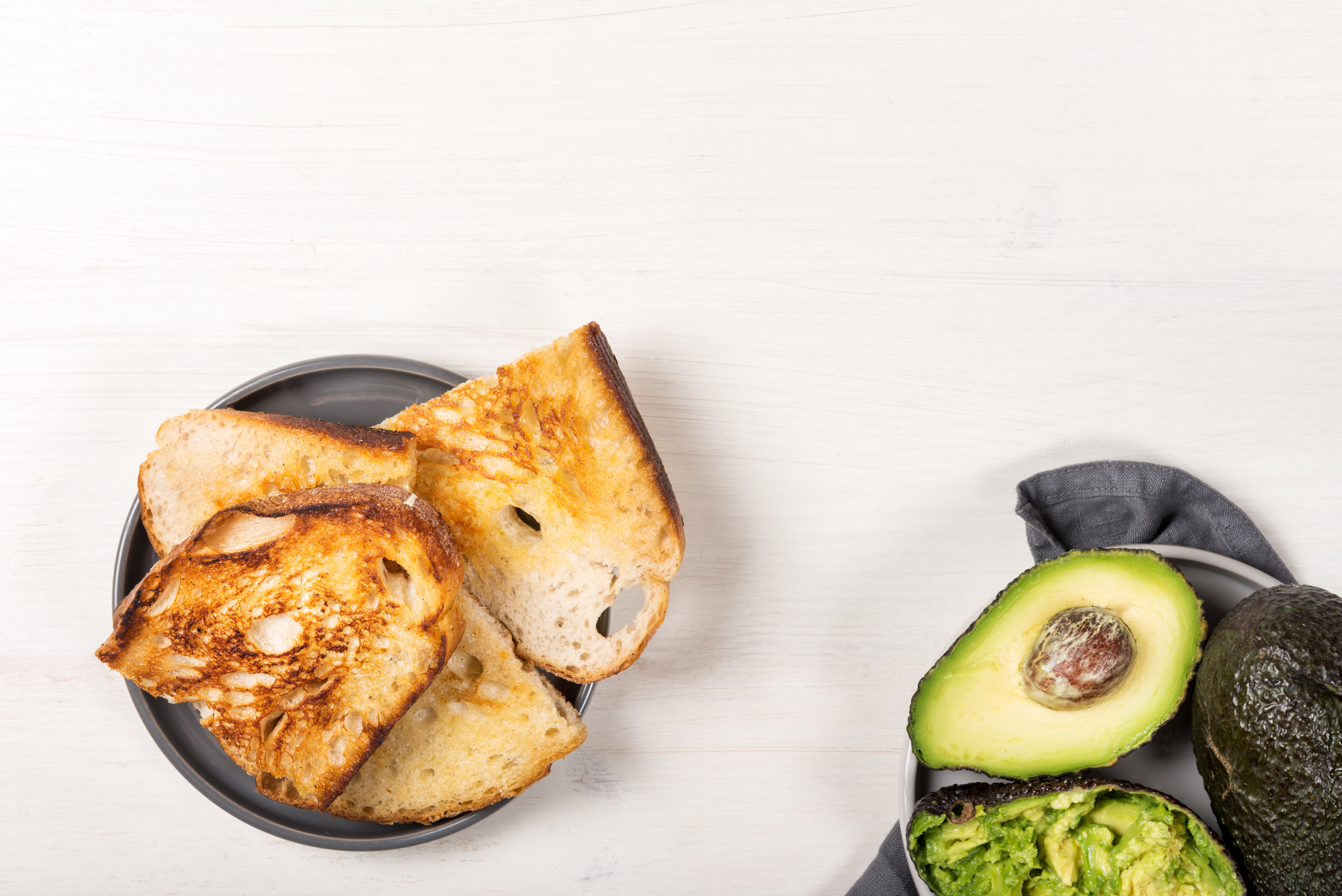 How to Get Started with Sourdough

Most people don’t need much convincing to eat more sourdough bread. The complex flavor, crusty exterior, and airy interior are reason enough. But even if you love sourdough bread, it can be daunting to make it at home, especially if you’ve never taken care of a culture before.

It’s possible to buy loaves of sourdough made the traditional way, although they are most often sold at artisan bakeries and can be expensive. Many of the breads labelled as sourdough at the grocery store are actually made with commercial baker’s yeast with a little sourdough added for flavoring.

Don’t worry: it’s not that difficult to make sourdough bread at home. Keeping a sourdough culture healthy is far simpler than many people make it out to be, and no-knead sourdough bread requires time but very little labor.

The easiest way to get started is to get a cup of established culture from a friend. Put a call out on your social networks, and you’ll probably have eager donors. (Sourdough bakers typically have a lot extra.) If none of your friends have a culture to share, ask at a local bakery or buy some from an online supplier.

There are many varieties of culture available for purchase, such as New England, San Francisco, and other cultures originating from all over the world. They vary according to which strains of bacteria and yeast they contain and what types of flour were used to grow them.

If you buy a dried culture, follow the directions from the supplier to revive it.

How to Bake with Sourdough

If you keep your sourdough on the counter and feed it once or twice daily, it will always be ready for baking. Ideally, feed it about three to four hours before you bake with it.

If you store your starter in the refrigerator, you’ll need to reactivate it before baking with it. Remove it from the fridge a few days in advance and feed it regularly until it exhibits the signs of a healthy starter listed above. Here’s one popular method; use the following steps in conjunction with this great guide to the ratios and methods for feeding your particular sourdough starter

Sourdough bread is the opposite of fast food. There are many tomes devoted to helping home bakers master the process of making it, but experience is the best (and most delicious) teacher. And there’s no time like now to get started!

This article was written by Fix Editors from Food & Wine and was legally licensed through the NewsCred publisher network. Please direct all licensing questions to legal@newscred.com. 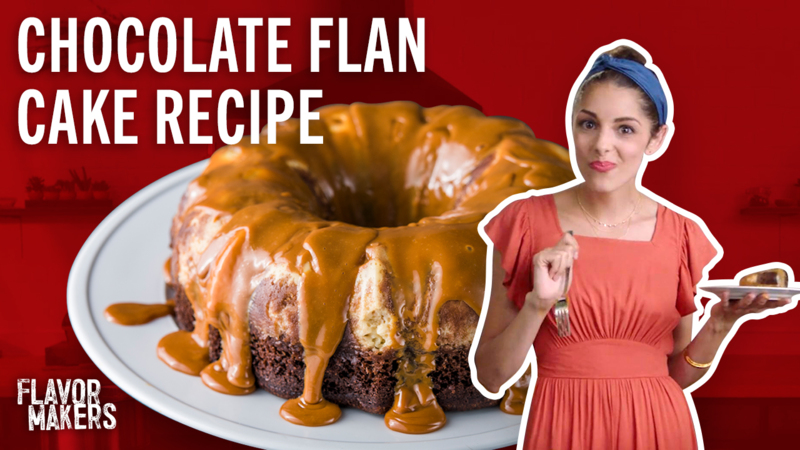 This delectable chocoflan is equal parts creamy AND rich - thanks to a sweet flan and chocolate cake combo. Learn how to make chocoflan with this easy chocolate flan cake recipe for an all-in-one holiday dessert everyone will love. 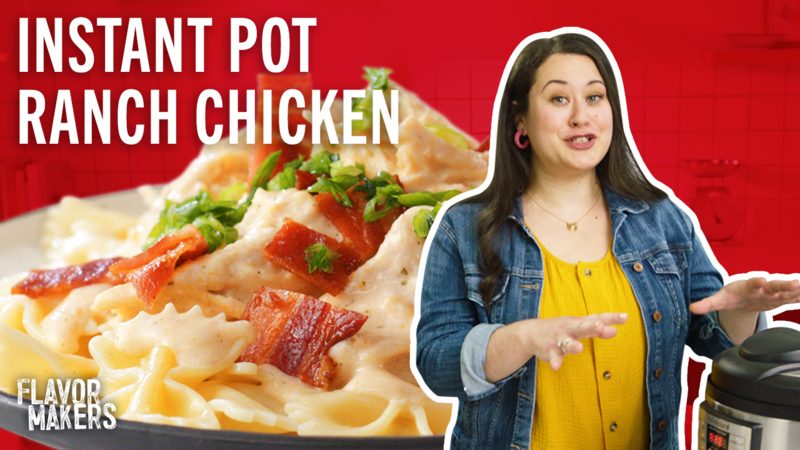 Ranch gives a kick of flavor to pretty much everything we eat. Chicken, pizza, pasta, veggies, you name it and ranch just makes it better. Follow along as Rachel provides the easy steps on how to make Instant Pot ranch chicken.

Nostalgic baked animal crackers instantly take us back to being a kid again. Made with warm, sweet and a touch of spicy McCormick® Ground Cinnamon, and topped with your favorite icing and decorations. 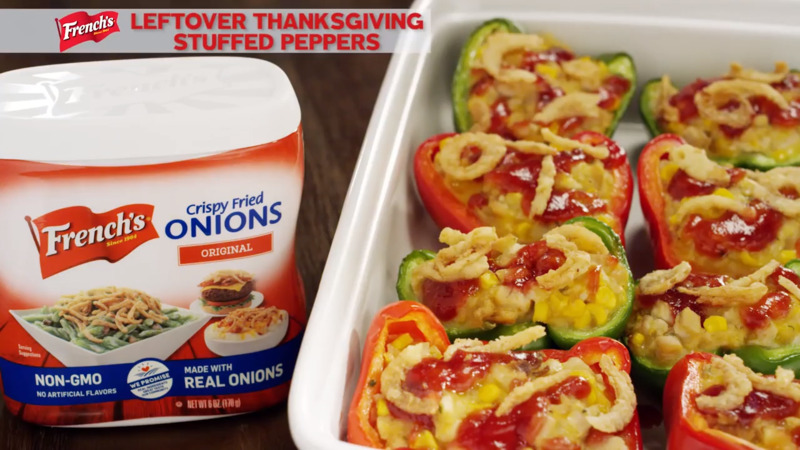 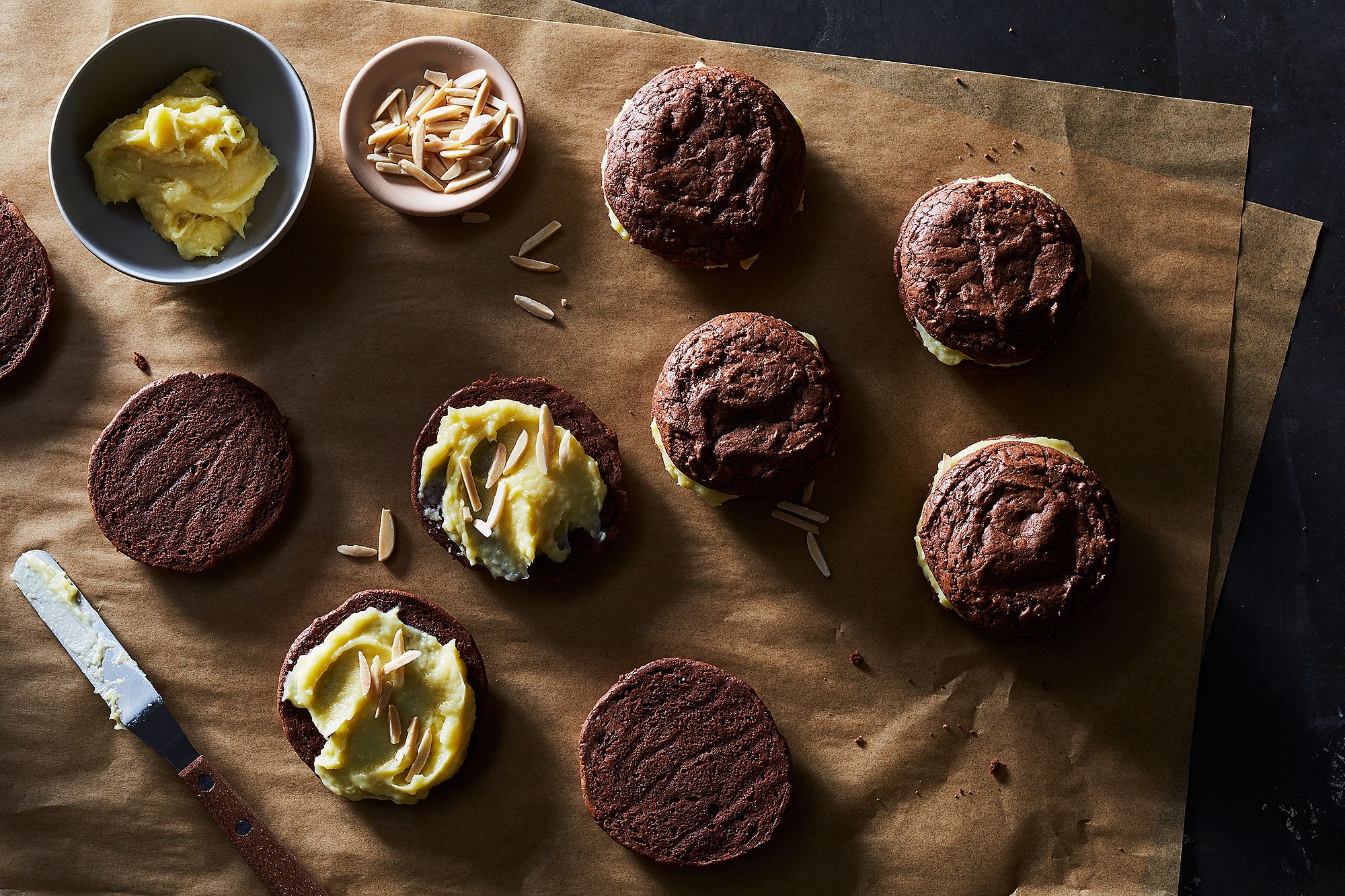 Yes, we’re still in the cookbook cookie parade—but I’ll admit that whoopie pies don’t exactly fit the category. First of all, they’re called pies. But those...