Sometimes the most intimidating part of preparing a roast is shopping for one. Buying a beef tenderloin has the added pressure of a higher price tag than other cuts of beef and it can come in a few forms depending on where you buy it. We're here to arm you with enough confidence to pick up a beef tenderloin, whether you're at your neighborhood butcher or your local Costco. These are the three things you need to know about buying beef tenderloin.

1. How much beef tenderloin you need per person.

As a general rule, estimate 8 ounces (or 1/2 pound) of meat person. This recommendation is based on raw weight and accounts for about 2 ounces in shrinkage during trimming and cooking. Since beef tenderloin is a relatively lean, boneless cut of beef and tends to be quite expensive, you can easily cut down that recommendation to 6 ounces of beef per person, especially if your dinner menu includes a few hearty sides.

For feeding four to six guests, you'll want a roast between 1 1/2 to 2 pounds. This will give each of your guests three to four (1/2-inch) slices on the plate, as well as a small portion of seconds or leftovers. 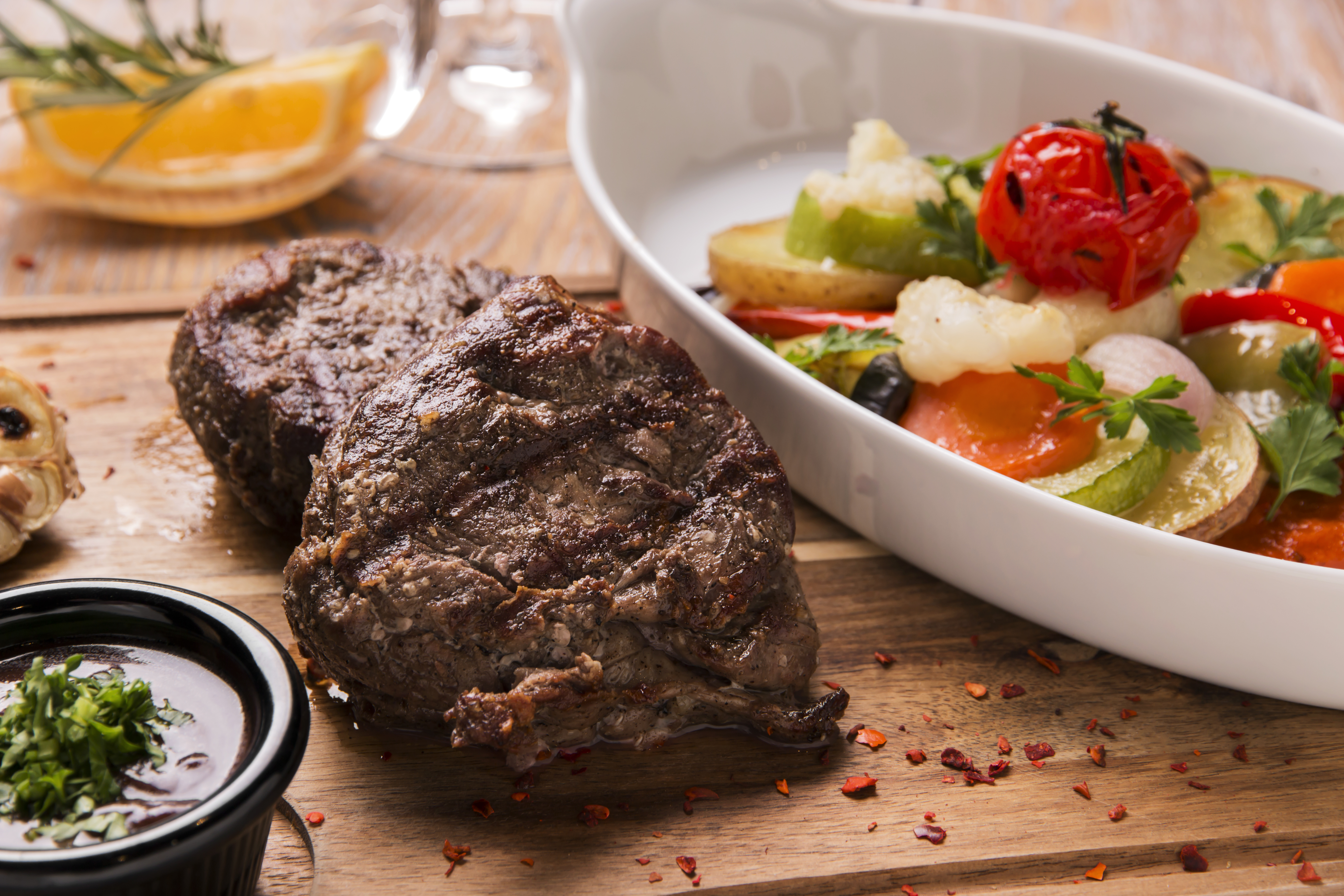 2. The semantics: head, tail or center-cut.

Whole beef tenderloins are broken down into three different cuts: The head (although this actually comes from the steer rear end), the center and the tail. You'll only really see these three cuts if you're buying a whole beef tenderloin from a butcher or big-box store. The head end is most often trimmed into steaks or pounded for carpaccio, while the tail end is left on larger tenderloins.

If you're serving a small crowd, say four to six guests, a center-cut tenderloin is nicely evenly shaped for roasting whole. A tail-end tenderloin is ideal for larger dinner parties, although you'll want to tie the roast to ensure even cooking.

Typically supermarkets sell beef tenderloin untrimmed or trimmed, and the price per pound will vary based on how it is prepared. Untrimmed tenderloin comes with the fat and silverskin still intact at a lower price point -- something of a boon if you've got a filet knife and the confidence to use it. For a few dollars more a pound, the butcher can do the work of trimming (and sometimes tying) the roast for you.

This article is written by Meghan Splawn from The Kitchn and was legally licensed via the Tribune Content Agency through the NewsCred publisher network. Please direct all licensing questions to legal@newscred.com.