This isn't a list about the essential items you need in your first kitchen, or even the items that will make cooking any recipe easier. Rather, it's a list about those favorite, well-worn, even handed-down things, sometimes the most humble of utensils, that are favored in la cucina italiana. 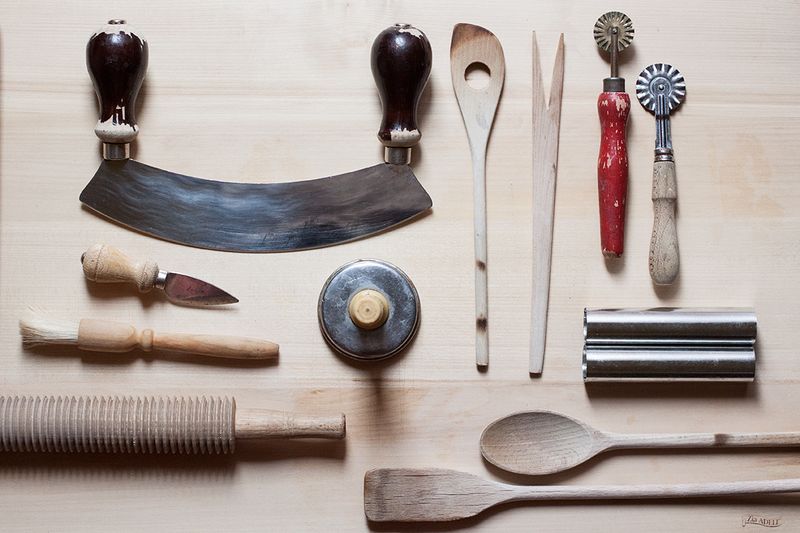 A mezzaluna, wooden spoons galore, metal tubes for making cannoli, a knife for Parmesan, a rolling pin and fluted wheels for making pasta—just a few of Emiko's favorite things. Photo by Emiko Davies

That's not to say that these items are limited to use in Italian recipes. In fact, the beauty of them is that these versatile tools often become essential to other tasks, too.

Personally, having lived in a fairly nomadic state for a good part of a decade, any fancy cooking equipment I have is packed up in a box in a relative's garage somewhere on the other side of the world. I have with me what I can roll up in dishtowels and put in a suitcase. It's as low-tech as you can get (Laurie Colwin, an advocate of simple kitchen equipment, would be proud) and involves quite a lot of wooden instruments, a Japanese knife, a round pastry brush, and a microplane grater. It has come to include some fluted pastry cutters found at an antique market; a little knife for cutting chunks of Parmesan cheese; a heavy, flat meat pounder; and metal tubes for making cannoli, bought after a visit to Sicily. 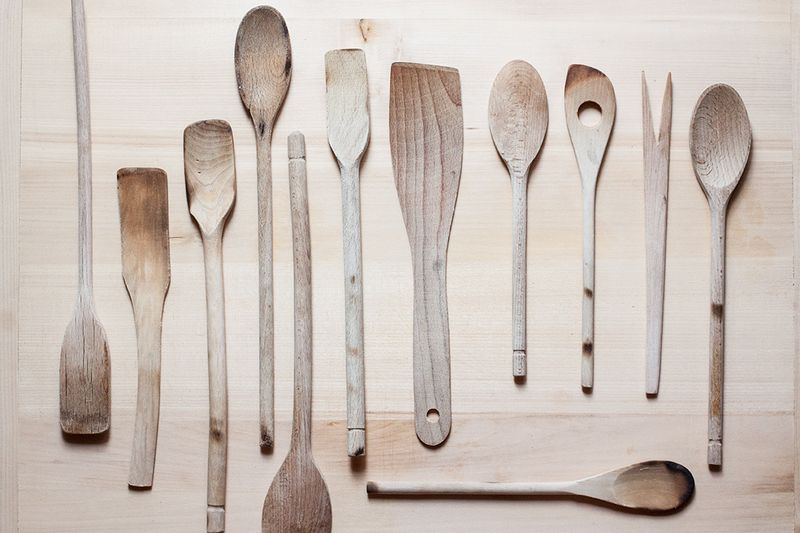 When I moved to Italy, I became introduced to a number of tools that I had never owned or used before—and in some cases, some I didn't even know existed. And now I've become attached to them.

Take my husband's donna's passaverdura, or food mill, for example. It seems terribly old-fashioned, but there's nothing quite like it, mainly because of how it separates “the wanted from the unwanted,” as Rome-based British food writer Rachel Roddy says of her favorite kitchen item, and in this it is unbeatable.

The food mill is vital in the perfect minestra di pesce, or fish soup, where it will separate the unwanted fish bones and other bits from the juicy goodness that is the rest of the pulp and flavor. While I imagine it was invented purely for making passata out of tomatoes, I use it also for puréeing anything from sauces to mashed potatoes (because Italian kitchens don't have potato mashers) to fruit for jam. 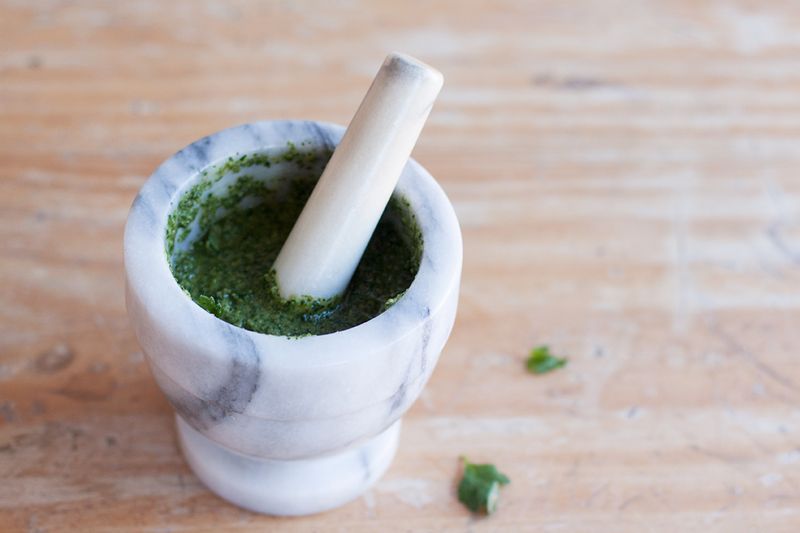 When I asked around, I found others had plenty of favorites too. Elizabeth Minchilli, gastronome and long-time resident of Rome, responded in a heartbeat: her mezzaluna, for finely chopping onions and herbs. Its “half-moon” shape is handy for finely chopping really anything—I have a friend that uses it for making tabbouleh. It's also excellent for sauces. I think of the mezzaluna as an ancestor of the food processor. If you have a blackout but need to make pesto or salsa verde, the mezzaluna (much like a mortar and pestle) will do it just fine.

Venetian food writer, Valeria Necchio, says her number-one kitchen utensil is the humble wooden spoon, one with a hole in it. I also have a thing for wooden spoons, particularly those flat, rectangular ones, and keep them in all shapes and sizes. Valeria uses hers specifically for stirring risotto. (In fact, it is sometimes called a girariso, a “rice rotator,” as the large hole in it allows the rice to freely flow through the spoon in the opposite direction that you drag the spoon in, increasing the effectiveness of stirring and therefore helping to create a creamy risotto.) It's the poster-spoon for Maizena, a popular brand of cornstarch in Italy, where it's also the recommended utensil for folding airy batters (like that for sponge cake) and for mixing pastry cream. 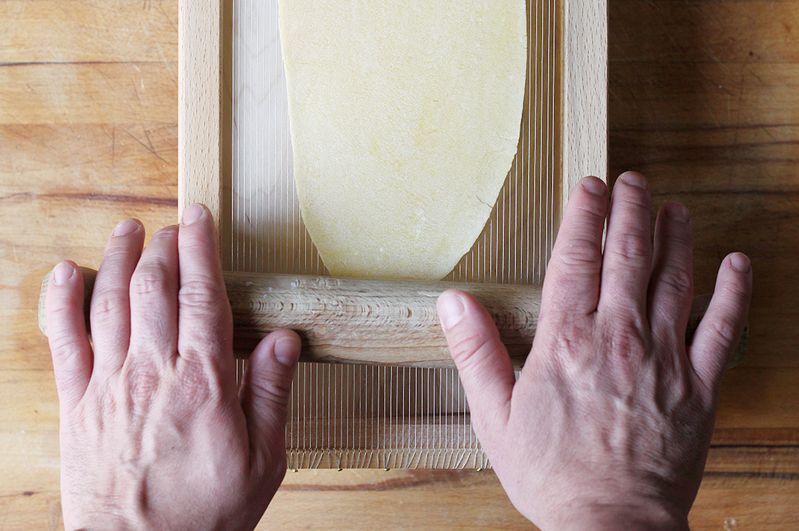 Others vouch for their kitchen items that hold emotional value. For food writer Domenica Marchetti, it's her old wooden chitarra that was given to her from her mother (who in turn got it from her mother), a stringed, wooden implement from used for cutting straight-edged Abruzzo-style spaghetti, along with her other “unplugged pasta tools,” like the old hand-crank pasta machine and the little ridged gnocchi board. But if she had to pick between them, it would be the chitarra, “because there is nothing like a nice dish of spaghetti alla chitarra cut the old-fashioned way.”

In the same vein, there's nothing like the kind of pan that is so good and so trustworthy that it is passed on through the family—and this is precisely what Andrea Falaschi, a third-generation butcher at Sergio Falaschi Macelleria in Tuscany's San Miniato, told me was his most valued kitchen item (and you'd think it would be a knife). Old pans, heavy iron ones, “that accompany us for years,” he specified. Once, as an elderly woman in southern Tuscany was telling me some of her recipes, she interrupted herself to point out, “These are all made in a black iron pan. I can't tell you if they will come out all right in anything else.”

This article was written by Emiko from Food52 and was legally licensed through the NewsCred publisher network. Please direct all licensing questions to legal@newscred.com.