How to Grill Fish, Two Ways

How to Grill Fish, Two Ways

Grilled fish is a summer staple, whether you like delicate fillets or prefer a whole grilled branzino—in season nine, episode two of Ludo à la Maison, Ludo Lefebvre gives viewers a taste of both. He’s joined by his friend Yael Grobglas, who he met while acting as a guest chef on Jane the Virgin, and together, they prepare sea bream two ways to cook on the grill. First, he shows Grobglas how to cut fillets, and then prepares a whole fish as well—in the end, both preparations are covered with fresh herbs, lemon slices, and a spritz of olive oil, with a flavorful garlic sauce as the finishing touch. It’s simple, light, and ready in about an hour, the perfect summer weekend meal. Tempted? Check out some of Lefebvre’s main tips below

When Lefebvre shows Grobglas how to peel and cut garlic, she calls it “her worst part of cooking”—Lefebvre agrees, saying he doesn’t like it either. (Sometimes, he’ll even buy it already peeled to avoid the process altogether.)

This recipe calls for whole cloves, so after cutting off the ends and peeling off the skin, Lefebvre drops them in the fish stock without any further prep work. After simmering for 30 minutes, the sauce will eventually be pureed in a blender.

Lefebvre wants to show viewers the difference between a whole fish and a fillet. First, he fillets. He cuts off the “wings” (aka fins) and then cuts a vertical, diagonal line from the top of the fish to the bottom. After that, it’s all about following the bone, and he cuts along it horizontally, pulling off the fillet. He also opts to leave the skin on.

…And leave it in for the whole fish

Once he starts preparing the whole fish, he leaves the bone in—this is better, he says, because the bone has flavor. (That’s why we make stock with bones, after all.)

Lefebvre layers thyme, rosemary, and mint on top of the sea bream fillet, with lemon slices, too—he then places another fillet on top, creating a fish sandwich of sorts, as Grobglas notes. As for the whole fish, Grobglas stuffs the herbs and lemon slices inside, and Lefebvre salts the outside to create a good crust. 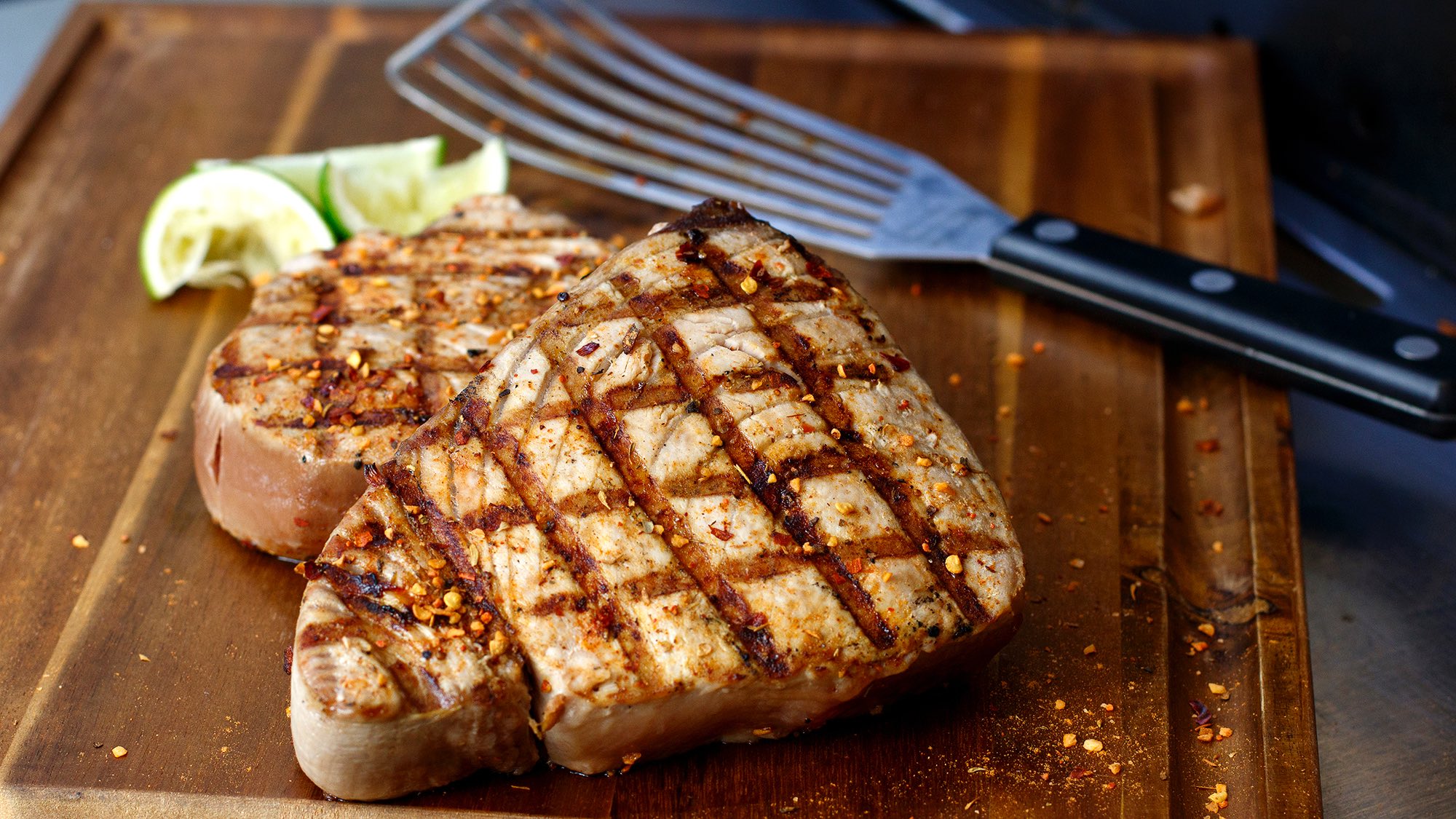 Use a fish grilling basket

This makes it easier to turn the fish while it grills and avoid breakage.

It’s all about color

Lefebvre and Grobglas spray the fishes with olive oil and put them on the grill—ultimately, you want them to end up with a nice color and char marks, as well as crispy skin.

Check for bones before you serve

After Lefebvre takes the whole fish off the grill, he repeats the fillet process from earlier. However, before he serves it to Grobglas, he checks the fillet for bones, just to ensure she doesn’t get a crunchy surprise while she eats.

Put it all together

After the fish is ready, Lefebvre serves it with a little bit of the braised shallot (which ended up slightly burnt, but c'est la vie), red fingerling potatoes, and a generous drizzle of the garlic sauce—after that, you’re all set to enjoy.