How to Cook Short Ribs in Four Minutes

How to Cook Short Ribs in Four Minutes

Short ribs, which have the tendency to quite literally melt in your mouth, notoriously take forever to cook. One of the most traditional Western ways to cook them is to braise them for several hours. But on this week’s episode of Mad Genius Live, Chef David Shim, from the Korean steakhouse Cote in New York City, teaches us about speed-cooking this cut of meat. 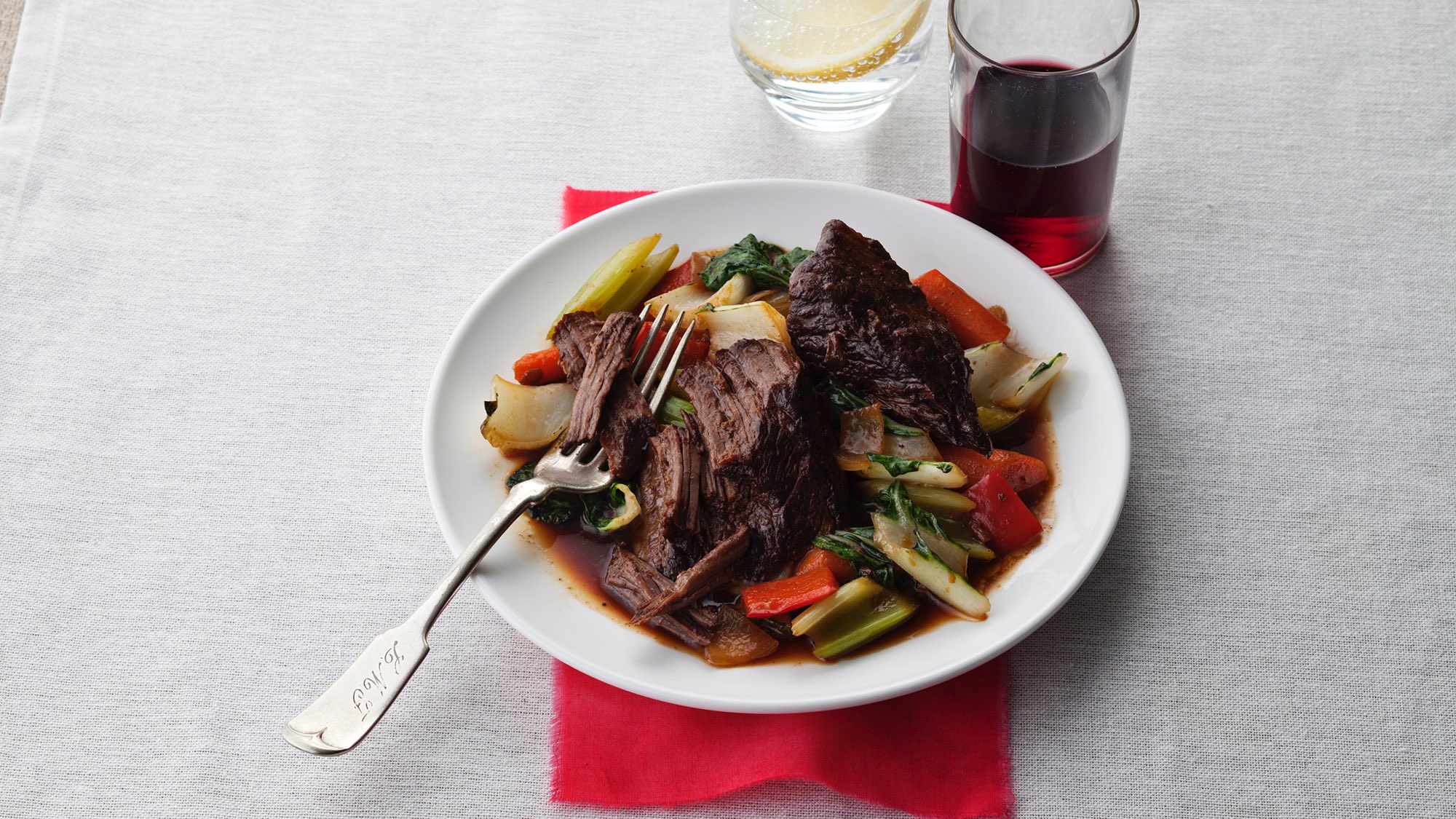 To make the Korean-Style Short Ribs, or galbi, served at Cote, Shim says to start by scoring the meat with what he calls the diamond cut. Essentially, cut the meat diagonally, pushing each strip forward as you slice down. This helps break down the fibers, which enables the meat to cook faster. Be careful not to chop all the way down, since you’ll want to keep the entire piece of meat intact. Then, flip the meat over and do the same cut-and-push trick on the other side. The diamond cut helps the marinade penetrate through the meat, allowing for more flavor in the finished dish.

While some meats are best kept cold while prepping, Shim says that for short ribs, it all depends on the amount of marbling. If the piece on hand is heavily marbled, it’s actually easier to cut when at room temperature. When the meat is cold, the fat will be firmer and therefore more difficult to slice through.

What you have all been waiting for - stacks on stacks on stacks of MEAT! You get it all with the Butcher's Feast! Let us flex for you with ban chan, four of our favorite cuts of meat, egg soufflé, and stews! The Feast is rounded off with our famous soft serve!🍦We recommend the whole table participate in this meat revelry!

After scoring the short ribs with the diamond cut, Shim coats them in a puree of onion, pear, ginger, and garlic, then lets them sit in a marinade made of soy and mirin. The meat can sit for as little as four hours, but Shim recommends letting them marinate for as long as possible.

When it comes to cooking, simply place the scored, marinated meat into a pan with a little bit of sesame oil. Make sure to move the short ribs around in the pan to make sure that the sauce doesn’t burn the meat. After about four minutes (yes, you read that right), the short ribs will be browned, caramelized, and tender — and ready to eat!