Cool Off with This Gorgeous Honey Lavender Ice Cream

Cool Off with This Gorgeous Honey Lavender Ice Cream 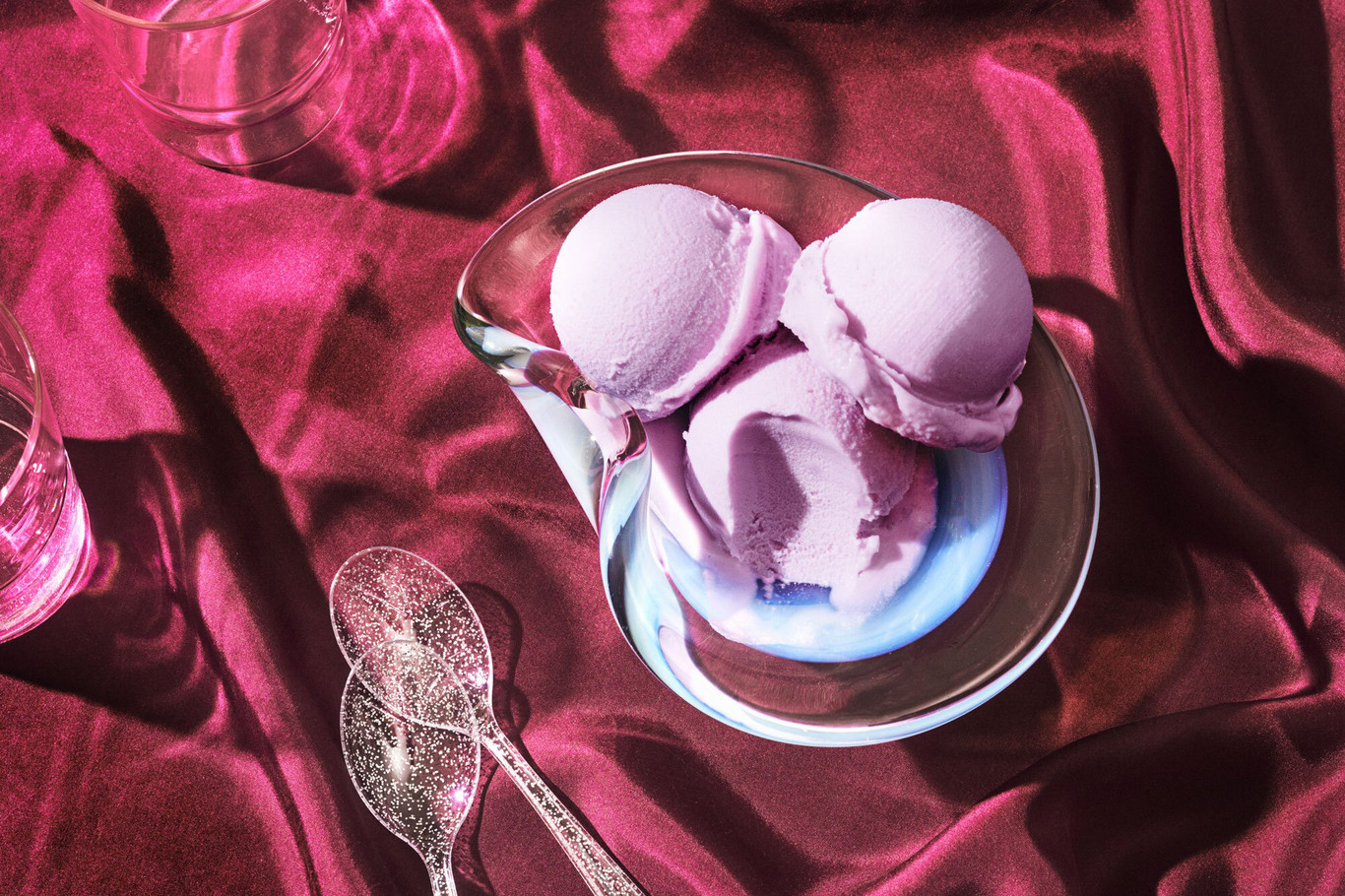 When the weather starts to heat up, a frozen dessert is the perfect way to cool down. In this week's installment of Chefs at Home, Salt & Straw co-founder (and head ice cream maker!) Tyler Malek offers three-honey lavender ice cream, boysenberry oat milk sherbet, and, finally, birthday cake and blackberry ice cream. The honey lavender and birthday cake ice cream both use the same base, while the boysenberry sherbet is actually vegan, getting its creaminess from an oat milk base. No matter which one you choose, (better yet, all three!) you're only a few steps away from the creamy, cooling summer treat of your dreams.

Read on for Malek's step-by-step method and follow along with the videos below.

Malek kicks things off with honey lavender ice cream, which he says was inspired by ingredients found in Oregon. You start off with the base, which includes whole milk, heavy cream, tapioca syrup or light corn syrup, granulated sugar, dry milk powder, and xanthan gum. After that's done, it chills in the fridge for at least six hours (24 is your best bet), and you can make the lavender syrup in the meantime.

When both are ready, you combine the base and syrup, plus natural purple food coloring, if you're using it. Transfer the mixture to an ice cream machine and let it churn for 30 to 40 minutes. (Ultimately, you want it to reach the texture of soft serve.) Pop the ice cream into a freezer-friendly container, making sure to scrape in every last bit, and cover the surface with parchment paper followed by the lid. After it's allowed to freeze until firm, about six to eight hours, you're all set to enjoy. And if you have leftovers? It'll keep for six months, as will the following two flavors.

"This is the perfect ice cream flavor for so many different reasons," he says.

The vegan sherbet is up next. Malek says the oat milk base, which calls for barista-style oat milk, is versatile and you can "do anything with it," such as adding in vanilla, chocolate, or peanut butter. In this case, it's a boysenberry puree, which Malek makes by combining boysenberries with sugar and briefly roasting them in the oven. They also get a boost in flavor thanks to kosher salt, vanilla extract, and malic or citric acid (or lemon juice, if you can't find either).

After the roasted berries are pureed and have had time to chill, you combine the puree with the oat milk base and then get it into the ice cream machine-this time, for 25 to 35 minutes. Scoop it into the container (for all of these, Malek likes to use thin plastic takeout containers) and freeze it for at least six hours before digging in.

"The oat milk is giving it this really intense creaminess," he says. "The berries are just bright and fresh, like, straight from the start because of all those acids that we put in there. And then the flavor just immediately washes away and makes you just excited to eat the next spoonful."

To round it all out, Malek prepares a birthday cake and blackberry ice cream, one of his favorite recipes. "It literally feels like the Fourth of July in one spoonful," he says. It uses the same base prepared for the honey lavender ice cream, and adds in vanilla extract, kosher salt, and clear vanilla extract, as well as a homemade birthday cake crumble (featuring rainbow sprinkles, of course) and blackberry jam. Instead of combining everything first like the other two recipes, you put the base in the ice cream machine and then layer in the crumbles and jam once the ice cream goes into the container. Place it in the freezer for six to eight hours and then scoop yourself a generous bowl.

"This is such a cool flavor. There's so much going on, and it's so simple," he says. "Literally it feels like a birthday cake from a box, but there's something so elegant and artisan about it."

Come back for our next installment of Chefs at Home featuring Lucas Sin. Up Your Nutrition Know-How We hear these phrases like, “Is that low carb?”, "What is Vegetarian?" or “Oh, that dish is high in protein!” all the time.... 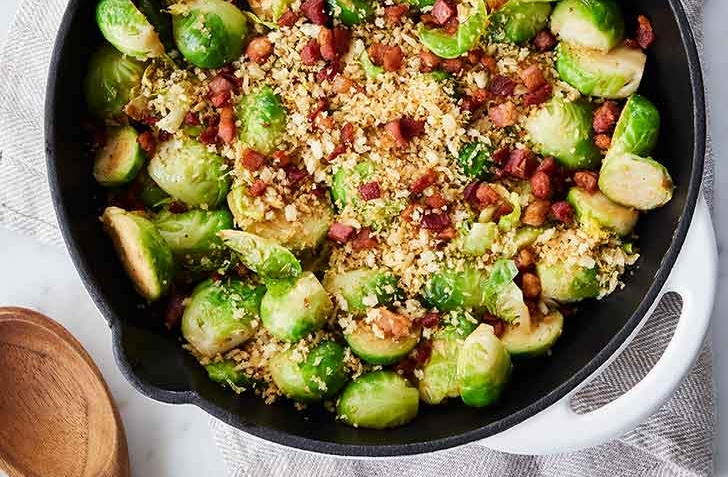 Brussels sprouts are one of the few veggies we actually look forward to eating. And when they’re crispy? Forget it—everyone else better back off. But here’s the...

How to Freeze Zucchini 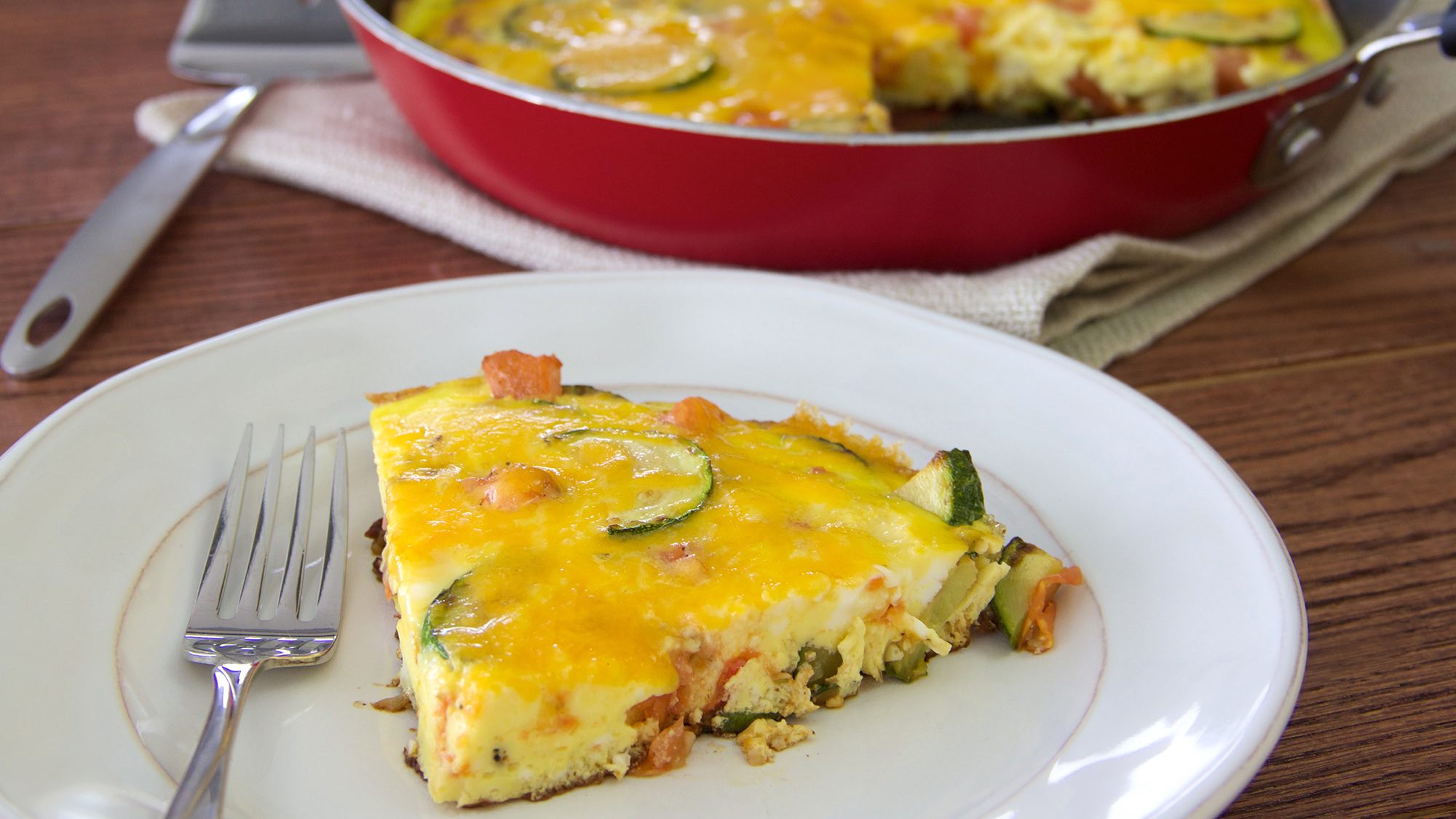 How to Freeze Zucchini

Learn how to freeze zucchini the right way so you can enjoy it all year long. We never need an excuse to make something with zucchini, but... 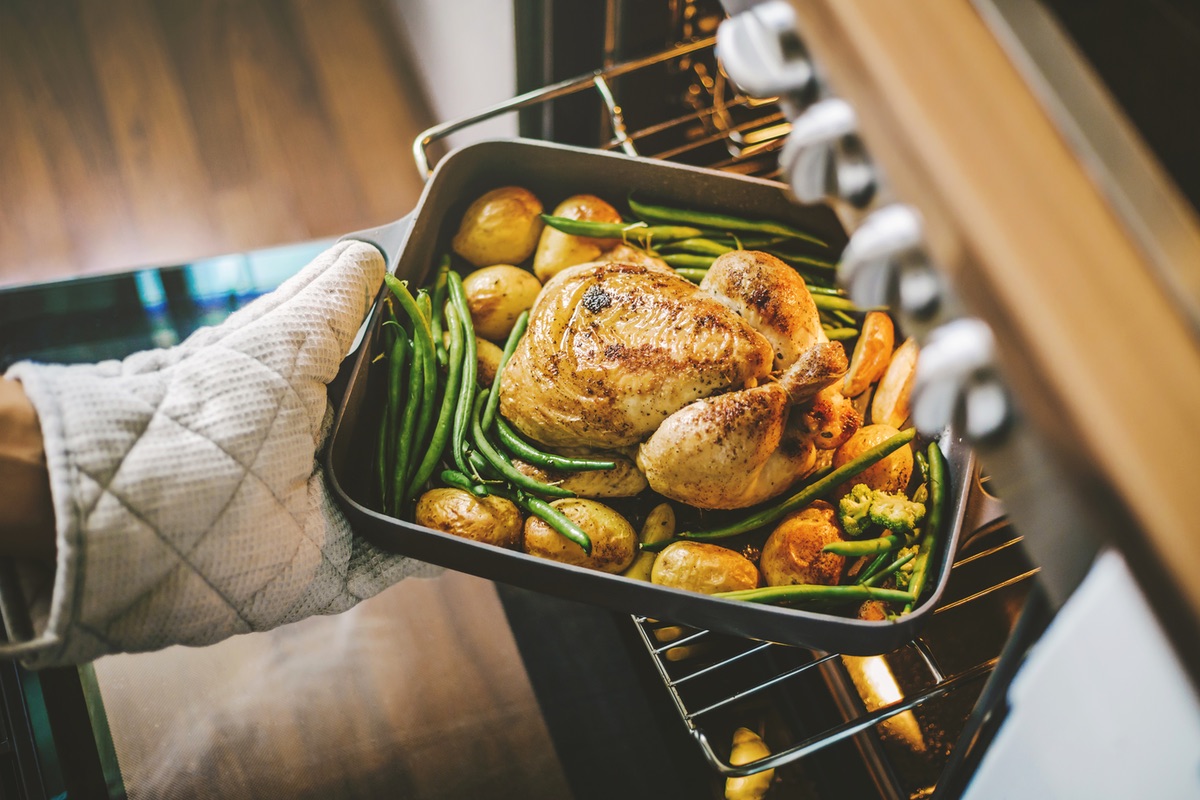 In a chicken rut? We feel you. If turning to the same chicken recipes over and over is starting to feel dull, it's time to mix it... 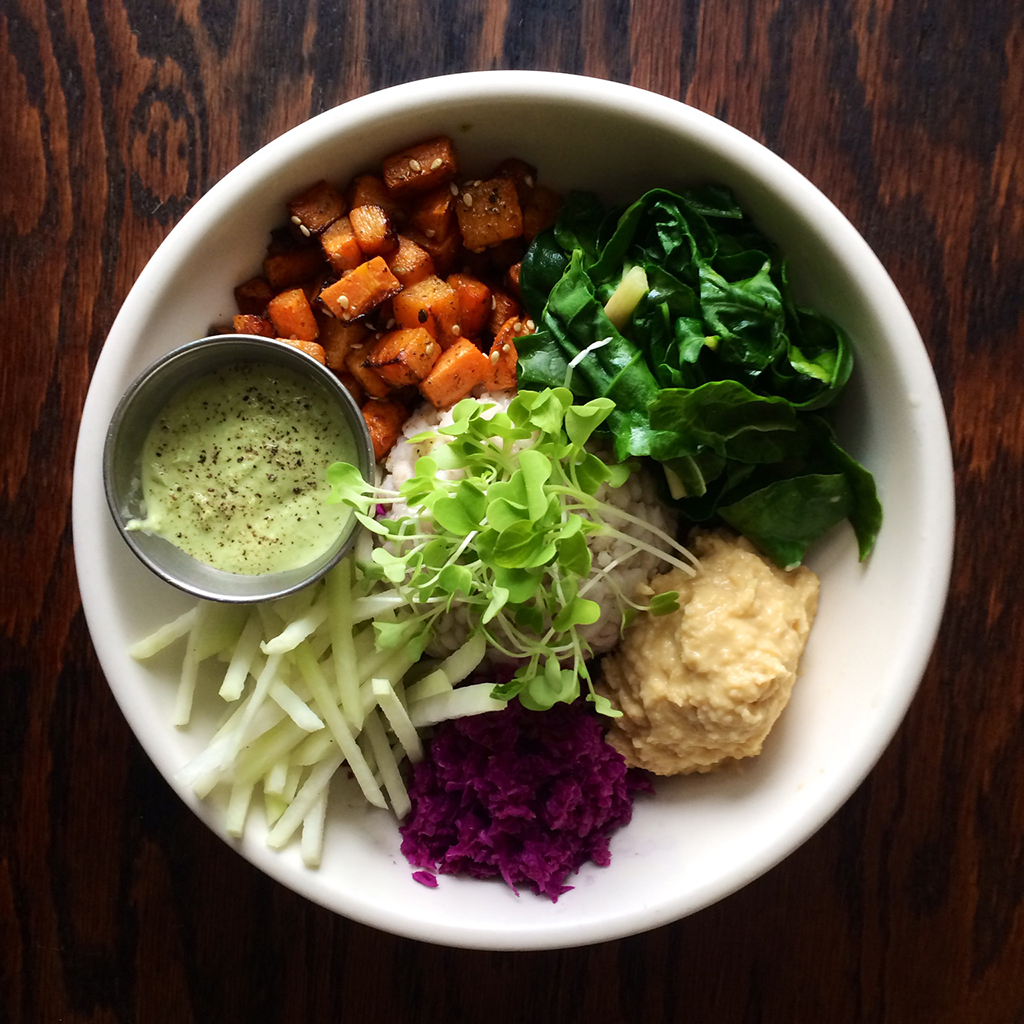 This Za'atar-Spiced Barley Bowl Is The Healthy Hug...

Barley is versatile enough to float in a bowl of warm broth, rest under a sunny-side up egg to soak up all the yolky goodness and be...