Chef Marcus Samuelsson knows chicken. At his Harlem restaurant Red Rooster, the Chopped judge and celebrity chef serves the bird in all kinds of ways, from fried legs with waffles to pulled jerk chicken tacos. For this week’s episode of Mad Genius Live, Samuelsson stopped by the Food & Wine Test Kitchen to show us one of his favorite things to do with chicken: making soup.

Tapping into his passion for reducing food waste in the kitchen, Samuelsson’s Leftover Chicken Soup uses the whole animal — from liver to bones to carcass. Note that the one body part that Samuelsson recommends leaving out of the broth is the breast, since it won’t hold up during the lengthy simmering process. (For ideas on what to do with that white meat, check out these recipes.)

Although making soup from scratch can seem daunting, Samuelsson’s tips make it easy to master this recipe. Here’s what he has to say about making homemade chicken soup: 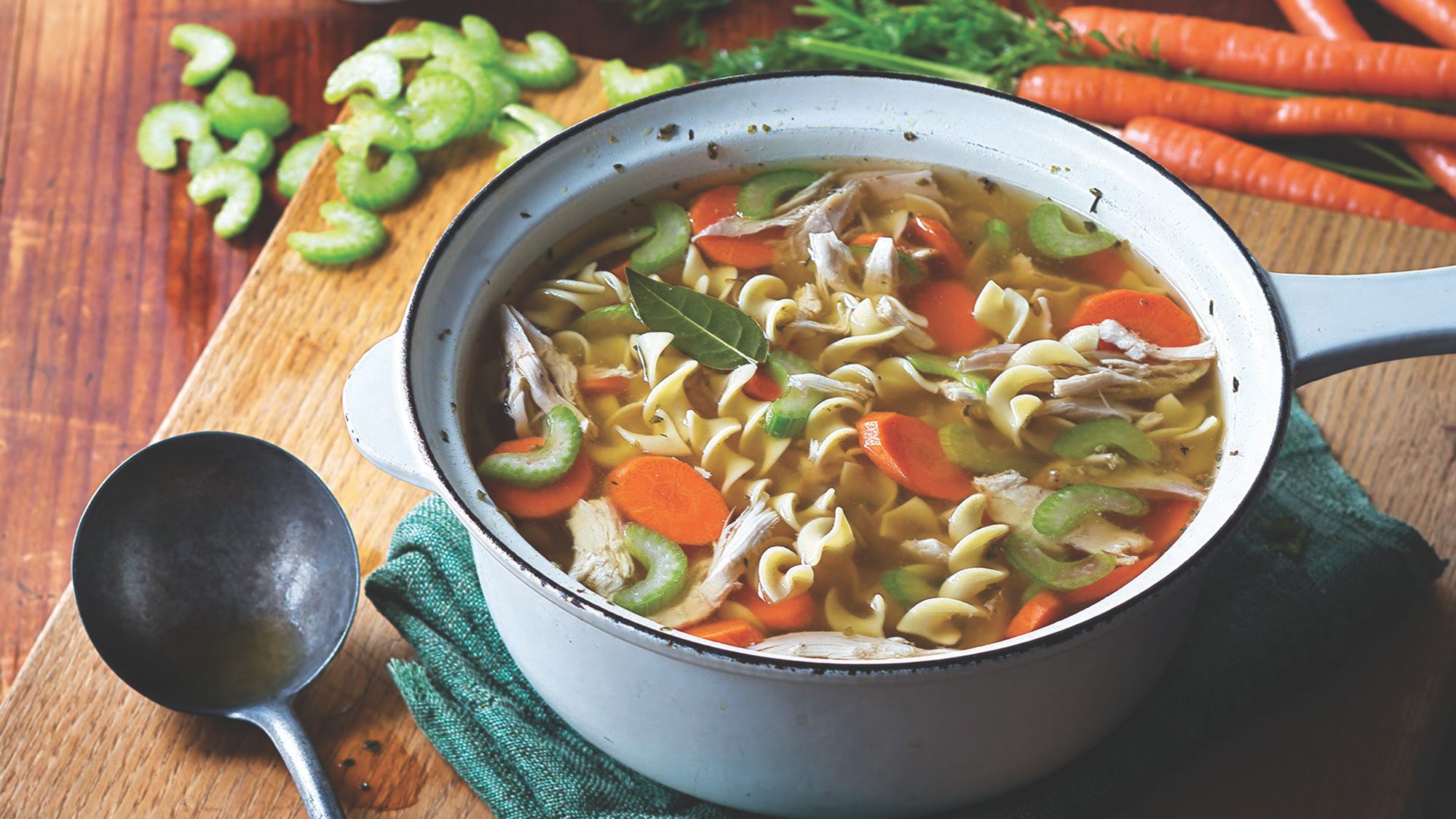 Keep some meat on the bones.

When breaking down a chicken with the intention of making a broth, Samuelsson likes to keep a little bit of meat on the bones — the extra meat infuses the final stock with a greater amount of flavor.

Although charring the onions, ginger, and peppers beforehand isn’t absolutely necessary, that small step provides a richer flavor as well as a darker brown color.

All of the flavor of lemongrass lies within the bulb. To make sure that that flavor exudes into the broth, pound the bulb before throwing it into the pot.

Got leftover herbs? Throw ‘em in.

While the recipe doesn’t explicitly call for herbs, Samuelsson wants you to use them if you have them. “Don’t go for the top,” he says, “go for the back-end, throw them into the pot and it’s going to be absolutely delicious.”

Opt for egg drop (if you have to).

If you’re pressed for time or don’t want to make the omelet, you can simply pour the raw egg mixture into the boiling pot. As in egg drop soup, the egg will cook into the broth.

This dish is packed with interesting textures, from pulled chicken to rice noodles to bok choy. Another one of the toppings is shiitake mushrooms, and Samuelsson likes to simmer half of them while keeping the other half raw. The contrasting textures and flavors add a necessary lightness and brightness to the broth.

After pulling the skins off of the chicken, Samuelsson dips them in soy sauce and sugar. He then bakes the skins for an hour at 300 degrees until they’re crispy. As a garnish, the crackling skins add the perfect amount of crunch to the overall dish. 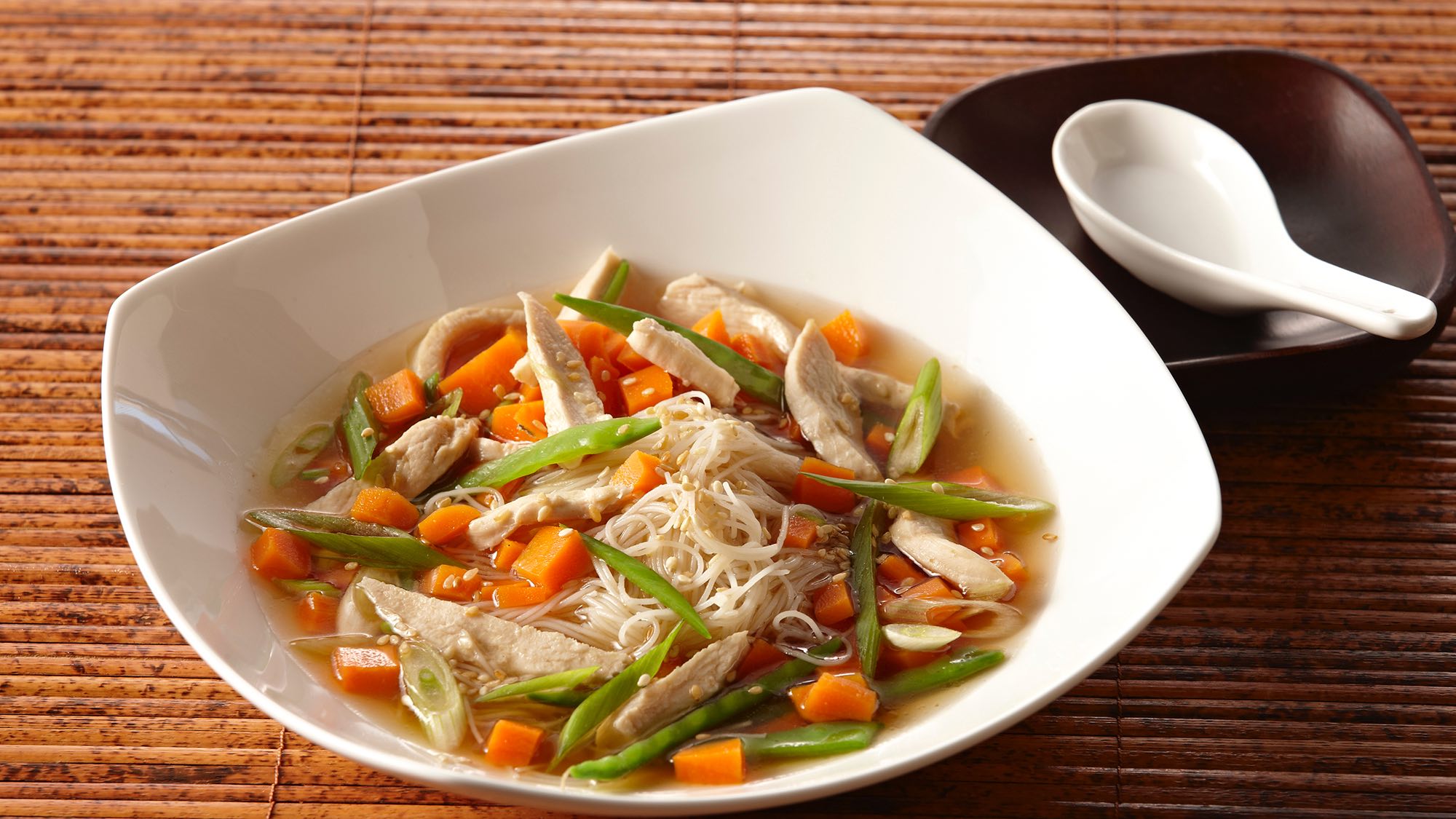 Whether you have leftovers from Sunday night dinner or planned to make this broth for meal prep, the great thing about chicken soup is that you can freeze it, and it'll last pretty much forever.