This Rainbow Vegetable Gratin Is 6 Layers of Summer

This Rainbow Vegetable Gratin Is 6 Layers of Summer 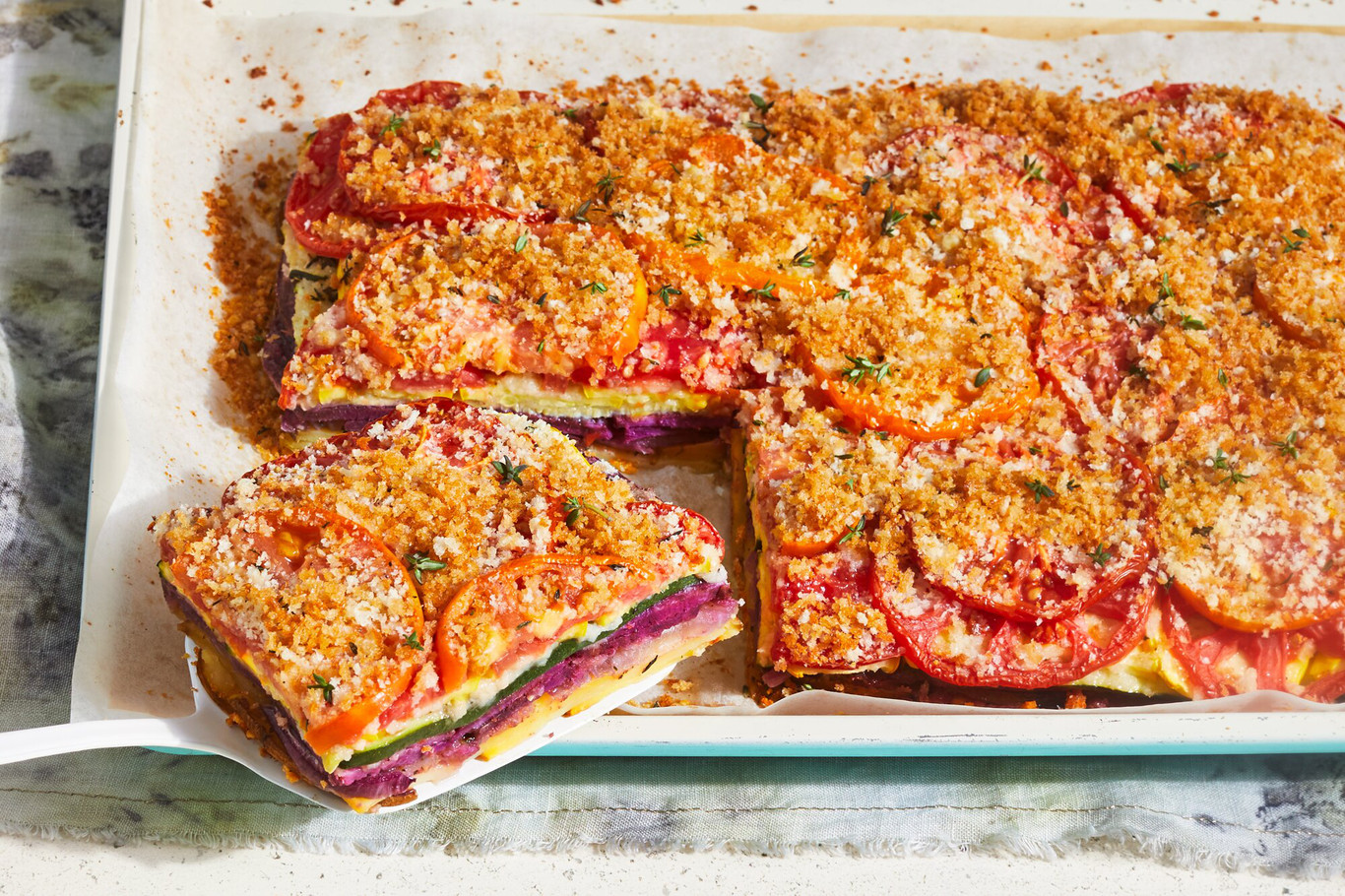 Learn how to make it on this week’s episode of Mad Genius: Home Edition.

Fresh squash and tomatoes are one of many things we look forward to each summer. In this week's episode of Mad Genius: Home Edition, Food & Wine Culinary Director-at-Large Justin Chapple combines the two in his recipe for rainbow vegetable gratin. Yes, rainbow-because in addition to yellow squash, zucchini, and juicy heirloom tomatoes, the gratin is also packed with Yukon gold potatoes, sweet potatoes (purple or orange), and red onion, too. The end result is six stunning layers that truly look like a rainbow, and would make an impressive addition to any meal.

Read on for Justin's step-by-step tips.

It wouldn't be a gratin without cheese, and in this case, you'll be using finely grated Parmigiano-Reggiano. Combine the cheese with panko, chopped fresh thyme, kosher salt, and black pepper to form the breadcrumb mixture, which not only tops the gratin, but adds texture and flavor to each layer.

Each layer of this gratin is made with a different vegetable (yes, in this case, we consider tomatoes to be vegetables), and you'll need to peel and slice them accordingly before you start building. Feel free to use a knife or a mandoline as Justin does in the video to make even cuts-if you go with the latter, be careful and use a guard or a cut-resistant glove. He also recommends using a serrated knife to slice the tomatoes and cutting the Yukon gold potatoes last, in order to avoid them oxidizing. (And while you're at it, leave the skin on the Yukon golds, too, so they hold their shape when baking.) Once the vegetables are ready, you can start building your gratin. Grab your parchment paper-lined, greased rimmed baking sheet (we recommend an 18 -x 13-inch one) and begin by layering the Yukon gold potato slices inside lengthwise, forming a roughly 13- x 9-inch rectangle (the pieces should overlap slightly). Season them with a little bit of salt and pepper, and sprinkle on 1/4 cup of the panko mixture evenly as well. Then, repeat this process for each layer, going with the onion next, followed by the sweet potato, zucchini, and yellow squash.

The tomatoes form the final layer-press down (gently!) so the layers are even. With a final hit of salt and a layer of parchment paper and aluminum foil on top, the gratin is all set to go in the oven.

You'll initially bake the gratin at 350°F for about an hour-you'll know it's ready to come out when you insert a paring knife in the gratin and there's only a little bit of resistance. Then, remove the foil and add on the rest of all. those. cheesy. breadcrumbs. Rotate the pan front-to-back and place it back in the oven for another 20 minutes (this time, the knife should come out easily when you test it). Leave the gratin in the oven and give it a quick, final blast under the broiler for two to three minutes. Ultimately, the top should turn crispy and golden-brown.

Once the gratin is done, allow it to cool for 20 minutes before cutting yourself a generous (and very colorful) slice.

"I love vegetables," Justin says. "This is a great way to use them. You can make a big version, you can make a small version. The possibilities are endless." 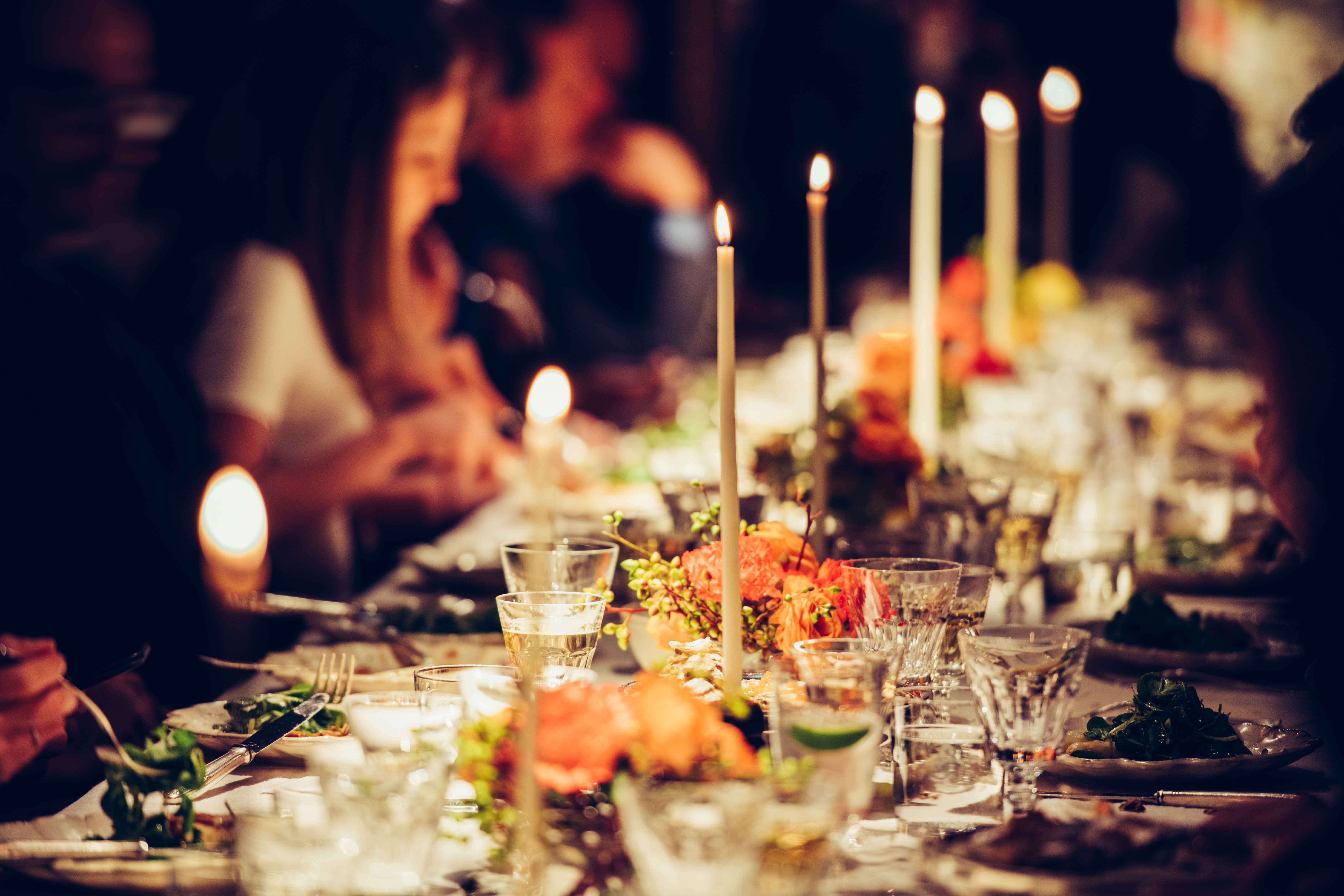 From decorating trees to singing carols, many of America’s most treasured Christmas traditions come from all around the world. This year, draw inspiration from global food recipes... 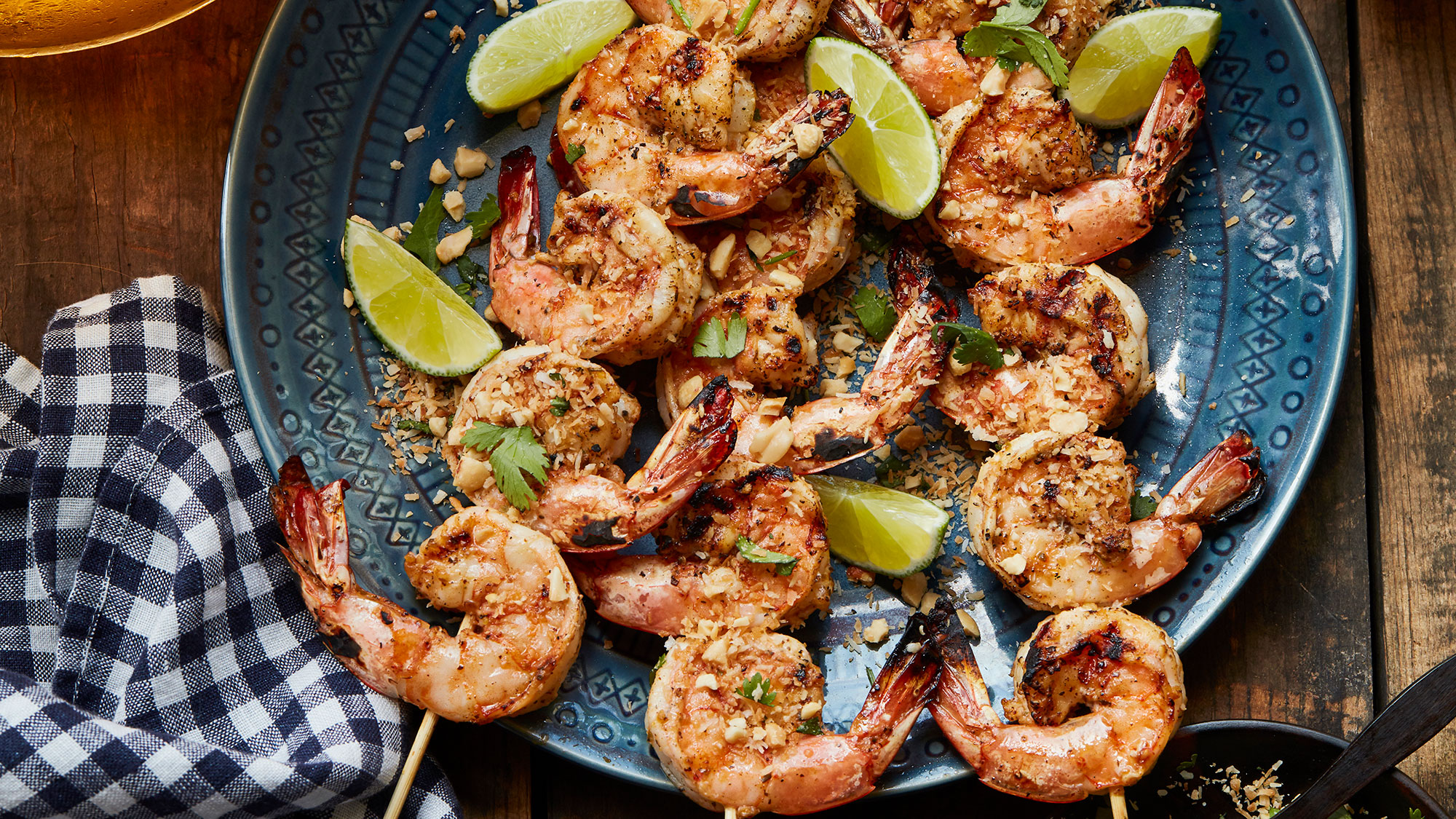 When grilled with an herby, garlicky chimichurri sauce that doubles as both a marinade and a dipping sauce, shrimp skewers have enough bold flavor to make you... 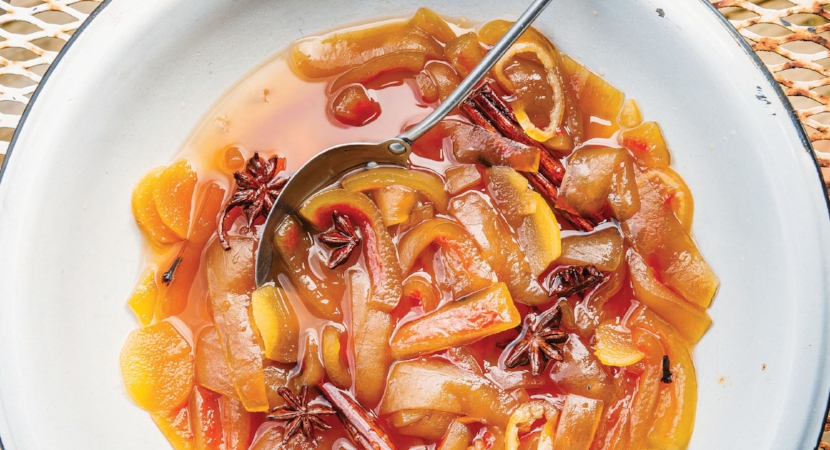 Pickle Your Watermelon Rind for a Taste of Summer All...

Have you ever gotten to the rind of a juicy slice of watermelon and thought, man, I wish I could eat that too? Don't throw it away!...

How to Make Incredible Sourdough and Focaccia Bread 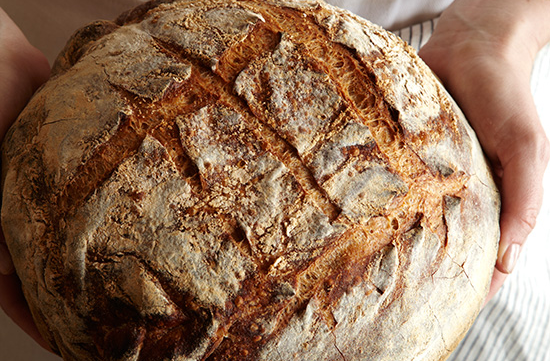 How to Make Incredible Sourdough and Focaccia Bread...

Baking bread can seem daunting. Like many home cooks, former F&W editor-in-chief Dana Cowin was intimidated by the idea of natural fermentation. In an effort to master...

9 Ways To Use Potatoes 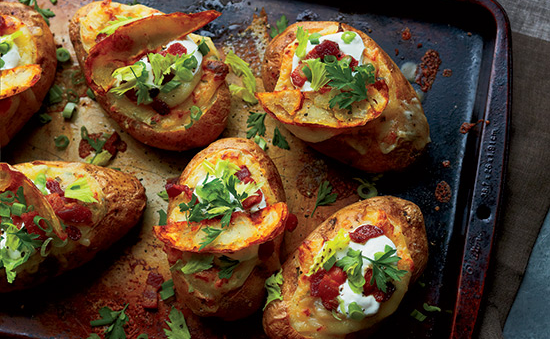 9 Ways To Use Potatoes

Is there anything that can't be done to a potato? Whether boiled, fried, roasted or grilled, these tubers are a great vehicle for all kinds of flavors...