The Lunar New Year (commonly known as Chinese New Year or Spring Festival) is one of the biggest holidays celebrated in Eastern Asia. The celebrations are based on the lunar calendar—one where each year includes 12 lunar cycles—with each year representing a different animal based on the Chinese Zodiac.

This year’s New Year falls on February 16th and marks the first day of the Year of the Dog. Countries across East Asia will be hosting extravagant New Year's celebrations to welcome the New Year and bid farewell to the Year of the Rooster.

The New Year may have been celebrated in China as early as 14th century B.C. as a way to honor deities and, while it has lost its religious significance for most people, it’s still celebrated worldwide today with lots of food and fun festivities. Read on to learn more about how Lunar New Year is celebrated across the world, including Chinese New Year traditional foods, and Chinese New Year recipes you should try. 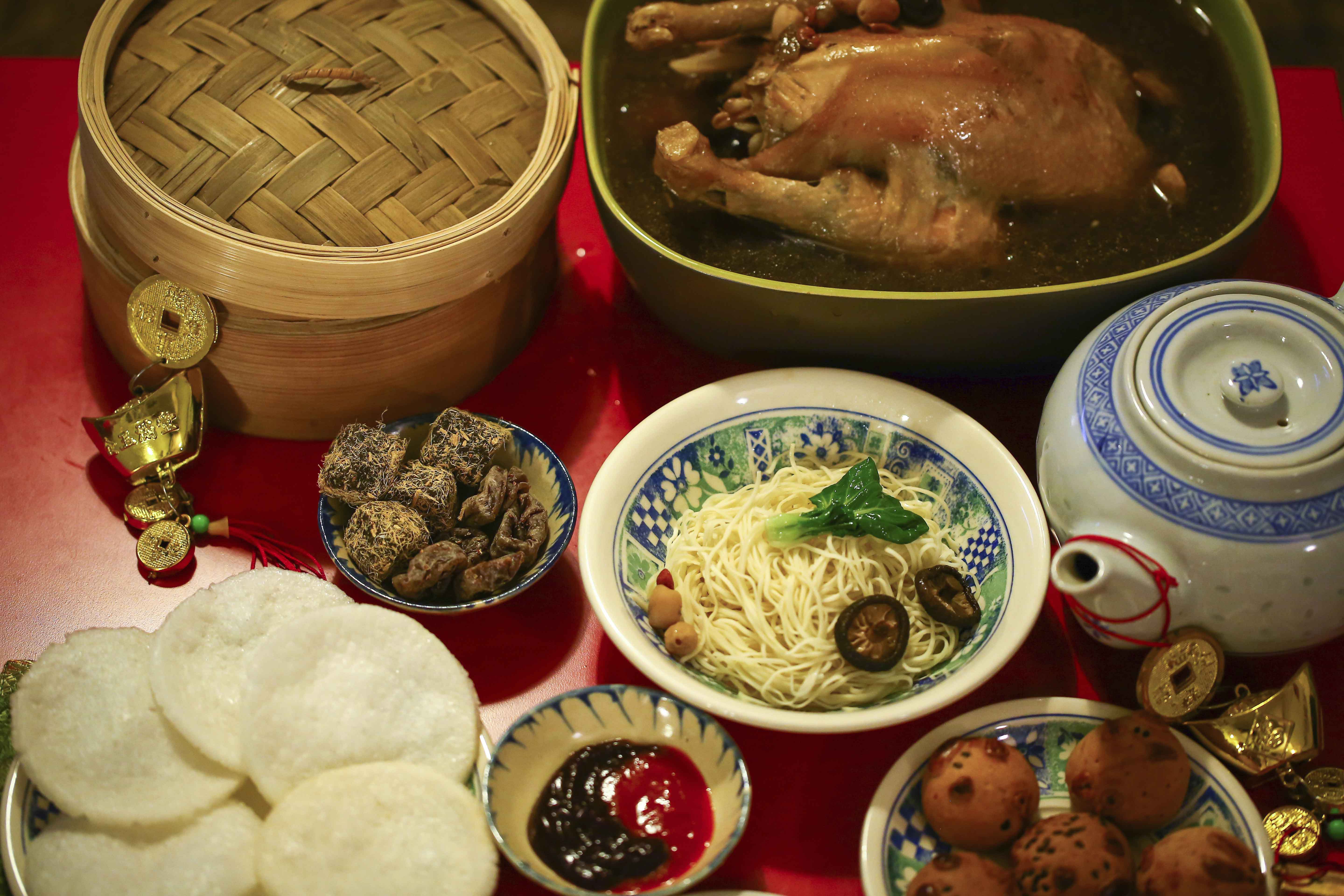 Not surprisingly, China has the largest Chinese New Year celebration of any country. The holiday festivities include giving red envelopes filled with cash (also known as hongbao)—as a symbol of good luck—along with decorating with red lanterns and enjoying breathtaking fireworks displays.

So what are the lucky foods to eat for Chinese New Year?

Food is crucial to the celebrations, with the Lunar New Year's Eve's reunion dinner being the highlight of the New Year traditions. The menu also varies greatly across the country. Those in Northern China often feast on dumplings—sometimes made with sugar for good luck—and snack on nuts and seeds.

In the south, celebrations often include rice cakes (also known as niangao) made from glutinous rice flour that can be served in soup or broth, stir-fried, or tossed in crushed peanuts and sugar for a sweet snack. Hotpot, a communal dish where veggies, seafood and thinly sliced meat are simmered in broth is also commonly eaten during New Year's celebrations. In addition, Southerners snack on egg rolls, asparagus rolls, almond cake and peach slices.

The Chinese end the New Year festivities with the Lantern Festival, which is celebrated on the 15th day of the Lunar New Year, which is also the first full moon of the New Year. The most popular food consumed to symbolize good luck is glutinous rice balls (also called tangyuan) filled with various sweet fillings, including black sesame and peanuts. 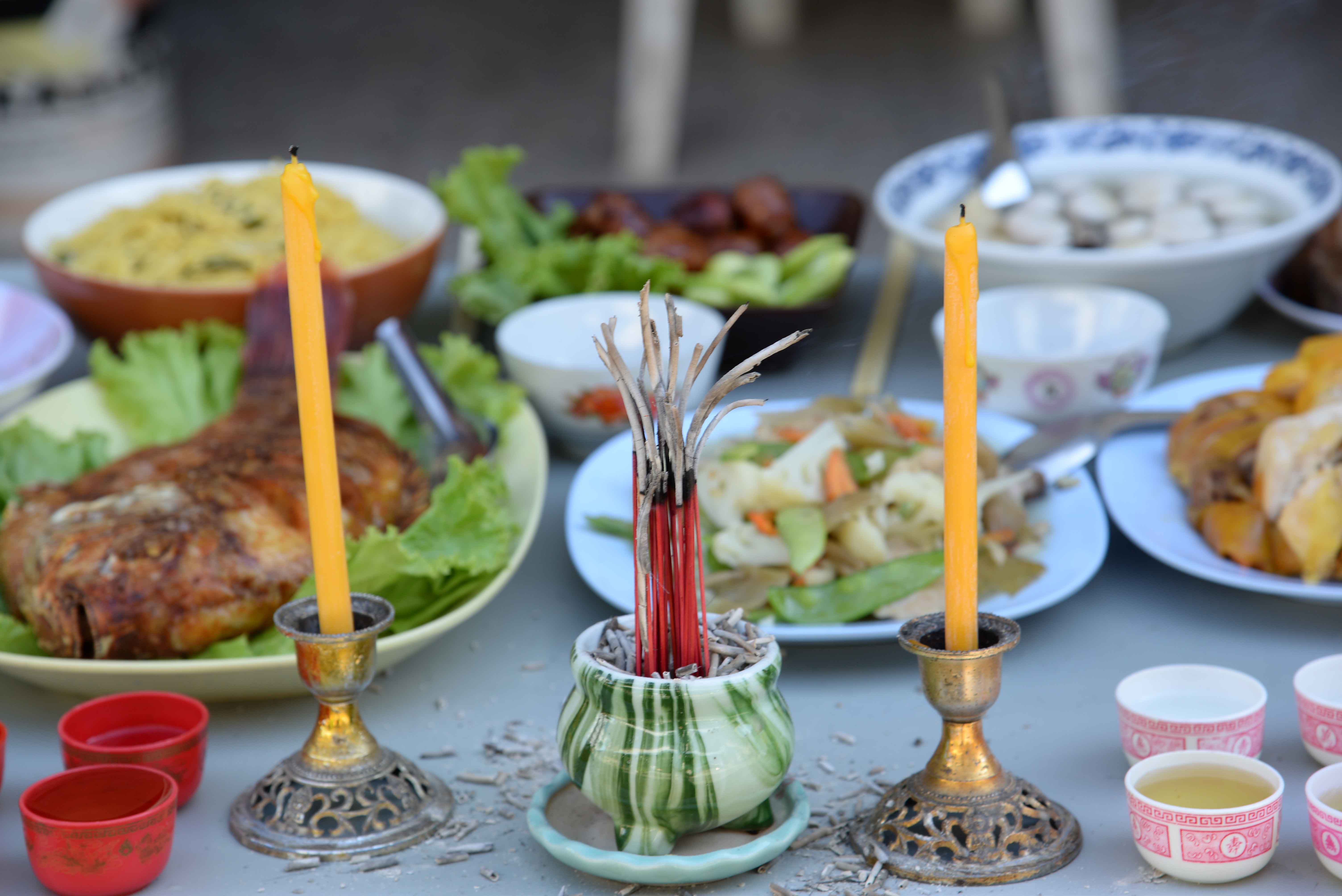 The Lunar New Year is also a major celebration in Thailand, especially in cities like Bangkok that have a large Chinese or Thai-Chinese population. Walk through Bangkok’s Chinatown during the New Year, and you’ll find a sea of red, from homes decked out in red banners and decorations to a canopy of red lanterns suspended over the street. Catch the Chinese New Year Parade in Bangkok's Chinatown, and watch acrobats and dancers flood the streets with lion dances, firecrackers, and festive music.

Celebrate with These Thai Recipes: 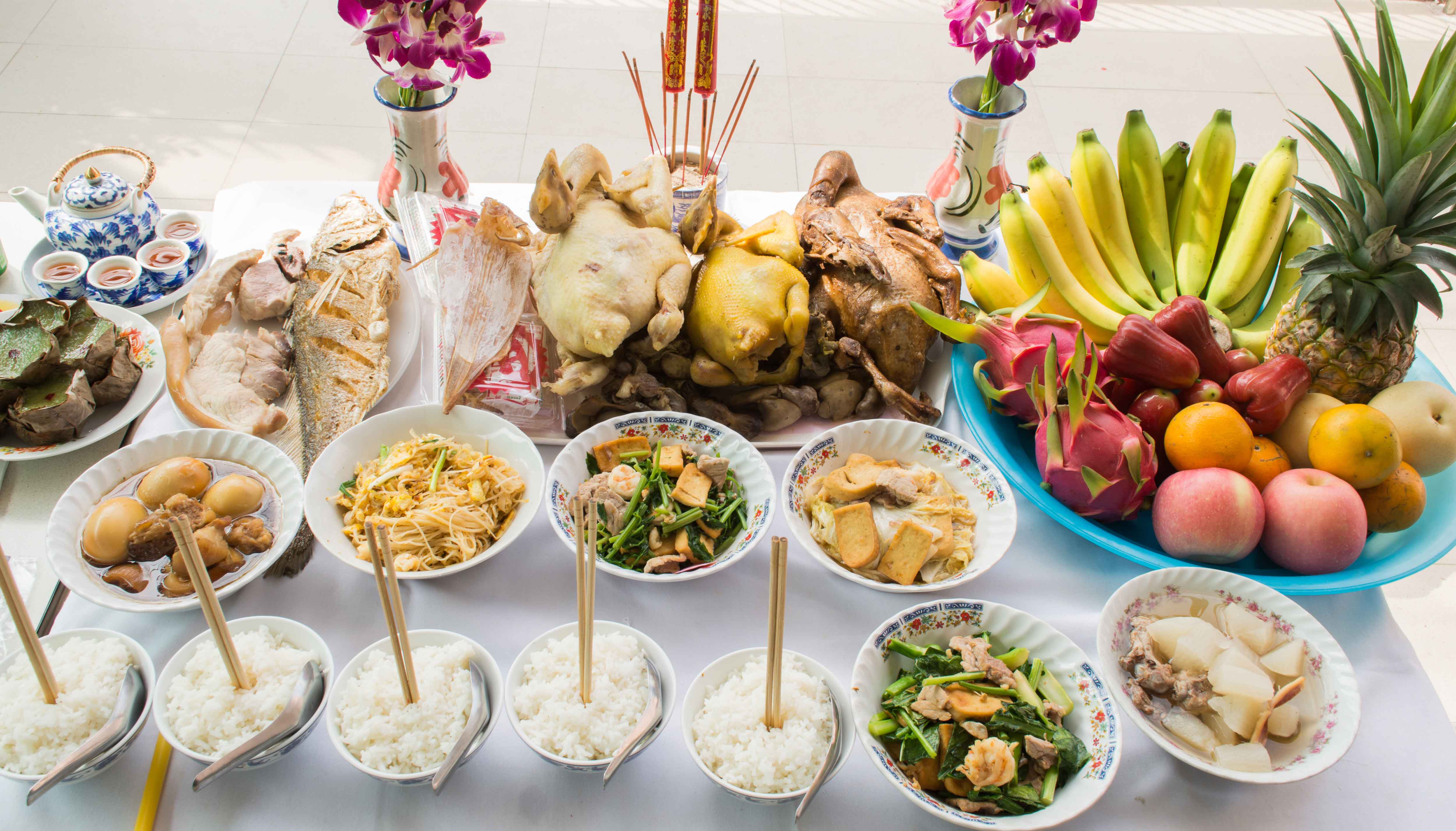 The Vietnamese celebrate the New Year with Tết, or Vietnamese New Year. One of the biggest celebrations of the year, families decorate their homes with peach branches, kumquat trees and vibrant collections of flowers. Families also pay tribute to their ancestors by decorating an ancestral altar with five varieties of fruit.

Tết celebrations also include a feast, of course. Red sticky rice, seasoned with gac fruit, Vietnamese sausage, and boiled chicken are all on the menu, along with Banh Chung, a steamed cake wrapped in banana leaves. Nuts and seeds are also popular dishes, especially watermelon, pumpkin and sunflower seeds.

Celebrate with These Vietnamese Recipes: 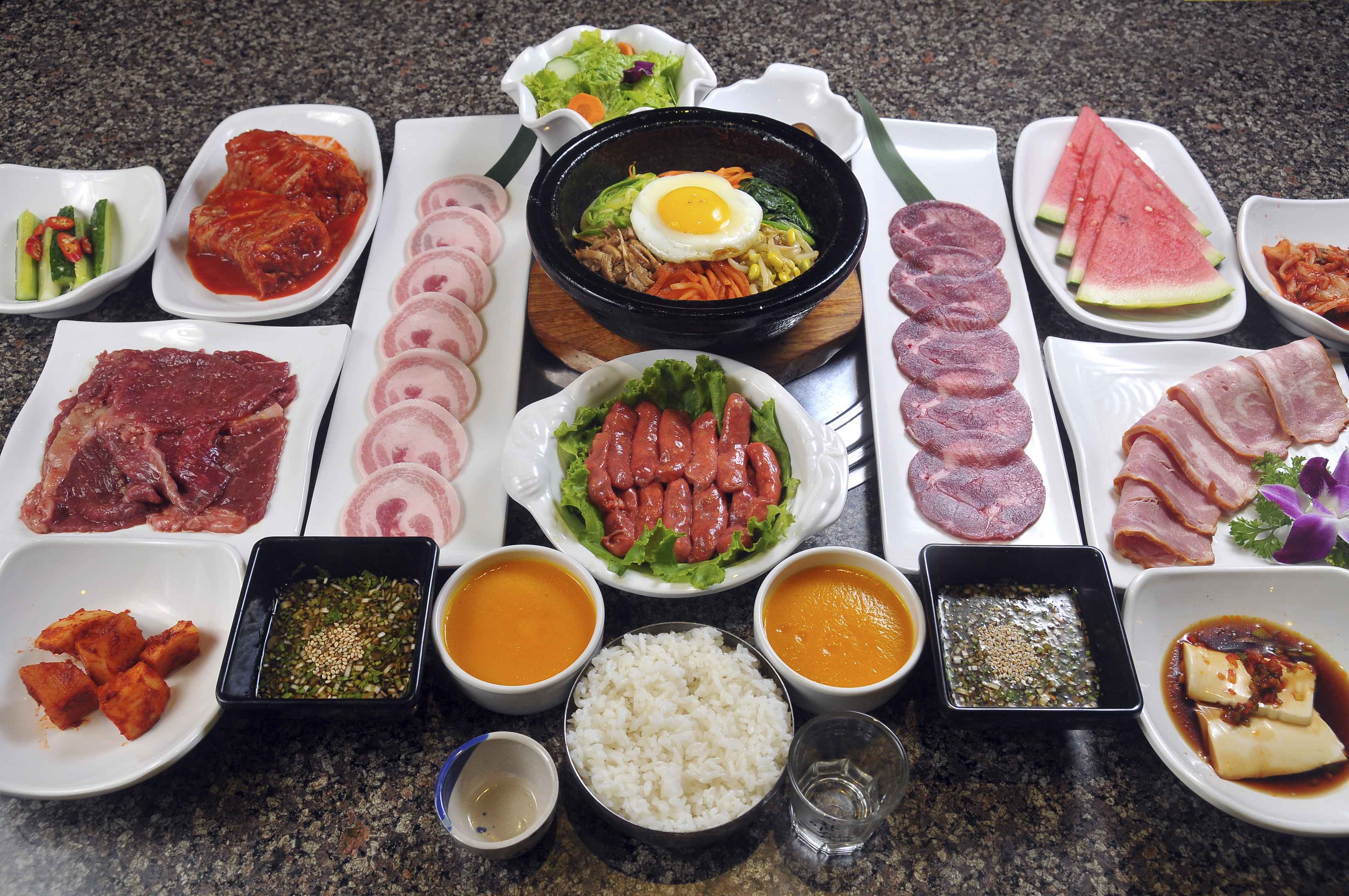 Koreans ring in the New Year with Seollal, or Korean New Year, a three-day celebration that includes the day before and after the New Year. Like Lunar New Year celebrations in other countries, Seollal focuses on family traditions and includes New Year feasts and tributes to ancestors.

Among the most important traditional foods is Tteokguk, a sliced rice cake soup that may be seasoned with eggs and meat. Some families also serve bulgogi, a barbecued beef dish, or yaksik a rice dish made with honey, dried fruit and nuts.

Celebrate with These Korean Recipes:

While countries across East Asia might throw some of the biggest New Year’s celebrations, you’ll find plenty to celebrate at home as well. Head to your nearest Chinatown this year to take part in the Lunar New Year celebrations—and maybe discover your new favorite food, too!