You’d never guess how different cinnamon tastes once it’s roasted. The slow, gentle heat transforms traditional cinnamon’s sharp, sweet flavor into something rich, deep and toasty. One taste and you’ll want to make it a pantry staple, with a spot right next to the regular version. Roasted cinnamon is a delicious addition to everything from morning oatmeal to French toast to sticky buns to snickerdoodle cookies. But it isn’t just for sweets. We love this spice’s savory side. Middle Eastern meat kabobs and stews take on even more character when roasted cinnamon stands in for regular. It’s also an easy way to switch up your favorite chili or beef stew. Sprinkle it in yogurt with a spoonful of honey and use it in any spice cake or cookie recipe. Roasted cinnamon should smell rich, warm and slightly sweet, like a buttery spice cookie, right from the oven.

Q: If I don’t have roasted cinnamon on hand, what makes a good substitute?

A: You can always substitute regular cinnamon. But roasted cinnamon adds depth and richness to cinnamon’s sweet, spicy warmth. Try toasting regular cinnamon yourself. It’s easier than you might think! Swirl cinnamon in a dry frying pan over medium heat. Keep it moving in the pan. Turn off the heat the moment the spice becomes more fragrant.

Cinnamon has a long and fragrant history. Ancient civilizations called this dried tree bark “sweet wood” for its warm flavor and sweet, woodsy aroma. The Egyptians, including Cleopatra, used it as perfume. And it was burned as incense in the Middle Ages to freshen the air in wealthy homes. We may be separated from our ancient relatives by millennia, but we remain connected by our love for cinnamon. 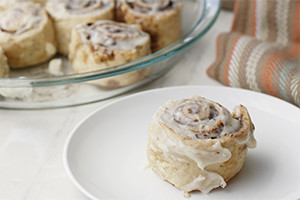 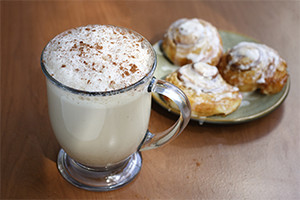 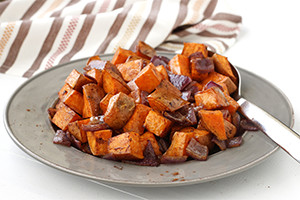