How to Make Domed Muffins

How to Make Domed Muffins

In a line-up of muffins -- some homemade, some bakery-made, and some factory-made and vacuum-sealed in plastic bags -- it's not difficult to identify the usual suspects.

Bakery muffins have gently mounded tops -- chests puffed proudly, extending beyond the boundaries of their liners, not to be withheld by the confines that humbler muffins abide by. Homemade muffins are a flatter, shyer species. They're smaller and more compact and, because they don't live in fear of having their overflowing tops snatched, they're also less intimidating. Factory-produced muffins are something else entirely.

But some of us eat muffins only for the muffin top, and so we have to ask: How can we make tall, rotund bakery-style muffins at home? To answer this question, we turned to expert baker Zoe Nathan, whose book Huckleberry has us pointing at every picture and nodding at every recipe, mouths agape. 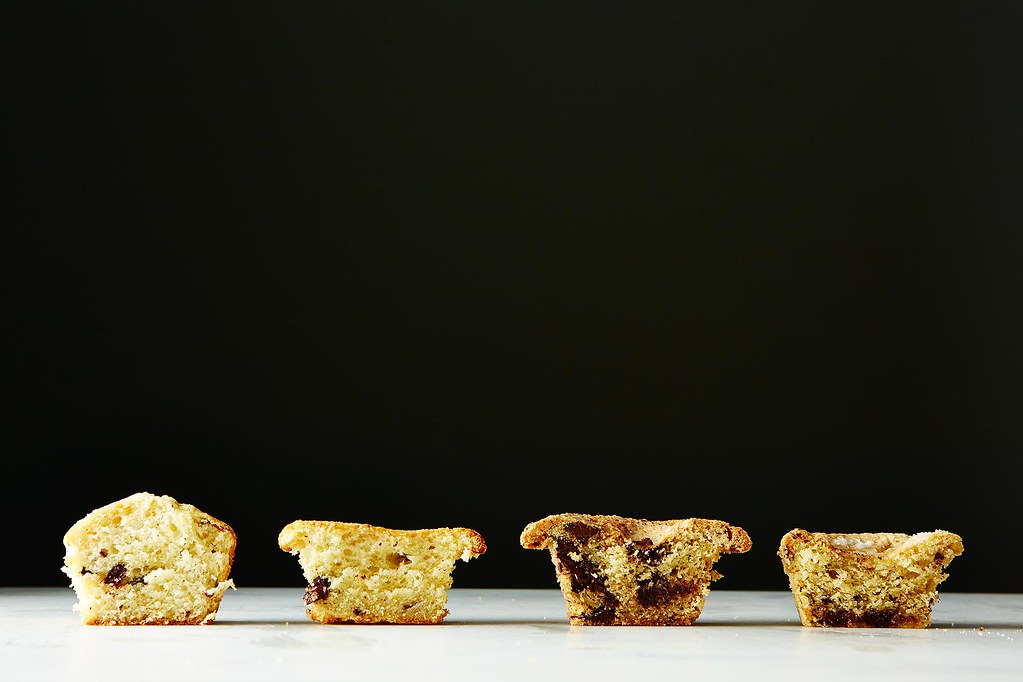 But we would not give up so easily. We decided to make Zoe's recipe for Chocolate Chunk Muffins and test out three different theories for achieving mounded muffins: 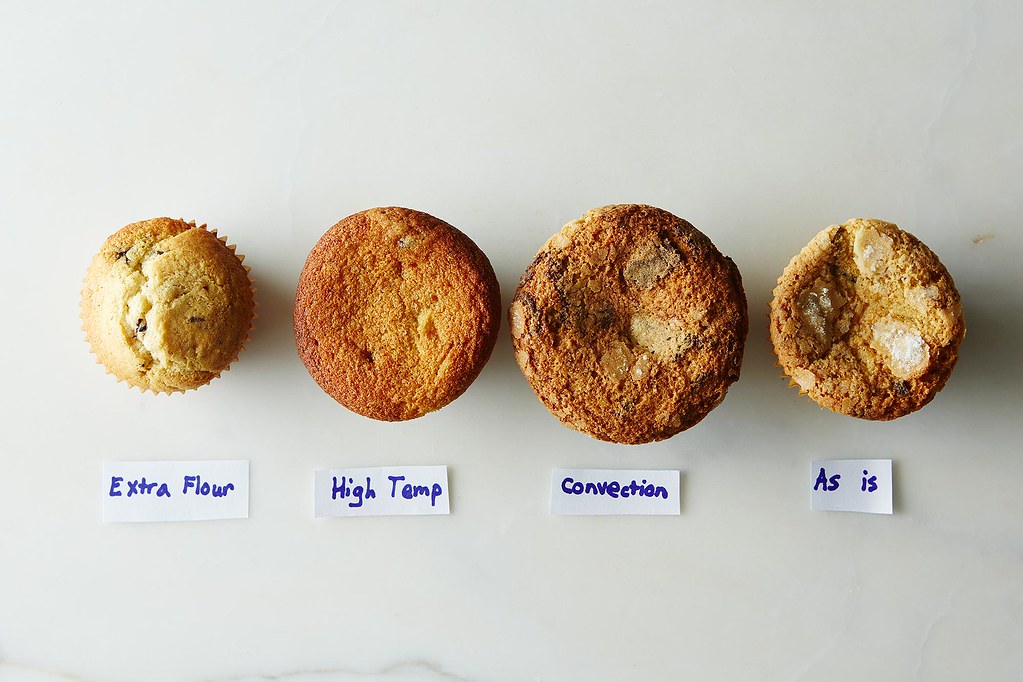 And here we go: The big reveal! Zoe was right (no surprise there): The muffin with the extra flour was the only one that rounded. It was definitely the cakiest of the bunch -- more floury than buttery, with a crumbier, dryer texture -- and tasted more like a purchased muffin than any of the others.

You can see that the high-temperature muffin developed a much deeper color. Its crunch was only surface deep -- it maintained a soft, buttery middle that a butter knife glided through easily.

The muffin we baked using the convection setting expanded outwards rather than upwards, stretching over the sides of the tin and encroaching into the space of its neighbors. (Below, we placed our four different batches of muffins in one tin for comparison's sake.) It was crunchier and firmer than any of its cousins. 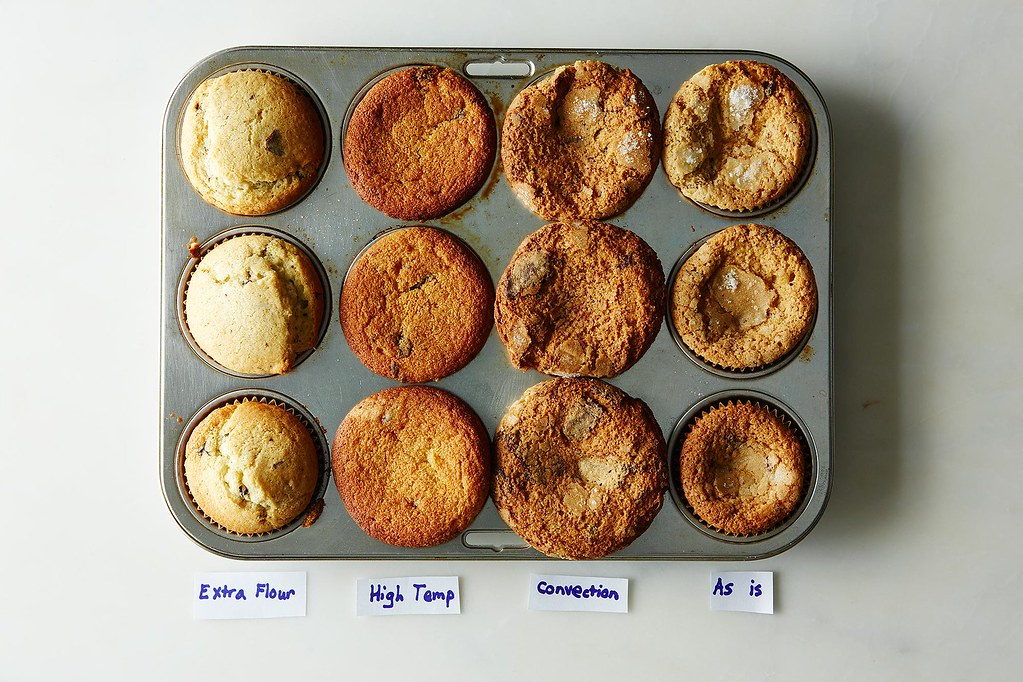 The original muffin was a staff favorite: light and buttery with just the right moisture level. Sure, it sank a little in the middle, but no one complained about it. Zoe herself doesn't understand the craze surrounding domed muffins and cupcakes. For cupcakes especially, Zoe believes that a dome would distrurb the ratio of frosting to cake and thus disturb the universe, as well. 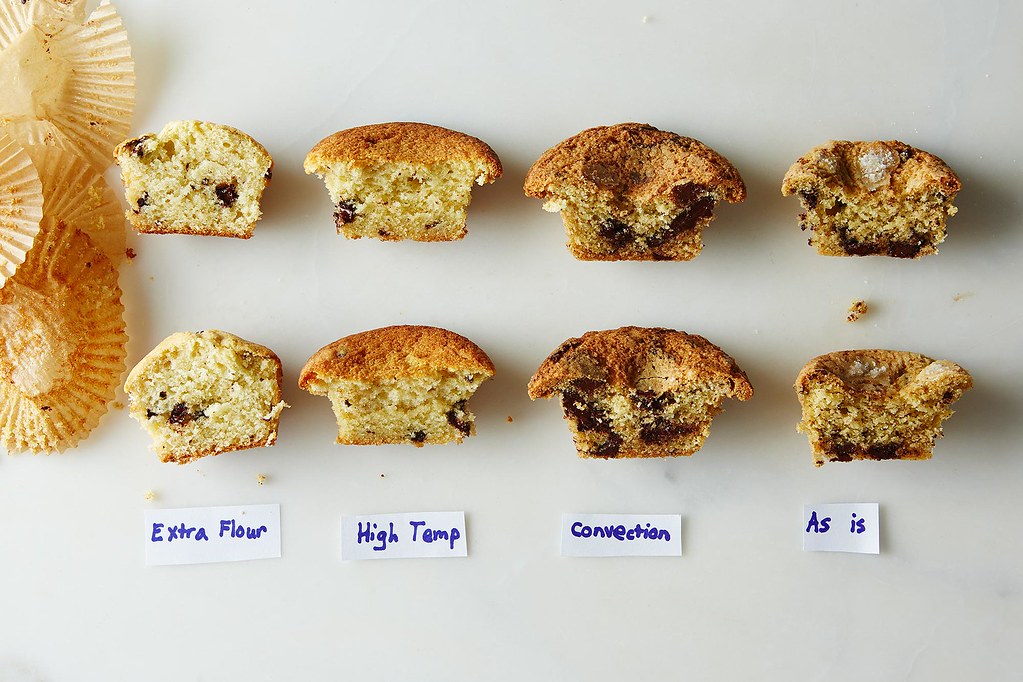 But if you dare disturb the universe -- if you just can't get the vision of muffin tops and perfectly-mounded cupcakes out of your head -- here are a few additional tips to try out:

This article was written by Sarah Jampel from Food52 and was legally licensed through the NewsCred publisher network.