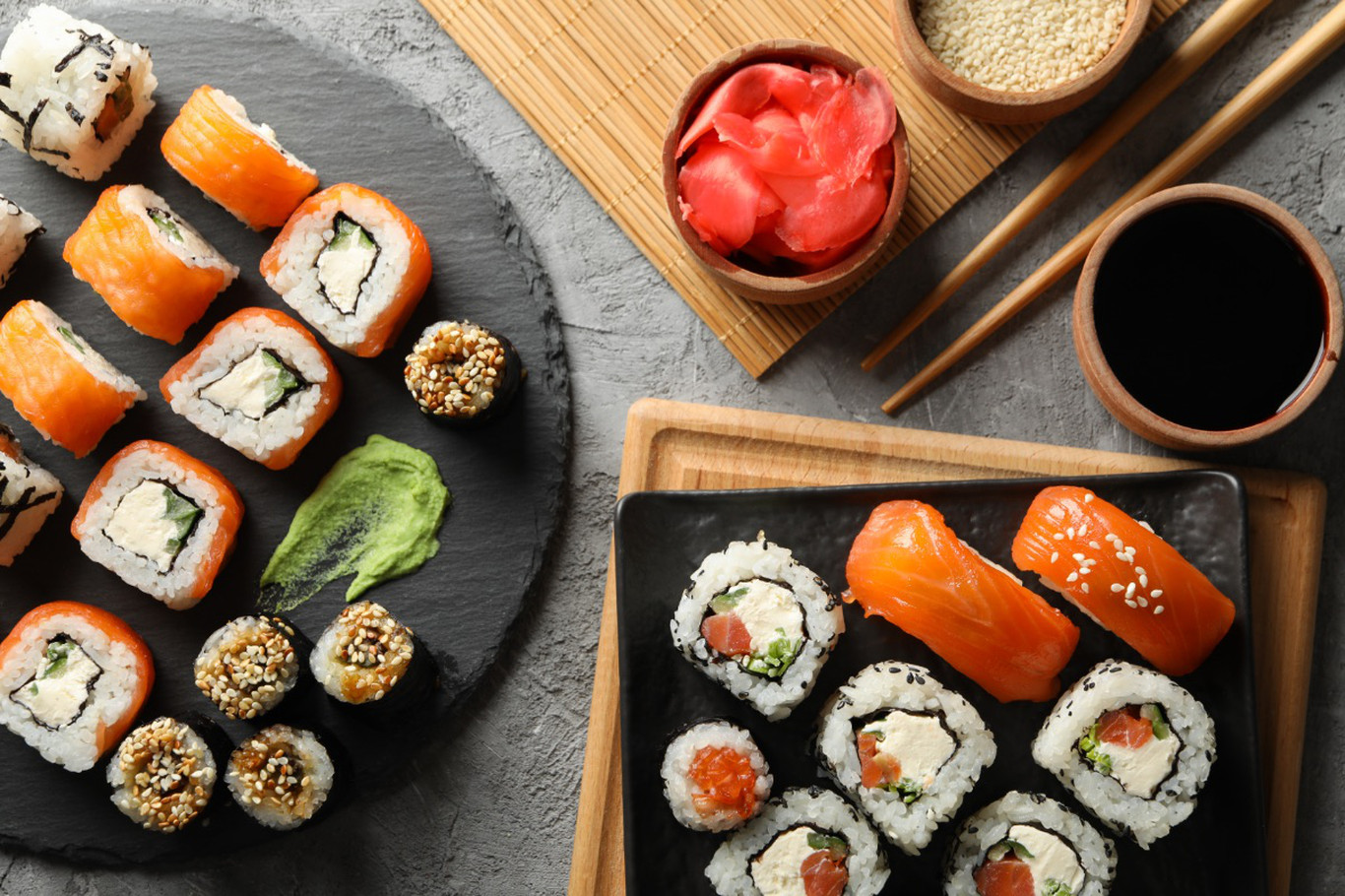 Whether part of an impossibly high-end, multi-course tasting (otherwise known as an omakase), or ordered at an all-you-can eat sit-down, sushi has certainly garnered mass appeal. So much so, that at-home cooks have begun to try their hands at becoming amateur chefs. And once you get a hang of the method, sushi is actually easy to make. The ingredients are generally raw – calling for little more than slicing, dicing, and of course, rolling!

That said, it helps to know your way around the most popular sushi rolls, whether you’re selecting off of a menu, or just playing around in your kitchen.

What Is A Maki Roll?

A Maki (Makiushi) is a traditional sushi roll that consists of fish, vegetables, rice and rolled up in a seaweed. The sushi roll will sometimes include various sauces and the meat can be either cooked or raw.

Sashimi is a thin slice of raw fish and is not a roll. There is no rice, nori or vegetable for sashimi as seen with maki. Although a slice of raw fish may seem simple, mastering the technique can take several years. Sashimi is usually served with daikon (Japanese radish), soy sauce and wasabi.

Nigiri is sushi that is prepared by putting a single slice of meat (fish, shrimp, scallops, etc.) on a hand-pressed rectangle-shaped block of rice. A small dab of wasabi is usually place in-between the rice and fish. 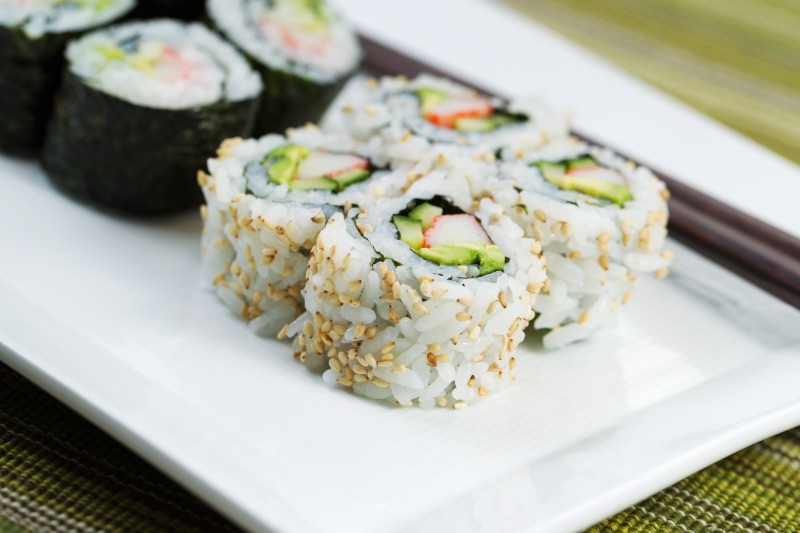 Poached shrimp is the signature shellfish in Boston roll sushi, paired with julienned strips of creamy avocado and crunchy cucumber. 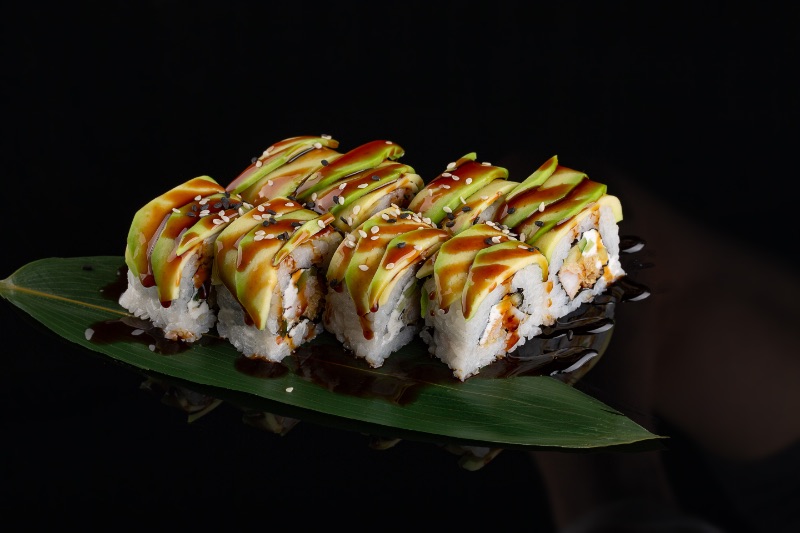 Don’t worry if you’re not a fan of heat. Bursting with bits of shrimp tempura and fresh cucumber, these eye-popping rolls are actually called dragon roll sushi because they boast concentric layers of bright avocado on the outside. The cool effect is that they look like scales!

Tiger roll sushi is truly over the top. That’s because it features two types of shellfish—airy shrimp tempura and mild imitation crab – along with cucumber, avocado, and sticky unagi sauce made from sweetened soy. 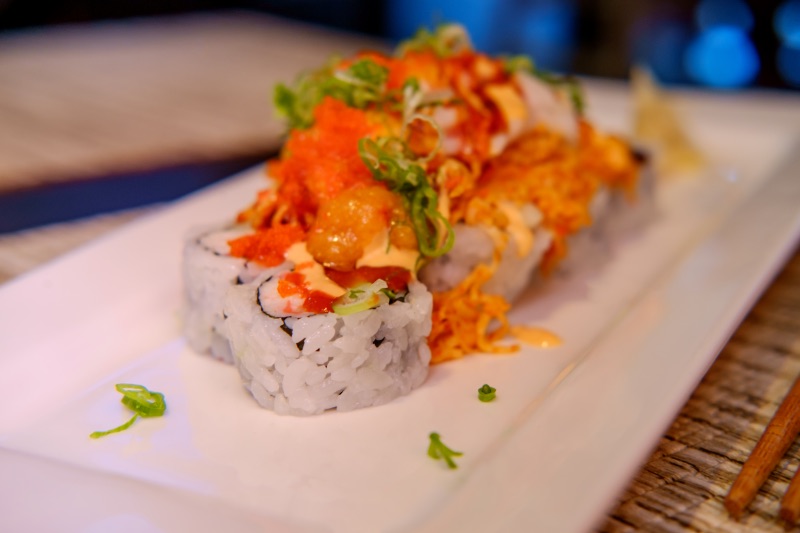 Talk about an explosion of flavors. Not only is it filled with spicy tuna and cucumber roll, this extravagant roll is served topped with a lava flow of rock shrimp tempura.

Rock and roll sushi will have you dancing to the beat of shatteringly crisp shrimp tempura, rolled with fresh matchsticks of cucumber and avocado. 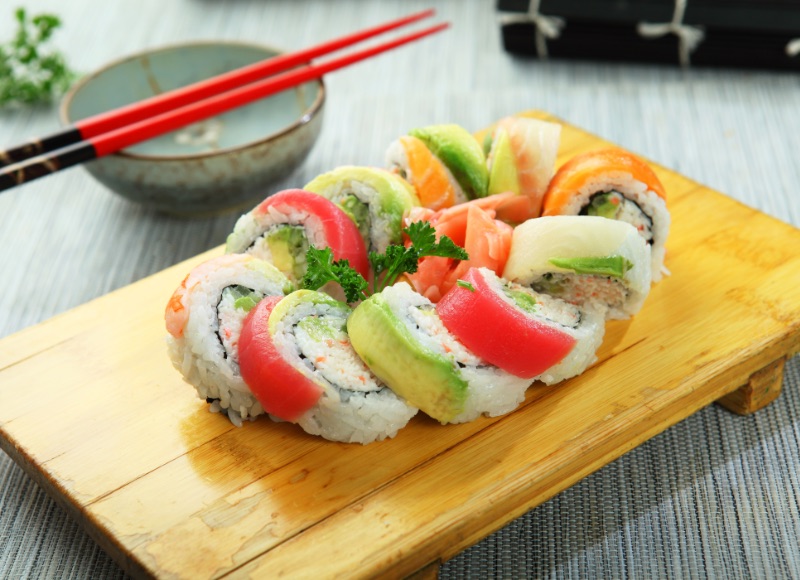 Taste the rainbow! Rainbow roll sushi is essentially a California roll, wrapped in colorful layers of fish (commonly salmon and tuna) as well as buttery avocado, instead of nori.

Alaska roll sushi is filled with salmon (unsurprisingly, considering it’s one of the major resources of the state), along with avocado. Which sounds basic, until you realize that the roll itself is formed inside out, before being smothered in panko and deep fried! 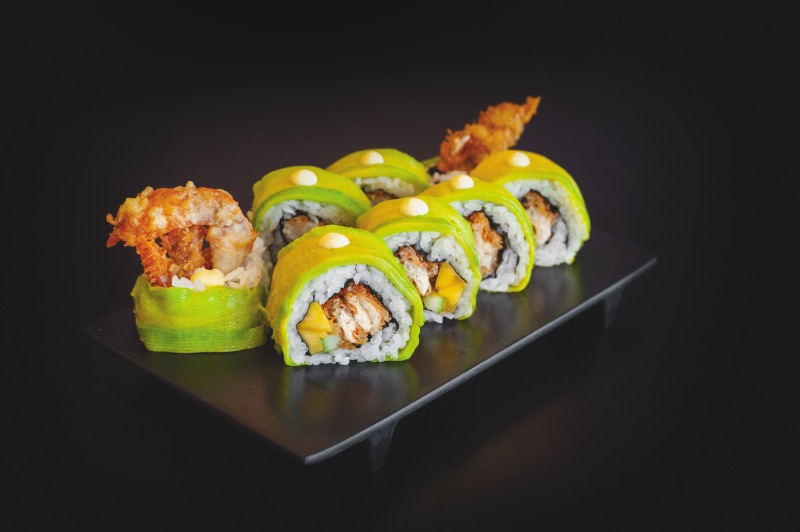 It’s got legs for days! Spider roll sushi is a type of crunchy roll sushi stuffed with battered and fried soft shell crab, and often topped with a sweetened soy sauce.

It should come as little surprise that cream cheese is the feature ingredient of this ode to the City of Brotherly Love, along with smoked salmon. It’s like breakfast in a sushi roll, with bagels swapped out for rice! 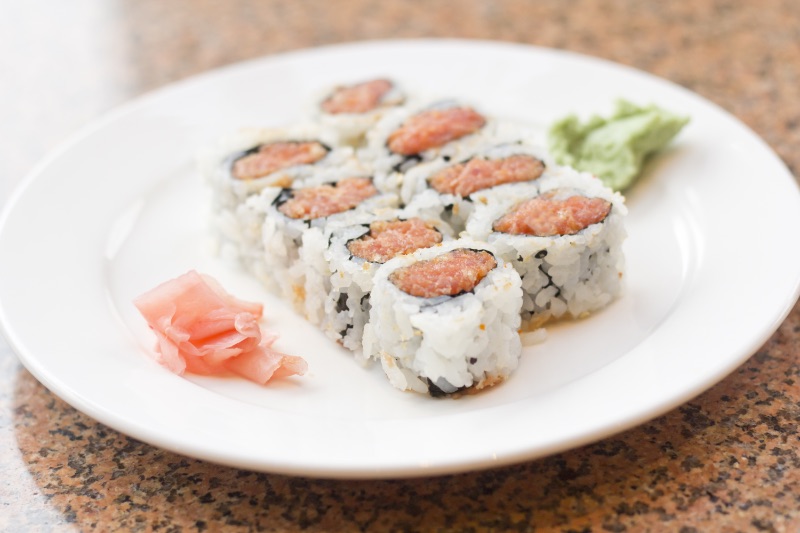 It doesn’t really matter what seafood you choose. The method behind these creamy, lip-tingling rolls is the same – combining finely diced fish with a mayo and sriracha-based sauce. 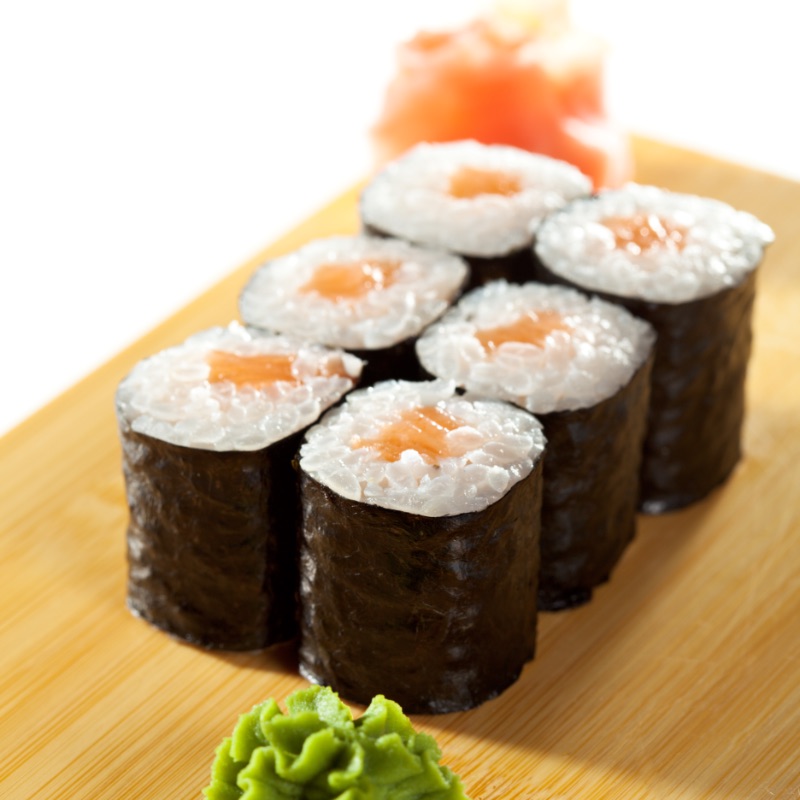 The lusciously fatty and cheerfully pink fish can be rolled on its own, or combined with cucumber and avocado. Or why not try a salmon skin roll, which contributes tons of texture and crunch – not to mention an extra dose of omega-3’s?

Not into fish? No problem. This simple maki roll is perfect for vegetarians, since it contains nothing more than strips of perfectly ripe avocado, rolled in seasoned rice and wrapped with nori.

Looking for tips on becoming a skilled at-home sushi chef? Check out our guide on How to Make Sushi! 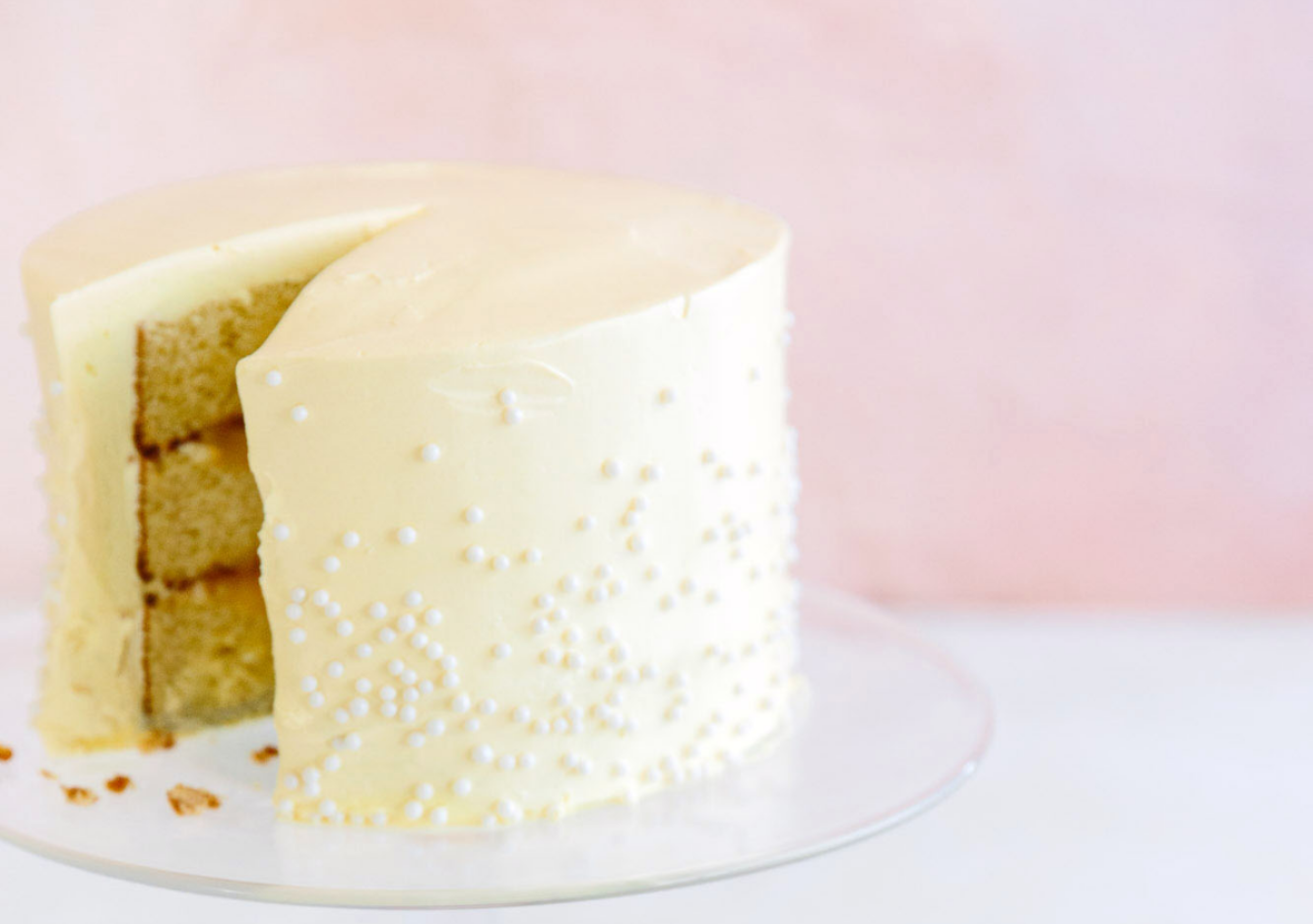 Successful cake decorating is all about the consistency of the buttercream and using your cake decorating tools to your advantage. Some frostings are more forgiving -- like...

These Italian meatballs are Whole30 approved 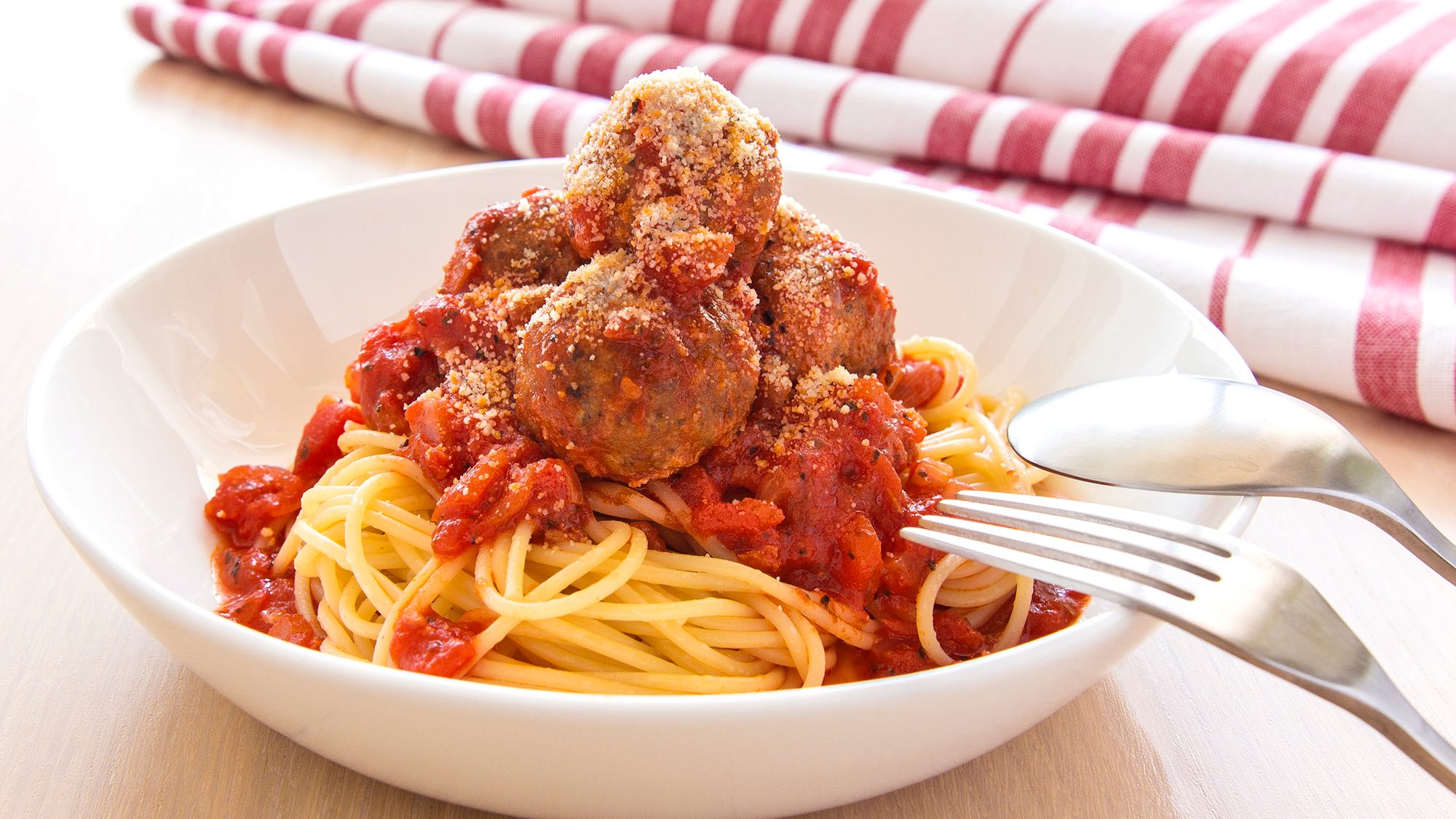 These Italian meatballs are Whole30 approved

One of the most valuable things I learned during a round of Whole30 is to seek out the foods and recipes you want to eat, and then...

Make these Naan Wraps for an Easy Weeknight Dinner 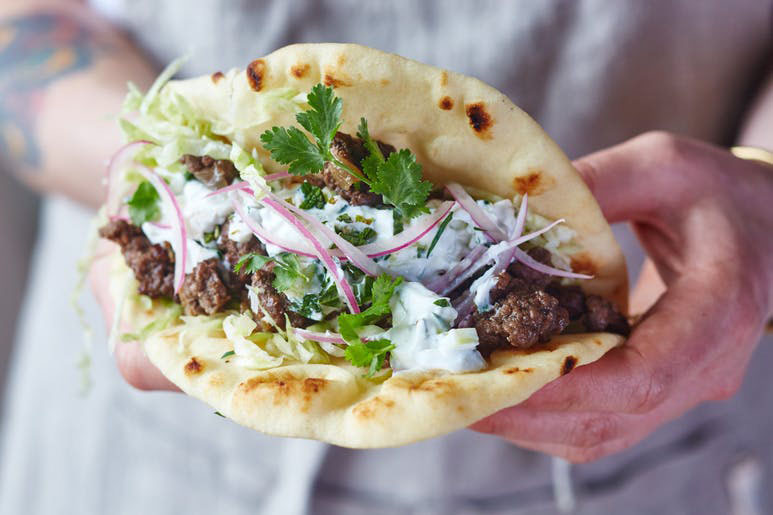 Make these Naan Wraps for an Easy Weeknight Dinner

On weekends I do my shopping at a co-op with a huge selection of food and groceries, but if I need to fill in the gaps during... 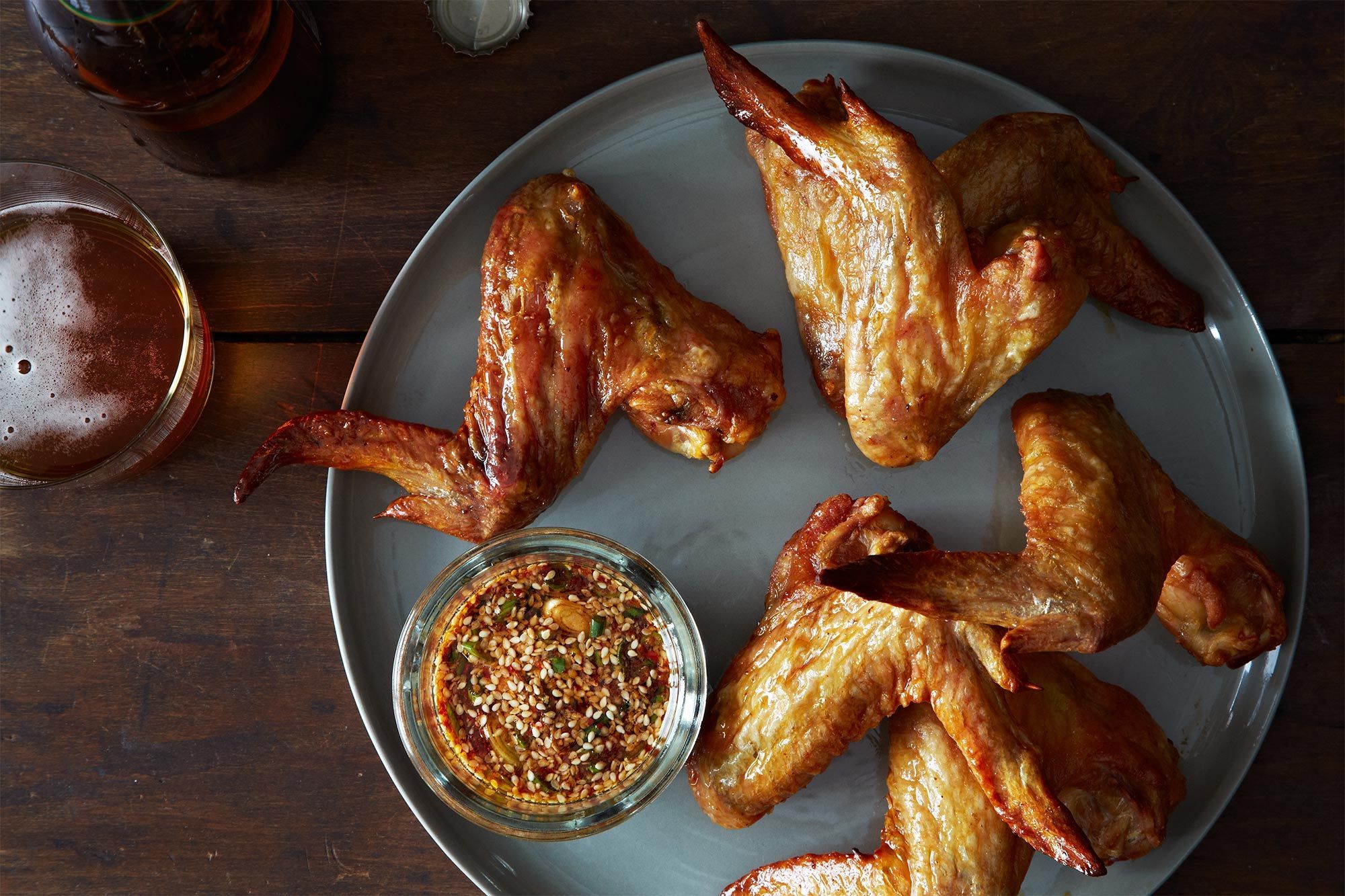 Beyond Kimchi: 15 Essential Tools & Ingredients for...

While writing Koreatown: A Cookbook, a deep dive into Asia’s most beautifully mysterious cuisine, I was sometimes challenged by language—foreign words like kongnamul muchim don’t quite roll...

5 Mistakes to Avoid with your Dutch Oven 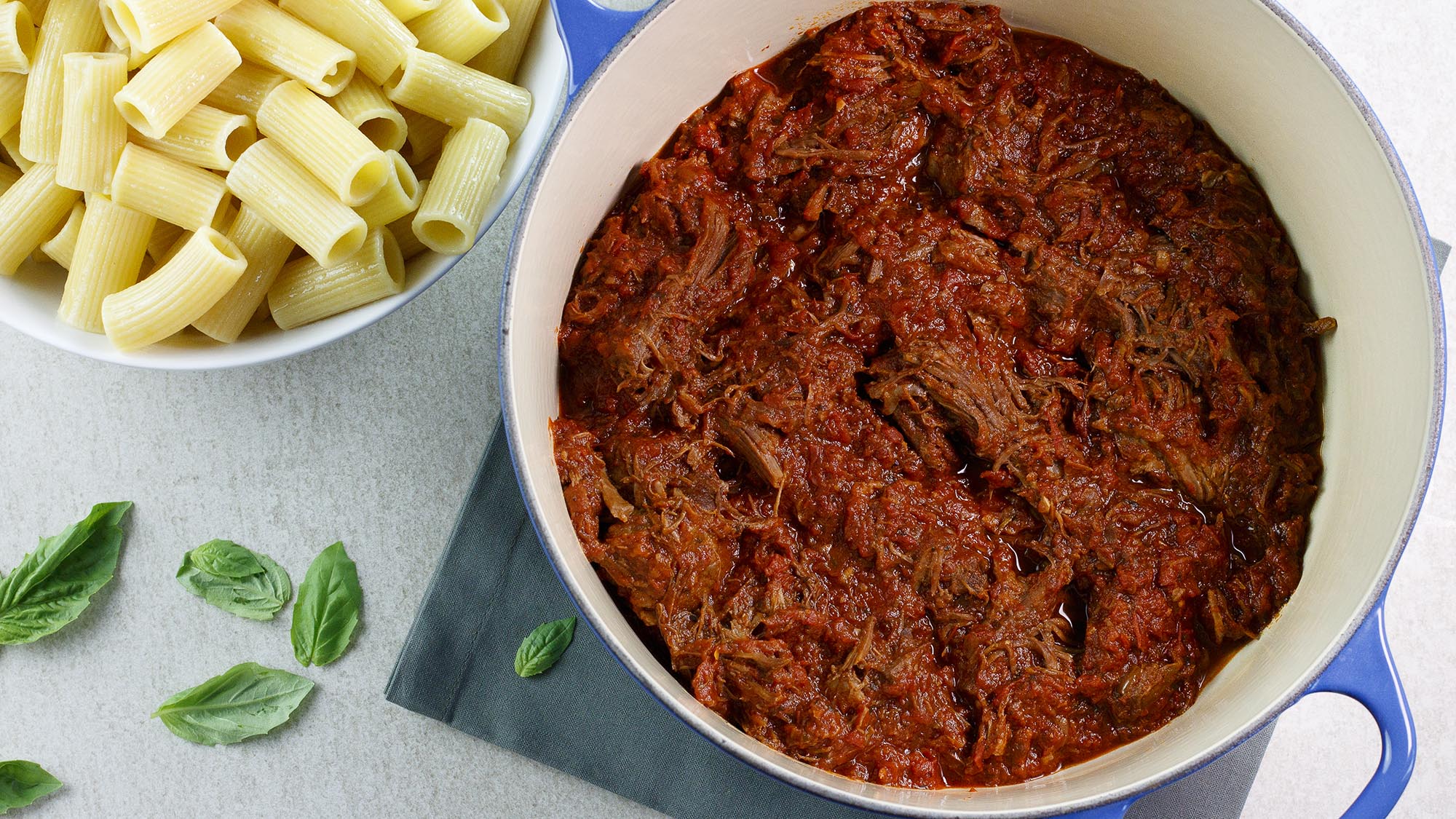 5 Mistakes to Avoid with your Dutch Oven

Dutch ovens are tools that can last a lifetime; good thing, too, because some of them can get pretty pricey. The only caveat? You have to care...